People Can Fly details what the ‘endgame’ content will look like and explains the mod system that will allow you to create imaginative builds.

Square Enix and People Can Fly have given more details of Outriders, the cooperative third-person shooter with RPG mechanics, in an extensive live broadcast that we summarize in this text and in the video that you can see below. The video has focused on three keys: expeditions, which involve endgame content; the customization of weapons and armour, essential in a looter shooter; and the breakdown of the main abilities of the Technomancer, the fourth and final class in the game to be detailed alongside Pyromancer, Devastator, and Trickster.


The expeditions: the campaign is not the end

They have repeated it over and over again. Outriders is not a game as a service. However, it is an RPG based on classes, on customization, on modifying weapons and armour, and ultimately becoming the best possible character. Therefore, although the 40-hour campaign is not exactly short, something more is expected once we see the credit titles. That “something else” is expeditions, an endgame content that will propose challenging challenges in exchange for getting the best possible equipment.

Once we finish the game, a new camp is unlocked. From there, you can go to a map table to go to the expeditions. There are fifteen completely new scenarios, fourteen of which are available from launch day; campaign levels are not recycled. These challenges require maximum coordination between the three players and work like assaults or dungeons: you have to advance killing everything that moves, passing through areas with different mechanics, and conclude with a great confrontation. The rewards are obtained by completing the challenge; enemies do not loot. 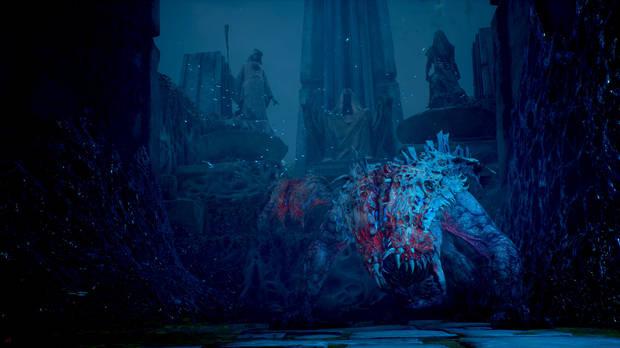 These fifteen expeditions will be played and replayed repeatedly, thanks to the tiers or levels. The higher the tier, the better rewards, but also more difficult. Also, within each tier, bonus rewards are obtained depending on the time it takes to complete the expedition; for example, one of those shown does not offer a bonus if it takes more than half an hour to complete, and all bonuses are unlocked if it takes less than 16 minutes.

A replay will be necessary to level up the team and tackle higher-tier expeditions. Although the maximum character level is 30, weapons and armour can reach level 50. On paper, expeditions are a very replayable and challenging challenge, although it is not the only one; Remember that there is also the Word Tier that will allow us to replay the campaign activities with greater difficulty.

Customization of weapons and armour

These high difficulties will force us to do what fans of team-based RPGs know as min-maxing, tinker with the skill trees, establish synergies between them and our weapons and armour, and modify the latter. None of this will lack in Outriders, which will feature more than 350 modifiers, weapons of all types and rarities, armour to modify and much more.

Modifiers are passive abilities equipped with weapons and armour and are divided into three tiers that represent the usefulness of that mod. Some can increase the rate of fire, others the damage and some allow to obtain the other classes’ elemental powers of the other classes s or enhance those of the chosen class; the latter, by the way, can only be equipped on armour. 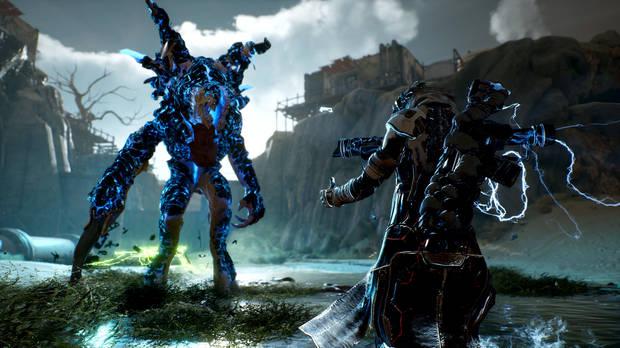 The creation system allows you to tweak the weapons in different ways: raise their level, change their rarity, and most strikingly, change their variants; that is, we can take an assault rifle and transform it into a sniper rifle that will have equivalent statistics and a similar design. There will be a type of weapon that will not allow you to do this, the legendary, very powerful tools, difficult to obtain. With such groundbreaking abilities, they can be the center of the strategy for customizing the class.

But players can use even those legendary weapons for a system that has surprised us. The powers of weapons are modifiers themselves. We can break the weapon to keep the modifiers and then put them on another weapon. Thus, we can have gadgets that poison and electrify at the same time, to give a quick example. The possibilities are expected to be very wide.

The Technomancer: a shaman armed to the teeth

The last class that we had to know from Outrider is also one of the most versatile, and in appearance, one of the most difficult to handle. He is a character who uses the energy of the Anomaly to intensify the power of his own weapons, especially those at a distance, such as assault rifles and especially the sniper rifle. That does not mean that it is a less active class that forces us to stay away from combat, rather the opposite: it puts turrets, freezes enemies and is the only class that heals allies. 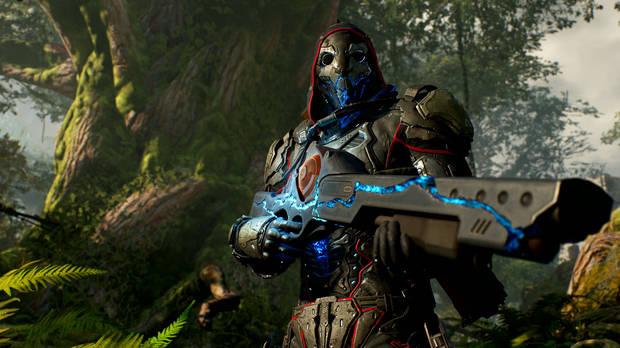 Its arsenal shows that it will be a recommended class for those who can pay attention to the general rhythm of combat; On the one hand, it incites to attack from a distance because it has damage bonuses with sniper rifles, but on the other hand, you have to be next to the chaos to put the turrets. In fact, these can be healed if we use the ability to heal near them. By the way, he heals a percentage of all damage dealt by himself or his gadgets.

People Can Fly has revealed five of its eight skills:

These abilities and the three that remain to be revealed will modify their statistics and/or their behaviour according to the power points assigned to the three skill branches: Pestilence is focused on increasing the damage of ranged weapons; Tech Shaman increases the damage of the turrets, increases the freeze time of the enemies, allows more healing and offers a second chance if the Technomancer is going to die; and Demolisher is a balanced branch since it offers bonuses in all abilities and when using the melee ability it poisons in addition to freezing. 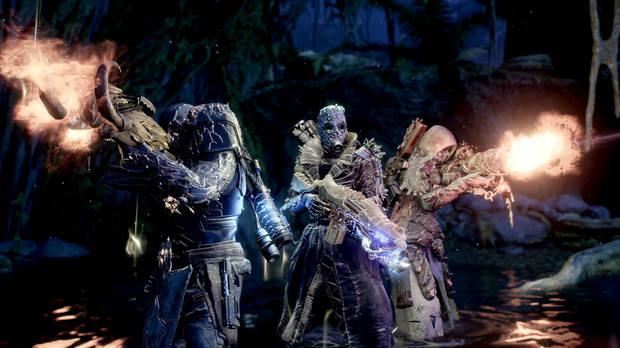 Its release date was postponed to 2021

And this is all that the new Outriders presentation has left us. Square Enix postponed the game for a few weeks, taking it from December to February 2, 2021, when released on PC, PS4, Xbox One, PS5, and Xbox Series X / S with cross-play across all platforms. Also, those who purchase the version for current consoles will upgrade to the next-gen edition for free.