Ratchet & Clank make a turn back to PS4 with a spectacular adventure, entertaining and highly recommended for all!

It is a very entertaining game, colorful, with humor and with a high pace, which does not lead you to boredom. Graphics are spectacular, but we wish the gameplay would have enhanced Similarly, a little more elaborate but without losing the essence. It is possible to finish the game by using just a few weapons without trying the new ones because the game doesn’t force us to use different types of arms. Also switching between numerous weapons during combat is not an easy task, although they have included a new system for shortcuts. 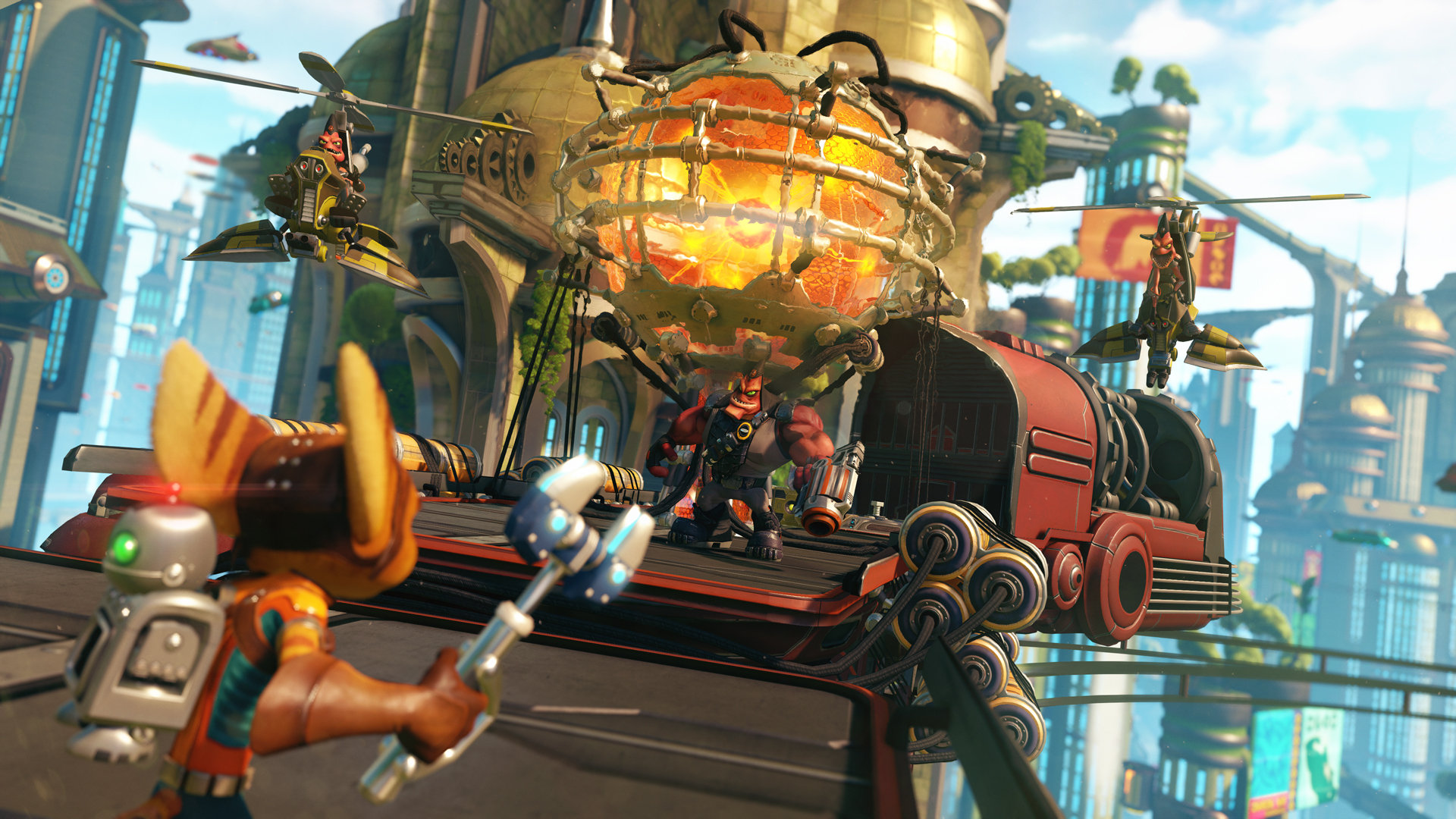 There are new levels featuring Clank, puzzles centered that are somewhat weak, some other level where you control the ship, and the ability to fly freely with a jetpack on one of the planets, which changes the stage completely. But everything is governed by the same simple mechanics, which was fine for a 2002 game that began a franchise, but in 2016, it may be better to go with something a little more complex. In any case, it is one of a kind entertainment and quality adventure game, something that we are not very used to when it comes to video games for all audiences.

The game can be completed in 8-10 hours (if you choose to play it on hard difficulty it will take longer). Another addition is New Game + in which you keep the arsenal and improvements of the previous game, but get a new score multiplier that increases and maintains if you do not get damage, and that allows you to get a lot of raritaniums to unlock the version omega of weapons, which we can go up to level 10 and complete the collection of letters, something wasn’t available in the first game. 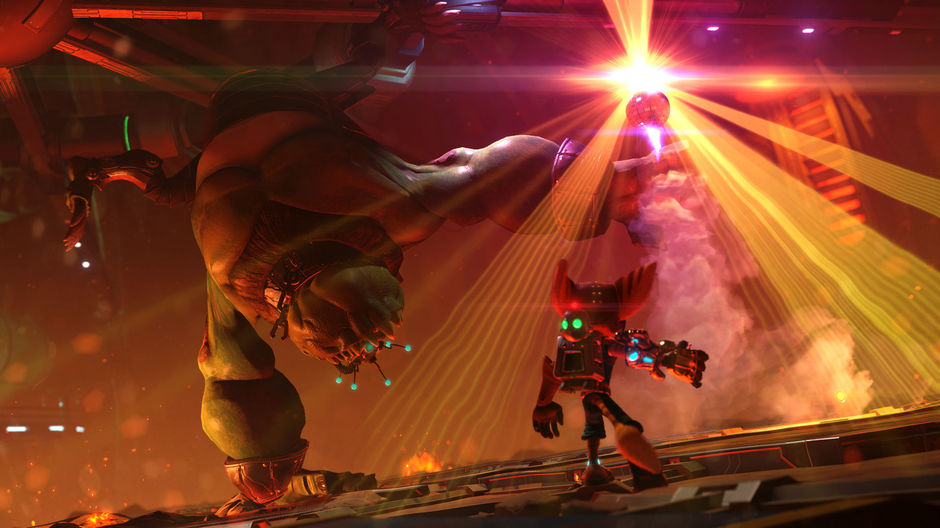 Graphics and sound in the new Ratchet & Clank looks great , easy to say that the closest you would have ever seen at a game resembling a CGI movie which we usually see in cinemas, it is a pleasure just to play and enjoy in this colorful and striking world, witnessing the cool animations of the characters and enemies. The music is subtle for an action adventure game, with beautiful melodies and rhythm, and the character voices are excellent. 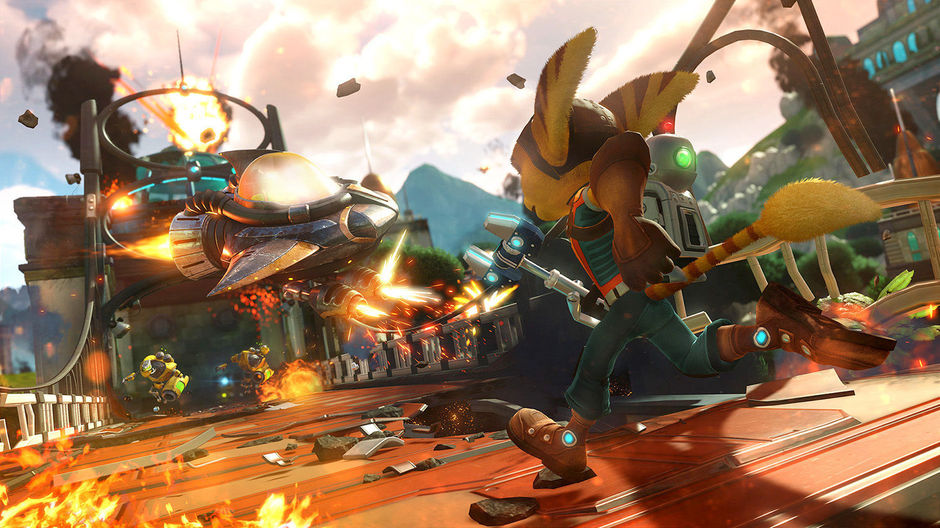 The new Ratchet & Clank is one of the best examples of how to make a good remake of a game, keeping its essence but adding enough to both graphical innovations and to story as you feel like playing again, yet feels like something fresh and different. A very entertaining adventure and spectacular action recommended for everyone, and for the asking price it’s a must buy for PS4 gamers!