Ratchet & Clank make a turn back to PS4 with a spectacular adventure, entertaining and highly recommended for all!

Ratchet & Clank for PlayStation 4, a remake of the game that was originally released for PlayStation 2 back in 2002, by Insomniac Games who develop this great franchise. There are more ten Ratchet & Clank games made by the same studio. The new version of Ratchet & Clank has been completely rebuilt, with a new story, new weapons, and enemies, extended levels, playable situations that were not in the original, these new additions are excellent which takes advantage of PlayStation 4 hardware.

New Ratchet & Clank, retell us how the Lombax mechanic Ratchet and the sentry robot Clank met, the story from the beginning stands out from the original, with an unexpected narrator who tells the facts under his peculiar point of view. More or less the same planets are visited, and we see practically the same characters, but the cinematics, the script and the events that occur are entirely different, and scenarios have been remodeled and expanded is nothing like you remember from the original. These differences are more noticeable as the adventure progresses, and the final section is entirely different. 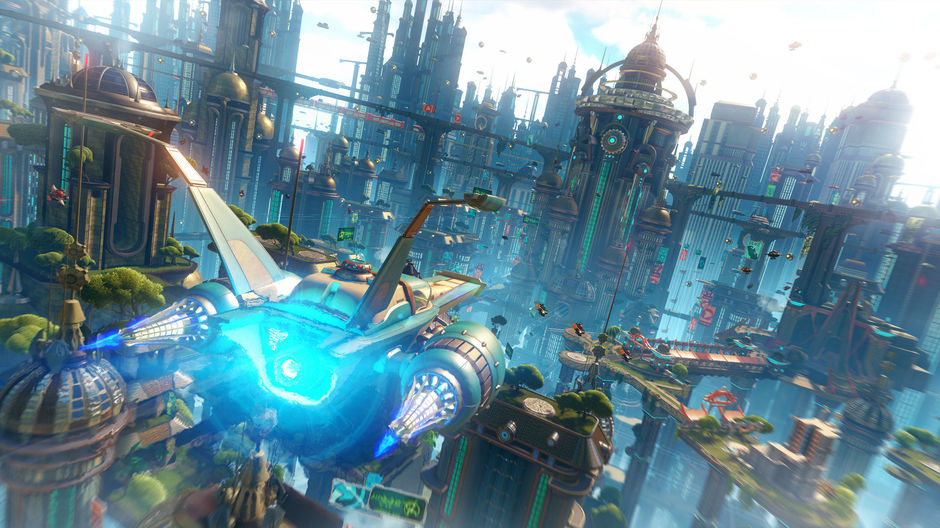 Leaving the differences aside, the game itself is much like the title of 2002, it is an adventure game with raw action above all, and in which platforms or some other puzzle sections play a secondary role. Insomniac Games has distinguished themselves throughout their career by creating very original and fun weapons, and in Ratchet & Clank, you will experience some of the most beloved and spectacular ones of the entire franchise, including some new ones.

You also have to hunt for a collection of cards, that appears by defeating enemies or finding hidden sections on the map, and when you completed certain sets you get bonuses, such as increasing the damage of your wrench, or obtaining higher percentage of raritaniums, which is a game currency that you use to buy weapons. Fighting also gets experience points that improve and increase the vitality of Ratchet. 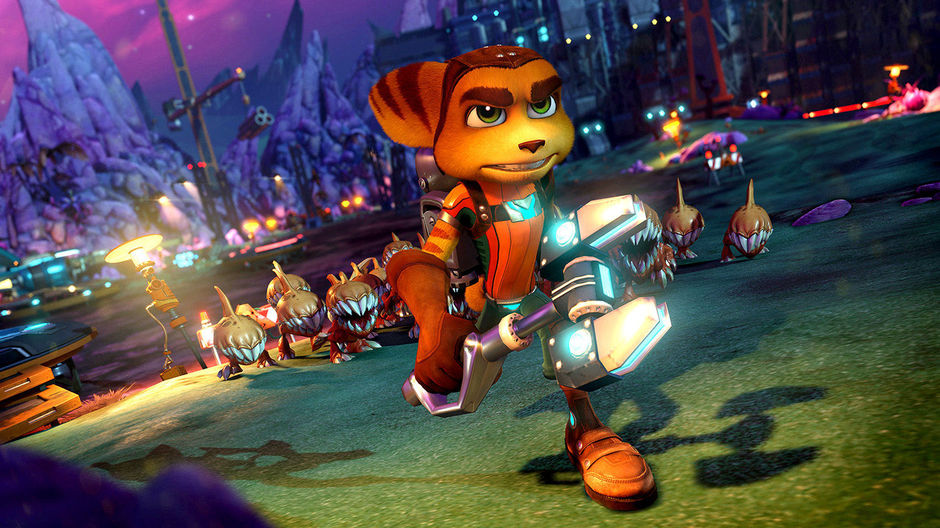 Gameplay mechanics are very simple, and as you continue the story you visited many planets have to go fighting with tons of enemies coming out to destroy you, and there are some moments of simple platforms to overcome, and puzzles that needed to be solved such as a panel to open doors or activate mechanisms, which involve moving laser beams in the proper position, or shooting buttons at a range.

Splinter Cell: Ubisoft updates the brand in the face of a possible announcement
December 13, 2021