Simple menus and simplified gameplay mark this year's Just Dance 2018, which now has a dedicated section for kids.

Taking an annual delivery of a video game for eight years is exhausting, as the producers of some of the great series of the last decade know. Just Dance has been releasing a new game every year since 2009 and always manages to occupy high positions in the annual sales lists. Finally 2018 is right around the corner and one of the best selling Ubisoft game is here.


Since then he has not left the list of the 20 best sellers every year and has remained faithful to the Wii. Few games are allowed such number of versions: for the second consecutive year the game comes out on the three desktop platforms of Nintendo in addition to PS4, PS3, Xbox One and Xbox 360. In addition, comes with quite important developments that will have to see how they host fans. 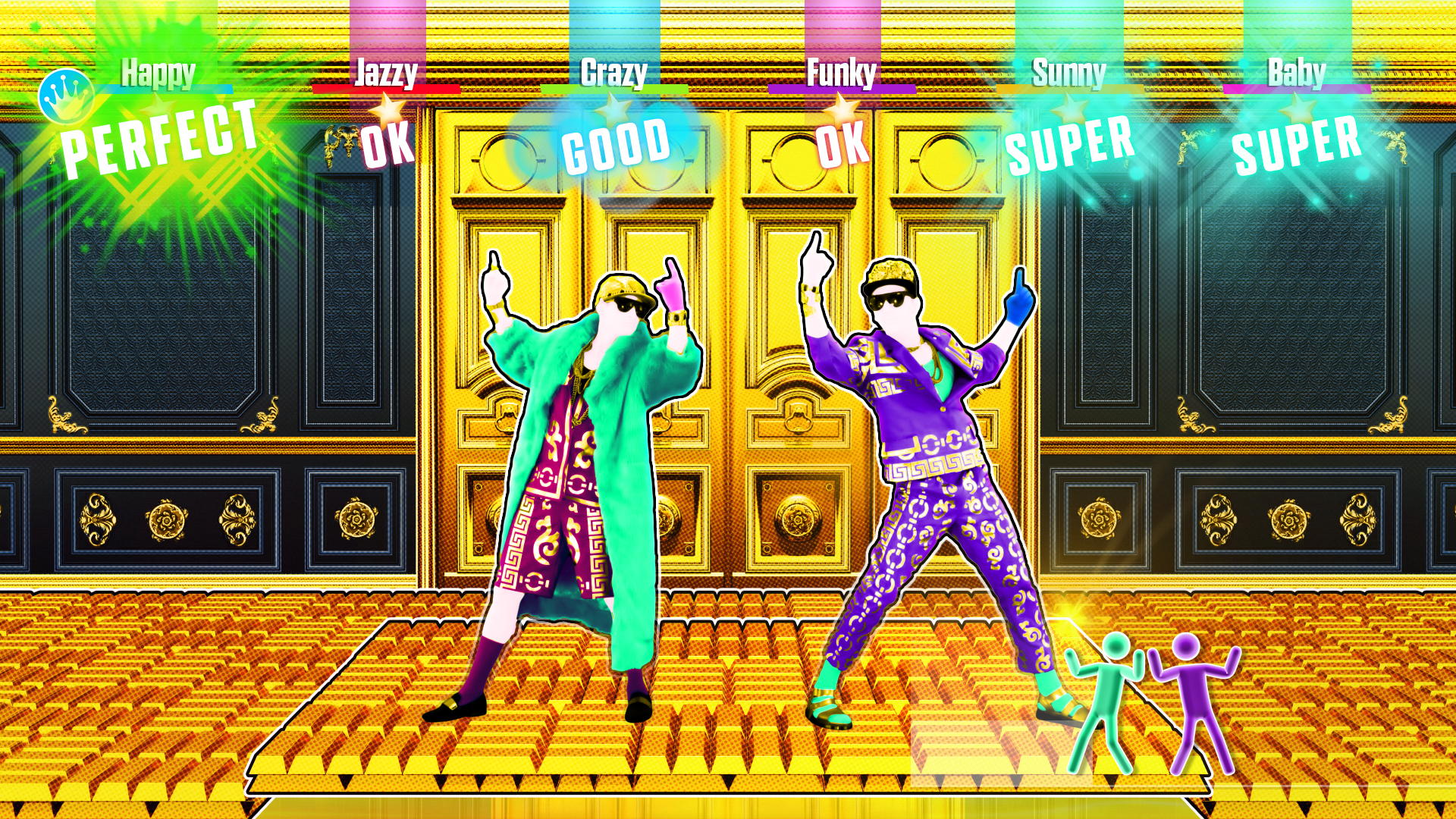 Just Dance has always had the main objective of having fun in social gatherings, arriving and starting to have fun with friends, the more, the better. But it has also had a more oriented side to learn dance steps and a certain sense of progression that, for example, last year was reflected in a kind of story mode. The 2017 edition became too complex with modes that had slight variations and options spread across the menu without being connected to each other. 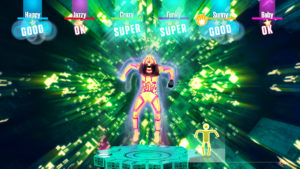 This year Ubisoft Paris opted for the opposite: interfaces as simple as possible and extreme limitation in game modes. This has made it much easier to handle the game, and the same options serve to practice as a dancer at home or to spend time with friends. Just Dance 2018 picks up some successful options from last year’s game and rewards those who had it as it recovers the level of player we had in the dancer card of last year and uses it as a starting point for the current game.

Among those options that are maintained and, in this case, are enhanced-are the mojo points. When you dance a song, level up or meet one of the three daily goals you get mojo points that you can then enter into a machine that dispenses balls that contain different unlockables: background stickers, avatars, new songs, special choreography … Initially, there is a good number of songs to choose from, so it does not bother to take out balls to get more options, and yes it is a good incentive.

The Kids mode is a success, and it is well presented

Responding to this interest to simplify the navigation of the game and to be clear, in the main menu you can only access the dance card and the three modes: Kids, Just Dance and World Dance Floor. The first, the most important novelty, is dedicated to children. It is true that in the previous games the children could dance almost any subject, but not all were indicated for the little ones whereas now the parents can calmly let them play in this way knowing that everything is designed for children between 3 and 6 years old. 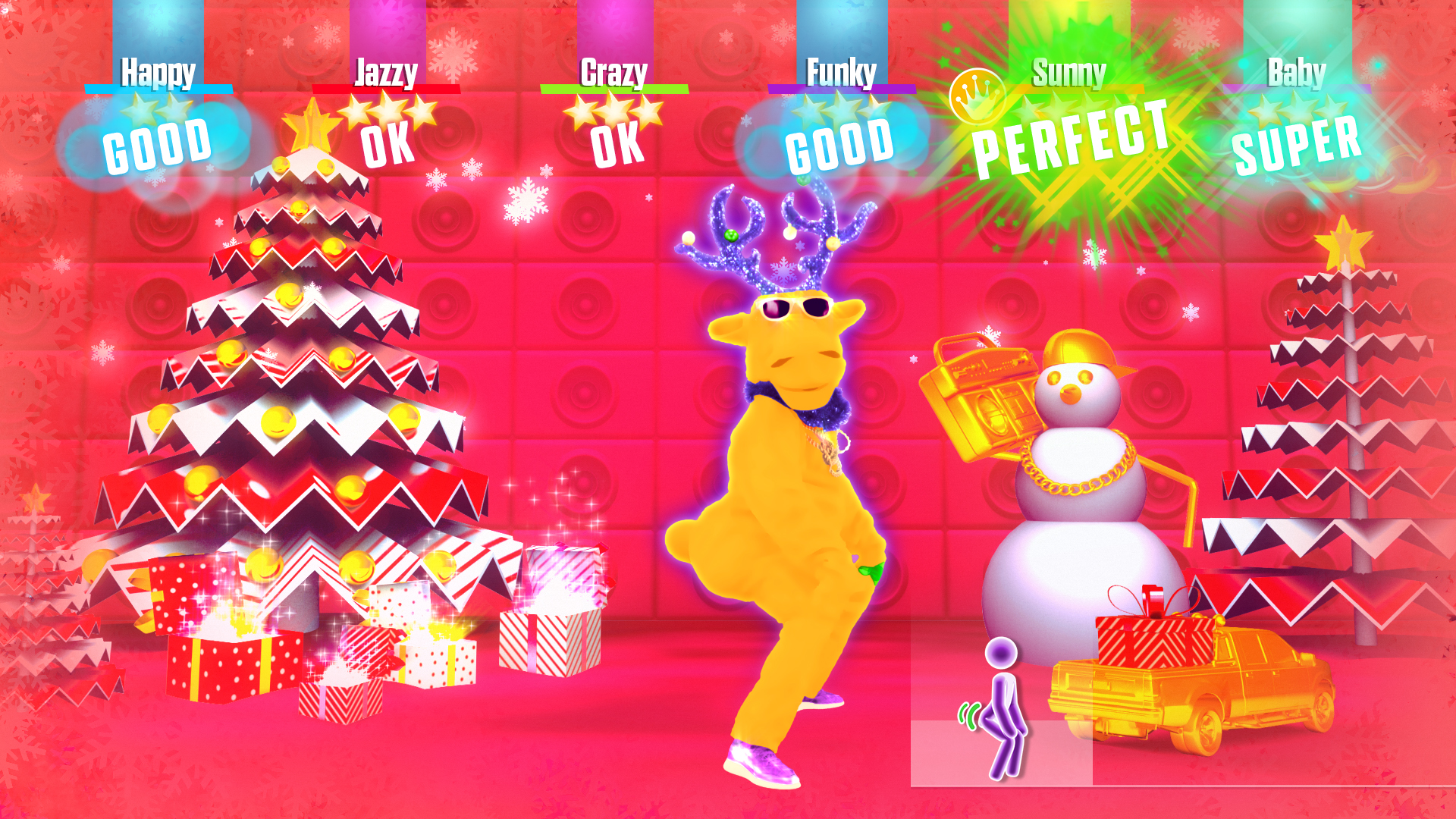 Ubisoft has taken it so seriously that they have participated in the development of an expert in children’s choreography and a conceptual artist for children who have prepared dances designed for the psychomotor abilities of the smallest children. The scenarios present worlds full of defiance, and with childish motifs, the avatars are related to the theme of the song, and the stars are more easily achieved to animate the children so that the children feel more motivated and understand without problems how to play. This mode has eight children’s themes, which include “How far I’ll go” from the Disney movie “Vaiana”, “Itsy Bitsy Teenie Weenie” from The Sunlight Shakers or the “Footloose” version of Top Culture. 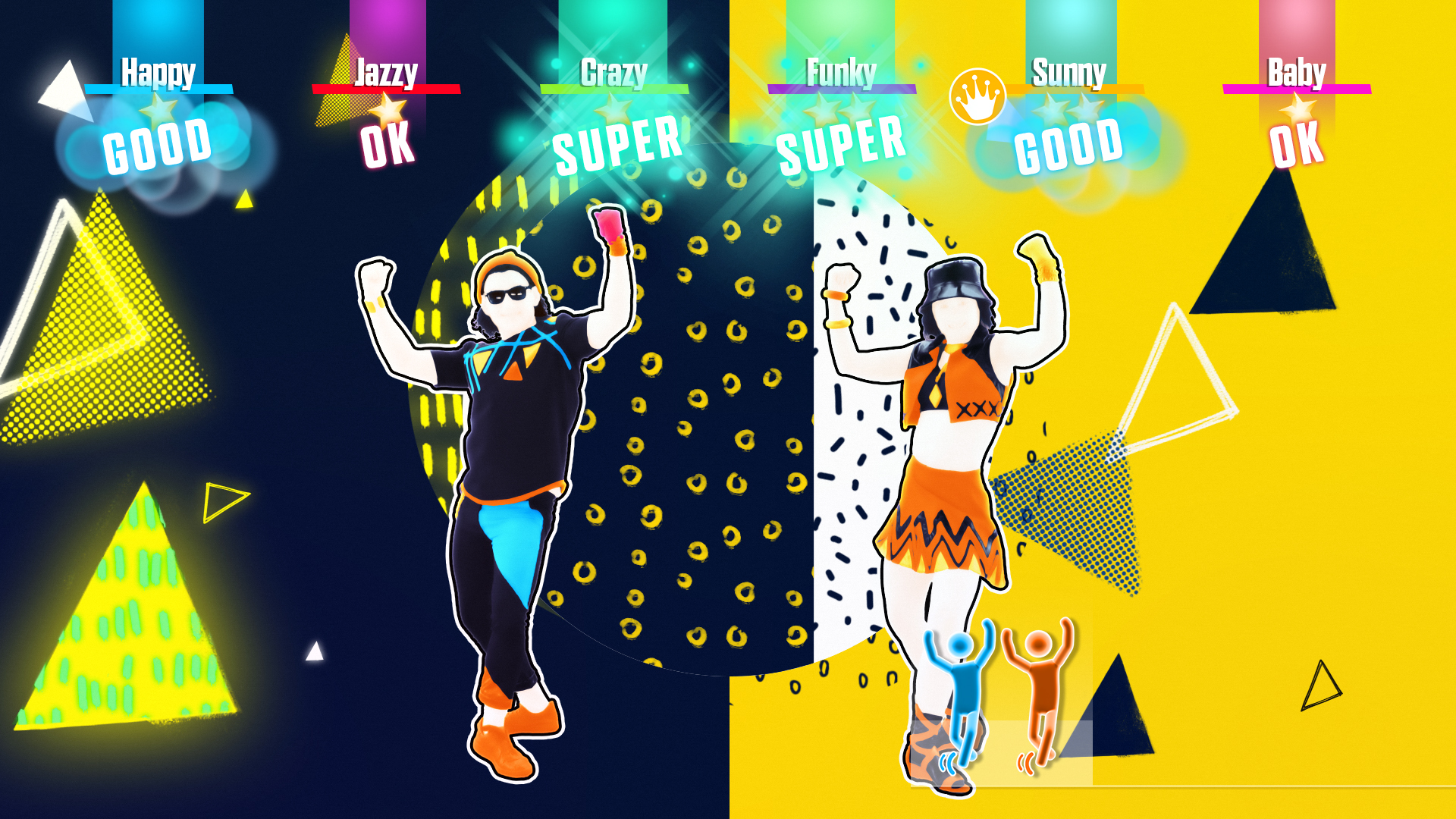 In the Just Dance mode, all the options of the game are agglomerated: you can choose only Latin themes, easy and fun choreography, establish your own list of themes, Dance Lab … In this year’s game, there are about 45 new songs, among them “24K Magic “by Bruno Mars,” Bubble Pop “by Hyuna or” John Wayne “by Lady Gaga. And there is no shortage of topics to which the studio has given a touch of humor, such as the version of the overture of “Carmen” by Bizet. Yes, it has given us the sensation that there are less old subjects that other years and most are versions, although the fact that it includes “Another One Bites the Dust” of Queen compensates. 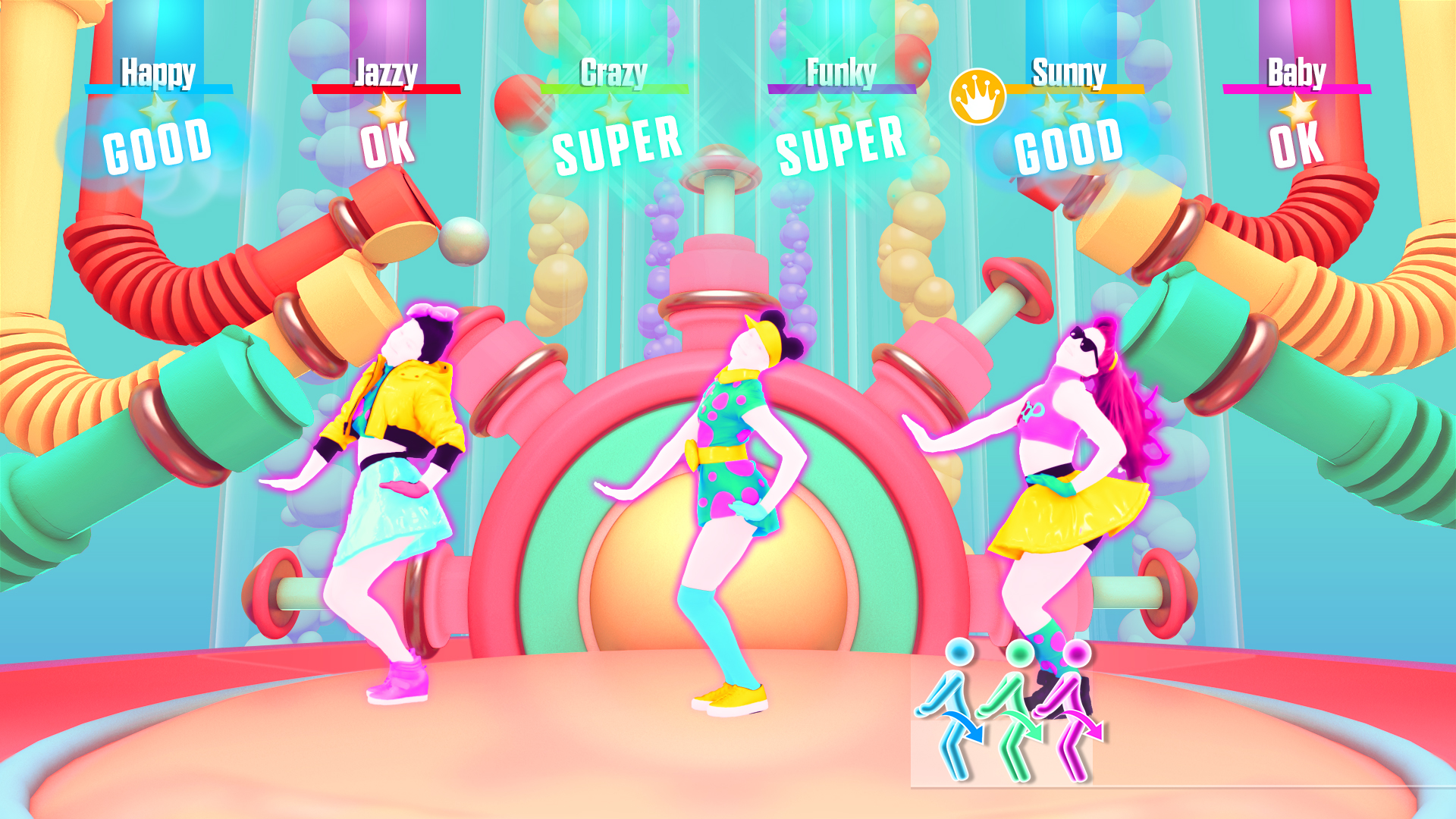 Alternative choreographies for some songs

Of some of these themes, there are, as we have said, several choreographies. For example, the omnipresent “Despacito” of Luis Fonsy & Daddy Yankee has the normal version and another extreme, and there is even some rarity like the alternative dance of “Blackmail” by Shakira FT. Maluma on the subway with the dancers sitting. 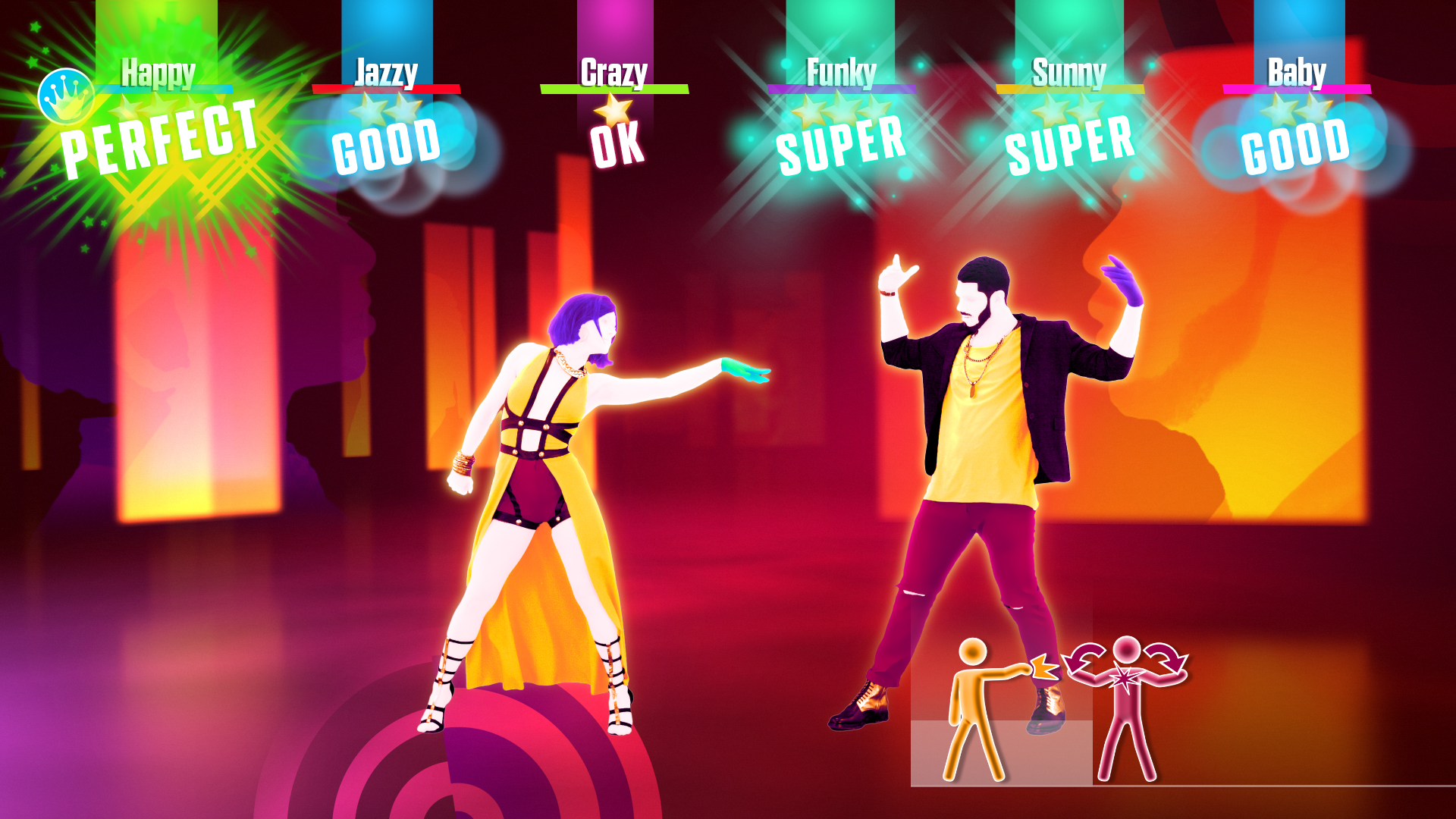 This year also includes the option to dance to spend calories, but it is included in the Just Dance mode. You can activate the calorie count whenever you want and choose subjects, or use a list designed to work your heart well. It is well integrated into the mode, and it does not lose clarity when it comes to moving around the game, or you feel lost at any time 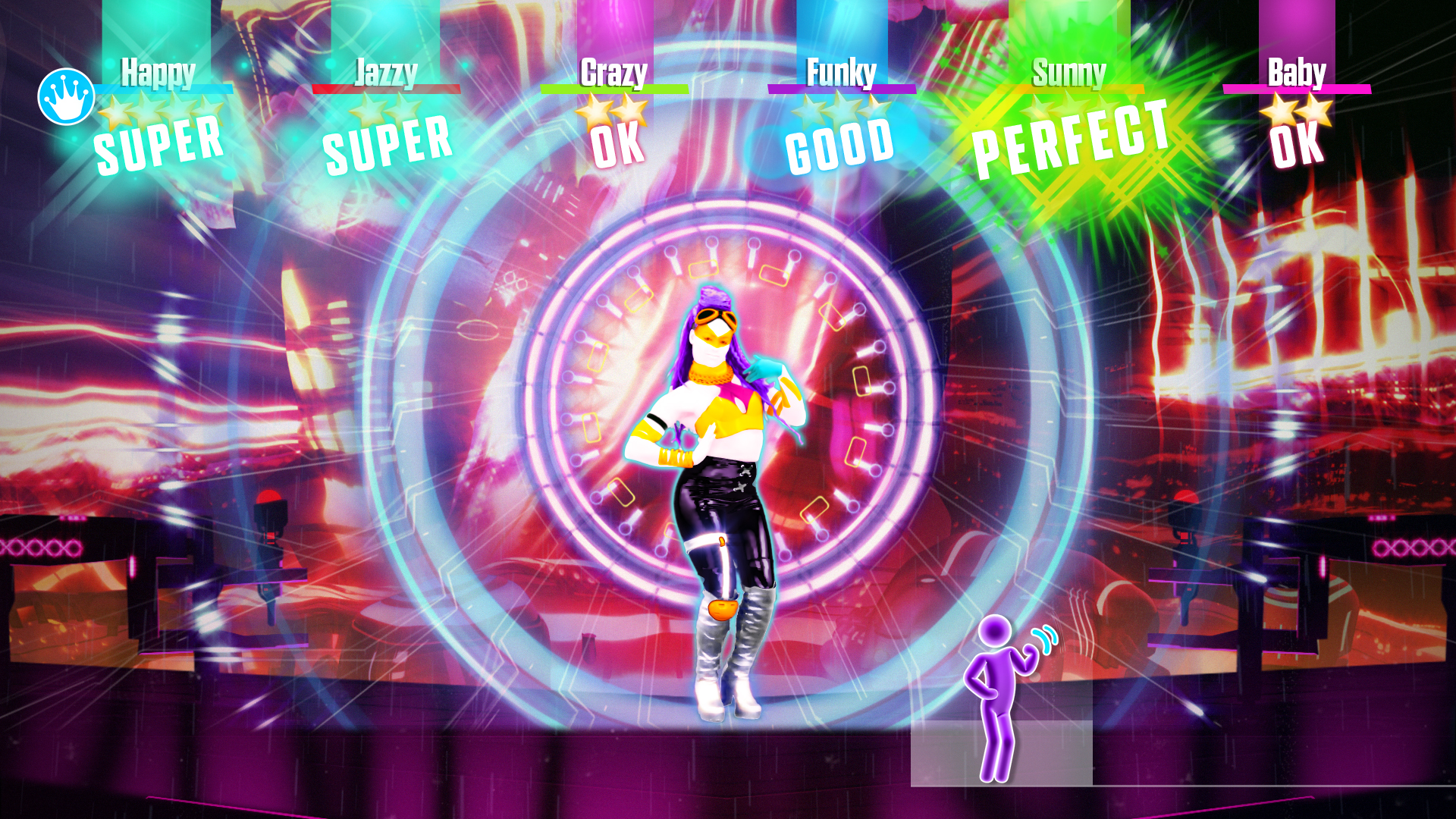 In World Dance Floor is the online game, in which we first compete against other players simultaneously to get the best positions in an eight-song tournament and then all together face a final boss to be defeated, of course, getting stars with dancing. It’s a simple formula and something rare for a musical game, but the truth is that it works well and that it was in the series. 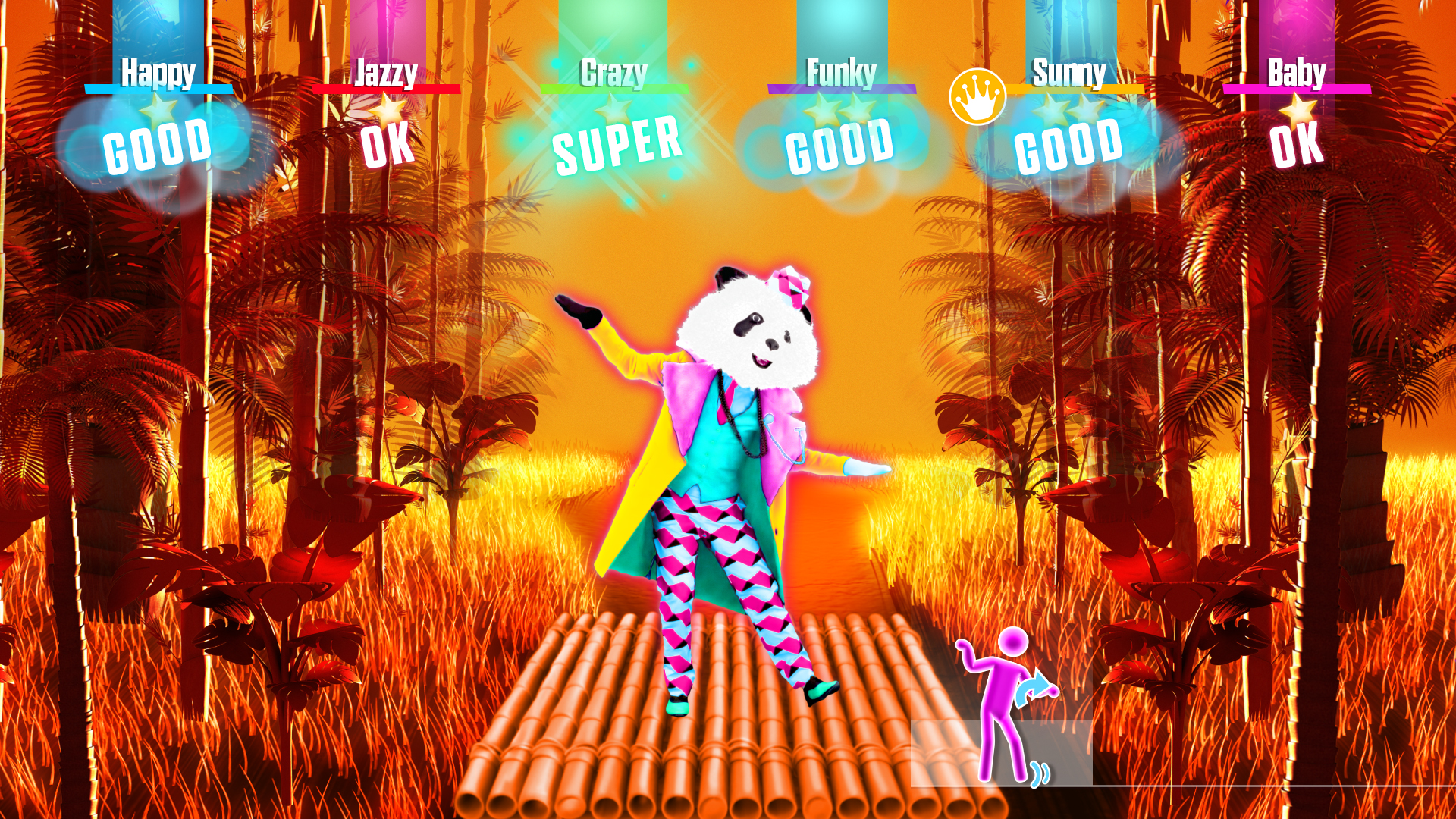 On PS4, which is the version we have tested, there are three ways to control Just Dance 2018 : with the mobile phone (for up to six players), with the console camera – which has the usual detection problems with the device, not we have improved in these years- or with Move commands (in these last two cases, for up to four players). We have tried all three and the funniest and simplest is that of mobile phones, although it requires downloading the Just Dance Controller app, but then it is very comfortable to move around the game without having to use the remote. Ubisoft hit a few years ago when he chose to use mobile phones for the game since everyone has one and it is as reliable as a social gathering requires. 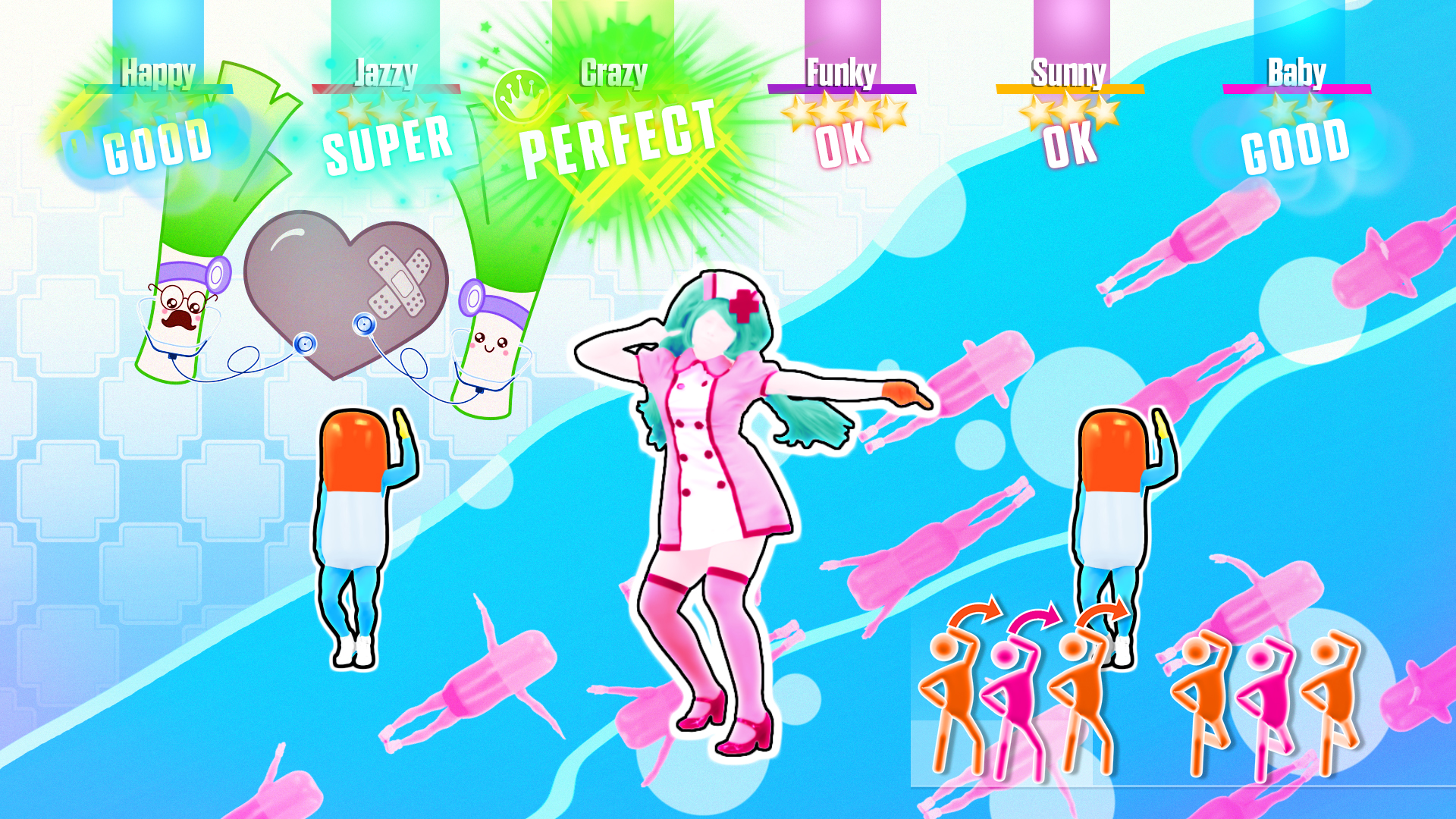 True to the visual style of the series

Just Dance 2018 is true to the visual style of the series; with videos of real dancers to whom various effects and scenarios are applied, drawn with colorful motifs, more striking than good. In the songs for children, they are specially cared for, with some elements that seem to interact with the dancers. 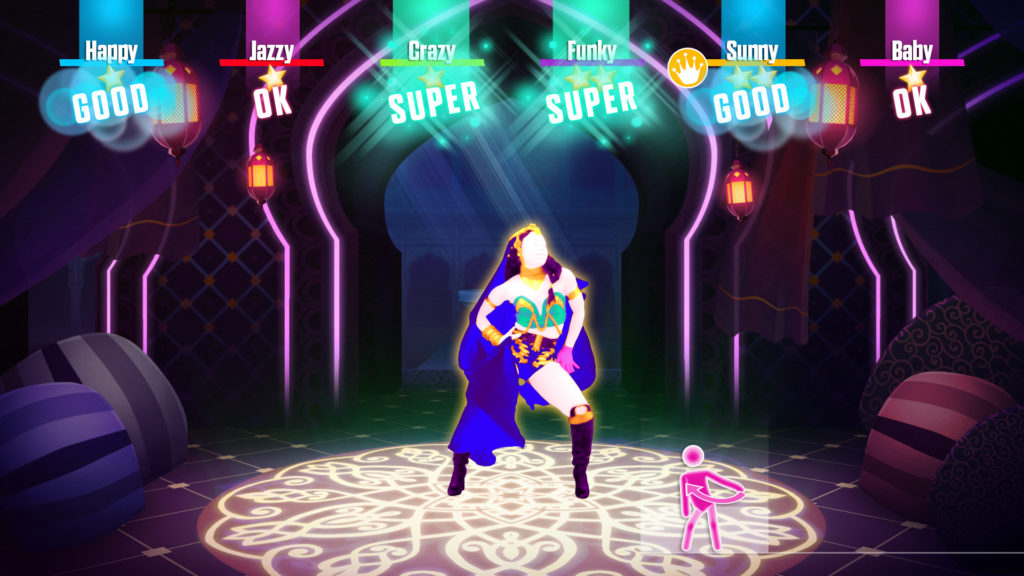 The themes chosen this year are varied, and there are unquestionable successes that should have been, but it gives the feeling that the catalog is a little lame in classic themes and original versions, bearing in mind that it is the most successful dance series of these years. In addition, having almost no game modes relies too much on Unlimited, the catalog of all the songs that have come out in the game in recent years. It is true that when you buy the game, you have three months free, but then you have to pay the subscription, and you already have too much weight.

Last year Just Dance renewed its leadership among the musical games, occupying the 14th place in the most sold listed in all the platforms, and it did it on Wii, a console that is more than ten years old and with which nobody else has. The series is entering a decisive period in which we must see if the version of Switch, with special content, manages to take over and keeps the neon dancers on the best-selling lists or if we are reaching the end of a stage.

We prepared this review on a PS4 PRO with a copy provided by Ubisoft.

The filming of the Mortal Kombat movie is over and postproduction begins
December 15, 2019

The Last of Us Part I opens in the UK as the best-selling game of the week
September 5, 2022