The legendary RPG is coming off with an entertaining, loaded with well designed adventure content.

Last year we had the chance to enjoy Hyrule Warriors’ a Musou in the universe of The Legend of Zelda (exclusive to WII U) and now it is the “Dragon Quest Heroes turn. A franchise that has not been introduced to the West, or at least not as much as it was intended to be. But that has always been attractive to Western gamers, thanks to the distinctive designs of Akira Toriyama, creator of the legendary Dragon Ball.


With this title the classic RPG franchise shifted and transitioned to the action genre in a very successful and natural way, without losing their identity along the way. It is obvious in every detail that it is made by Omega Force Dragon Quest under the strict supervision of Square Enix. Taking care of the reputation of one of its most beloved and prestigious franchise, which is celebrating their 30 year anniversary next year. 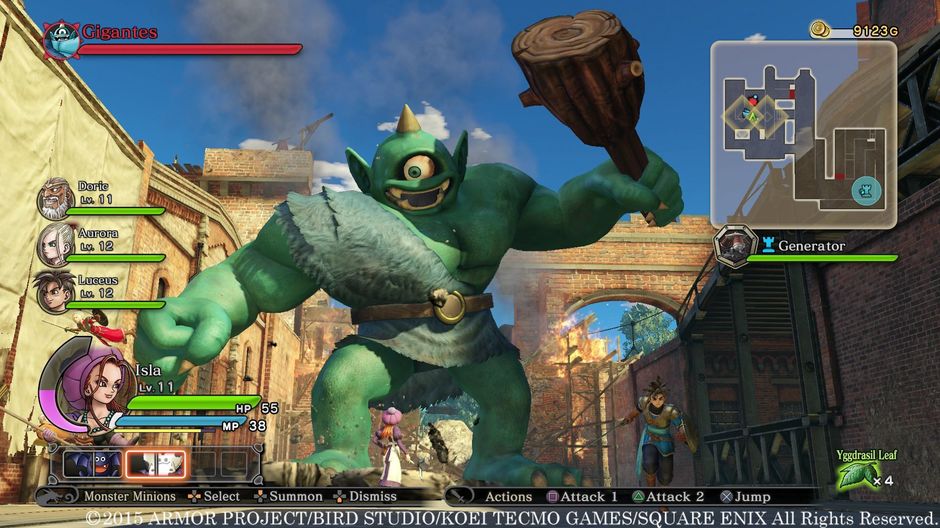 Encounter dramatic confrontations with the bosses.

Heroes, enemies, locations, supporting characters, shopping, music, everything breathes the lovely aroma of Dragon Quest, who managed to have all known characteristic details of the series present.

As a shooter, Musou may not be as complex and deep as others, and is playable in its possibilities where fans of the genre can perhaps feel a little disappointed as Omega Force who is focusing more on creating something more simple and accessible. Depending on how you look at it, it can become a defect or a virtue If you were never attracted to the Dynasty Warriors. Dragon Quest Heroes can be a good gateway and a real find for individuals that enjoyed Hyrule Warriors. 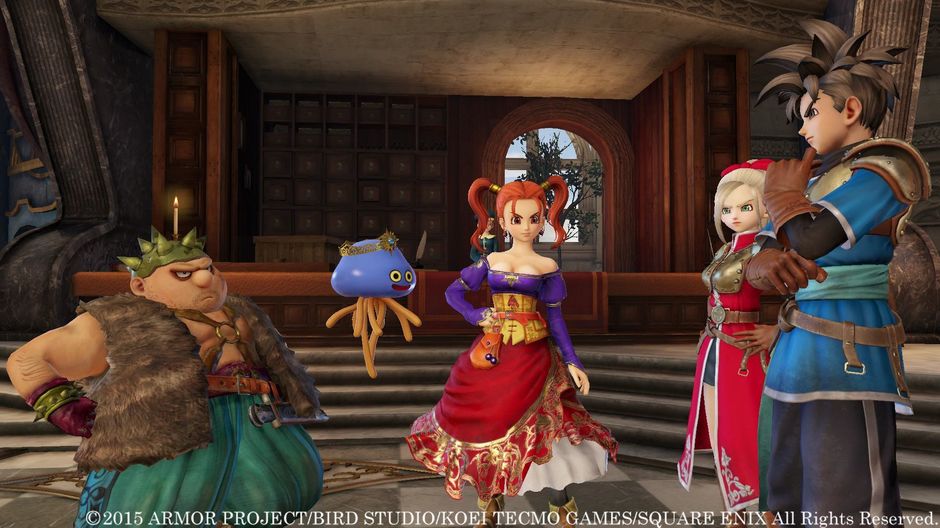 Back to meet people like Jessica and Yangus we will bring fond memories.

The first thing that surprised us when playing Dragon Quest Heroes is that it has enough plot charge, and they have managed to create a story that justifies the union of these characters even though they are from separate universes. The characters are quite talkative and the correspondence during each scene is well put together. When beginning the adventure you have to choose between two original characters, Luceus and Aurora, which we can baptize. With time new heroes join such as Doric and Aila-created, Alena, Kiryl and Maya Dragon Quest IV, Norris DQVI, Jessica and Yangus of DQVIII , and Bianca Nera of CVD.