New gameplay shows the editor-in-chief of the Daily Bugle, who enters the scene at a somewhat complicated moment where Miles and Peter Parker appear.

Game Informer has released new short gameplay of Spider-Man: Miles Morales, the open-world action-adventure that Insomniac Games is preparing for the launch of PlayStation 5 and for PS4. The video shows J. Jonah Jameson, the editor-in-chief of the Daily Bugle for the first time.


The scene has its touch of humour. Miles Morales walks into a shopping mall while trying to stop Rhino, one of the final bosses in the adventure. Going forward at full speed while destroying everything in their path, Miles, Peter Parker and the aforementioned enemy burst through the wall in the recording studio of the editor of the Daily Bugle, who dressed as Santa Claus rehearses a speech against Spider-Man. 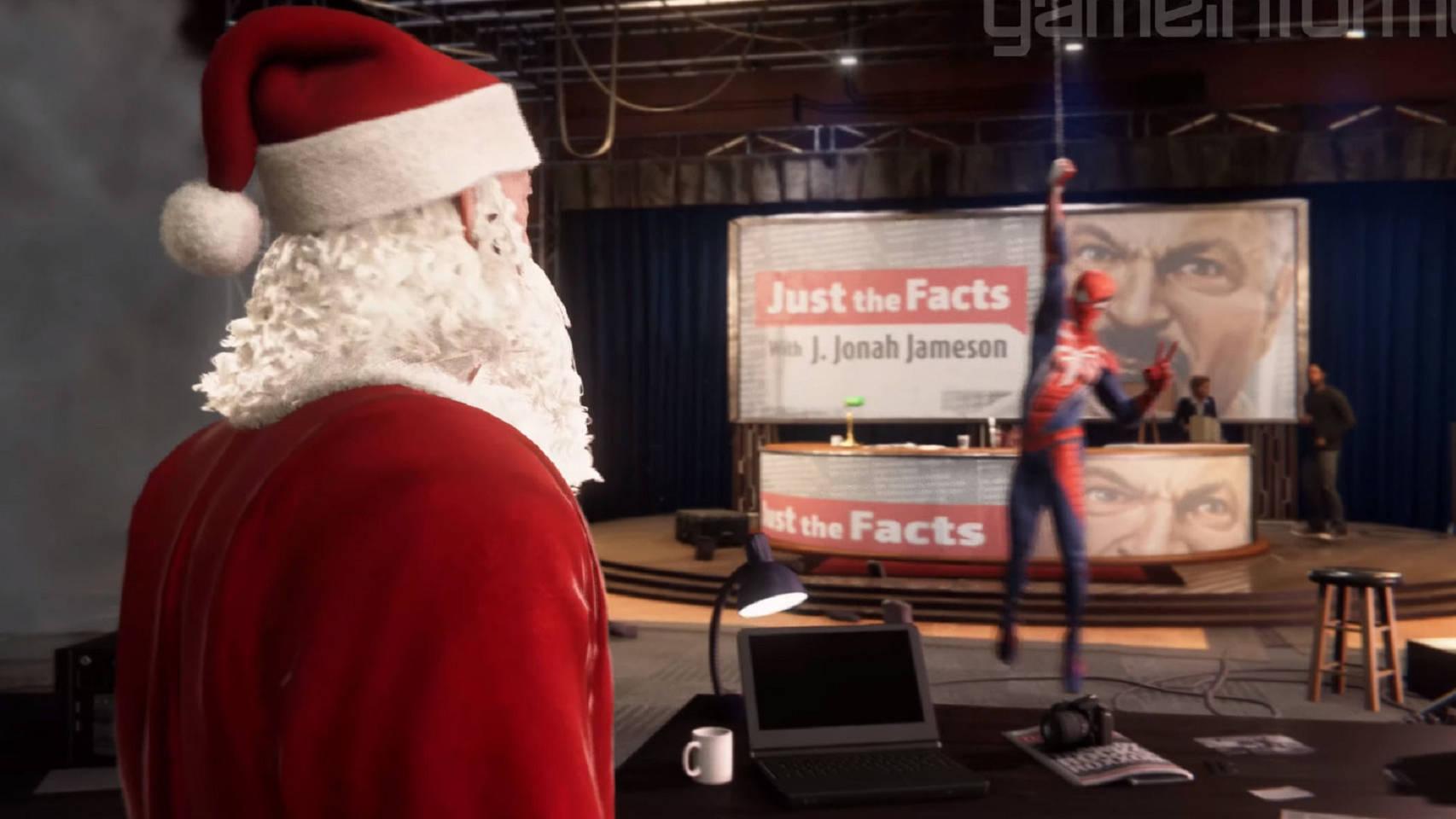 The video continues with both Spider-Man and Rhino traversing other buildings from above at blazing speeds and concludes with Miles chasing the villain down a road while on the phone with his mother. The footage is the latest gameplay published by the aforementioned North American medium, where they have devoted extensive coverage to the title.

From the combat system to graphical improvements

Thus, they have delved into their combat system, the suits with which Miles can be customized, the powers and abilities of the new protagonist, the stealth system and other details. In addition, the improvements that this intergenerational game will have in the PS5 version have also been deepened.

On PS5 the loading screens will be instantaneous on both death and fast travel, although players will be able to activate the subway scene if they wish. Ray tracing has also been applied to the entire city, character modelling has been improved, fluidity has been gained (there is a 60 fps mode) and DualSense features have been introduced.

Spider-Man: Miles Morales will arrive on November 12 to PS4 and PS5. There will be an Ultimate Edition for the next-gen machine that will include a remastering of the first Spider-Man.