Outlast II redoubles its bet on intensity, variety and size to become one of the most terrifying adventures we have ever enjoyed.

Red Barrels Games launched its first game, Outlast back in 2013, a horror adventure that became a great surprise within the genre, and over time also in a referent, many others wanted to copy the same formula in the last years. Now, with higher expectations, comes Outlast II , a much more ambitious sequel,  to us one of the most terrifying games we have ever played.


If the first installment could be described as a ride to hell with intense adventure, full of jump scares, and where there was hardly room for exploration or puzzles, this sequel has even clearer ideas, and it’s the ultimate ride to hell. Outlast II takes you from the neck from the first minutes and does not let you down until the end, it is exhaustingly terrifying , a game that is not suitable for sensitive or easily scared players, and takes to the extreme the fact of getting us into a full horror experience , Thanks to a superb atmosphere , and the play mechanics that makes us feel vulnerable and endangered at all times. 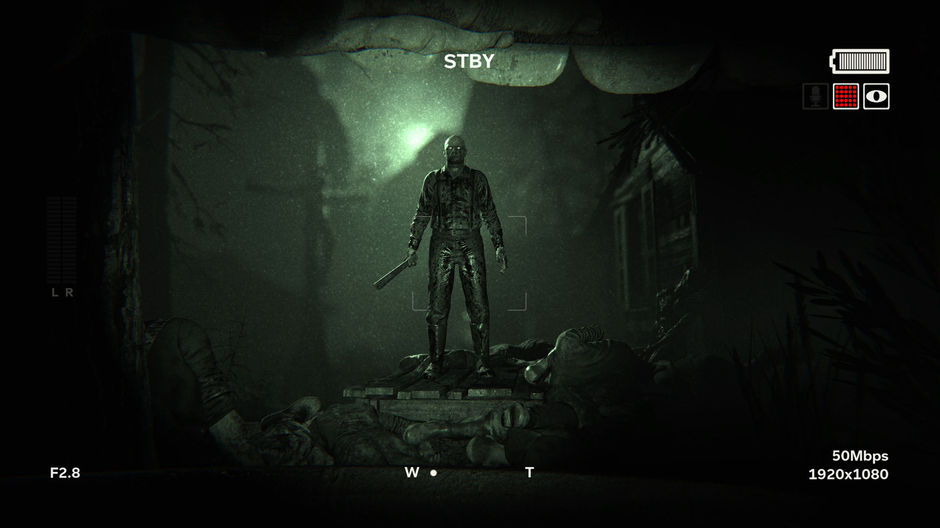 Surprisingly, instead of having the intention to build a series, this sequel has nothing to do with the first game and can be enjoyed perfectly without having played Outlast or  Whistleblower. Here we get into the skin of Blake Langermann, a cameraman and a journalist who is working with his wife Lynn, reputed journalist, in the elaboration of a report, following the tracks of a strange murder.

The investigation takes them to a remote area in the Arizona desert, and as soon as they arrive, the nightmare will begin, as shortly after an accident Blake’s wife disappears, and it will be our turn to find her. Within few minutes into the game, we will discover that we are not alone, there are some strange things lurking in the shadows, which become hostile quickly, and of which we will have to escape throughout the game, helped by our only “gadget”: a camcorder.

A story developed in the America’s deepest place full of religion, Satanism, tons of explicit and also psychological violence and, without being brilliant, perfectly fulfills its role. That is not to propose an interesting context, we could even consider an excuse, to put on display all kinds of horrors, with images to each one more disturbing than previous, even unpleasant if you are too sensitive.

As in the first game, the basis of the gameplay is the same, we have no weapons , we can not attack the enemies, and we have to hide and hide constantly from the different threats that we cross, and help us the night vision of the camera to be able to see in the dark. When we use this mode of vision the camera the battery runs out faster, and we have to collect batteries exploring the scenarios to recharge it since without being able to see in the dark scare factor doubles its effect.

In addition to the setting, completely different from the first game, and much richer and varied in terms of the number of locations and scenarios, Outlast II soon begins to show us some of its playable novelties, not very important but numerous and ending Enriching the gameplay. For example, we must now collect bandages to heal wounds , and the camera has a microphone that we can activate at any time, and that by both the sound and a meter on the screen, we can detect noises within several meters of distance, or Which is the same, to detect the presence of enemies.

Now we can hide in more places, and apart from the traditional lockers, cabinets or get under the beds as in the first game, we can also put in barrels, with or without water, as we can now submerge in liquids, and swim and dive, something that we use to hide. By clinging to a ledge, we can peer to see what awaits us above, the doors in addition to closing them we can close them, and in general, there are more ways to interact with the scenarios, such as moving and dragging some objects.

The action of crouching to walk with less noise, something that is also used to hide among the grass , is added to lie on the ground and crawl, what is used to access very narrow sites, and in general the gameplay Is richer and full of nuances , although its playable core remains the same, which is basically hiding and avoiding enemies, and run when touched.

With the new moves and places to hide, or the help of the microphone, it might seem like an easier game than the first delivery, but it’s not like that at all. The enemies are more varied and dangerous, we even have our particular Nemesis that torments us throughout the game, and it has seemed more difficult, we have been killed many more times, in what could be considered one of the defects of the game. Due to its design, so linear, so concrete and intense, Outlast II falls excessively in trial and error, in trying and dying several times in a scene until finding the solution. 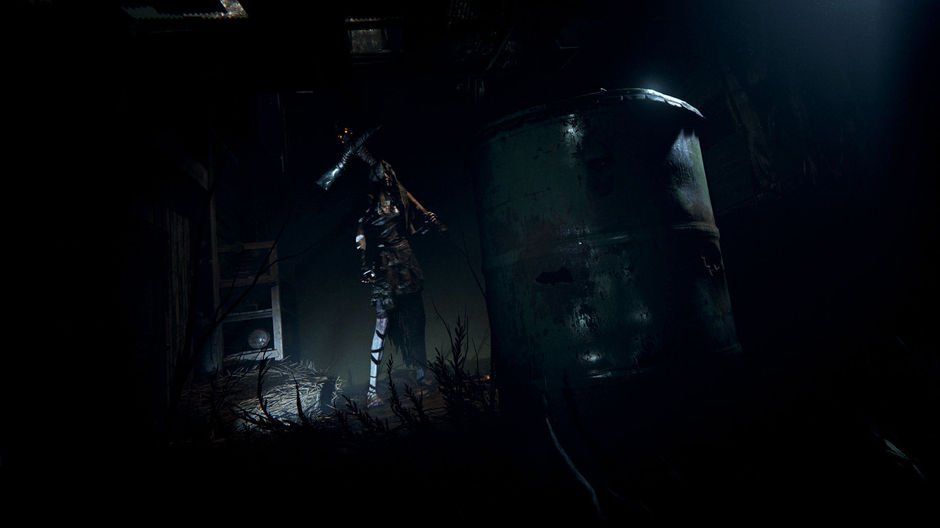 If in the first one we were allowed to explore a little of the asylum stays, sometimes having to activate two switches or a couple of valves to continue advancing, here they dispense with even more such situations, and the game is always a frantic forward flight , Where there is no room for puzzles, and exploration is quite limited . This, which might seem a defect, Red Barrels makes it a virtue, and Outlast II has a breathtaking pace, it’s fast paced, and that we’re talking about is almost twice as long as the first. 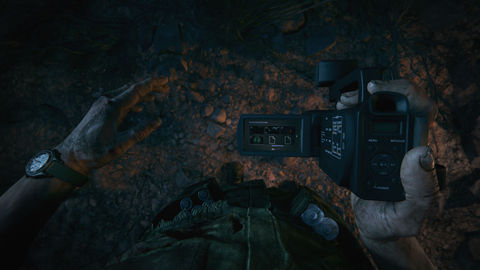 It also has a much greater variety of situations, of locations, of enemies, and could certainly be considered the perfect sequel; Maintains everything that did well the first, the power, and is a longer and varied game, where there is no place for monotony or boredom. Situations of secrecy and staying hidden are naturally combined with vertiginous pursuits, in which you have to run and not look back. Very well designed by the way, because without visual indications, either the interface or the stage, you know perfectly well where you have to go, almost instinctively.

It has much merit that the game tightens the throttle of terror from the beginning and does not lift the foot to the end , and the adventure never derails. The normal thing in a horror experience, whether in the cinema or in a video game, is to go from less to more, or that there are ups and downs, as if it were a roller coaster, but Outlast II bet by maximum intensity from the beginning Until the end , and comes out victorious of such a challenge.

That is why we are facing a game of extreme terror , which lovers of the genre will enjoy very much, but you should not approach us or several meters away those who have a little fun with games of fear, because it is difficult to remember an adventure More intensely terrifying than this. 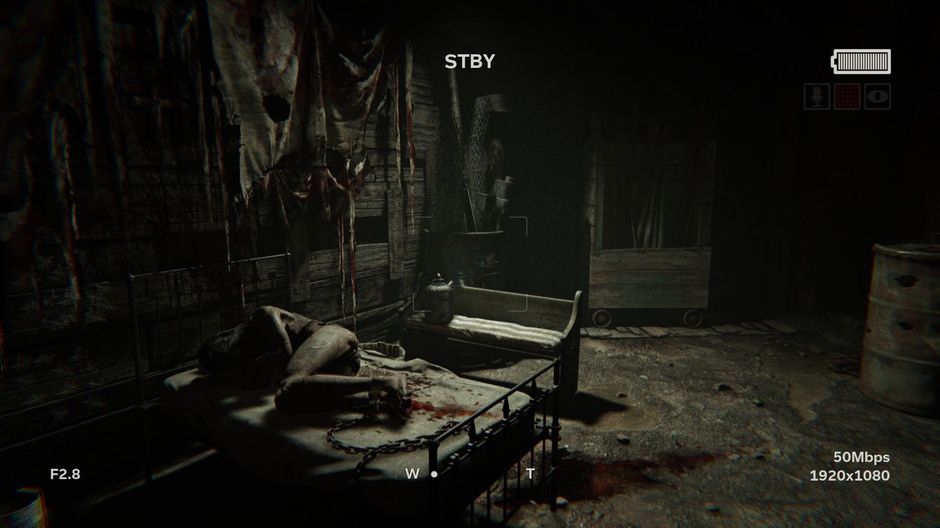 Its ambiance is so successful, both visual and sound, that does not need tricks like sudden appearances or blows sound to frighten us, something that was abused the first. Here the scenery itself already terrifies us, or listening to the strange phrases that mutter the enemies, and moving disoriented among the cornfields while a group of demented chases you with its lanterns, is one of those experiences that is not easily forgotten.

Outlast II is full of shocking moments, and evidently, we do not want to spoil any of them, but you know that we have rarely gotten into the skin of a protagonist, he is the victim of so much torment. The sadism of the gala is frankly surprising, and we like that there is at least one game that bets by the most extreme terror, without half measures. 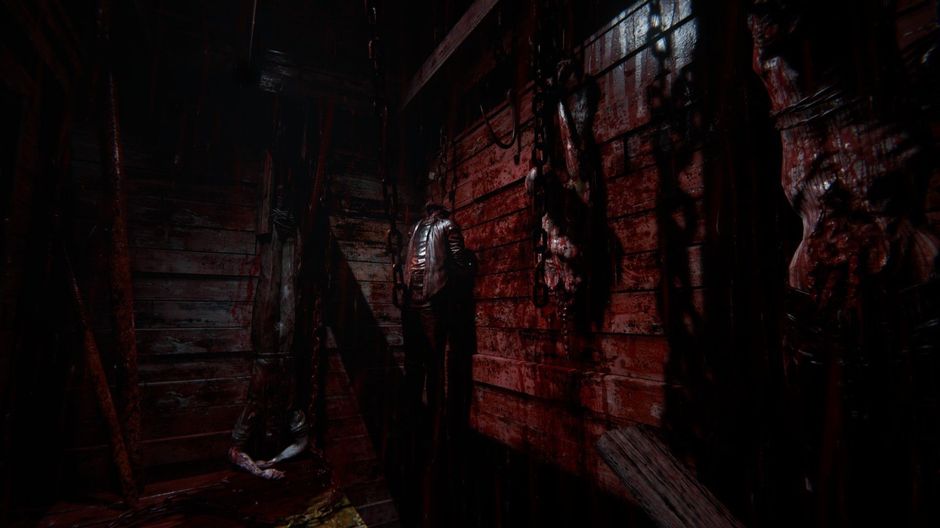 The adventure can be completed in about 8 or 9 hours and is practically twice as long as the first, which is really good. If we take into account that the rhythm never falls and that the intensity is maximum at all times, this has even more merit. In addition, there are a good handful of collectibles, both text documents and a series of recordings that we have to make with the camera, and if you are completionist then add a few more hours. Being a game in which the surprise factor is so important, as the first game also had those moments, so enjoy this in the best possible conditions as well to get the full experience.

In dark, isolated, and with a good sound equipment or a  good headset, since the sound of this game is simply spectacular, something very important in a horror adventure. The noise, the voices, the use of music, how it tells us when to run, developers simply did a fantastic job. 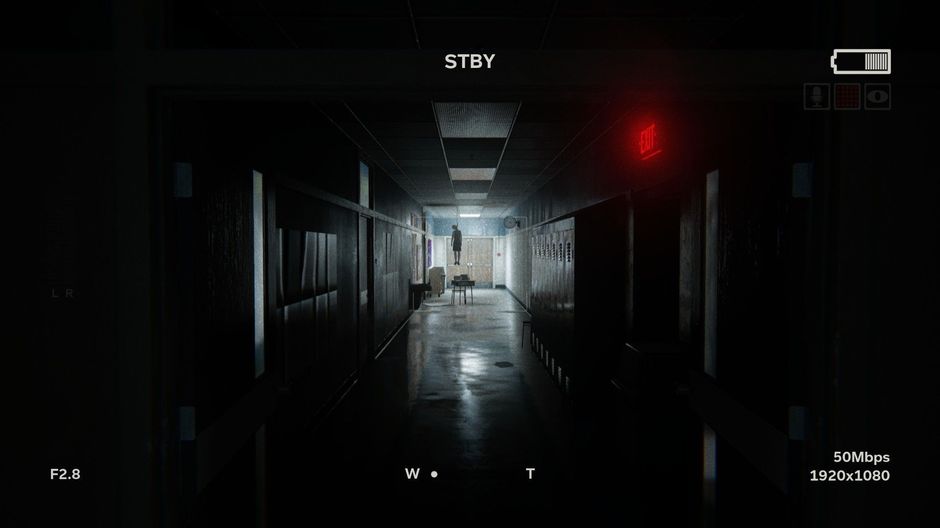 Like the graphics, they have hit a huge rush compared to the first game. With better designs, modeling and animations of the characters and enemies, many more detailed and varied scenarios, and even improved the night vision of the camera, much more realistic. The lighting is fantastic, so much so that sometimes it becomes a photorealist, and it is those games that make you forget the technical aspects because they fulfill, but it is the superb direction of art that imposes itself above everything.

We can understand that certain players can not like their proposal, prefer a more elaborate adventure, with puzzles and exploration, and fatigue this intense train of the witch, but the audiovisual section is so resounding that it becomes an absolute reference In the genre, and any lover of terror should experience it in their own flesh. Red Barrels did an amazing job in the graphic section.

Get scared to death 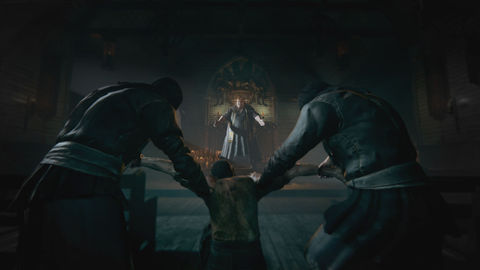 Outlast II is the perfect sequel: it maintains and enhances all the virtues of the first, brings a lot of small but new additions, has its own storyline and does not need to have played the previous ones, and lasts longer, varied and fast adventure, so be prepared to get really scared. We rarely have had such a good time in a horror game. Be warned that Outlast 2 is not recommended for those with faint-of-heart.

We played Outlast 2 on our PS4 Pro with a digital review code provided by Evolve PR .

Terminator: Resistance announced, a shooter for PS4, One and PC dated November 15
October 14, 2019

Kojima is developing a Silent Hill for Sony according to rumors
October 3, 2021