A fan has recreated the Silent Hill cafeteria in Unreal Engine 4 using Megascans but does not plan to move forward with the project, so we will never get to play it. 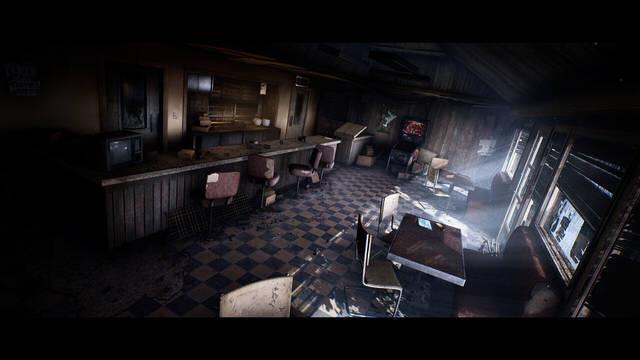 The Silent Hill series has been in limbo for years, but Konami’s horror series fans continue to show their love for this survival horror in different ways. The last one is a visual demonstration of what could become a Silent Hill Remake made with Unreal Engine 4.

The author of the project is Mica Olsson, a 3D artist who has recreated the cafeteria of the first title of the saga using the Epic Games graphics engine and the Quixel Megascans tool. No characters are seen, and the video consists of the camera moving across the stage, but it is full of fantastic lighting effects and detailed with dust particles, glare, etc. All done by one person.


Olsson works at Goodbye Kansas Studios, a company dedicated to special effects in video games, movies, advertising spots and other works that may require this type of work. The study will appear in the credits of Cyberpunk 2077 and titles as diverse as Biomutant, Mutant Year Zero: Road to Eden and Overkill’s The Walking Dead.

His Silent Hill Remake project is only a test to investigate the tools and possibilities offered by Megascans and Unreal Engine 4 but does not plan to spread the game on the Internet or continue its development. We leave you with some images shared by Olsson on his ArtStation page.

Since Konami cancelled Silent Hills, the horror game directed by Hideo Kojima in collaboration with Guillermo del Toro and actor Norman Reedus, the series has not shown signs of life. The title created by Keiichiro Toyama had its 20th-anniversary last year. Although Konami renewed the registration of intellectual property in Canada, the company only published a product related to Silent Hill in 2019: a slot machine.