What there are different types of terrain affecting for good or evil characters who fall into them . Forests, mountains, swamps, villages, dungeons, monsters … With a small board meetings are favored or at certain times we are forced to go through the “least bad” box.

Combat and other events run on luck, but there are ways to balance the scales in our favor.

Because sooner or later go into combat is important to always be prepared. There is an element of luck because they throw dice, but chances are decanted fortune for us if we more likely than the opponent more attacks and defenses, one better health or day / night favorably affects our clan. The characters that are not as dedicated to the fight outweigh its shortcomings using equipment and letters of magic and traps, or burning some of them.

While the unpredictability not be liked by all fans of the strategy, Armello is part of his personality. It’s about risk and adapt to each situation , the feeling of never knowing what will happen next turn. It’s not a game plans to draw medium or long term, as it may be a standard SRPG. 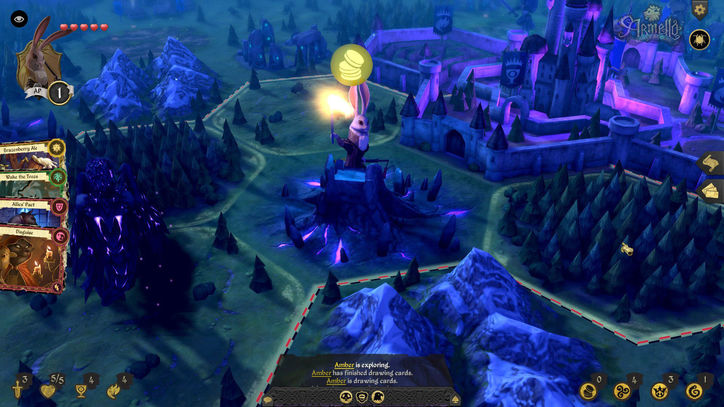 There are several ways to win.

If you think dominate the artificial intelligence is always multiplayer option . Here the disadvantage is that the game can be made ​​very long for these sessions, and downtime are more noticeable than alone. When running user, which is something that can happen down the stretch when the winner is sensed, the AI is responsible for controlling the retired players.

Armello exudes charisma, art and good taste on the part of illustrations with animation for letters and cycles of day and night in the three-dimensional part of the map. It is full of graphics, perhaps too many effects, and that is our main criticism of its graphics, abused blur effect . Súmese to a remote zoom that never shows the whole map on a screen, and even further blurs the whole picture or is partially obscured by clouds, to realize that their creators have taken precedence over aesthetics practicality. Never hurts the game to the point of making you lose, but it’s easy to lose sight of the other characters-what forces move the more advisable-map. Good music closes a remarkable setting. 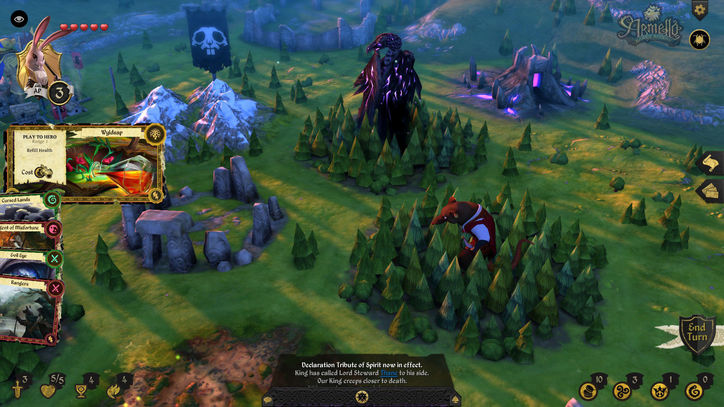 Armello is beautiful, but wish there would be a more distant view to see the entire map.

Armello is a hilarious game with a couple of issues that cause division of opinion : a map that can be made ​​small and a factor of randomness with which it is easy to get mad. Unfair, but not to the point of being decisive most of the time. Knowing what it offers is more enjoyable it out without prejudice.

The reviews did not prevent it from being a pleasant surprise on gender and totally recommended , with many more hits than misses, great presentation and addictive multiplayer that will occupy much of your free time.