Puzzle Platformer from an independent developer that reviews the graphic evolution of different generations to date.

With an industry that begins to mature and be aware of its evolution regarding graphics and playability, there are many independent titles that play on the same concept of quality gap between generations such as Evoland and The Adventure of Pip.  A  Pixel Story initially came out on PC in 2015, and after two years finally we can enjoy it on our consoles.


A Pixel Story is based mainly on jumps and mechanics of platforming games, along with some exploration, collectibles and dialogues with characters that mark new missions or goals, hidden treasures and mini games. It is rather slow paced, but do not be deceived by its colorful graphics: sometimes it requires a lot of precision and patience, especially in the optional phases that are unlocked with the expense of coins these challenges you should definitely try.

In regards to controls, the jump action is not too satisfying, and wish it was more polished in this aspect when the game is taking reference from many classics. On the other hand, the story is not linear which is a good thing, so the player needs to investigate secondary routes and especially the introduction of the puzzles and abilities, that adds more complexity. 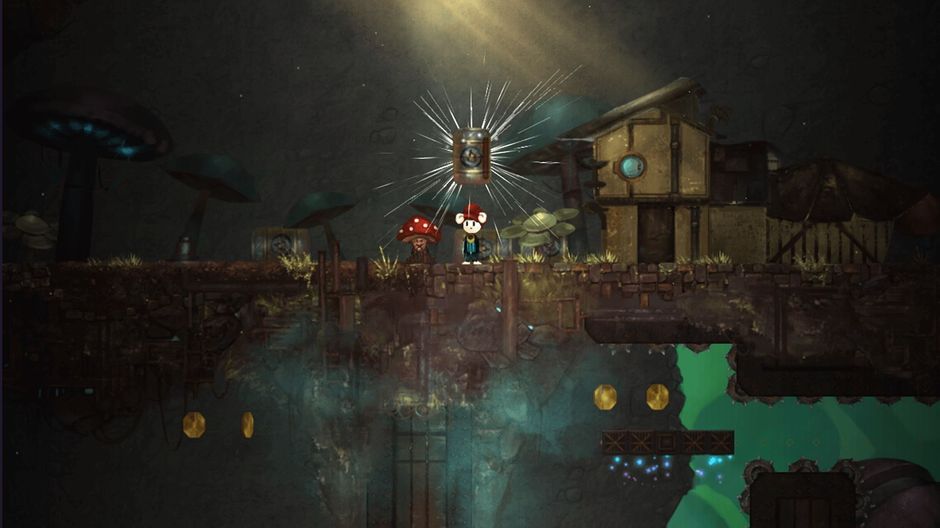 Your character wears a  red cap which is very similar to the one used by Mario. We can leave this object anywhere and teleport to it instantly, solving many puzzles that consist of interacting with a lever that opens gates or activates platforms at the other corner of the screen. Under normal conditions, it would be impossible to reach that place in time, but with the help of our special move, we can overcome these obstacles.

These skills do not make the game any easier, but it allows us to be more creative when solving puzzles and getting collectibles. For example, leave the cap on a safe surface, take a leap from an edge, and right before dying you can teleport yourself to the safe spot; When you are chased by a missile, leave the cap back and teleport at the right time to get around the impact. Or take advantage of the inertia to get double jumps and reach seemingly inaccessible places just like you do in “Portal.” Discovering what to do with these possibilities and returning to previous phases with a new skill is part of the fun in many cases, and it is necessary to progress. 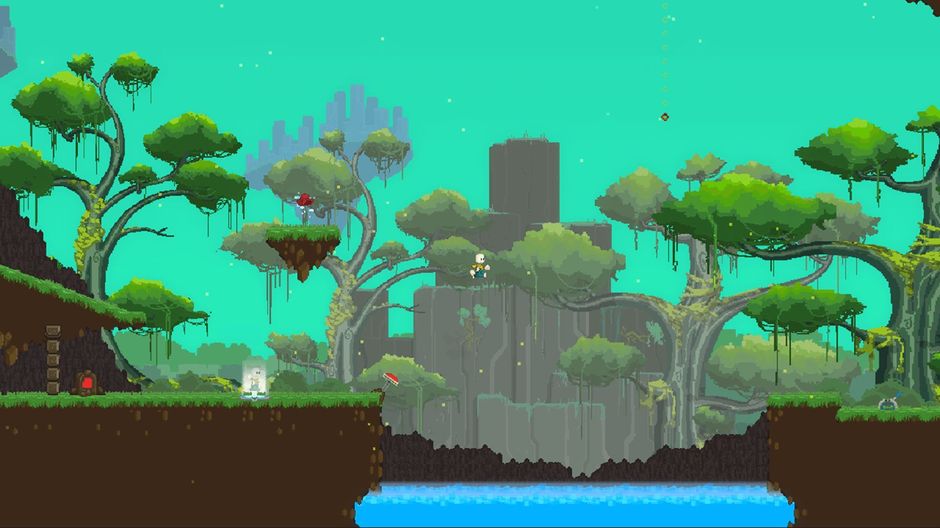 Although there are no enemies as such, the truth is that calling A Pixel Story a puzzle game is too generous; It does not stand out in this genre or the platforms. It is the combination of both sides that helps to give a small dose to form its own personality. The difficulty is well adjusted in its main course; not very difficult, nor very easy. A checkpoint available in front of each challenge to ensure that you do not have travel a lot with each death.

Along with the introduction of new skills, the game introduces the different ages of the industry and gradually increases the graphic detail. It starts with a rather generic 8-bit style, sometimes in the right fashion and in others with less inspiration.  As we progress, the detail increases to what would be 16-bit systems and then something more similar to illustrations – current platforms – and the result improves significantly, so it goes from less to more. Music sometimes gets a bit repetitive in some scenarios, but the kind of nostalgic sound perfectly suits the graphics. The Game created with the Unity engine, which is infamously known for poor performance on consoles. Although it does not reach the extremes of Broforce, which suffered major slowdowns due to destruction, explosions during intense action, 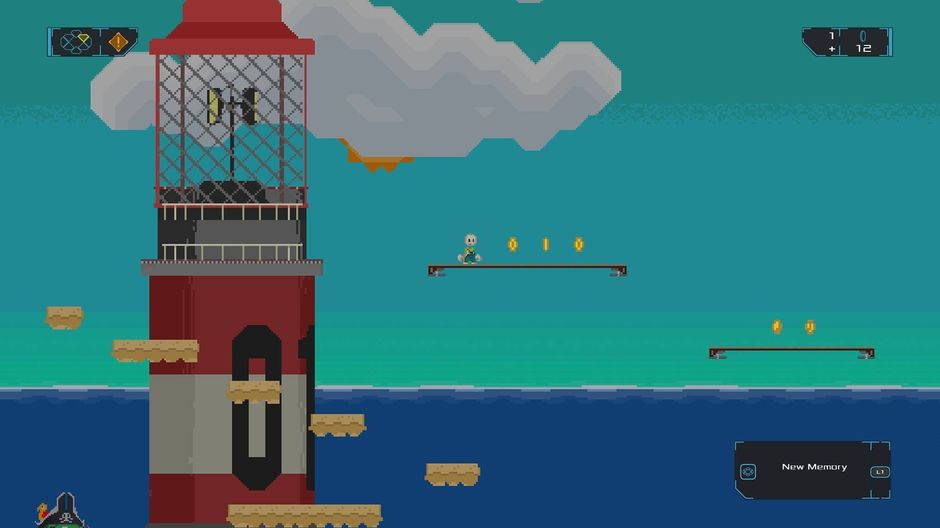 Pixel Story offers some good ideas, and it fulfills its mission: to entertain and combine traditional elements and others a little more modern. If you are looking for a fun game, without the requirement to find something completely original, you will not be disappointed.

The comparison of what Vigor looks like on Nintendo Switch and Xbox One
April 11, 2020
Average User Rating
0
0 votes
Rate
Submit
Your Rating
0