The shooters were the most popular type of VR games, at the beginning, which usually presents simple gameplay that respects the maxims that these games must have so as not to make the staff dizzy. Survios like to try things differently and develop successful proposals such as Sprint Vector or Creed: Rise of Glory and gave us a taste of experiences we were yet to see in VR. Canadian studio Sinn Studio now brings us Swordsman VR, a first-person sword fights VR game with total freedom of movement, a terrain/genre that very few have entered(the last title we tried in this genre was GORN). How Swordsman VR did in the arena?

In Swordsman VR we look for a powerful mythological figure called the Jotun, who will be the final boss that awaits us after overcoming forty levels of waves of enemies, ten for each of the types of warriors that we will face: medieval knights, Vikings, Mongol warriors and samurai. The gameplay of Swordsman VR seems very simple, but it hides a lot of smart mechanics; we can take a weapon or shield with each hand, and slay our enemies without taking a step back. 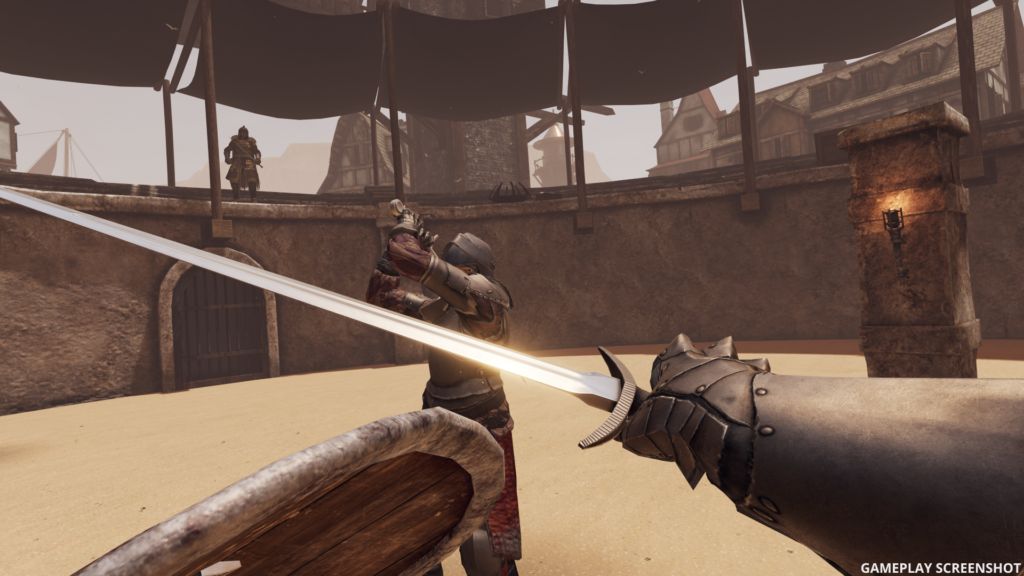 The gameplay is not on rails or fixed movements: you can counterattack your enemies with your own sword, and respond to them both with cuts and hit where you aim. Far from feeling like something intangible, the experience of swinging your own swords is wonderful. The swords collide with each other, causing them to sound and vibrate our controller accordingly (you can even configure the intensity of the vibration for greater immersion); This makes stopping rivals’ attacks feel extremely satisfying, causing an immediate feeling of engorgement and fun. Swordsman VR has three-dimensional free movement, but it is completely controlled with the Move controls, which are essential for the experience. With the left Move buttons, we can move forward, backward and walk sideways, while with the right Move we manage the turns and we can kick enemies to put safety space.

As in real combat, the management of distances is vital, and we will have to quickly learn to move forward and backward to avoid enemy attacks, observe their movements well to know well where and when to attack. Even if we do a good parry we can slow down the time for a few seconds, which will help us to gain distance or to attack with everything. Early in the game expect to die very quickly and frequently, partly because of the excitement and not fight too seriously, and partly because Swordsman VR has roguelike components.; that we will have to improve our statistics and get better equipment with the rewards we earn after each wave. 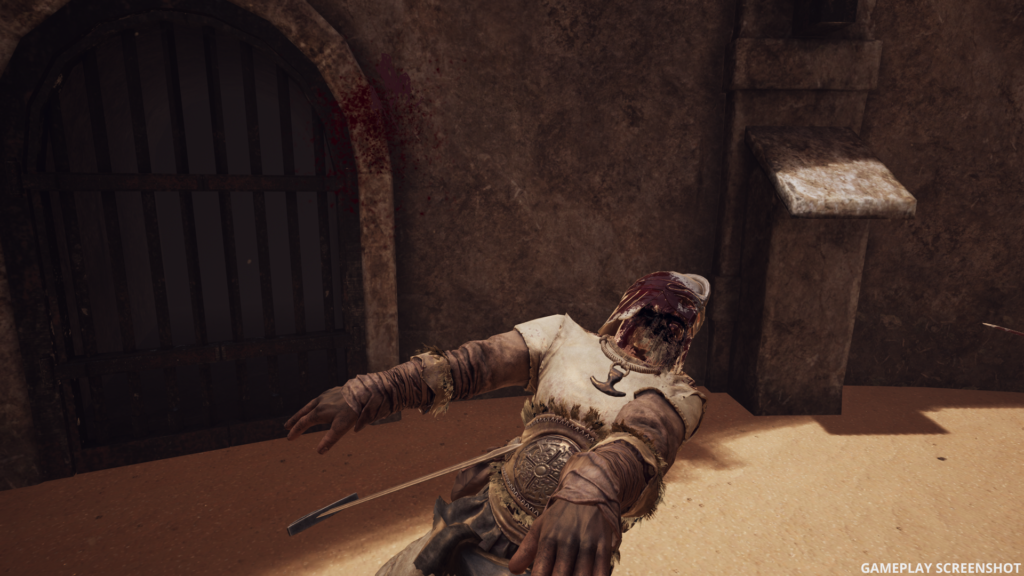 These roguelike touches, which are seen in the progression of our character through money and experience, at first seem to unnecessarily complicate the experience, but later they reveal themselves as a success that encourages you to fight more and more to get that helmet or that katana, that also boost our build in different ways (although there are not an overwhelming amount of these elements either).

The greatest strength of Swordsman VR is the physicality it has achieved in the sword, which allows combat with an exchange of blows unprecedented to date in virtual reality, at least with these sensations and precision. However, as fun as the core of the game is certain decisions about how they have structured the experience and details that remain to be polished prevent Swordsman VR from reaching higher heights, at least for the moment.

For example, the levels into which the experience is divided, grouped according to the warriors we face, are all practically the same: same scene, same music and same enemies with different colours of clothes and weapons; yes, the waves increase their size, each time they do more damage and they hold our blows better, but a progression is not felt, there is no kind of variety except the one that gives you the improvement of your character in between, or changes the world so that it does not become too repetitive. Another success is the different attack animations that our enemies have: the handling of the katana of the samurai is very different from that of the great medieval swords, and that is noticeable when facing these rivals. On the other hand, this difference in attacks is not so much appreciated for enemies with a shield, whatever their type.

Also, the clashes of swords and the fighting look very good, there are rough edges to be polished in the gameplay. Enemies are extremely weak to lunges in the head and neck area, making the experience too easy if you discover this weakness in the game early on.

Fortunately, its creators have made up for this deficiency, as well as possible problems with the difficulty of the title, thanks to the introduction of a large number of combat modifiers, which allow us to customize the experience to our liking: lunges prohibited, invisible enemies, final bosses without minions constantly regenerating … There are several modifications with which we can experiment, and that together with the Arena Mode (which allows us to configure the combats as we want both in difficulty and in waves, simply for the pleasure of fighting), alleviate that feeling replay that will inevitably come after you complete the game.

It took 5-6 hours to finish the game, but then you have to experiment with the magical weapons that bosses leave after defeating them. At the moment the game does not have online features, it is an experience totally focused on the single-player. 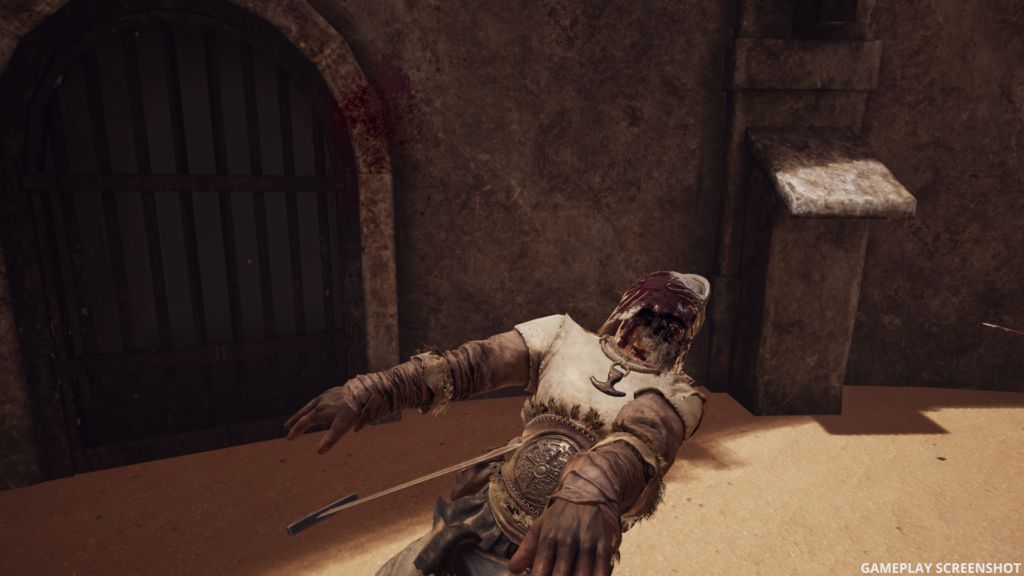 Finally, the technical section of the title, although modest, is more than enough for the experience you want to give. The modelling and animations comply, but not the non-interactive scenarios and the little variety of phases, rivals and musical pieces that there is. On a personal level, the game looks very realistic at first, but it would have felt a lot better if a better impact detection system could have been implemented (there are typical small bugs of arms and legs that stretch strangely, but nothing game-breaking), amputations or at least limb disablement; Swords, although feel very powerful, do not give the sensation of cutting, but rather of having a blunt edge and being a weapon with which we strike. Still, with everything, Swordsman VR is a game that can give you very good times if this type of combat catches your attention; their mistakes do not take away the solid, fun and courageous foundation that they have developed from Sinn Studio. 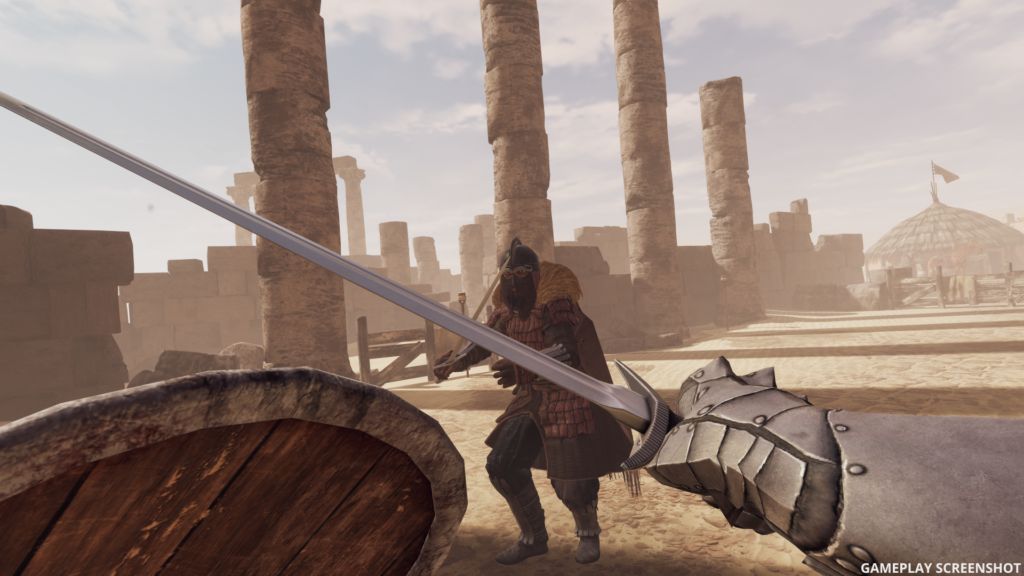 Swordsman VR is a very good action game that effectively represents sword combat, a mechanic rarely seen before in a VR title. Even with its small problems related to the sensation of repetition and roughness on a technical level, if its premise catches your attention. In addition, Sinn Studio has already released several patches that improve the experience of the game and its performance, so it seems that they are listening loud and clear to the fans. Hopefully, it can continue to improve in the future, because its foundations are strong. The title is also available for PC.