The idea of ​​crossovers between various universes and/or franchises is nothing new. It is seen daily in Marvel and DC comics, it is seen in special chapters of manga and anime, in movies and of course in video games. In the latter, there are several examples that come to mind as soon as you think about this concept, especially in the field of fighting games: Capcom Vs. SNK, Marvel Vs. Capcom and of course Super Smash Bros. Bounty Battle wants to contribute your own vision crossing universes of indie games, from the smallest and unknown to others that do not need a cover letter. It’s time to put a price on someone’s head and collect the reward!

The premise of Bounty Battle is quite simple: holes are beginning to swallow the heroes of different independent games and they have to face each other for a reward. Who puts the reward? Who is behind bringing all these characters together? Well … it is not known, nor can it be known. And unfortunately, the trend of asking questions about the design of this game will be quite common throughout the review. The initial cinematic raises a series of premises that later the game is not able to resolve, especially because contrary to what one might think when watching the cinematic, the title lacks a story mode. What’s more, because it doesn’t have a simple arcade mode. It only has a local multiplayer mode, the classic survival mode where you have to survive until they eliminate us and a Tournament mode. To be fair it also has a short tutorial and practice mode, but they are very secondary modes. The absence of a mode that introduces us to the characters makes it difficult for players to be interested in-game characters they don’t know beyond being drawn to by their design and the original Bounty Battle characters becoming characters from filler, that few people will choose to have characters from Guacamelee, Dead Cells, Owlboy, Darkest Dungeon, etc. 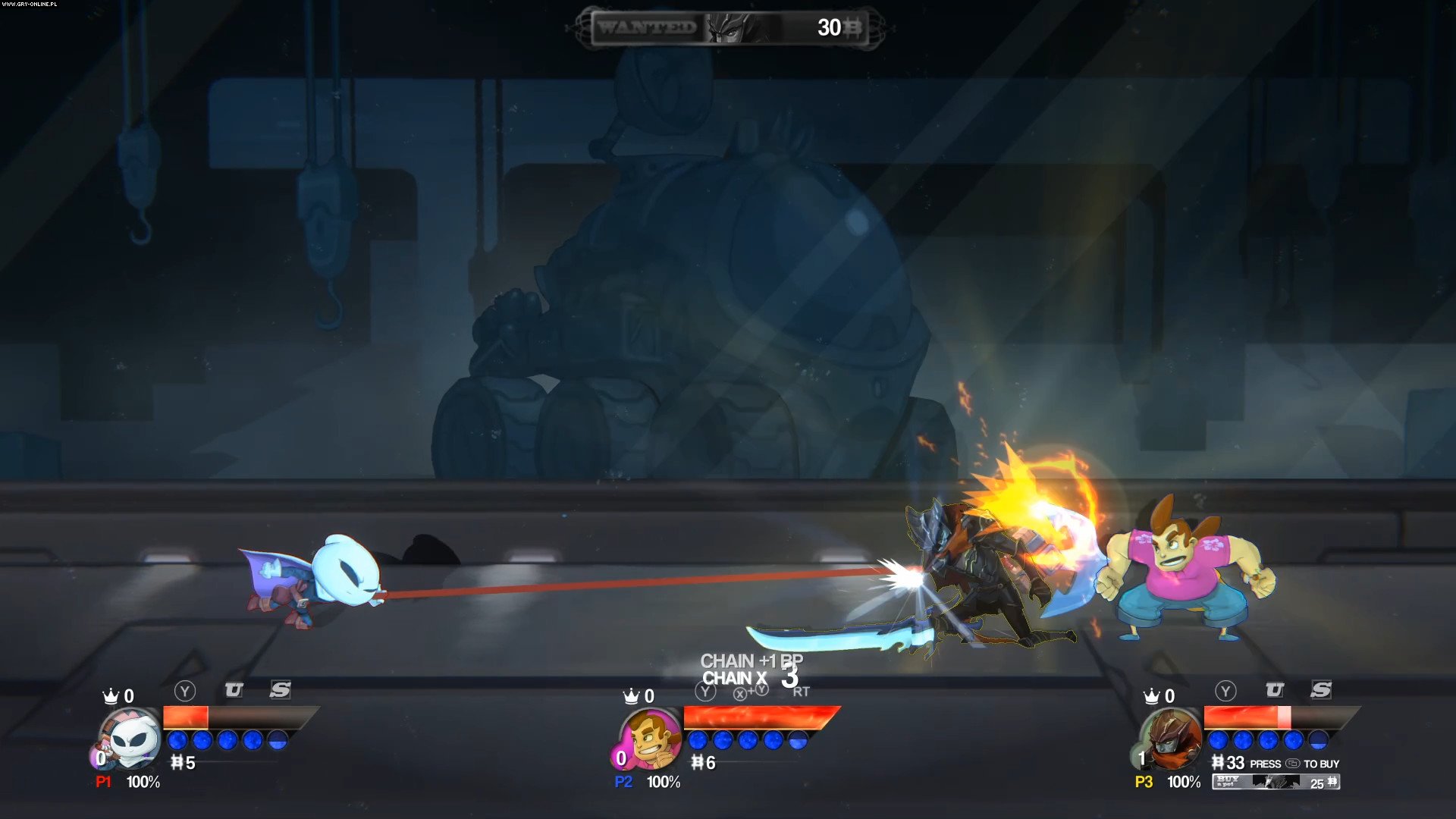 The Challenge mode has nothing that differentiates it from the rest of the similar modes of other fighting games. Let’s start by focusing on Tournament mode, the name of which is misleading. Far from being a tournament, it consists of a total of five challenges with different rules and handicaps that each of the thirty characters must overcome. A total of 150 challenges that allow us to unlock alternative colours for the fighters by overcoming them without dying. But here comes one of those decisions that have no explanation. You can’t choose which characters you start to challenge with and you have to complete all the challenges of one character to have access to the challenges of the next. Come on, if the character you like is one of the last in the squad of fighters, there is no other way to do their challenges than to do the other characters. Undoubtedly this lengthens life in this way, but it does it in the worst possible way: artificially and generating frustration. 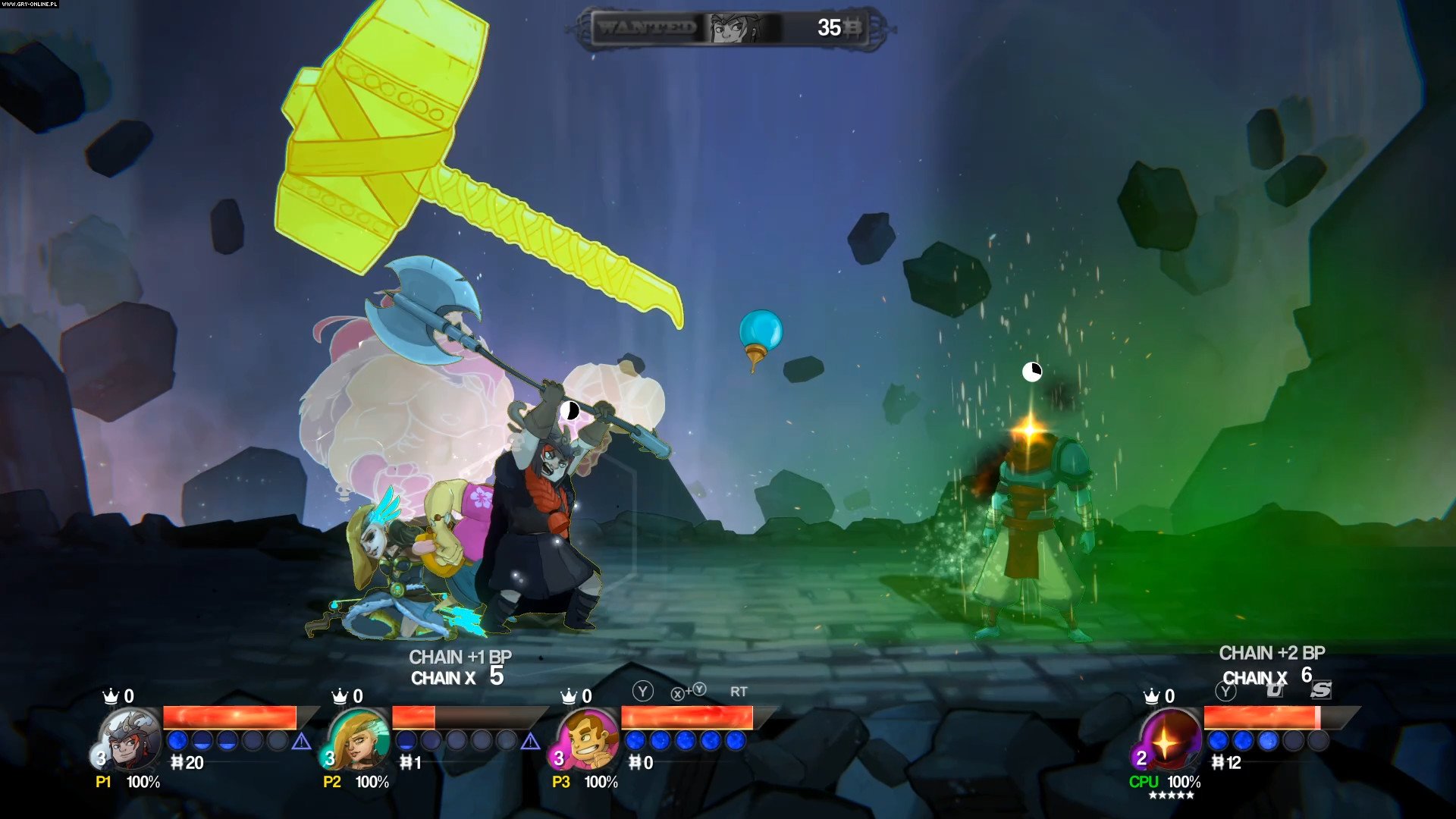 But how do you play Bounty Battle? The combat system can remind us of other games, with several sets of rules such as combat timer, and additional rewards for not losing lives. A button to jump, another to dodge, weak attack, strong attack with its variants depending on the direction we press and special attacks that require energy from a magic bar that is achieved by hitting the rivals. As its own element, a reward system is presented that scores us how well we play based on the number of combos or how much we repeat the same attacks. Filling the magic bar is the key to winning the reward count game mode, but it also allows us to summon a minion to combat to help us for a few seconds by spending 10 coins.

On a visual level, François von Orelli has done a great job adapting the designs of such diverse characters so that they have a visual coherence, something that can be seen with the naked eye in the images. However the animations are not up to the mark, they feel rough, abrupt and there is a lack of transition animations between many of the movements. The framerate is not stable either, hitboxes that are definitely not okay with attacks that visually do not hit but do hit (special mention to those attacks that even with their back to the rivals hit them) and others that clearly look like they hit but do not register any hit. Another one of those questionable design decisions is that making certain attacks or defeating an opponent produces a slow-motion effect that cuts the pace of the game a bit in one-on-one combat but does not get in the way. But they do bother (and quite a bit) in matches with three and four players, constantly cutting off the pace and doing more harm than good. The fact that no character has a voice does not help the fighting either, reducing the auditory clues to know if a hit has hit or not to more than discreet sound effects. 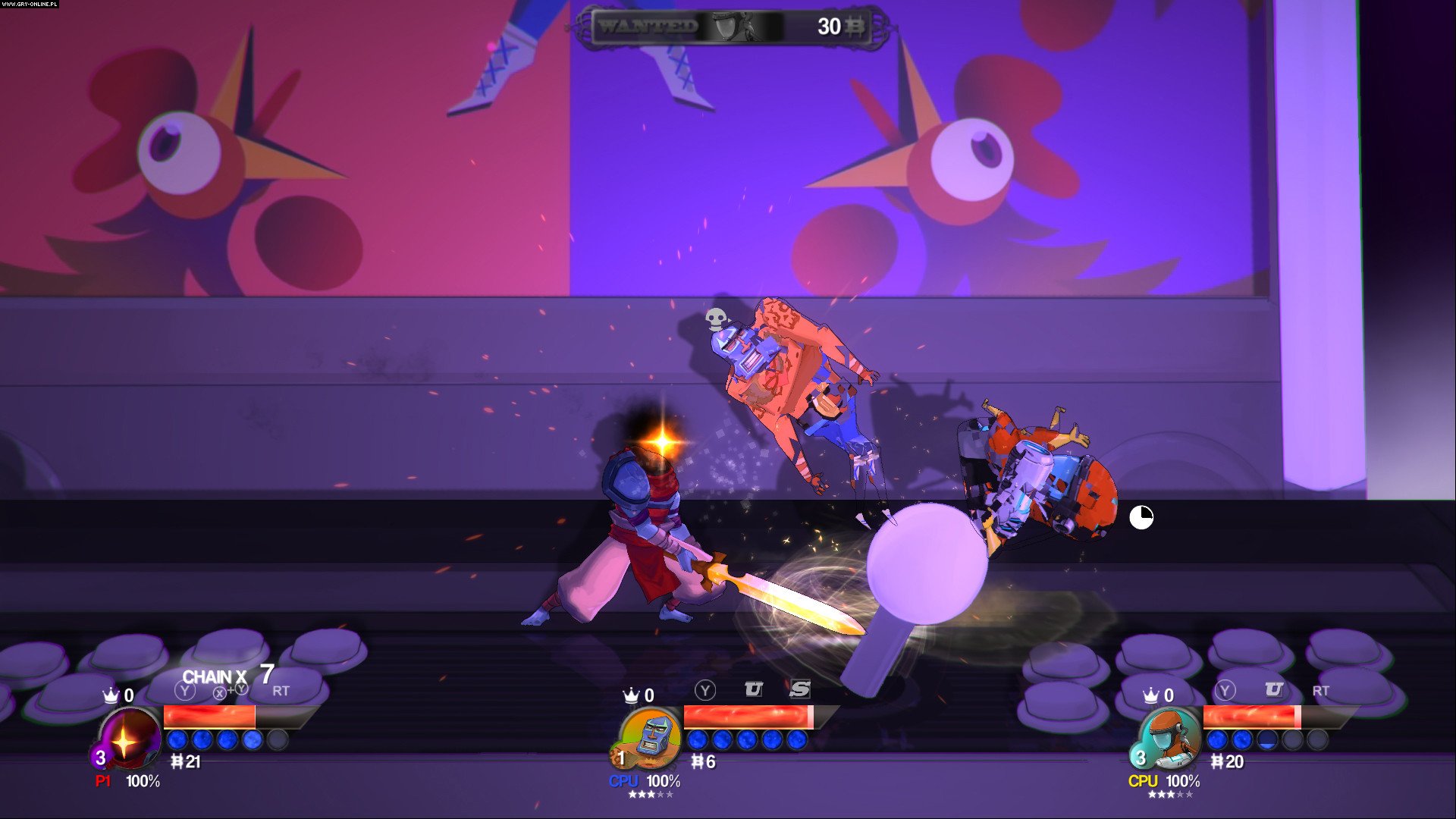 Finally a brief comment regarding the scenarios. Although there are 16 scenarios based on the different games (the representation of the background is better in some scenarios than in others, but it is always recognizable), in reality, they are practically the same playable. In essence, they are long and flat platforms that sometimes have walls on the sides so that they cannot fall off the platform and sometimes not. 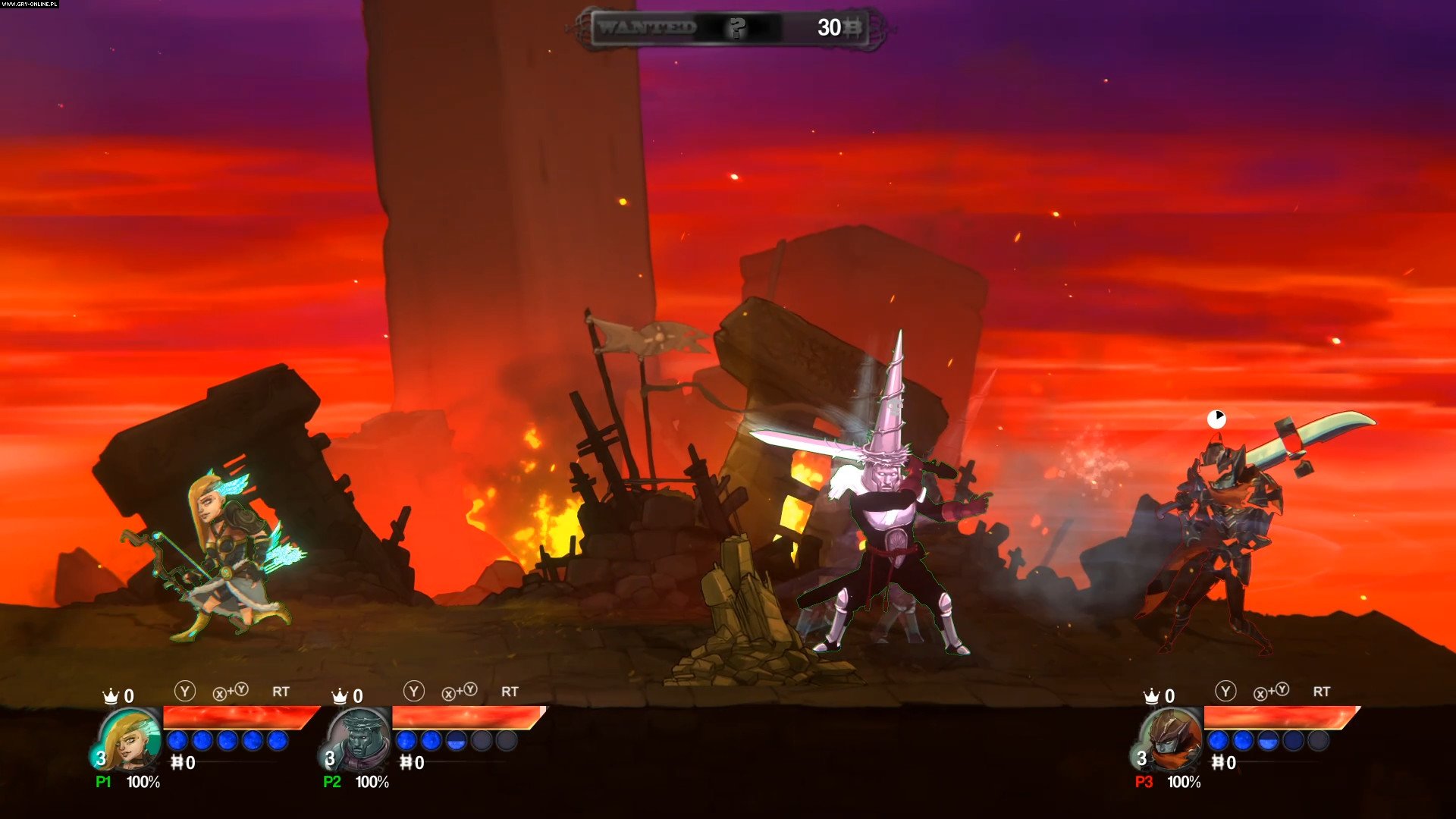 Dark Screen Games is a very small studio that had a great idea and a lot of ambition to make a mega-crossover of indie games. Unfortunately, neither the media nor the forms seem to have lived up to such high ambition and after several delays the game has been published in a state that is far from being a recommendable product. The team knows this and they have already promised to continue working to improve a game with a good base and ideas but with poor execution.