Mortal Shell is a new dark fantasy RPG title that tries to pay homage to the FromSoftware's souls series.

It is truly difficult for an action role-playing game not to be totally or partially inspired by FromSoftware’s Souls formula. Demon’s Souls laid the foundations, Dark Souls popularized it, and titles like Bloodborne and Sekiro: Shadows Die Twice have contributed their variants in gameplay or setting. There are only a good handful of examples of Souls-like among which the outstanding studios like Team Ninja stands out with the two NiOh titles, Deck13 took it to science fiction with The Surge, Code Vein tried to attract the public who are fans of anime with Salt and Sanctuary take it to 2D. None of them have come close to the mastery of From, who already has become a legend in this genre, but over time we see better contenders.


Mortal Shell is the last of these indie Souls – it is, with a team of just 15 people – and the t, its creators know what they were going for without many detours. Of course, it is not always worth with good intentions, you have to put some soul into a project of this type so that it is something more than a cold copy that imitates without knowing very well what works in a Dark Souls. Cold Symmetry has at least done their homework with their base.

This mortal needs a shell to stay alive

There is something that cannot be denied about Mortal Shell, and that is that it is accompanied by a powerful visual section that we will get later. The setting may remind you of other medieval fantasies, but in reality, Cold Symmetry has managed to distance itself a bit from these topics. Yes, the story or background is narrated with a dropper –although it never gives the feeling of being a universe as coherent and exciting as those of a Souls.-, the locations are gloomy, with ruins, labyrinthine forests, dark swamps, there are enemies that go from the generic and zombie-like goofs to the unclassifiable beasts, and we will see an equivalent mechanics similar to the souls that experience can be recovered after a death; This is all true, but there are also subtle differences in enemy design or architecture, hints of HR Giger, and disfigured monsters. The elements are not original, but we could say that they are seen with another unique perspective. 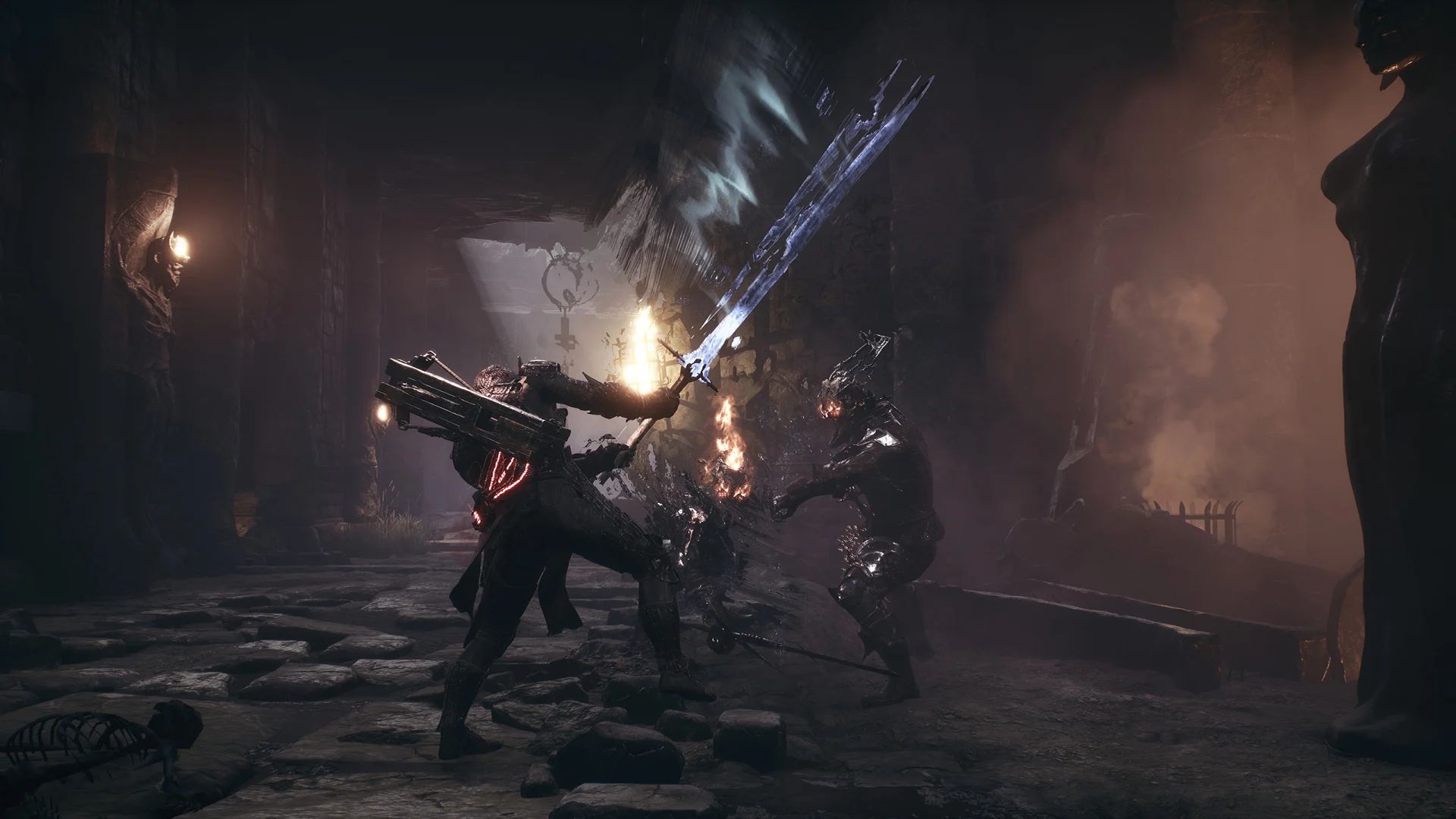 The most commented aspect of Mortal Shell and that in fact gives the name to the game is that our gaunt character will be able to possess the body of defeated warriors, knights with certain parameters and combat styles that are much better than our initial character. There are several systems that are derived from this idea, such as strengthening the bond with its previous owners. It is an elegant way of saying that you will be able to unlock their abilities and switch between these “classes” depending on whether we are interested in a body of great vitality, that causes a lot of damage or a balanced point; You may want to keep one body more during much of the game, or alternate often. 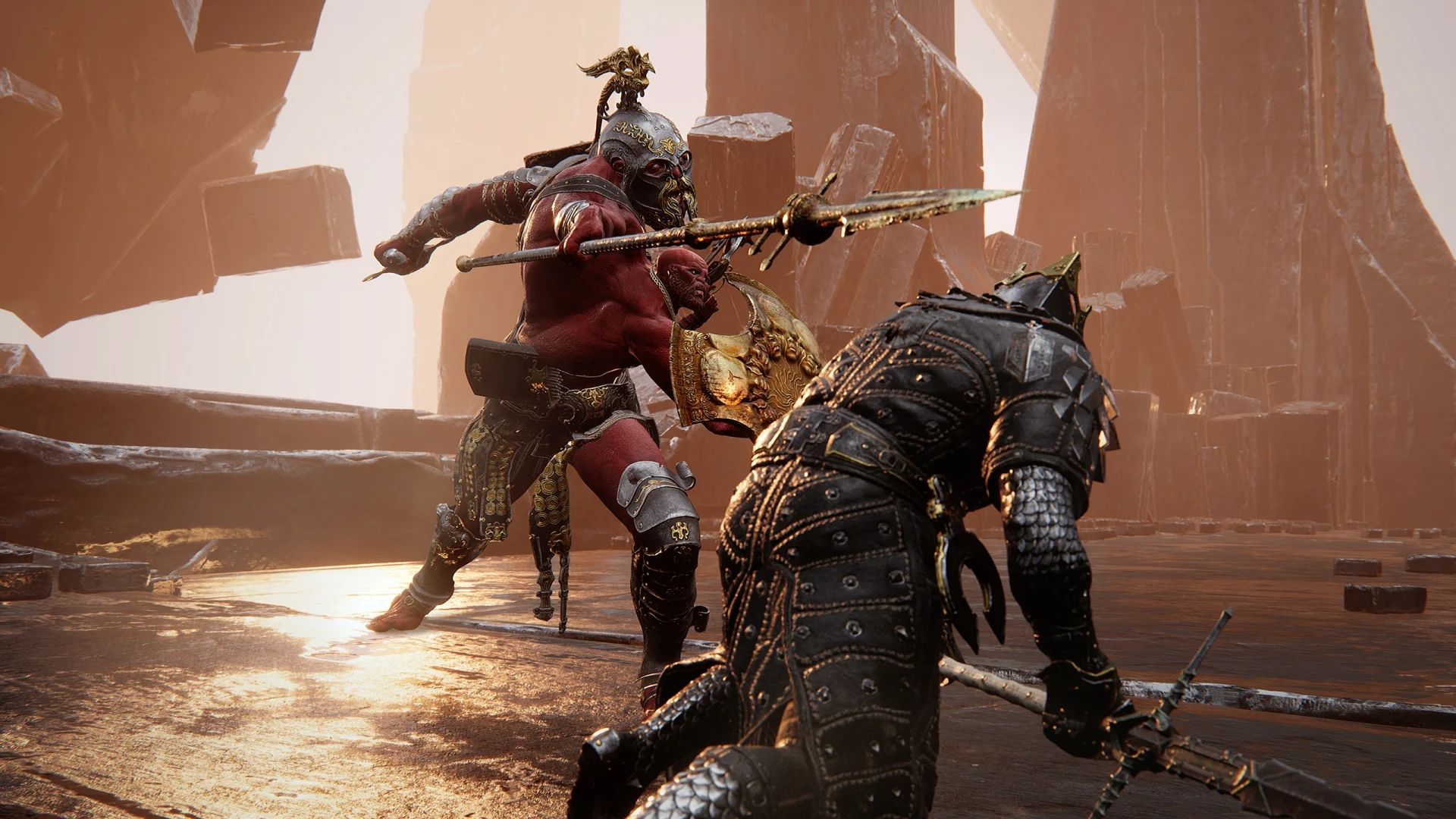 Naturally, the combat does what many other Souls-like have tried: a fast attack, another heavy but more powerful, blocks, and an evade move to escape from lockdowns or lunges. Everything will be very intuitive for those who come from Souls, although the movement is slower and heavier than that of Dark Souls III, so it requires a little more anticipation for each movement. The combat is very tactical, you cannot waste the stamina bar and you have to look for the right moment in which an enemy finished their attack and lowers their guard; the same for our attacks, if we miss a couple of attacks by miscalculating the distances we can be vulnerable.

There is an important difference compared to Dark Souls, and that is that here there is a movement that petrifies us for seconds. Although our instinct will be to avoid blows by moving backwards or to the side, hardening our body does not waste stamina and can be done in almost any situation, for example during a charged attack. Once it is taken advantage of, it serves to protect us from a possible counterattack when finishing a combo or adjusting times before a strong blow, as if it were an attack with armour in a fighting game. It cannot be abused, there are a few moments to recharge, but it is one of the two great original contributions to the combat of this Mortal Shells. The other is its health recovery system, and while there are certain healing objects, our most common option will be to use a talisman at the precise moment in which an enemy attacks us. It is hard to learn and at the beginning, you will do this adventure –with an approximate duration of 15 hours- very uphill, but mastering this technique is essential and it greatly softens the hardness. 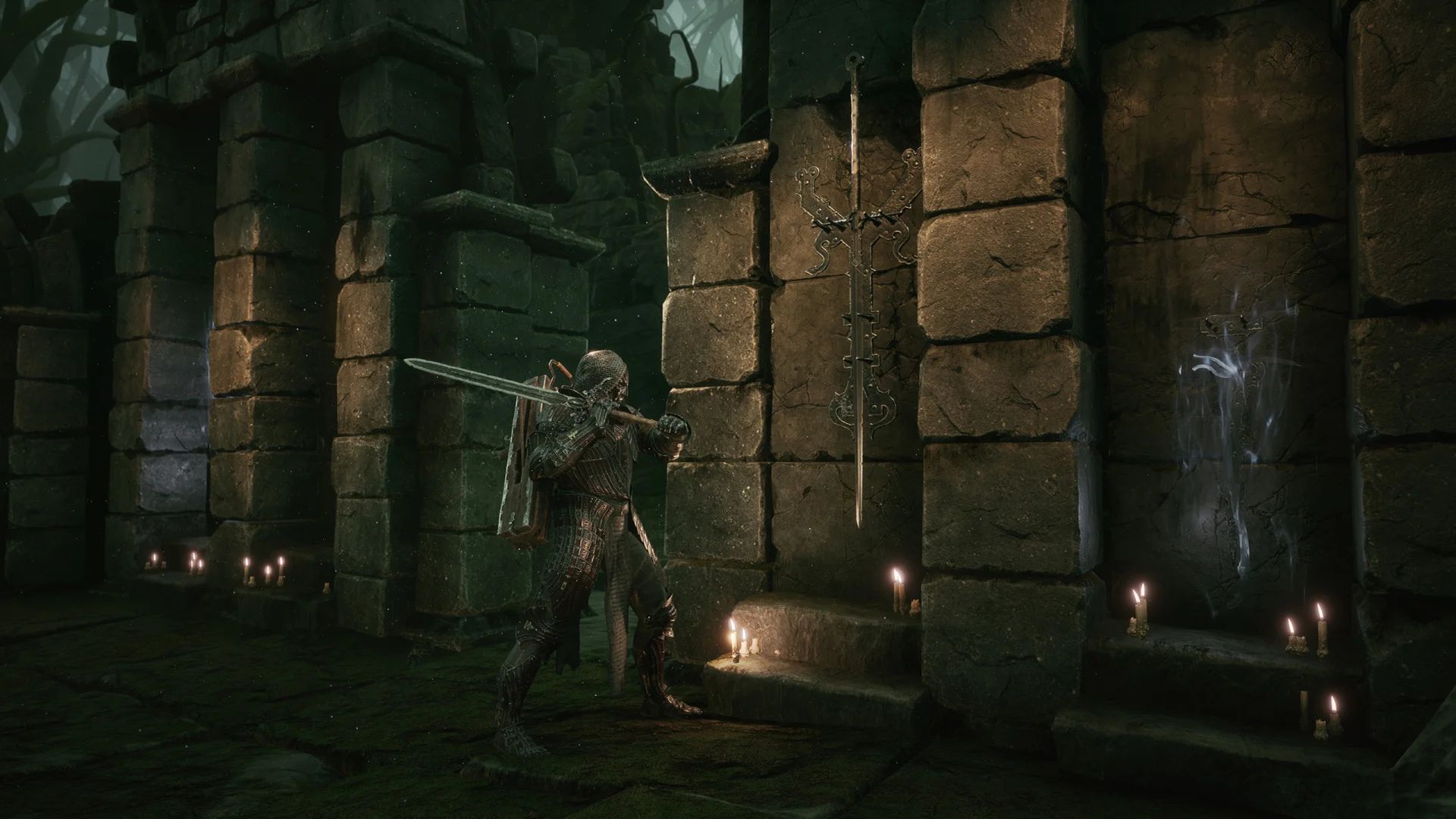 The bodies we have referenced are also used to give a second chance when we lose all health. At that moment, our weak body is thrown out of its shell and, if we manage to enter it again, we obtain all the vitality; It is a limited resource because if we die again then we return to the last checkpoint. And we are going to die a lot, something that surely does not surprise anyone: faced with a lonely enemy it is only a matter of playing calmly, but two or more already require concentration: the bosses forgive only a few mistakes. 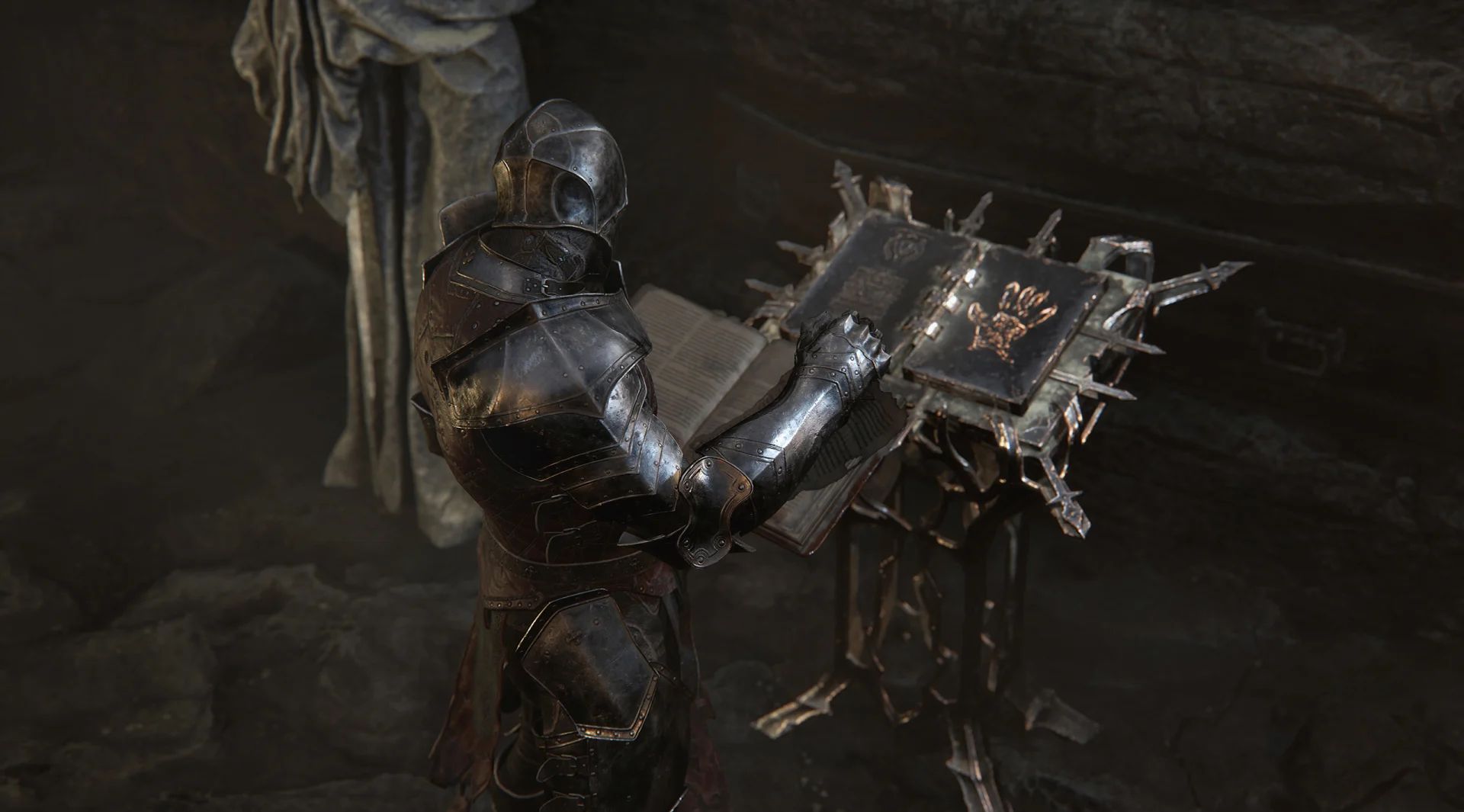 In short, the combat is similar to Souls in the general idea but has some new features that change the pace and tactics. It does not offer the degree of polish in collisions and the fun of FromSoftware or NiOh, but it shows that it is one of the sections where they have worked the most.

A mysterious world, that does not stop astonishing

Most of the Mortal Shell gameplay videos have focused on showing enemies, bosses, and body types, but not so much on exploration. And it is not that Mortal Shell does not have more or less labyrinthine areas to explore, but that it is a more common section. The genius of the Souls is not only in the combat system, which is not too difficult to plagiarize but in FromSoftware’s ability to design very Metroidvania maps, with shortcuts, secrets and incentives to explore. Most clones from other developers don’t work as hard on this because it’s much harder to get right than two or three attack animations.

Thus, for example, the Mortal Shell route is not so good at guiding the user to his goal – most of the scenarios are always the same, without reference decoration – and the routes are not those puzzles that we find in From’s work, but mere corridors where we face enemies, dodge traps and collect helpful objects. There are some areas above the average, but the rest fall into a more generic design, both in its playable approach and aesthetics. And the latter does not contradict that the game is beautiful at times from a technical point of view, with good modelling, overwhelming atmosphere and games of lights; works on Unreal Engine so good performance and effects can be expected. But that is not everything, once the impact of each area has passed, the limitation of experience or budget becomes more evident. 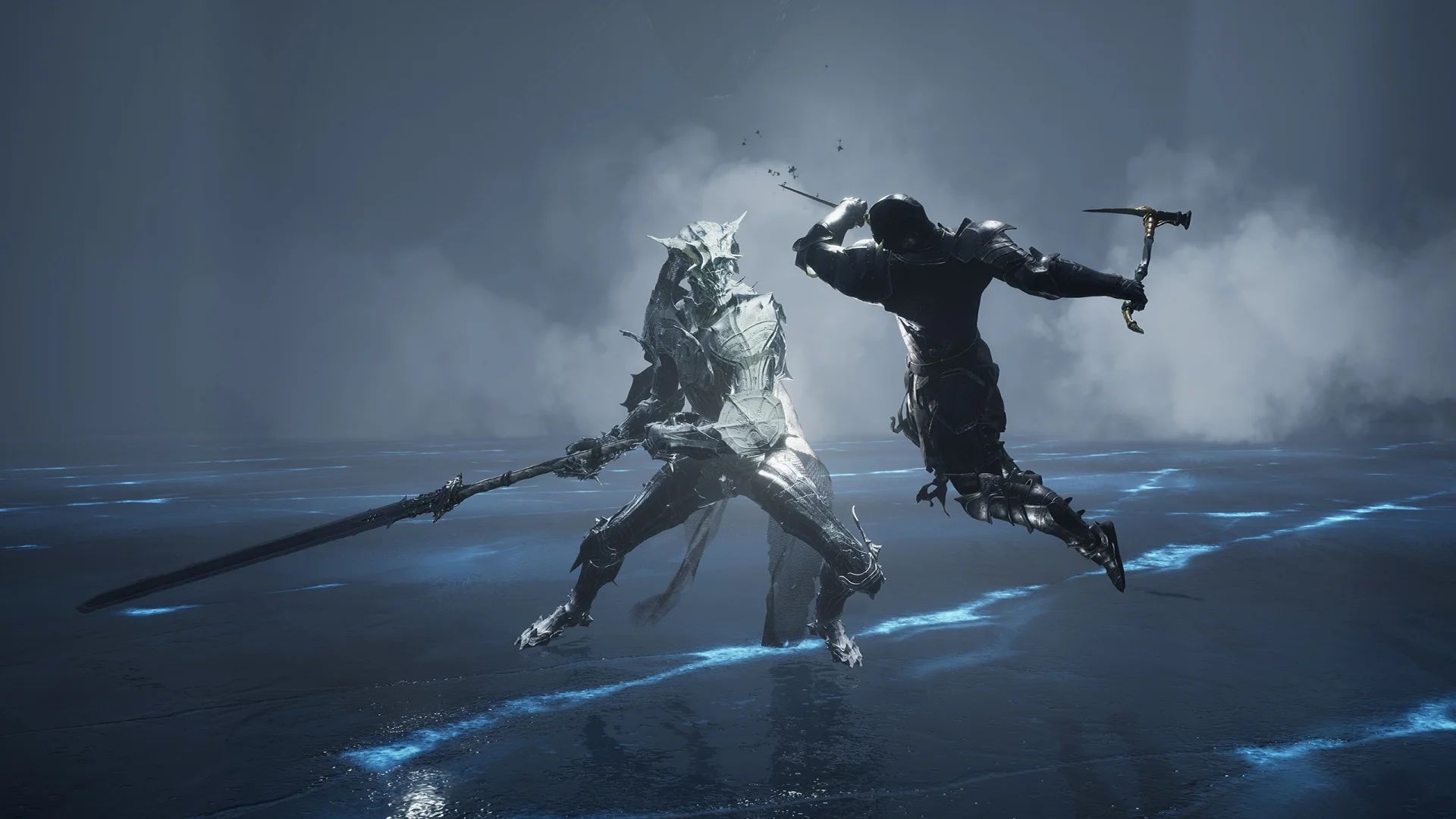 There are some other issues that prevent it from being rounder. Artificial intelligence is a bit basic – without detracting from its lethality – and one can be exploited in our favour if we cheat a bit. The weapons are also unbalanced, which means that in practice we will not be as free to choose the one we want. The music is quite absent and the sound effects are just fine, all this helps the atmosphere but it wouldn’t have hurt to give the sound prominence either.

Mortal Shell is probably one of the best imitators of the Souls in the indie arena, with all that that implies. It is cruel to make so many comparisons with FromSoftware games because they play in another league – not even other more resourceful studios have overshadowed the Japanese team – but it is no less true that Cold Symmetry sought to make its RPG by looking sideways at these games. There are aspects that have developed well, especially the combat, the air of evil that is breathed and its cryptic history; However, underneath this facade, neither its background is as passionate to investigate as in a Dark Souls, nor the playable design lives up to the myth. It’s as good as a small project that celebrates modern classics with the limitations of a novice studio can be.

We prepared this review with a digital review key for the PS4 version provided by Evolve PR.