Elder scrolls five Skyrim VR review on PS4 Pro and Bethesda Softworks gave us a code for review purposes. So it’s here. PSVR version finally arrived six years after its original release and subsequent releases, Skyrim gets a new coat of paint and get the complete and total VR makeover, for those unfamiliar with Skyrim, this is a first-person action RPG with an emphasis on freedom of choice. You could be a mighty warrior or mighty mage or the exact opposite become a skilled thief and assassin or mix any one of those and more. Save the world or forget about it. One of the landscape in search of adventure in the undiscovered included in as little VR packages.


The three original DLC releases Dawnguard and  Dragonborn which offer their own lengthy story campaigns and side missions, along with Heartfire which allows you build your own house with a plethora of customizable options and some tiny quests. We love this game to choose complete every single mission campaign quest I could bring around 200 hours and enjoying every single minute of it. As of this review of plucking a paltry eight hours VR again our familiarity with the world of Tamriel trust us, this is absolutely amazing. The controller two different options available here as each one offers its own pros and cons. Dualshock 4 is accurate as expected locking your arms in front of you, typical of any flat FPS. Controller triggers act as your arms and the buttons are assigned to function such as jumping, spring, game menu navigation. The immersion factor works in some ways, but the fluid control the way you navigate is just more natural compared to the move controllers, assign a weapon shield or spell or press the trigger button to unleash your fury. Menu navigation is fluid and overall Dualshock 4 just plays smoothly. Ideally this control scheme feels better just for the ease of play. On the otherside Bethesda is maximizing the move controller as best they could, but we struggled with this method whenever we used it. While movement is simple enough and allows for full locomotion. In a heated battle, if an enemy sneaks up on you and flanks you, the scheme just feels cumbersome. Swing your sword as fast you can or typically just slash most foes, the enemies don’t react according to your swings, hampering that immersion factor. Although the spellcasting block mechanics work awesome with the moves. Spells are assigned on whatever hand you want and can be unleashed in an impressive fashion while raising your arm to block incoming attack is equally awesome. Provide you have shield is doing so with weapon didn’t seem to work nearly as well or at all. The button restrictions make interaction menu navigation slow they struggle with this whenever I use them and went back to DS4 just for the simplicity and more natural feel. On that note, both control methods have a wide variety comfort options so pick the one to your hearts content and get gaming. I recently back to the Xbox 360 version just like compare that with this and am happy to say that it feels good direct port of that older version. Skyrim was a beautiful game six years ago and it’s a beautiful game now. Some parts may have dated visuals but VR does something amazing to look at the game. 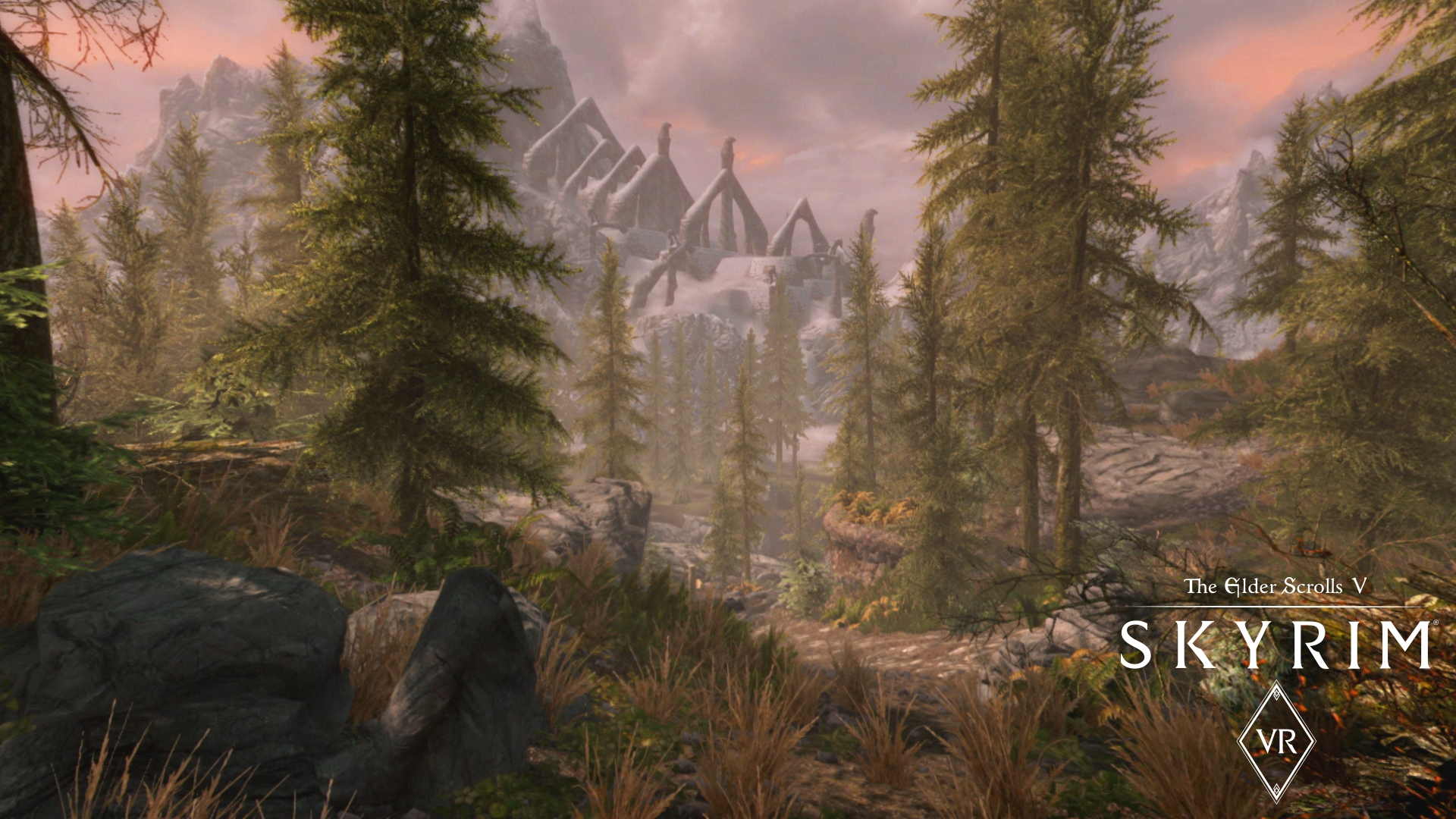 Everything is closer thanks to VR in the opening moments, we gave a big thumbs up soon after noticing the small things the veins of the guys arm or just admiring facial expressions. So many of these details were just ignored play in the flatscreen. While this may look dated for a modern AAA non-VR standard. It still looks amazing sense of scale is awesome and seen mountains in the distance, knowing him very walk all the way over there traverse them is crazy getting close to a Dragon or a giant elicits a sense of scale seemed very rarely and VR typical of VR. Further, we object are the more blurry they become. And that’s true here really noticeable when you’re looking for an objection impressed with how clear the game. Look, I just stared at the mountains the night sky just can’t see thumbsucking is close I could everything just to check on the subtle details I missed out of VR. The rabbits may be little aged, but in VR disclose the details and immersive use of scale mix for the most impressive gains of ever seen as a set. There’s so much new here that can be little daunting while the opening chapter is unavoidable. After you learn the basics are given the next-door objective and from here you can do whatever you want easy, but I would advise continue with the main story for couple of hours before running rampant on the countryside main quest offers decent length clocking in at around 25 hours or so and has some of the most epic and cinematic moments in the game going up the beaten path. The sky was biggest strength joining any of the guilds provide their own story missions and takes hours of playtime each and over heard rumor may trigger an investigation into a mysterious house or just wandering aimlessly may yield a ruined castle or ancient work in ruins littered with all sorts allude. 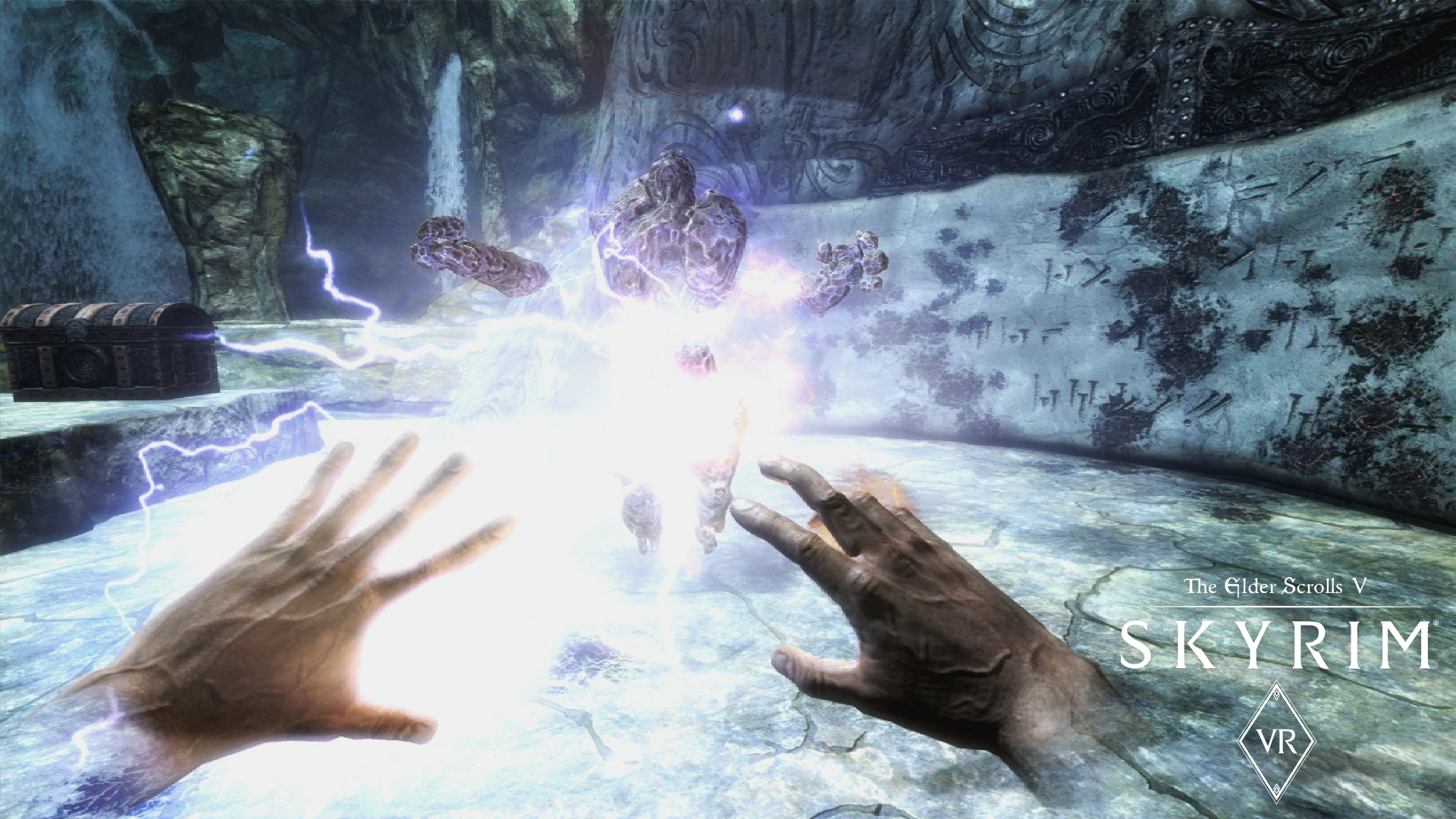 There are literally endless amount quest and task complete here serve time you venture back in this garment you always have something to do level, open ability systems offer a wide variety of choice and to mold your character into exactly how you want him or her to look picked for multiple species and classes each with their own perks and work on improving your ability to both level up system and the skill improvement system. Want to get good at sneaking and start creeping around in the shadows same for lock picking and weapon use and anything else you can do in the game. Anything you want it good at requires a ton of practice every increase in level mixed against a little bit easier to level up system allows you to increase your core traits like health, stamina and magic on top of that you can spend level points to further finesse your abilities. For instance, if you favor 100 weapons and focus Enesco to make you more proficient in that a host of unique bonuses to that trait level up system is most rewarding, any game and you constantly feel like you’re improving and developing new skills and train yourself to the ultimate bad ass hate constant having to pay for armor potions, stomach, small weapons improve your blackness skills and click make items better than anything else found in the game visit with magical traits like additional fire, cold damage or make a chess piece that makes you resistant to magic or boost your health or ton more options trading potions requires an ultimate table we can mix anything you find travels together for unknown effects need a place to call home purchase a house in any of the major cities then find a local store to start making it feel like your own, or if you’re so inclined, build your own start buying up chunks of land for yourself to dispose become an assassin bounty hunter father explore and much much more scar mom subsuming object will take you hundreds of hours to experience all it has to offer. It took a lot out of me keep this assurance I did and there is still so much to do and see here but want to spoil too much. You know the game is by no means new. I recommend avoiding anything potentially spoiler filled and just at the game surprise you. This is a milestone in VR gaming if not for the scope and scale. The simple fact that it works beautifully is a perfect know, but that’s mostly due to the move. Control issues with the DS4 support that issue is moot anyways and every other shortcomings is they forgettable or counter by the sheer amount of fun packed into this game. 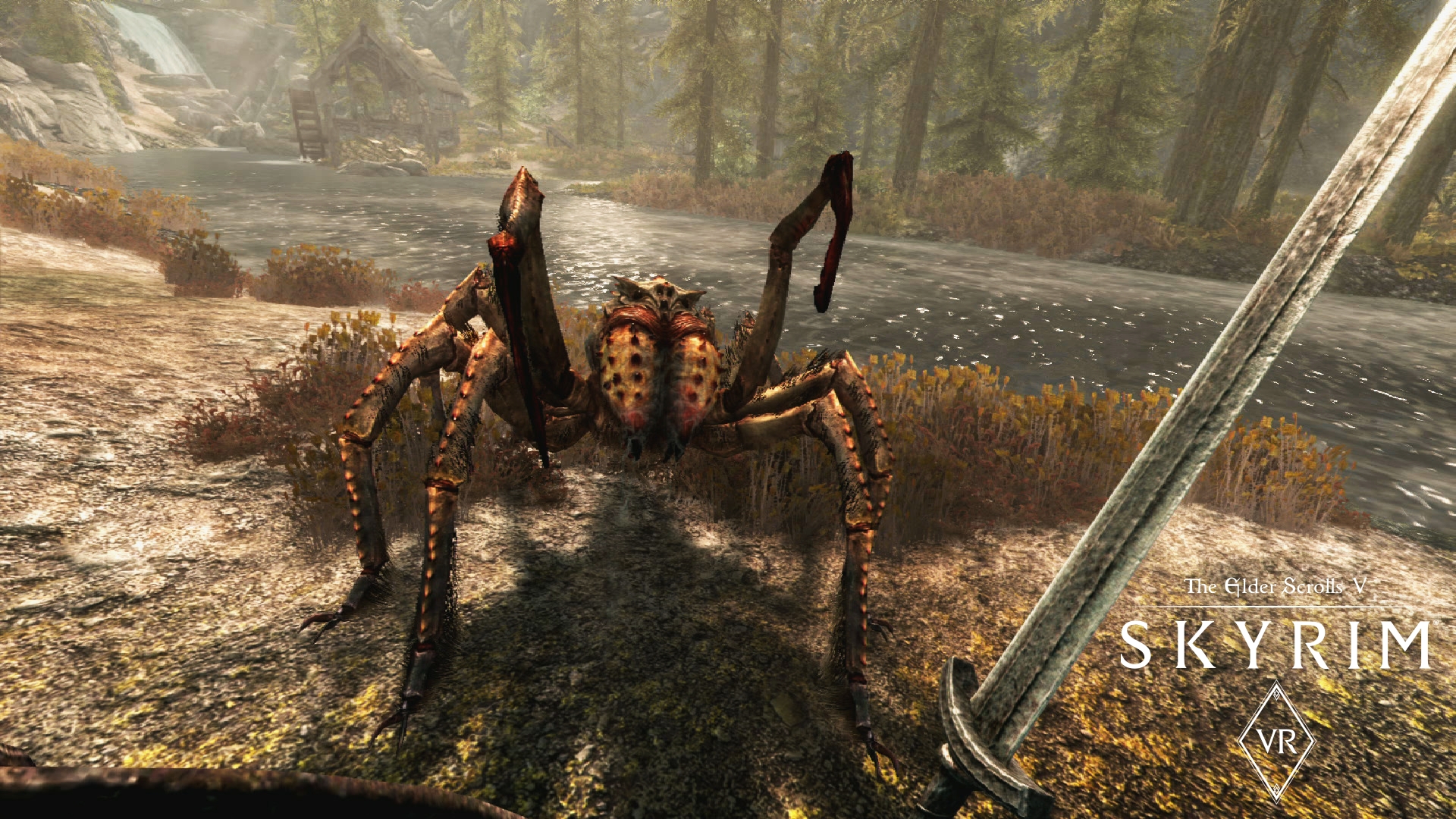 This will suck so many hours of your time in VR just makes it all the more impressive if you never laid scar before than you are in for a treat. If you are scar veteran and venturing back to Tammirel is just as rewarding as it was six years ago and even more so now that you are the protagonist would I pay $60 is an easy ask people complain but lack the content currently available in the art. This is pretty much the Schechter dirty mouth response to those wonders with a full campaign SkyQuest to take even longer to complete and that DLC add-ons and the whole world to explore loaded with the cornucopia surprises. This is an absolute must play a mini give Skyler and V are attentive again any issue with the game are counted by the sheer amount of fun.