Atari brand, along with Sega and Nintendo has acquired that level of popularity that allows a name to be directly associated with the world of video games, even for those who are not into gaming. Atari turns 50 and is a company that, with successes and errors, knew how to contribute a lot to an industry that today that's bigger than many other mediums.

Atari 50: The Anniversary Celebration appears, a compilation of games from the company that seeks not only to remain a compendium of games but also bears the imprint of becoming a virtual Atari museum, a direct reference material for the collectors of this world, something that he manages to do in spades.


Atari entrusted the production of this title to a team that knows a lot about compilations: Digital Eclipse, responsible for excellent productions such as Teenage Mutant Ninja Turtles: The Cowabunga Collection, Street Fighter 30th Anniversary Collection, Mega Man Legacy Collection and The Disney Afternoon Collection. The study, on this occasion, with more freedom, in my opinion, has managed to capture a pretty unique experience that amalgamates documentary parts with the possibility of enjoying more than 90 Atari titles from the most different eras.

Digital Eclipse was a great success for Atari for this title, without a doubt. Many companies must be tempted to throw all the games into a working emulator and wait to collect revenue. The developers here took great care in preserving the inspirational material and giving it that museum/reference material feel. 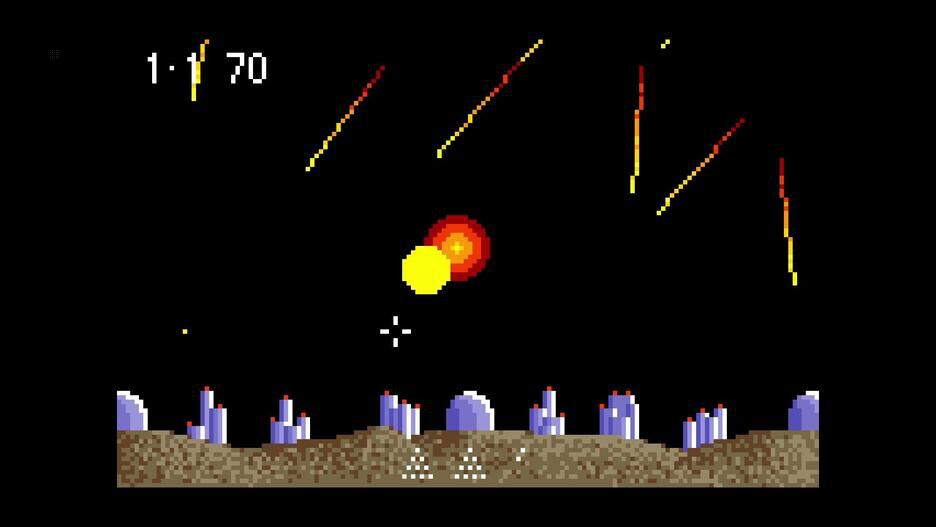 Although the graphics of the games correspond to each era, and there are all kinds of them, the effort and care that was put into reflecting that traditional spirit is evident. This is how, in addition to the filters that make all the games look good on current screens, the frames are perfectly well achieved, like the one on the Atari Lynx that makes you want to grab it from the screen as if it were the console itself.

The sound aspect also depends on each game, in many of which the music was non-existent, and the midis that reproduced the sound effects could lobotomize you in minutes, but which nevertheless seemed fantastic at the time. Despite this, great care was taken with the musical aspect of the different menus with melodies according to the times and an excellent sound remastering job was done in the videos that we can reproduce with interviews and information dating from the 80s or even from before. 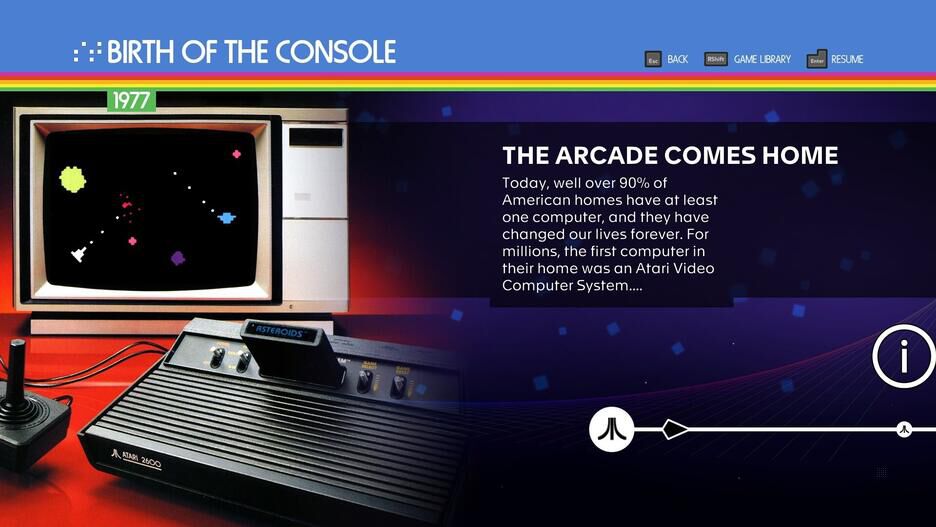 This is a compendium of classic games from six different platforms: Atari 2600, 5200, 7800, ST, Jaguar, and the Lynx laptop, which can be accessed thanks to Digital Eclipse’s emulation. It is worth noting that this is the first time that the Jaguar and Lynx games have been available on modern consoles.

The title includes, in total, more than 90 games from all eras, although in many cases, these are duplicate titles on their different platforms, which can be interesting to see the evolution; it is still the same game. Keep in mind that the games included are made on Atari, so if you were dreaming of playing Atari 2600 classics like Pitfall or River Raid (or even the infamous ET), I have to warn you that they are not part of the game. The same happens with Doom in its version of Jaguar, but the truth is that there is enough to entertain yourself with.

The collection is not only reduced to enjoying classic games, but from Digital Eclipse, they undertook the task of creating six new games as a kind of tribute. From there are born the fourth installments of Swordquest, Airworld and a modern 3D version of Haunted House. The production also includes Vctr Sctr, a vector game like those of yesteryear, Neo Breakout that amalgamates Breakout and Pong, Quadratank and Yars’ Revenge Reimagined to try to cover all palates. 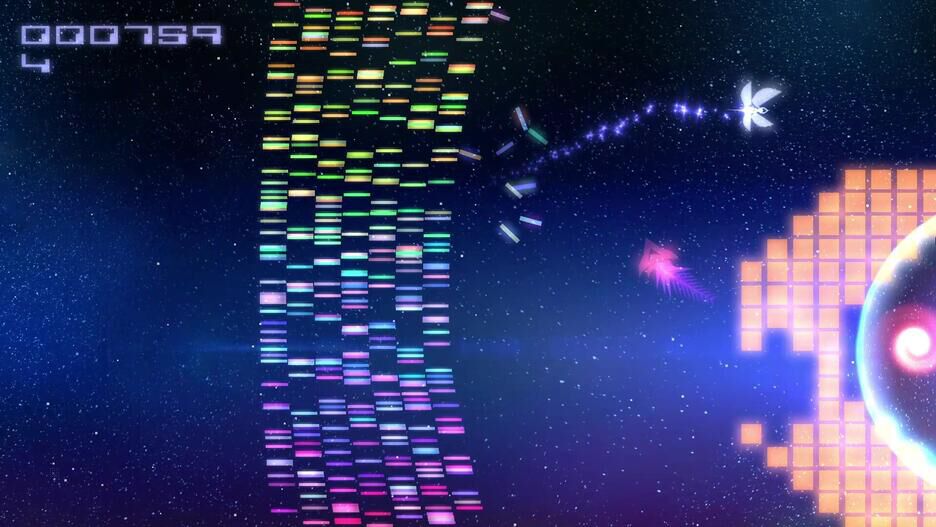 The exciting thing about how the game is presented is that we can enjoy any title by selecting it from a list, or we can enjoy each installment in the historical context in which it was shown, with its corresponding history, photos, manuals, etc. Atari 50: The Anniversary Celebration allows us to enjoy various periods of the company’s history, such as the origins of the arcade, home arcades, ups and downs and the dawn of the PC,  and there, immersed in history, play a game.

In keeping with modern demands, you can save your game anytime and enable various graphics options directly from each game’s menu by simply accessing it. 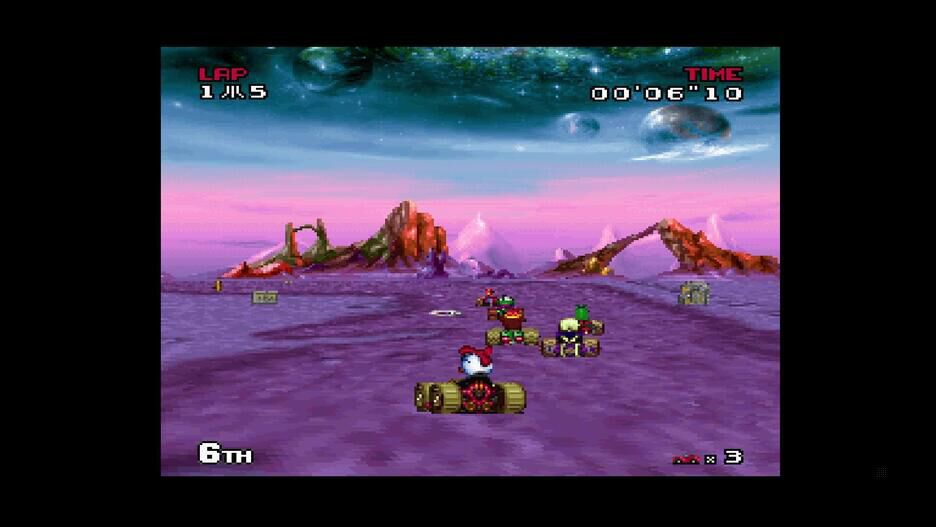 The title includes exclusive interviews with Atari references and personalities from the video game industry, such as the creator of the legendary Pong: Howard Scott Warshaw. In the different modern and old films, we will learn about the company’s first days, the difficulties the creatives were going through and their vision of what the industry would be like.

The oldest arcade games are, let’s say, infinite, so the duration is given by the player to see the maximum score he can reach. However, let’s consider that we can enjoy more than 90 titles plus the significant documentary part. This compilation makes good use of disk space and can offer whoever gets hold of the game many hours of entertainment.

Atari 50: The Anniversary Celebration isn’t just a trip back in time; it’s an interactive museum piece for collectors and gamers alike, whether they grew up with an Atari at its best or want to learn more about it. The industry is practically returning to its origins. 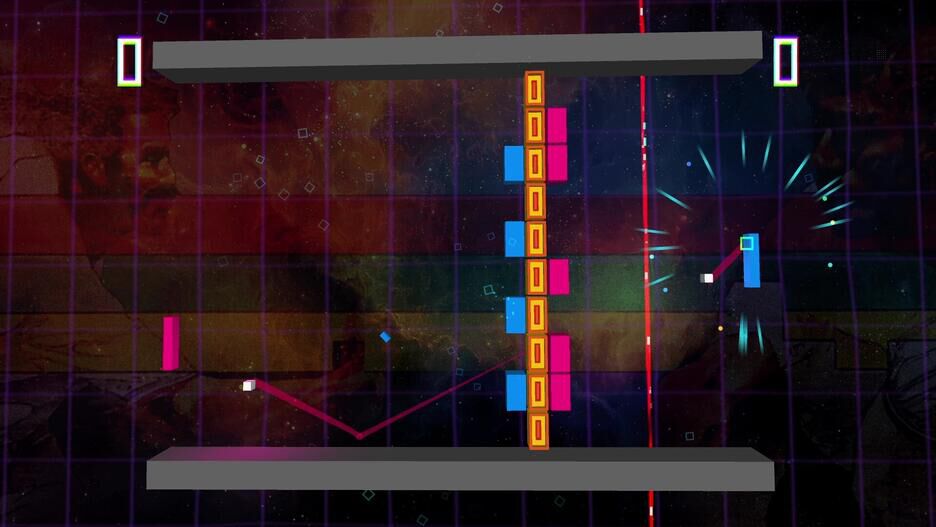 Unfortunately, younger players looking for cutting-edge graphics and fast-paced online combat will not find it here. However, this compilation should be mandatory material in universities that teach software development and videogames, not only because of the large display of capacity and technical talent that Atari always gave but also because of the lessons in overcoming that it was able to give the industry.