After a long development, the highly anticipated and ambitious project from Experiment 101 studios launches, unfortunately, the title has a long list of shortcomings.

Biomutant is one of the biggest disappointments we’ve had in recent years with a video game. The title managed to capture our attention back when it was announced in 2017 with its promise to offer a different action role-playing adventure in a post-apocalyptic world populated by strange mutant creatures, but its long development, the delays, the apparent changes in the direction of the project and the little information that has been given about it during its production, seemed to presage catastrophe. Unfortunately, and with its final version in our hands, we can confirm that our worst fears have come true.

The Tree of Life

Its story tells us how the Tree of Life that sustains the world is about to be destroyed by four gigantic beasts that are devouring its roots while the different tribes of anthropomorphic animals that populate this strange and dystopian version of the Earth in which humanity has become extinct, they engage in bloody wars. One of its great and few successes is that our main objective here will not necessarily be to save them all since our final goals will vary depending on the faction with which we decide to ally.

We can end up being both saviours and destroyers, so it is perfectly possible that one of our priorities is to defend the World Eaters instead of liquidating them since there are tribes who believe that the tree must die for it to occur. A purge and the planet can be reborn. 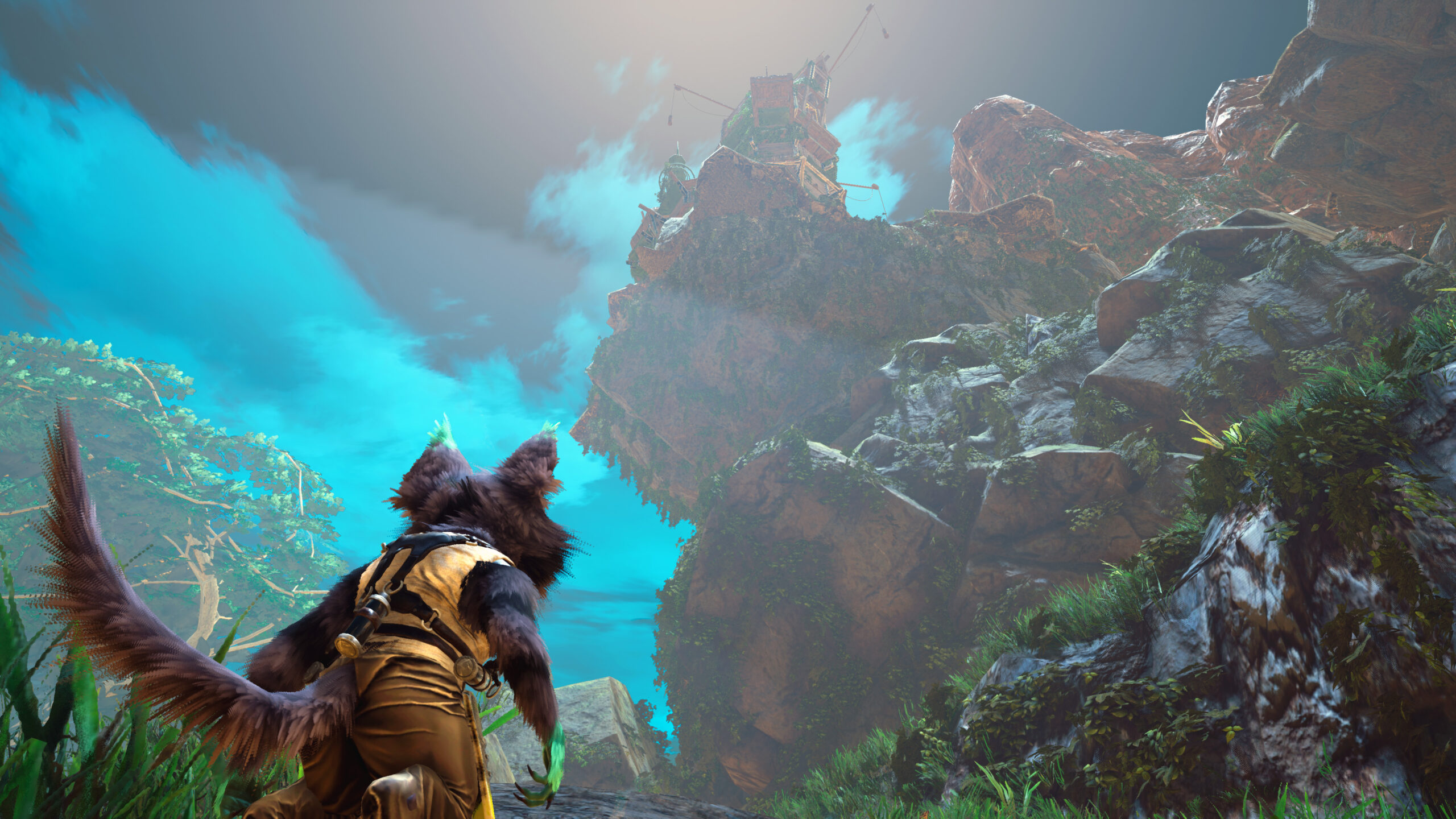 Which sounds so interesting when told as a story but is not so interesting as a videogame because of the disastrous history and narrative. The dialogues are very heavy and to makes things worse the script is terribly written; it does not stop falling into redundancies and inconsistencies, the characters are a disaster, and the dialogue is failing too, in addition to being terribly poorly structured. It is a game that does not make us care in the least about what it tells us, and that makes us want to skip all the videos and conversations, but for the sake of this review, we had to work through the pain. To top it off, the decision system is fundamental yet it adds the very few consequences that our actions have beyond the end and their variants depending on the side we join, and you will end up understanding how badly executed all this is. 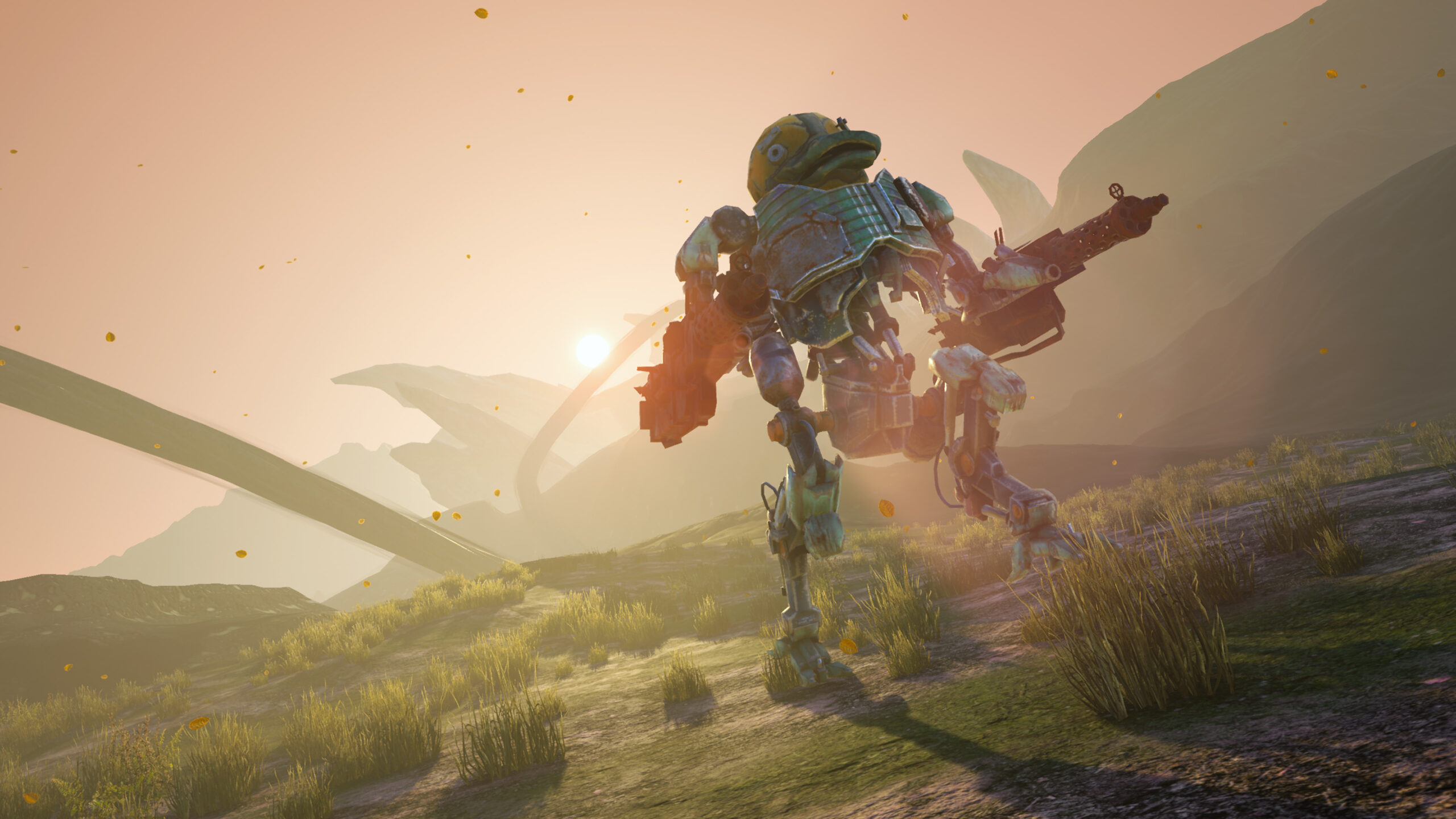 Unfortunately, the narrative is not its only Achilles heel since we have also found a real drama at the playable level. In essence, it is an open-world action role-playing adventure in which we must create our character, level up, collect resources, find collectibles, and overcome many missions, nothing that is too original or surprising at this point.

The first on the forehead we take it with its combat system, with which they intend to offer us a kind of mix between third-person shooter and hack and slash, although nothing it does works as it should. The combos we have are extremely basic and limited, and there are many weapons whose controls and movements are the same. To this, we must add that the sensation of impact transmitted by our blows is zero, that how our character interacts with the enemies when fighting is frightening and erratic and that the collision boxes work very that way, not to mention that the timing to make perfect blocks is never entirely clear because of how little readable it is. 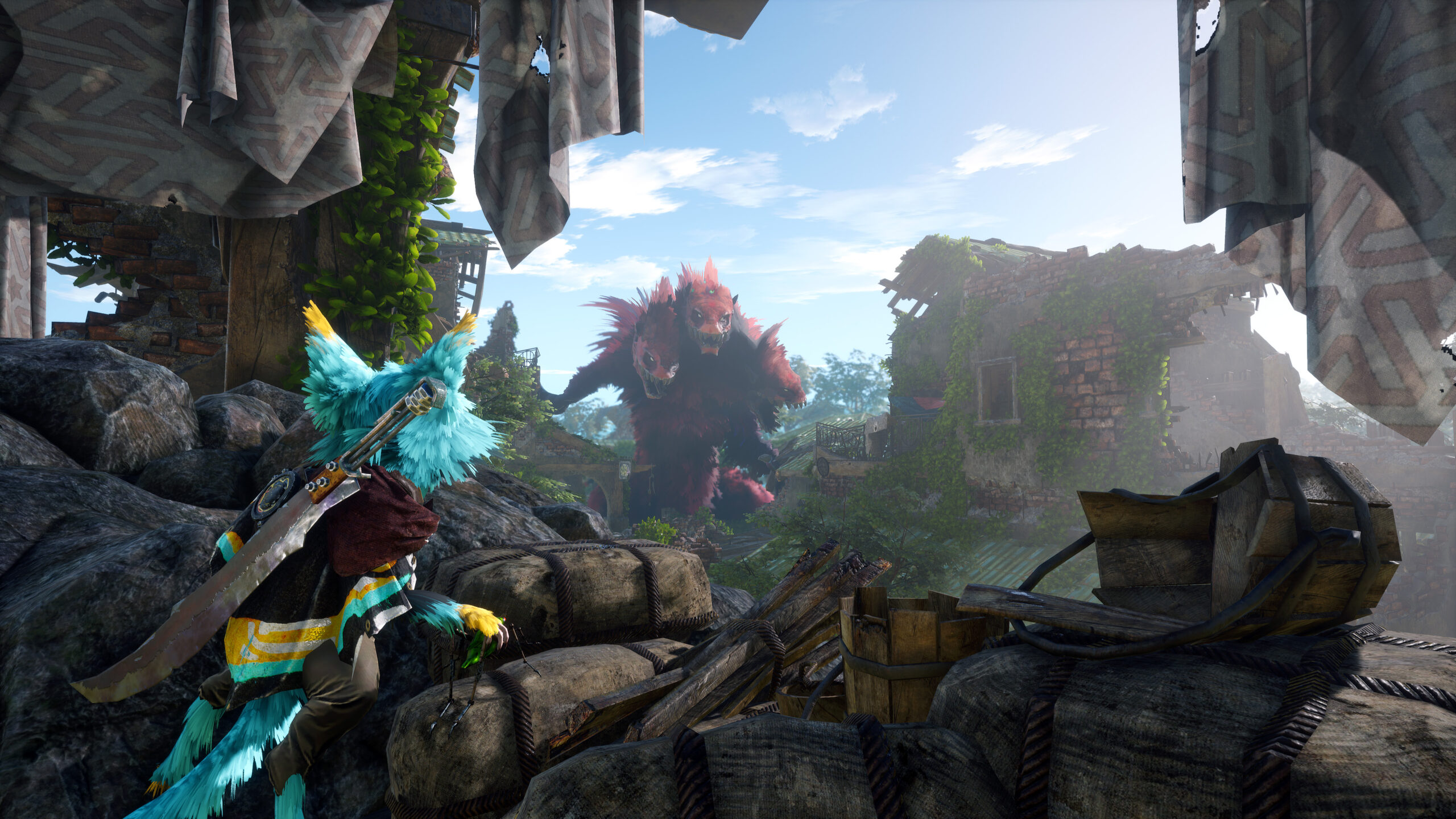 In addition, enemy AI is non-existent, and it is a breeze to fire while moving in circles so that they cannot even touch you. With a decent medium melee weapon, it is perfectly possible to repeatedly get pounding the same combo to liquidate without too many problems to almost everything that is put in front of us. There are also special abilities, something similar to spells and an energy bar. Still, playing on difficult, its maximum difficulty level, we have not needed to pay attention to any of this throughout the game, since we have crushed our rivals by following only the two strategies that we have just mentioned, including its final boss. Almost all opponents share patterns (limited to 2 or 3 attacks each), so there are really very few different enemy types, which only adds to the feeling that all fights are the same.

As you can see, its combat system tries to cover a lot by introducing numerous elements. Still, it is so poorly executed and designed that, in the end, it comes to nothing, a shortcoming that we can extend to the vast majority of aspects of the adventure. The title is going to have you going around numerous times from one place to another collecting resource and completing tedious missions that will make you feel like an errand boy, not to mention that the main plot related to the war is summarized in conquering clone camps one after another, a tremendously guided and extremely boring activity in which we will repeat the same steps over and over again while massacring the enemies that get in the way of our team and interacting with the elements that mark us.

Obviously, there is also a crafting system to make our own weapons and improve our armour. However, we have only used it a couple of times since, with the few pieces we made, it was enough and leftover to destroy, so neither will you need to delve too deeply into it.

The title wants you to explore since the settlements and the location of the secondary missions are not marked on the map until we find them, so there is a certain sense of adventure when we start walking without a fixed course to see what we find. The problem is that the incentives to do this are simply nothing and trivial that in the end, we will also have no motivation to travel the world. After all, scouring for resources that we will rarely need and embarking on boring optional errand assignments without any mildly interesting plot isn’t exactly appealing.

Regarding its duration, completing the main plot will take about 10 hours if you just stick to the main missions; however, if we want to do all the secondary content, no matter how repetitive and tedious, then you may extend the playtime to 60-70 hours. And that’s not counting the New Game + mode to test other alliances and decisions. 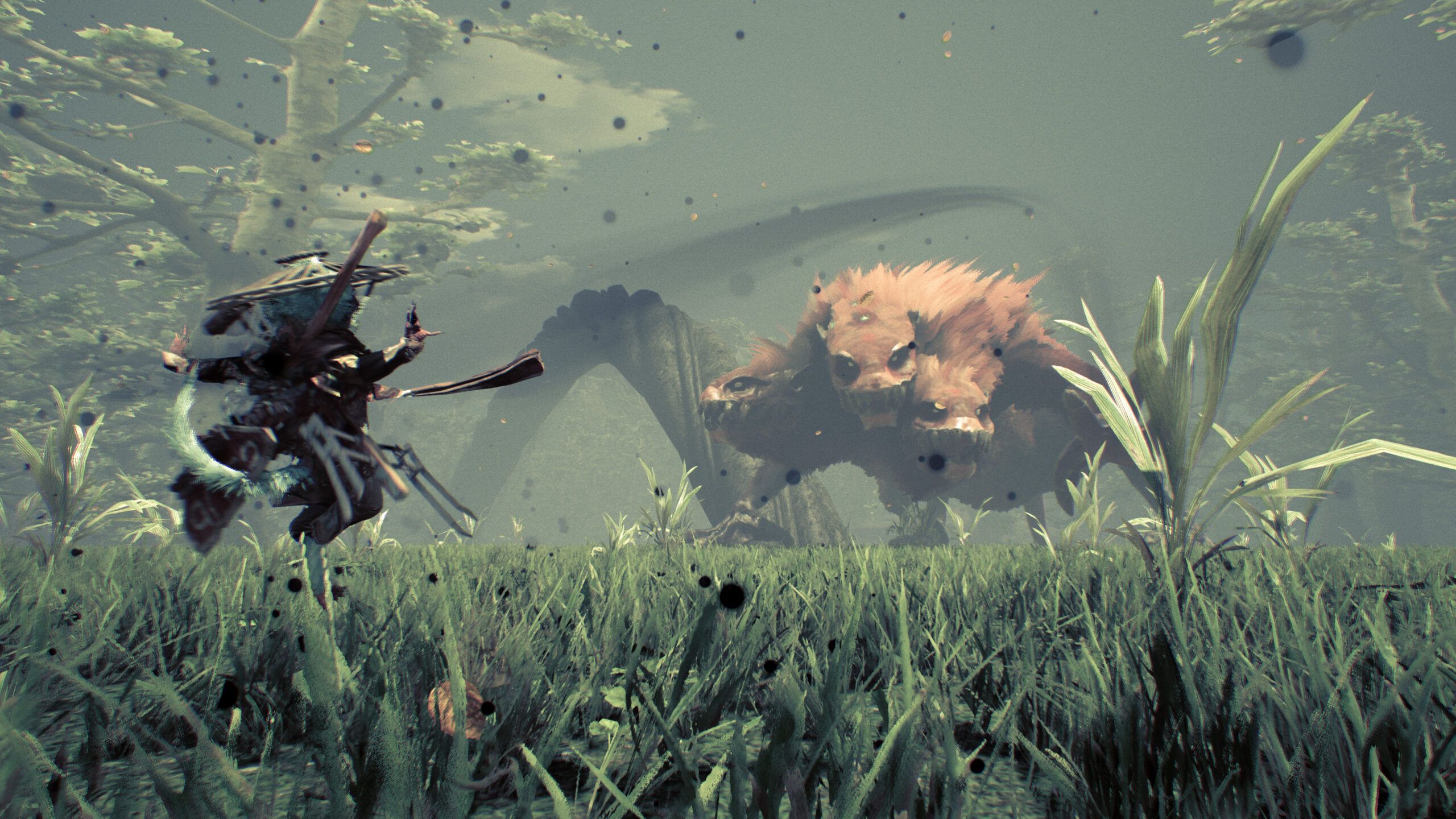 About its graphic section, things still do not improve much because of some poor modelling, some quite bad animations and low textures, in addition to certain defects such as the little interactivity we have with the scenarios, it’s also so awkward to navigate the world or the obvious popping that is always there. In addition, some places have been copied and pasted as-is, with towns, camps and areas that are a carbon copy to place the resource chests in the same places. On the positive side, the title has some very nice settings thanks to the artistic direction of its world.. There is not much visual variety in the sites we will visit. Still, it is a fact that cannot deny that this combination of nature and the remains of our civilization has something special and evocative.

Finally, the sound section offers an oriental soundtrack with lovely pieces. However, the list of songs is minimal, and the way it is used leaves much to be desired, so we will listen to the same melodies repeatedly and the sound effects are pretty weak as well.

Biomutant is a title developed based on many ideas and mechanics from other games, but without retaining any of the things that made its inspirations so popular. In the end, the feeling it conveys is that of having suffered several lurching and course changes throughout its development to include new elements without anyone stopping to even think about how they could affect the rest of the title, leaving us; as a result, an open-world title that fails miserably in everything it sets out to do. 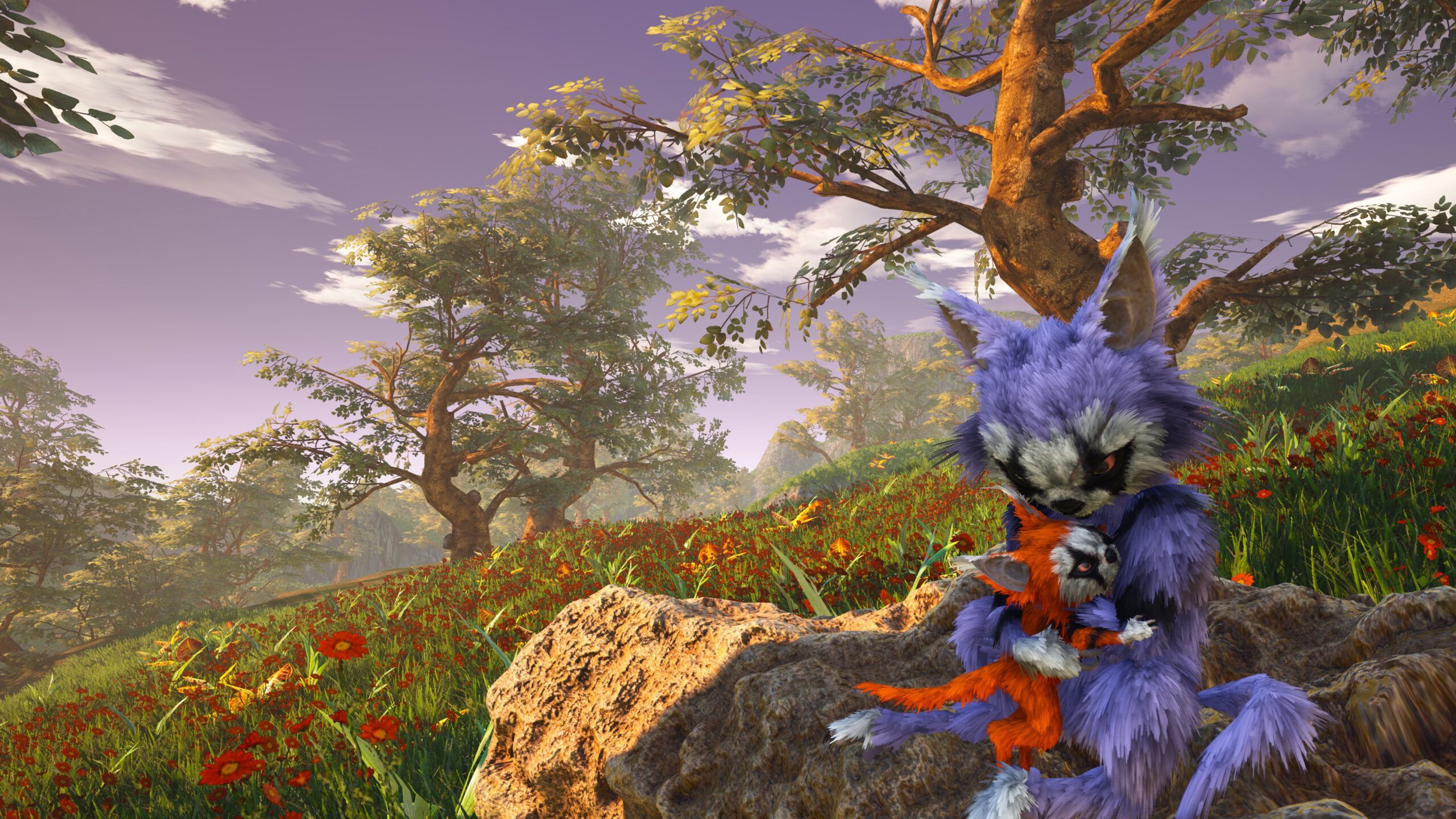 Biomutant once was a long-awaited game that seemed to promise so much. Still, it would be challenging for us to recommend its purchase even if you saw it on sale since we value more the time you will lose with it than the economic cost that you can suppose. Right now, we are lucky to live in a time when there are tons of great options and alternatives to have fun and enjoy our leisure time, but, unfortunately, the work of Experiment 101 is not one of them.

We prepared this review with a digital PS4 copy of the title by Evolve PR.