Bravo Team is an Immersive FPS title for PlayStation VR that lacks content.

Supermassive Games returns with a new virtual reality experience for PlayStation VR after the recent The Inpatient and Until Dawn: Rush of Blood. Bravo Team is a first-person shooter structured under the classic cover & advance system. The title slightly evolves this playable concept, offers compatibility with Aim Controller, cooperative options, and an immersive experience, the controls are not super precise, the story is very linear and once you beat the game, the game offers a little additional content.

Bravo Team puts us in the shoes of a military escort that must protect the president of an Eastern Europe government. Trying to escape from the city, where we will be brutally attacked by the enemy army. You will be forced to fight side-by-side with your partner to survive. The adventure is divided into seven chapters and approximate duration will not exceed four hours. 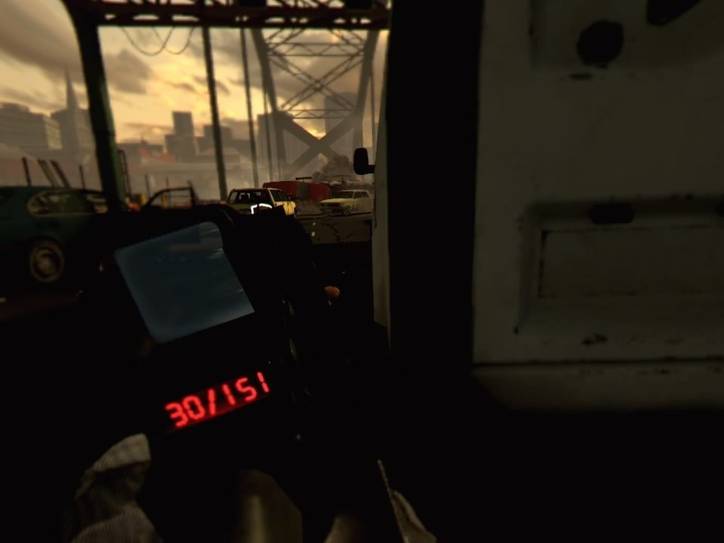 Within each scenario, we can only move between the different available covers, in order to shift cover you need to point your weapon and press the action button. Once we get behind the cover, we can go out and shoot or stay hidden, it is very important to analyze the environment well so you don’t end up injured. These cover locations will be functional and will add an interesting strategic component. However, the lack of precision of some actions ends up substantially limiting playable options. 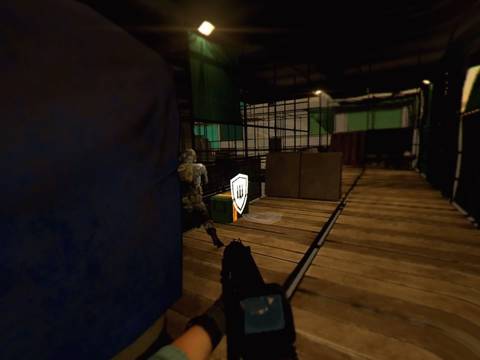 When you’re advancing forward,  it is simple and fast, but the system will begin to weaken when you try to perform more complicated actions such as if you miss an enemy behind, it’s super hard to turn back an shoot. These control issues will make you lose a lot of time and you will end up frustrating yourself, making it clear that we are dealing with a system that is too coarse. In addition, a bad design decision has been taken when implementing motion animations in the third person, something that notably breaks the playable immersion.

The aiming system offers great realism(when you’re aiming front), especially if we use the Aim Controller. This peripheral already showed its kindness in Farpoint and Doom VFR, making it clear that it is an almost essential complement for lovers of the genre in VR. This command allows greater precision and more practical control of the different actions, something that helps improve certain aspects of the gameplay. In the same way, the video game can also be enjoyed with the DualShock or two Move commands, finding here the same playable options, but also a less precise handling that harms the final experience.

In addition to using the coverages, the aiming system will also allow us to move our body to find the best shooting angles. Among the available weapons, we will have assault rifles, sniper or shotgun, counting all of them with a realistic finish and precise control. In addition, an interesting mechanics are added, and that is that our weapons will be recharged with the ammunition boxes that we will find in the scenarios, so we will constantly have to look for these supplies to avoid being left unprotected. 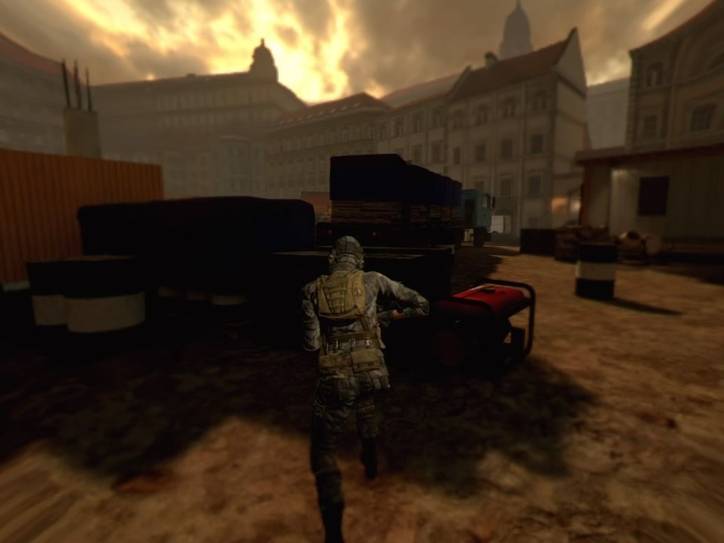 Another of the most important elements of Bravo Team is that it offers a combat style in an online co-op. This cooperative aspect will allow us to invite a friend to join our party and use voice chat, achieving a much more tactical approach that greatly enhances the fun. In addition, we can also perform automatic matchmaking to find a partner, or use the offline option of artificial intelligence, enjoying in this last case of a good game experience. 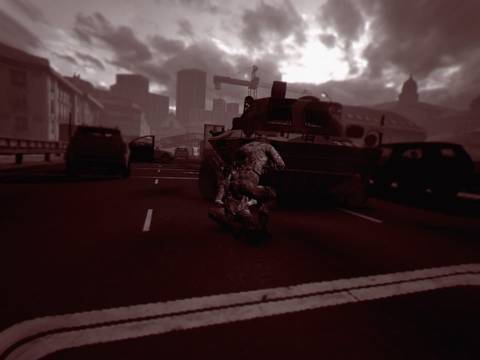 The cooperative side also extends playable options, since at any time we can give and receive orders, such as going to a point or reviving a partner. All these actions will be activated in a simple way with the movement stick, and although the playable limitations of the title preclude a more agile and operative cooperative experience, the final set benefits from its use.

With regard to the rival AI, the truth is that their behavior is competent. In total we will have three difficulty levels, the last one being a real challenge. The movements of the enemies will always be frontal, being able to flank us if we put ourselves in a bad position. For its part, it’s positioning in hedges will not be very effective, and it is therefore relatively easy to eliminate them.

The campaign mode, where you play the storyline is very linear since our only function will be to move forward clearing zones. The design of the scenarios is not very varied, although we will find more open maps than smaller ones with close combat. Finally, the narrative does not have much weight on the story, so it ends up being simply an interesting backdrop. 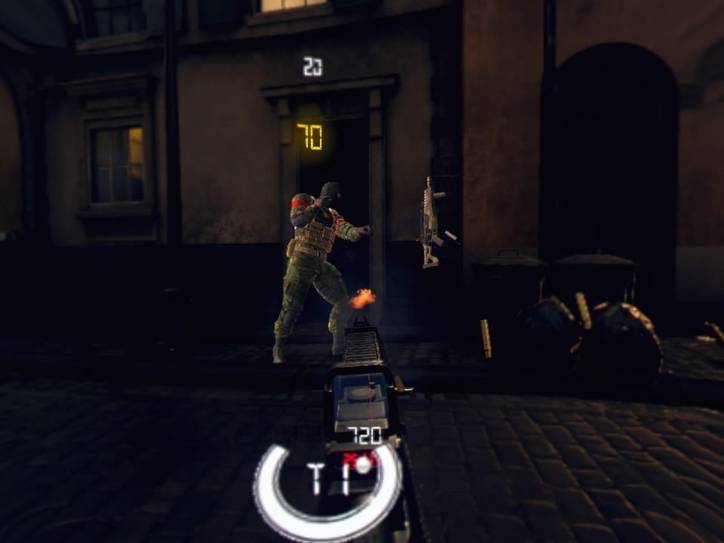 As we complete the seven phases of the campaign we will unlock these scenarios for the scoring mode. Here we can repeat the missions with a point meter that will take into account our precision and our fastest time to finish. This aspect is interesting and makes the experience more fun (especially with friends), but it is still a replay of the campaign mode.

Bravo Team offers realistic and immersive environments, achieving an interesting modern realization of an Easter Europe country affected by Terror. This guarantees a well playable VR experience, something crucial in this type of virtual reality adventures. However, the title is very limited in terms of the design of scenarios, modelling of objects, textures and lighting effects, leaving the feeling that we are in an empty world. Thanks to third-person animations and high rate of images per second, the experience is very stable, so we can enjoy for hours without suffering from any kind of dizziness. 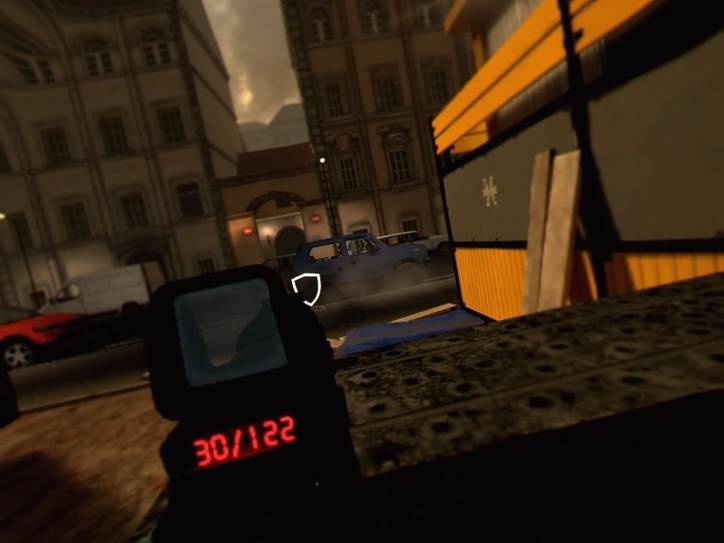 The sound level comes completely remarkable despite the few lines of dialogue. Regarding the sound effects, the weapons stand out for having a faithful sound, achieving greater realism. Finally, the soundtrack goes very unnoticed, eventually becoming a mere accompaniment. 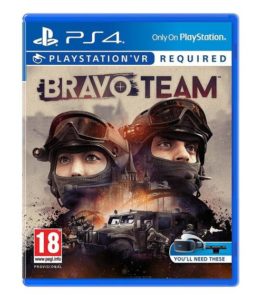 Bravo Team is an immersive first-person shooter designed for virtual reality and based on cover-advance mechanics end up being imprecise and not very dynamic. We are also facing a limited title at the playable level, with a very linear storyline, few game options and visually unambitious. Despite this, you will enjoy a campaign mode full of action that can be completed in online cooperative with a friend, something that brings more intensity and fun to the title. Bravo Team is a game only interesting for those who want to take advantage of the Aim Controller or for those who are great fans of the genre.

We have prepared this review on a PlayStation 4 Pro with a download code provided by PlayStation.