Bungie shows their ambition with Destiny 2 by bringing a sequel to the critically-acclaimed action-adventure series that fixes the flaws of the original, which maintains and enhances all its successes!

It has been pretty clear that Bungie did bring many updates to Destiny 2 fixes all the flaws of the original. This is because of a developer like Bungie, creators of one of the most important action franchises in the history of video games, always aim for the best, and expectations before the first Destiny were excessive.


This sequel, instead of proposing a revolution within the new franchise from Activision, focuses on propping up the proposal, in arranging, polishing and improving everything that offered in the first game over the last three years, through multiple updates and expansions. A game that despite its multiple flaws was able to hook many players for hundreds or even thousands of hours, because if something defines Destiny is how dangerously addictive it is, something that is further enhanced in this sequel, where it is almost impossible to drop the controller.

Yes, Destiny 2 is a continuation game that does not bring great news, neither as regards the playable formula nor in terms of truly original content, there is not even a new breed of enemies to deal with. Sometimes it looks more like a gigantic expansion of the first one than a true sequel, although it has an enormous amount of new contents in the form of missions, weapons and new locations, and more important, it arranges of a completely new way to solve the major problems of the first game.

It is a better structured and designed game, in which you know at all times what you can and should do, what is the purpose of each object and character, and in which you have clear your goals and the multitude of missions and activities things you can do, which are not few. Now the story is easy to understand and has a much more elaborate narrative, the superb shootings mechanics, are maintained and are enhanced, and there is a console game in which to shoot is more fun than in this one; you can be killing enemies for tens of hours, you never tire, a masterful example of gunplay by Bungie .

Having said that, we have divided our heart and mind. On one hand, we have the vices that we have stuck during these days, the hilarious moments that we spent with some friends shooting shots, who ask us to recommend the game with enthusiasm and without qualms, we have not been having so much time with a first-person action game, hooking us up to unhealthy levels. But on the other hand, we would have liked that Bungie not only dedicated to arranging and polishing the original Destiny, and that they would have gone a step further, with a more ambitious game, that offered novelties of real weight for a sequel of this big.

In any case Destiny 2 is an excellent and unique game of its kind, that will delight those who enjoyed the first, and that will repel in the same way those who did not connect with their particular proposal. A logical evolution of the genre of first-person action games, which feels like one of the few truly next-gen experiences of this generation of consoles, which is about to turn four years old.

Much more and better

One of the most criticized aspects of the first Destiny was its campaign, far from the best experiences that Bungie had offered us with the Halo series, and a real disaster in the narrative, wasting the interesting universe they had built. In Destiny 2 they have put their focus on the matter, and the campaign is much better, although it still does not seem any wonder, except some isolated moments. 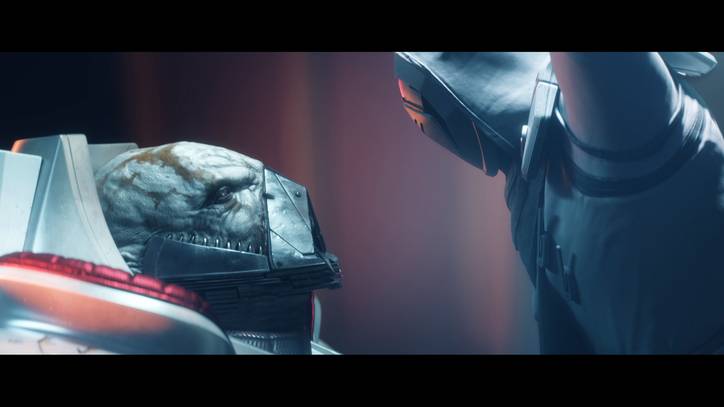 Now there is an understandable and correctly narrated story, elaborate and well-built characters, and you know at all times what you are doing and the purpose of your mission, in a kind of great tutorial that presents you little by little all the possibilities of the game, which there are many. After the initial surprise that the campaign is carried out with a certain fashion, you start to discover that the design of the missions is not surprising, that they lack big final bosses, and that despite some moments inspired by the final stretch, you will forget the campaign with the same speed with which you finished it, because it is not long enough. 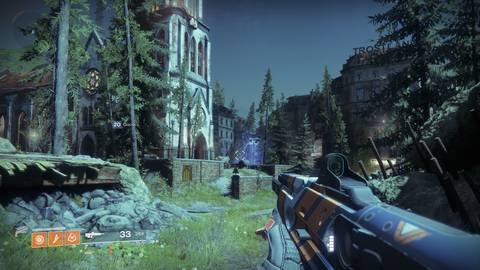 In a conceptual error that is hard to understand, this time we are not allowed to play the missions of the campaign in another difficulty than the one offered by the default game, which now bets on the auto level of enemies, who adapt to our level of experience. This is a basic error because the same mission can be played by two players with a similar level, but one is an average first-person shooters player vs. the pro gamer who passed the Halo in legendary, for whom Destiny 2 will be a piece of cake.

In any case, as Destiny fans will know, once the story is over, the real interesting part begins. You reach the maximum level, 20, and it’s about focusing on improving your light level, making your character stronger and stronger by getting better weapons and armor, which is a real vice, and when you get the highest doses of addiction when you play for about 15 to 20 hours. 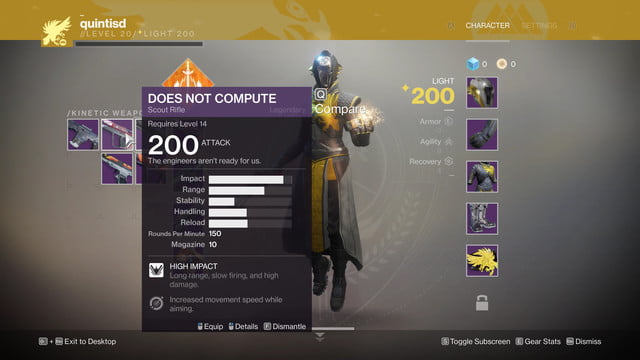 At this moment you have almost all the possibilities of the game unlocked, and there are few. We can explore the planets with freedom and carry out a multitude of activities and secondary missions, some of the new ones, such as the Events, some very elaborate and narrative secondary missions that are a good novelty, or the Lost Sectors, very visually attractive dungeons where expect a succulent treasure at the end. 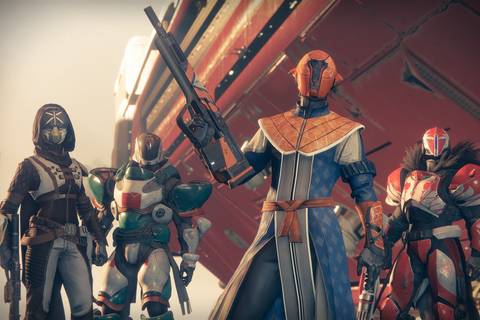 We can participate in the entertaining public events, where we always want to activate the heroic version, look for Treasure Chests for all scenarios, tackle the assaults with two friends, and of course be dropped by the entertaining Cruiser, the competitive multiplayer. And more activities that are opening as you increase power, such as the Sundays , which are challenging time trial assaults and with some handicaps, The Trials of the Nine , competitive multiplayer games for the most expert players, or elaborate Incursions, one of the best contents of the game, dungeons for six players in which we not only have to be skilled with the trigger but also think and solve complex puzzles or complicated sections of platforms.

Also this time they have taken into account the lone wolfs, who for whatever reason does not have a squad of friends to enjoy these experiences, and both the Dungeons and Raiders will have a system to find other players whom to play with, something that certainly needed in the first.

Full immersed in the endgame, you celebrate every new engram you get, every weapon or armor that increases your Power even a little, and the speed of your character’s progression slows down, but at the same time it becomes more and more satisfactory, and you’re glad of every little improvement. The progress on Destiny 2 in the early hours is much faster and satisfying than the first, but when you play for more than 30 to 35 hours the thing starts to get complicated and begins to remind us more of the first Destiny.

In addition to the quantity and variety of content , greater than in the first, and a progression of the most just and best designed character , the best thing that Destiny 2 has is the clarity with which it exposes all its possibilities, how easy it is to move around its menus and the different areas it offers us, and how well it makes clear what our objectives are to continue progressing in the game. 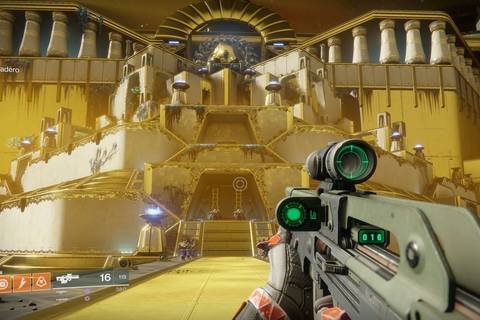 All these possibilities would not be worth anything if they were not based on superb shootings, which we take for granted in Destiny, but we should never stop praising because they are spectacular.For hours and hours to slaughter enemies and for some kind of strange magical spell you never tire, which also helps you a variety of huge weapons and a number of enemy types also notable, although we expected more news in this respect as it is a sequel, as a new breed. 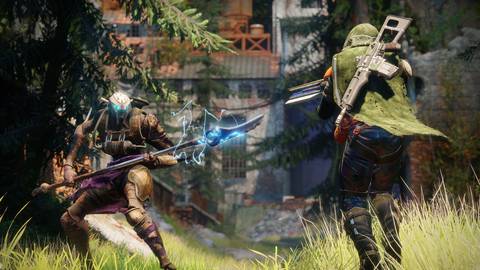 Graphically we also hoped for a slightly bigger jump, and after the small disappointment that supposes that it is still moving at 30fps on consoles and that it looks relatively similar to the first, the visual section is not one of Destiny 2’s weaknesses. Thanks to the elaborate art direction, we find some scenarios that are a real step for any fan of fantasy and science fiction, and situations with dozens of enemies and all kinds of effects that are very spectacular, and where the rate of images per second does not drop at any time. 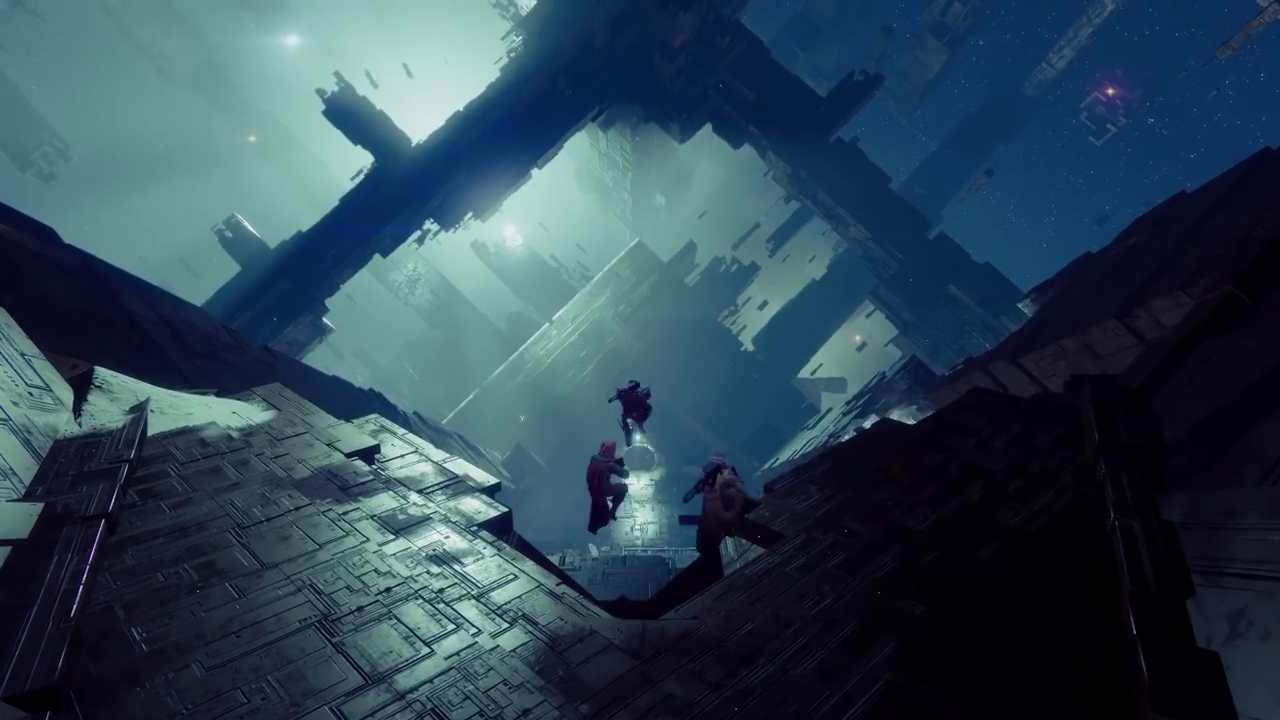 There are textures left to be desired, and the lighting should be a little more sophisticated for a game coming out 2017, but the truth is that it is a very complete game, and is able to offer scenarios and situations that often leave you with your mouth open. Even so, we would have liked it more if it has gone a step further, and opted for the 60fps.

The sound like in all the games from Bungie returns to be a section that is very careful, and although the soundtrack, in general, does not equal to the magnificent work done by Martin O’Donnell in the first, that seems to us almost insuperable, Destiny 2 offers some outstanding tunes so incredible that the best we’ve heard in this generation of consoles. 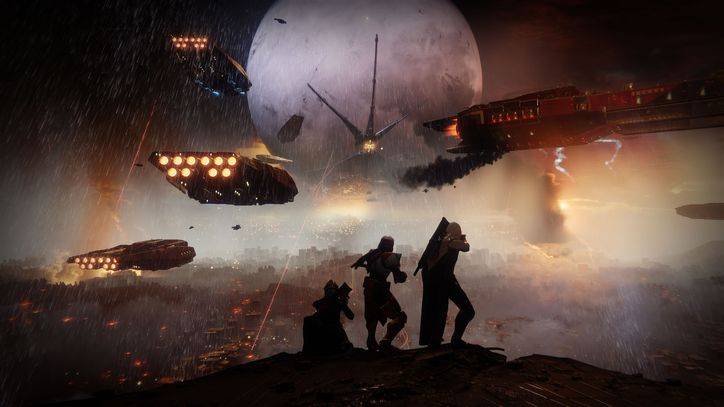 This is accompanied by varied sound effects, careful and forceful, and a good voice acting, which finishes giving the final touch to a section of outstanding sound, which is expected from a big production like this.

We have loved Destiny 2, we have enjoyed it a lot over the last few days, and we will continue to do so over the next few months. There is no reason for those who say that this feels more like a Destiny 1.8 than a true sequel, and it is true that we expected more shocking new additions and with greater weight. 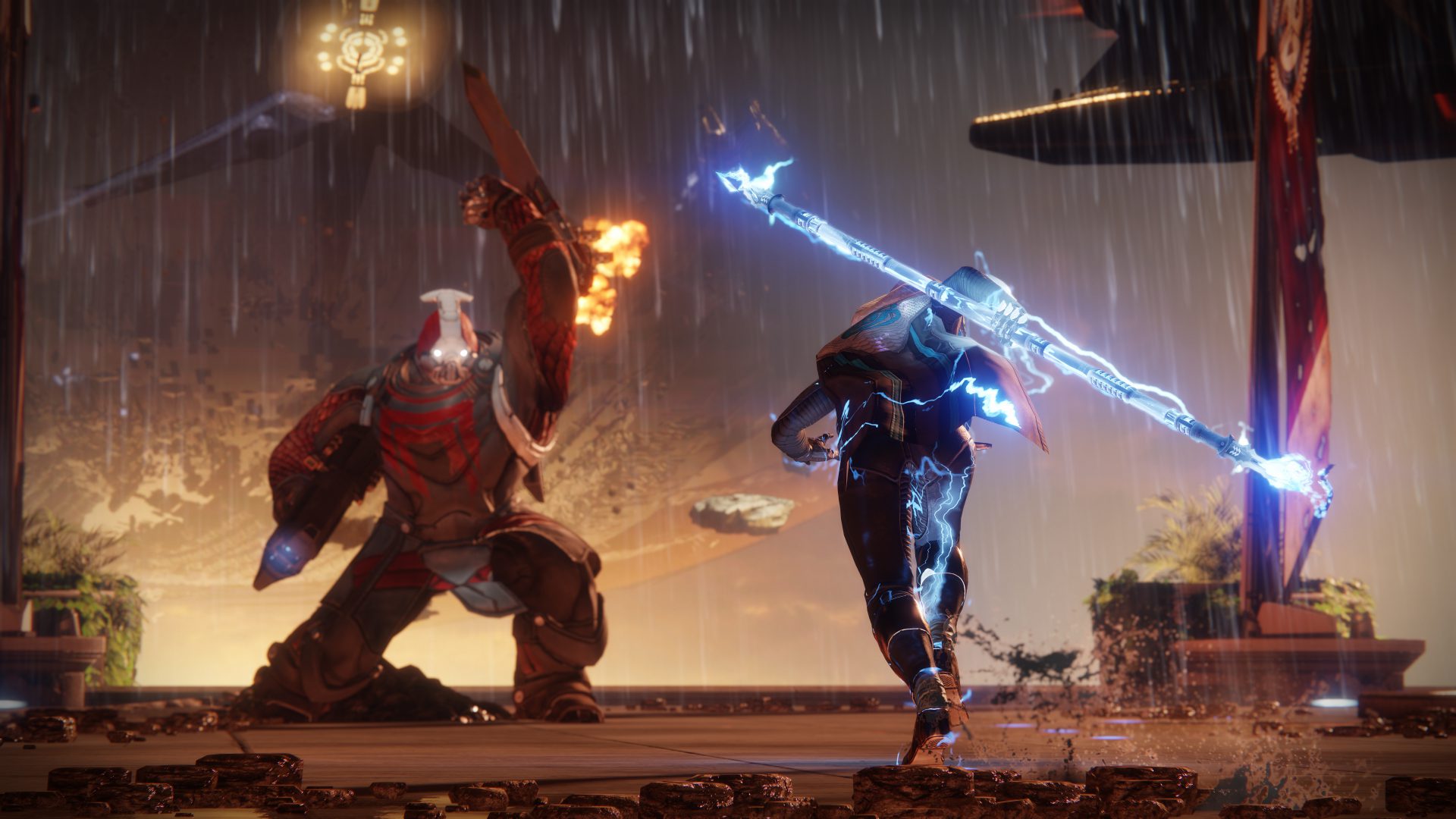 But judging by what it is and not what it could have been, it can not be denied that it is an excellent action game, with a lot of content, a very attractive setting, and a perfect gameplay, and if you have the opportunity to enjoy it together with some friends, it becomes an essential for any lover of the genre.

Now that they have hit the spot with the formula, it is easy to imagine a prosperous and long-lived future for this action series, which we have no doubt is going to be one of the most influential games of the coming years.

We prepared this analysis based on our gameplay with the PS4 PRO version with a download code provided by Activision.