If you look back,  the survival genre was booming a little while ago, thanks to titles like Ark, DayZ or Rust, becoming a very popular genre just before the Battle Royale came to stay.

Speaking of survival there is a huge catalog of games some of them pretty similar and repetitive titles and now there is Fade to Silence,  a game  developed by Black Forest Games and published by THQ Nordic that seeks to give a new twist to this genre with some  very interesting ideas, although some part not well executed.


Welcome to a cruel and cold world

Fade to Silence is a  survival co-op title puts you in a post-apocalyptic world was shaken by harsh winter climate and on top of that, a strange supernatural corruption plagues the earth, intoxicating areas and reviving humans as a relentless monster that tries to kill us.

The winter will be one of the main challenges in  terms of survival because the cold will kill you, little by little, by freezing your character,  extreme cold will affect your life bar and will reduce your maximum points as our player suffers from the symptoms of the cold (for example, if your maximum life is 100, the freezing will be reduced gradually to 95.90, 85 … without being able to recover beyond that score).

To avoid freezing, you must use torches to maintain a few more degrees of temperature, warm clothes that allow us to better resist the cold and rest a good few hours in bonfires that will allow us to recover from the effects of hypothermia. 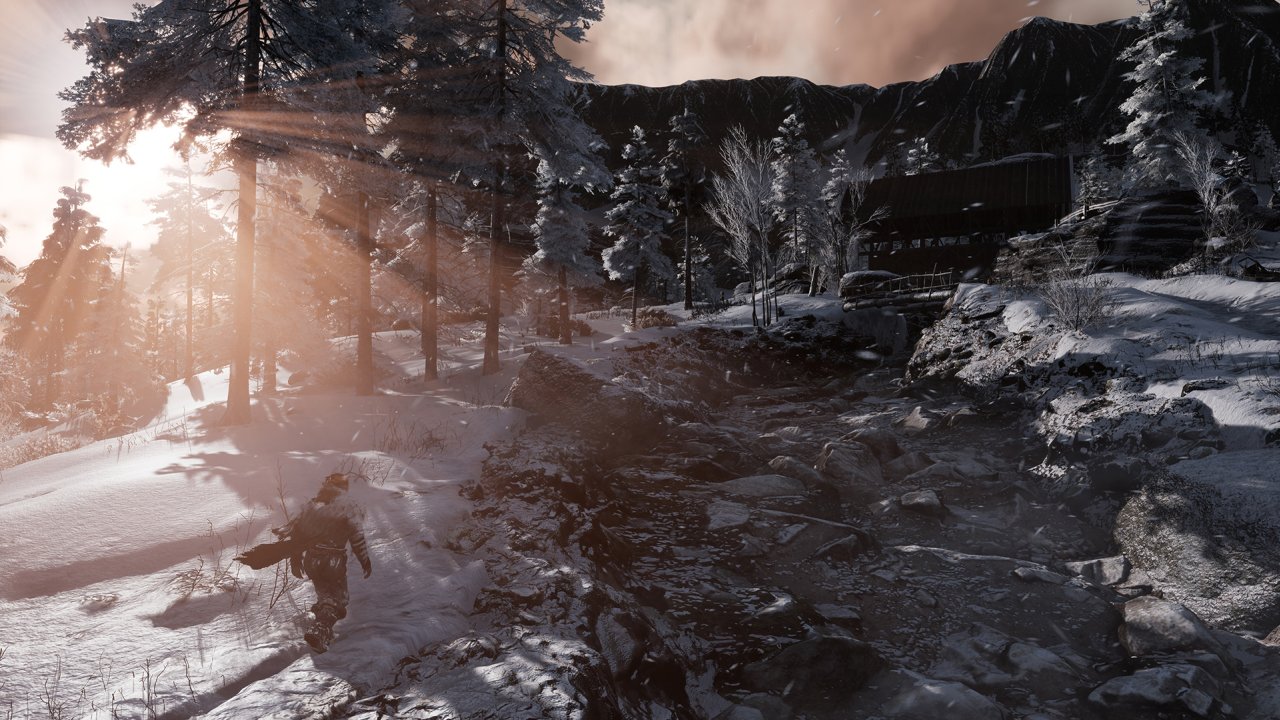 Another point to keep in mind will be the blizzards that may surprise us at any time, making the temperature touch almost absolute zero and can liquidate Ash, the protagonist of our adventure.  if you are not able to find a place to protect yourselves and start a fire in about a minute then you’re dead. To protect ourselves we have to find certain shelters, we can build small cabins or use the inside of boat containers to create our own campfire.

In addition and as expected, we will also have to collect herbs or hunt in order to create our own food and thus avoid dying from starvation in this cruel and harsh winter that does not forgive anyone.

Beyond the typical mechanics of a game of survival and the particularities of winter, one of the strengths of Fade to Silence is its turn to strategy through the management of a camp that reminded us of the  State of Decay in zombie games. 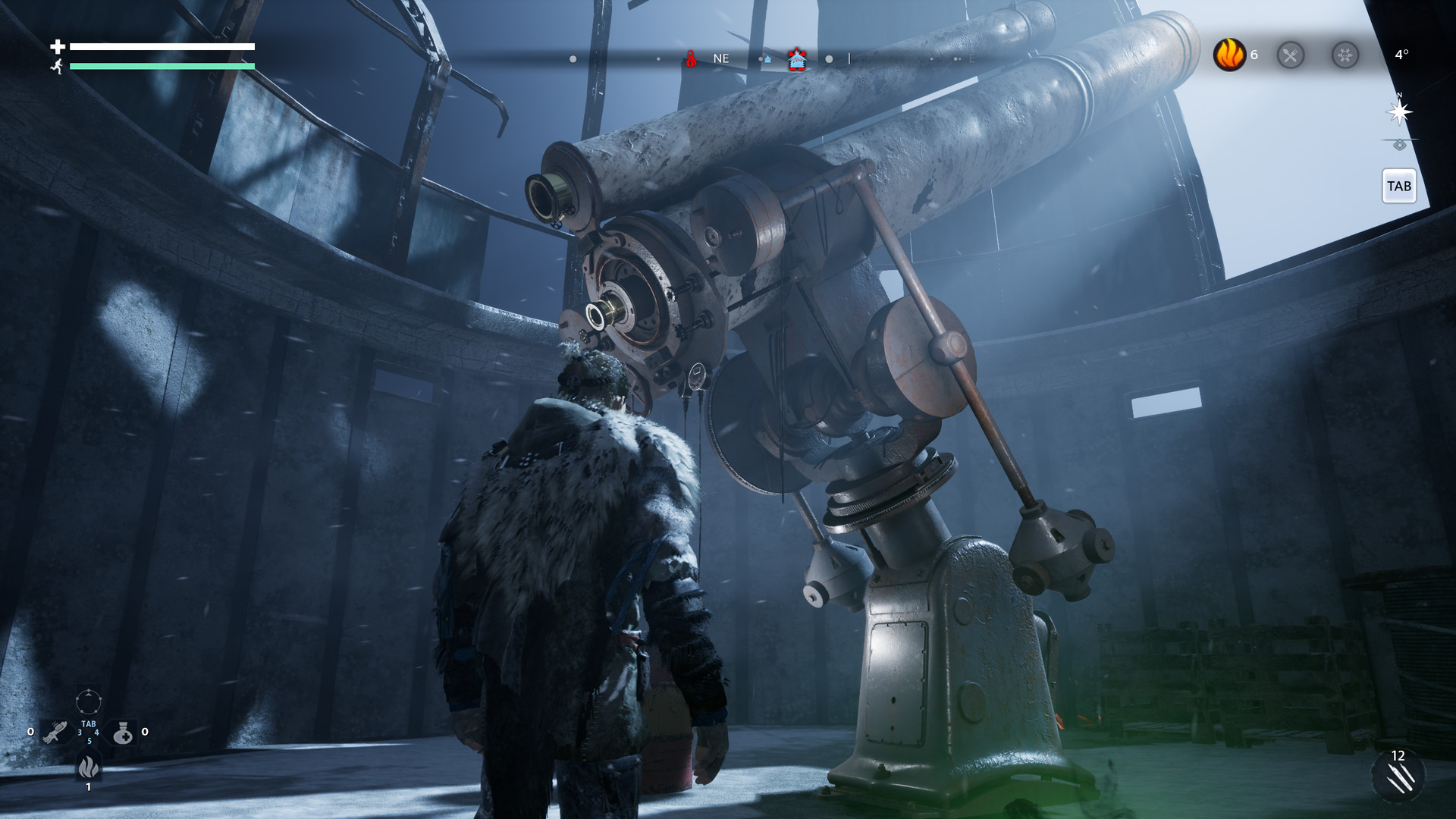 In our adventure through this frozen place, we will meet other survivors who can visit our camp to improve it thanks to the particular skills that each of these survivors in question has (hunting, evangelism, construction …).

While we travel we can claim different hunting grounds or resource collection so that, later, our allies can use it to carry out these tasks automatically and keep our base full of operation.

In addition, we can also send these allies to build walls or buildings for the camp and will serve us to create weapons or tools more complicated than those that our character can create by default. Of course, in order to create good quality weapons, not only you need a workshop but you must also have a follower base with enough skill to build it. 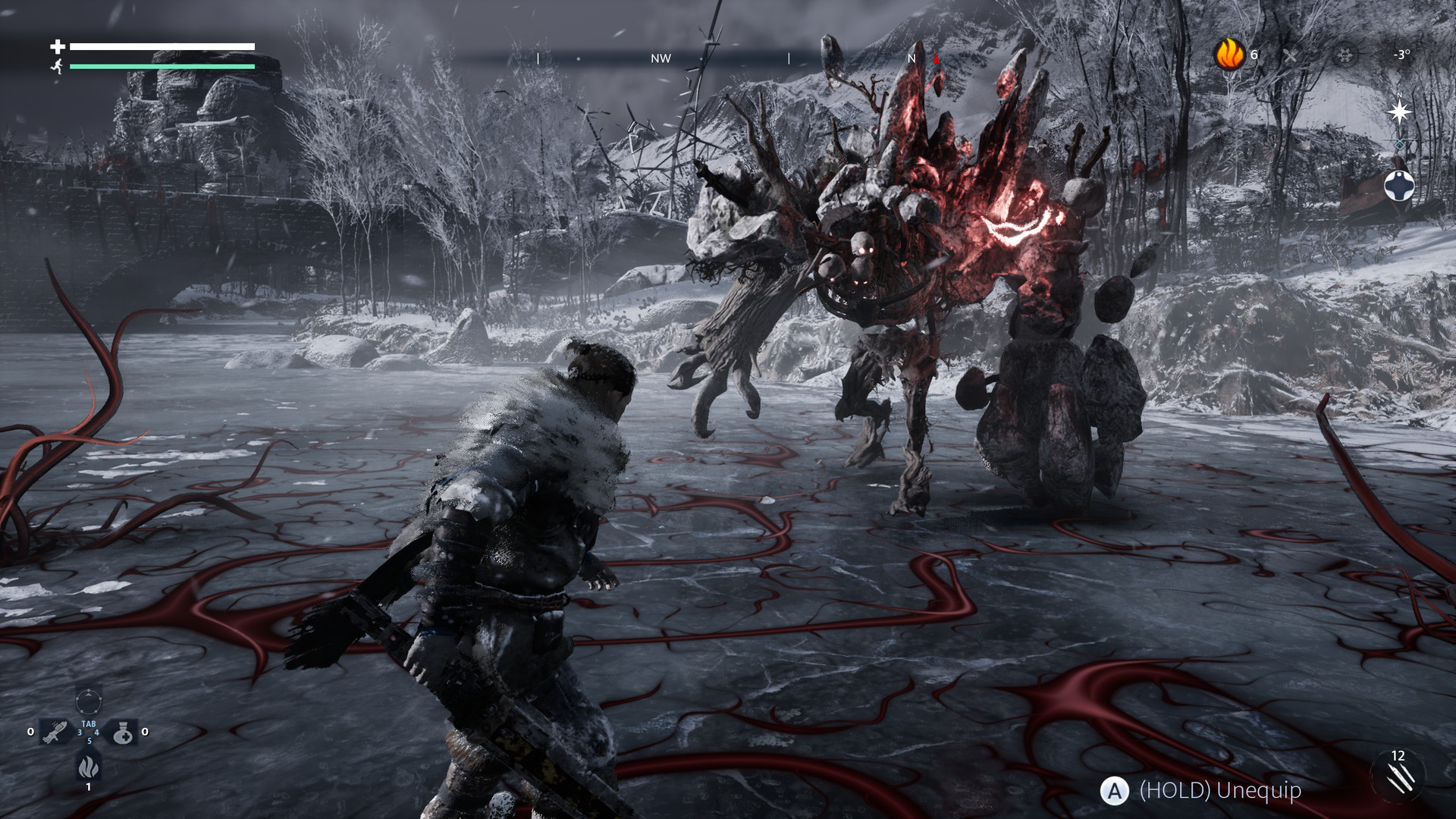 One of the biggest mysteries of the game is the corruption that ravages these winter setting that is represented in the form of reddish areas full of monster creatures.

Luckily, our hero has the ability to purify these areas, fighting against the monsters that inhabit them and purifying a kind of “centers of power” that are responsible for spreading this corruption in certain areas of the game. 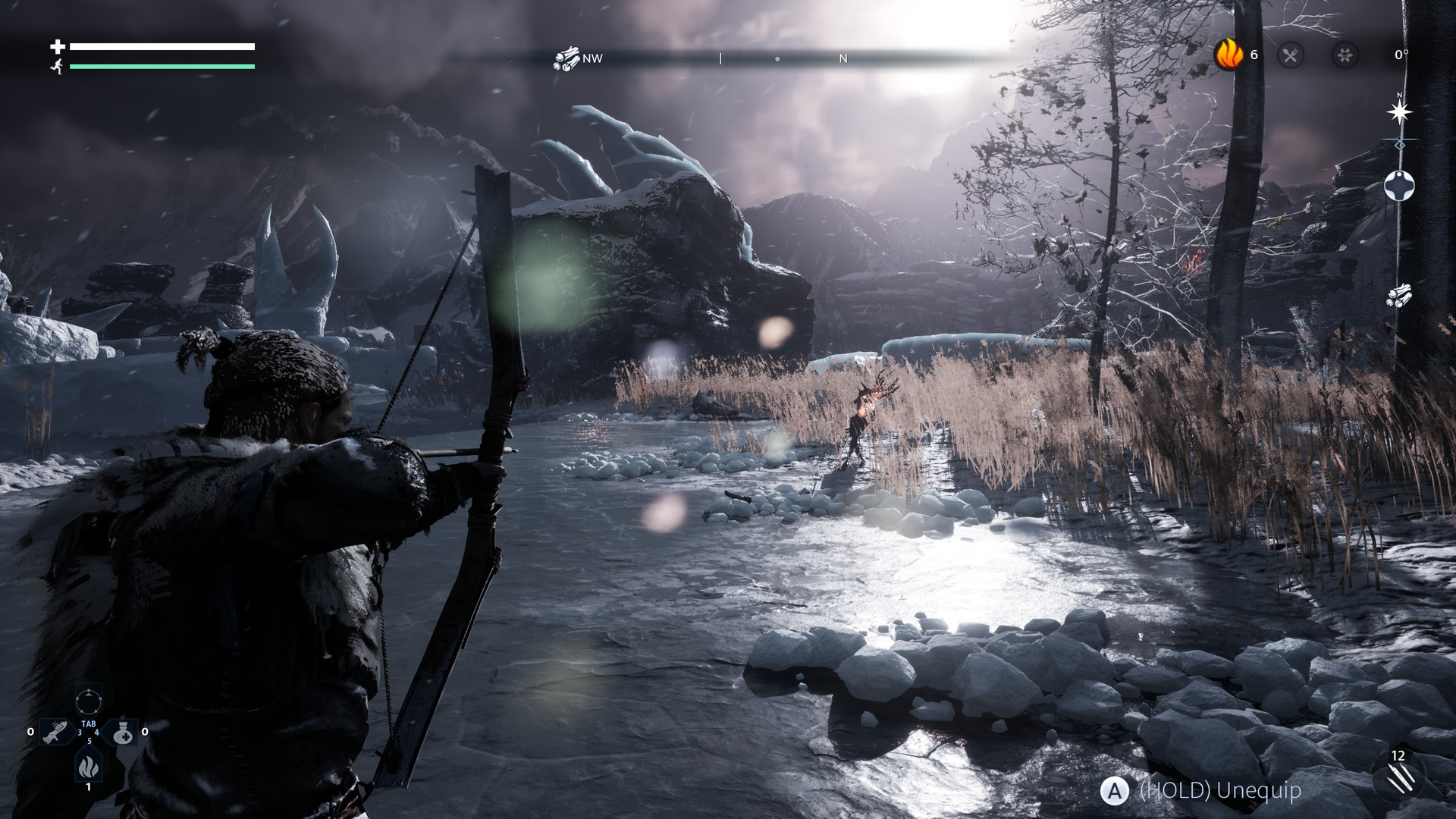 In some points of the map, we will find special strengths. To purify them, we will have to eliminate three of these “centers of power” to later destroy two monsters guardians and, after this, purify a large stone that serves as a nucleus to sweep corruption from that area. Once this is done, these special strengths will become advanced camps from which we can fast travel ourselves to our base and vice versa to continue advancing through the entire game map.

The death system of Fade to Silence will limit our resurrections to the number of Flames of Hope that we have achieved during the game. Once you run out, your death will be final, meaning, you have to start practically from scratch, losing most of the constructions of your strength and completely restarting the game map, destroying most of your progress.

The audiovisuals of Fade to Silence

As we have said, Fade to Silence has some pretty interesting ideas, but the problem is that it also misses certain mechanics that undermine the general quality of a game that, with more accuracy, could have won many followers.

One of the darkest points of Fade to Silence is its simple combat system that has wanted to imitate that of games like Dark Souls but that is far from the quality of it with somewhat coarse animations and a lack of attractive somewhat worrisome at the playable level.

Another point to improve are the graphics of the game that, although they perform well at 1080p and 60 fps, look old textures, already outdated for this generation and that looked like this when the title was launched in early access on Steam in 2017 We have also found numerous visual and sound bug although, luckily, it is normal that they do not adversely affect the game.

In addition, in the long run the game can become somewhat monotonous and repetitive , with few points that engage beyond what will attract us colonizing areas during the first hours and discover the resource management system, the base or our allies as well in the cooperative way that makes the game, like any title in company, much more enjoyable. 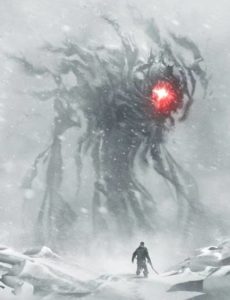 Fade to Silence is a game of survival loaded with good ideas like the management of the base and our followers, the survival mechanics in an icy environment or its particular death system that make the game, a priori, interesting.

The problem is that some mechanics such as combat are too simple and are poorly executed, as well as having somewhat outdated graphics with animations, textures and effects that can be improved, as well as running the risk of encountering a game that sometimes seems repetitive.

If you like survival games, Fade to Silence then you  will probably enjoy its offering,  to discover its particular history and survive in its icy landscapes. If you are not a big fan of the genre, the truth is that the title, due to its shortcomings, may leave you a bit icy and it is a pity because, with a little bit more than that, it could have been an excellent experience.