Fan-funded Illfonic's recreation of Friday the 13th: The Game invites us to an asymmetric multiplayer with original ideas and settings that are taken from the series. They did an amazing job by staying faithful to the movie.

The legendary film franchise returns with an asymmetric online multiplayer video game in which seven players will have to try to escape the ruthless Jason Voorhees. This project has been developed by Illfonic under the supervision of Sean S. Cunningham, father of the franchise. Friday the 13th: The Game had its beginnings in Kickstarter, a platform in which it managed to raise more than 800,000 dollars. After receiving this huge support from the community, the final version now comes with an addictive gameplay proposal and an immersive atmosphere, albeit with limited gameplay and an improved technical section.

To enter in this horror movie we can do it by a private game or using the matchmaking, assuming seven users the role of survivors and one-eighth that of the mythical serial killer. Belonging to either side will depend on chance because although we can choose our preference from the configuration menu, it will be at the beginning of the game when we will know the role we will play during it. 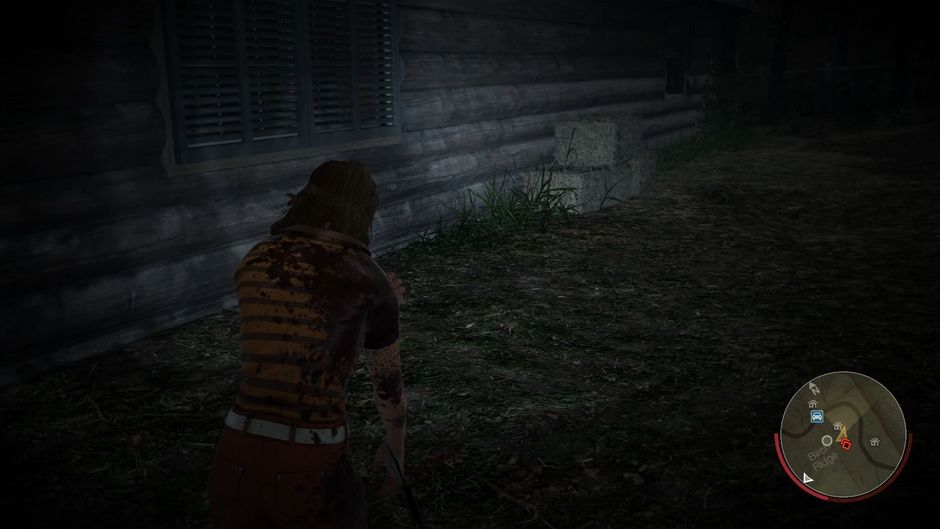 If we incarnate to Jason, we will handle to a real beast that, in spite of being in inferiority numerical, will use its special abilities and great resistance to become a killing machine. Among its advantages we find Morph, which allows us to travel quickly to any part of the map; Sense , which makes it possible to detect the victims; Stalk , which eliminates any warning signals to help rivals; Shift , which gives us the option to move quickly; Or Rage , a last skill that makes us unstoppable. All of them will be recharging over time and give us a great advantage. 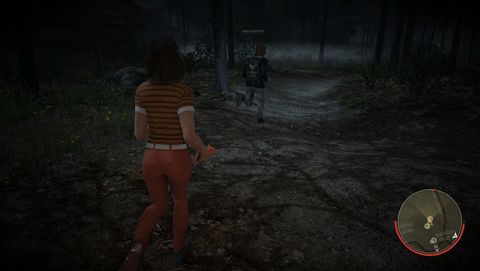 Also, the video game features several versions of Jason Voorhees taken directly from the various films and, beyond the obvious aesthetic changes, each one has three positive abilities, like swimming faster or not making noise, and other three negatives, being able even to Lose the ability to run. Special mention deserves the great modeling work of the different Jason, as well as the strong animations capable of conveying all the violence and aggressiveness of the mythical character.

On the other side we find the survivors, a group of players who will be in numerical superiority, but with few options to face the assassin. That is why from the outset we will have to hide, find new objects and weapons, and coordinate with our friends through voice chat to escape. To achieve this goal, we will have a series of pre-established missions that will allow us to leave the camp before Jason kills us.

One of them is to repair the car, an option that will require us to find the keys, refuel and change the battery. Another possibility is to call the police and wait for them to arrive to escape. A very original option is to call Tommy Jarvis, a mythical personage of the saga that, equipped with a powerful shotgun, will return to face Jason once again. Obviously, fulfilling these tasks while the killer is in the area will not be easy. 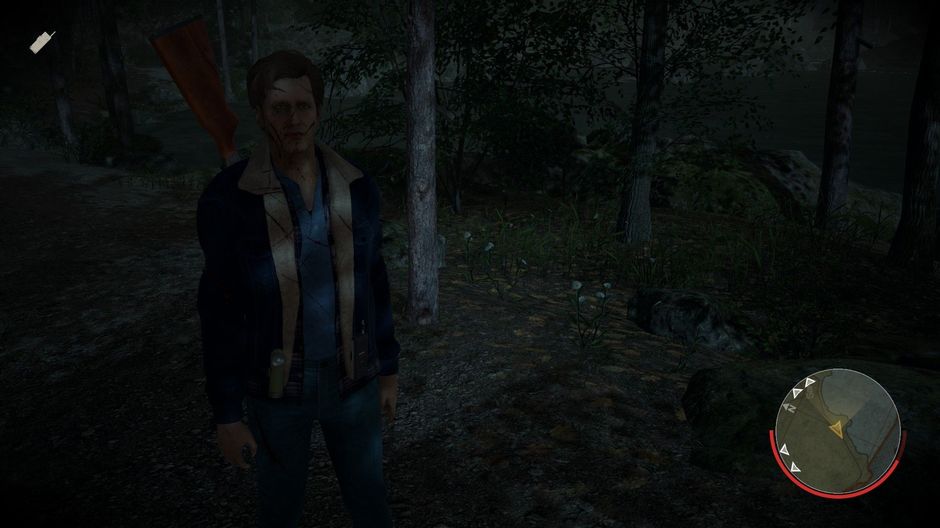 Weapons and objects will appear randomly at the beginning of each game and will be critical to dealing with the killer. Whether it’s a machete, an axe or a shotgun, using them against Jason will not make sure we kill him. However, they will allow us to stun him and gain some time to flee. To avoid being killed we can also use hunting traps, lures, blocking doors or hiding, the last option is to hide under beds or inside cabinets.

This fun and bloody game of cat and mouse that raises Friday the 13th: The Game is loaded with tension and, although obviously, Jason is far superior in all respects to the survivors, the multiple options with which these counts make the unbalanced Gameplay remains fun. Because of this, we should not despair in a case of dying before the brutality of Jason, since the movies looks that we feel helpless and inferior before an almost supernatural enemy. 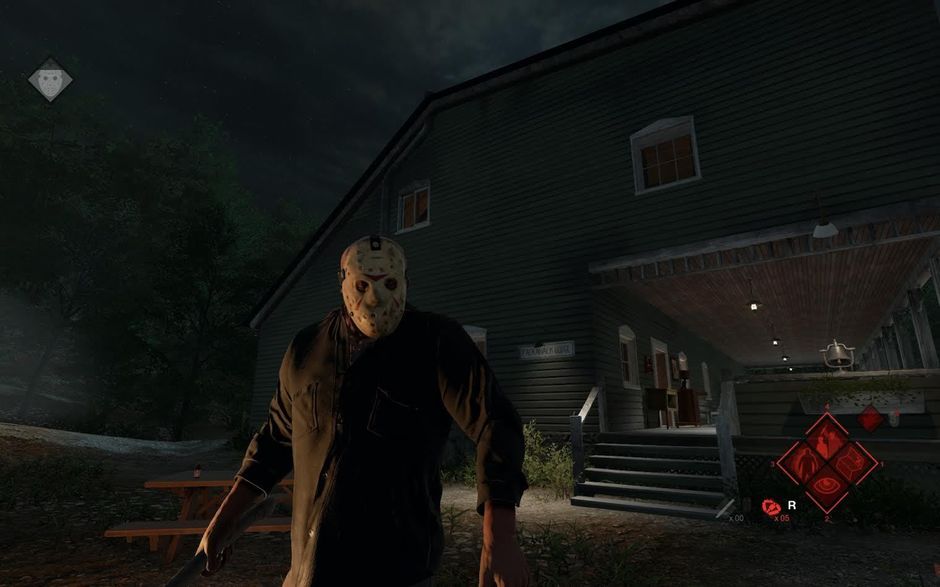 However, despite the playable approach is designed to offer some imbalance, the reality is that the title is decompensating. This is caused because some of Jason’s abilities are too effective and provoke some impotence in the survivors by not being able to counteract them. Besides, although the victims have abilities and different options to attack Jason, the real chances of winning are almost nil, and that ends up despairing. Finally, some additional game mode is also missing because, although the main one is fun, the experience suffers from the lack of new challenges.

Evolving not to die

As we complete games, we will receive experience points according to our performance. With the CP obtained we can improve both Jason and the survivors. In the first case, we can unlock not only new appearances with unique skills but also more executions, each more bloody and spectacular. 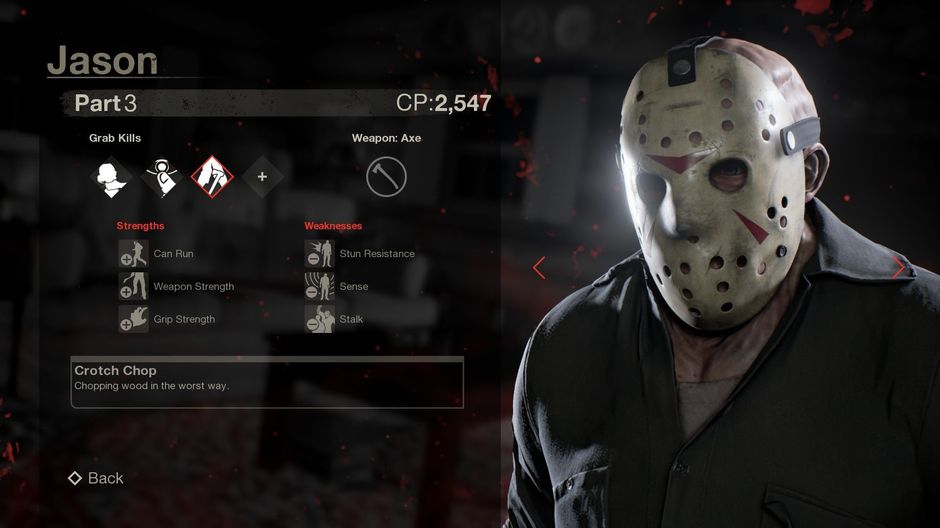 In the case of the survivors, the options are more extensive, since we will unlock new characters that will have unique statistics and we will be able to equip them with new abilities. To acquire them we will have to pay 500 CP, activating a roulette of random abilities. Finally, we can unlock new clothes, although they will have no special effect on the characters. 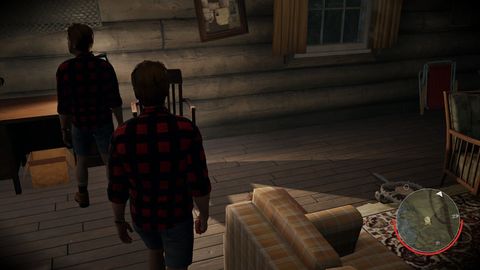 To accommodate this gameplay, three maps have been created, all of them with a large expanse of terrain and inspired by Crystal Lake Camp, Higgins Haven and Packanack Lodge, places where we can move freely. Their designs are very good, offering a lot of elements with which to interact. Thanks to this possibility, we will not only be able to use traps, pick up objects or lock doors, but it will also be possible to jump through windows, fix devices such as light or phone through a minigame or drive cars and boats to try to escape.

However, the survivors will not be the only beneficiaries of the environment, Jason will also use it to add creativity to their killings, being able to kill by crushing the head of their victims against a door or stringing them, something that adds, even more, gore to the murders. Undoubtedly, the maps are big enough to conceal and have a great artistic design that perfectly recreates the original sites and the nocturnal atmosphere of the films. 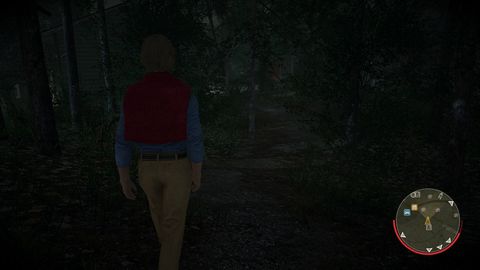 During the first few days, the video game has suffered serious problems in finding games, maintaining connections stable and offering servers with little lag, something that has caused the anger of the community. However, beyond these deficiencies, which we assume will be fixed with successive patches, the game also has numerous bugs that affect the games and can even make them abandon them, something inadmissible in a title of these characteristics.

On a visual level, Friday the 13th: The Game uses the powerful graphic engine Unreal Engine 4 that, although it has managed to recreate a tremendously immersive atmosphere and makes use of a good lighting system, survivors animations are very robotic, with facial expressions Too basic that become hilarious in the most tense moments, and orthopedic movements that prevent us from interacting properly with the environment.

Also, although the different versions of Jason are very well modeled and have a huge amount of detail, survivors lack those nuances and, although we understand that their clone designs are the result of gender stereotypes, something is missing More personality and taste for detail. 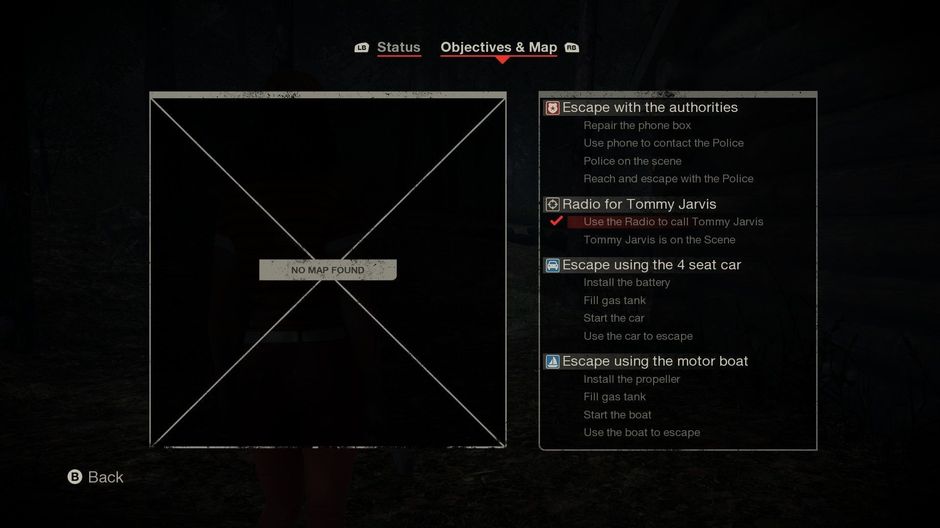 Despite the lights and shadows of a section as important as this, the reality is that the global computation is correct and manages to convey with fidelity the setting of the films. The darkness, the woods and the imposing presence of Jason are enough reasons for us to feel the fear of meeting this terrible killer. However, much of this emotional load is achieved by the sound.

The first thing that stands out is the soundtrack that not only serves to set things up by adding tension but also becomes an essential element of the gameplay since when Jason is close, he will increase his pace and warn us that the danger is imminent. Also, the sound effects have been very well designed and manage to convey the forcefulness of the actions, highlighting the bloody and imaginative murders of Jason. 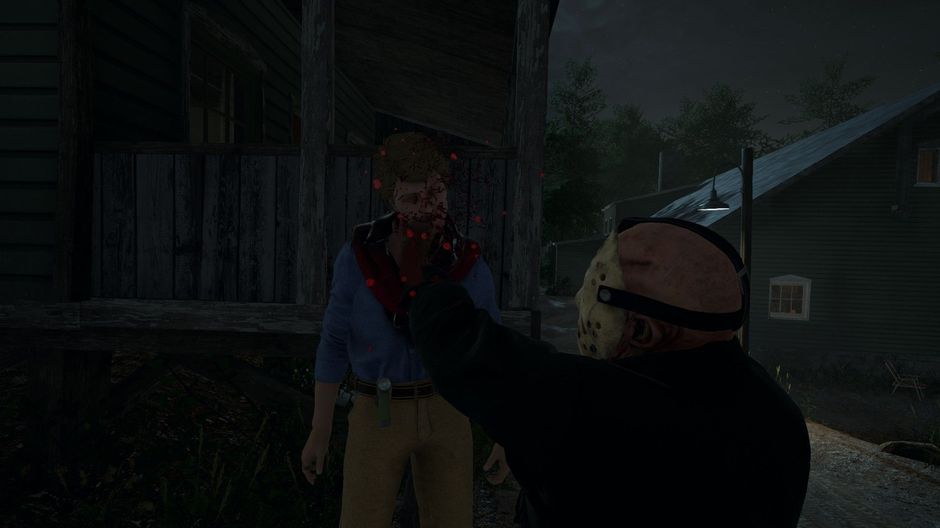 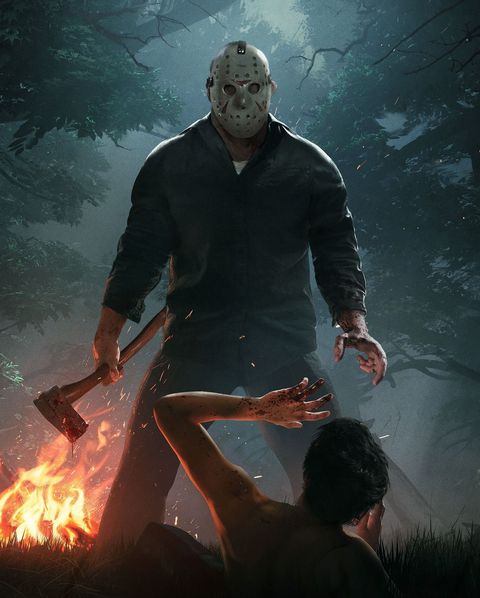 Friday the 13th: The Game is a faithful and fun approach to the legendary film franchise. Its 1vs7 asymmetric multiplayer approach offers a way of playing original and good ideas that allow us to have fun with our friends. However, the presence of a unique gameplay and the obvious superiority of Jason make that after a few hours the title lacks Depth and challenges.

In this sense, it is true that the killer must have an advantage over their victims, something that adds tension to the games, however, the obvious superiority of some abilities causes the survivors to be incapacitated to respond to any complicated situation, something that remains Emotion and dynamism to the games.

Despite the different versions of Jason and the variety of survivors, the reality is that the repercussion of all these elements of personalization will be scarce. That is why, despite the good ideas of the title as it is a product that will delight fans of the series, it ends up being a minor proposal, whose course in time will depend more on being able to enjoy it with our friends than on its true Quality as an online multiplayer proposal.