Gamers return to Raccoon City to rediscover a mythical game with a spectacular setting.

Capcom set the bar quite high with the remake of the first Resident Evil when it was adapted to GameCube. Now, and with the saga in very good shape, we get a spectacular update of the second installment. A remake that is much more than a mere facelift, leaving pre-rendered scenarios to create a more current experience. We tell you what this Resident Evil 2 Remake keeps.


Leon and Claire go back to their old ways

Resident Evil 2 is a third-person horror game that takes the 1998 classic to 2019. Unlike the remake of the first one, now fixed cameras and pre-rendered stages are abandoned to offer us a free camera and three-dimensional environments, as well as gameplay closer to that of the fourth installment, a game that changed Resident Evil forever. 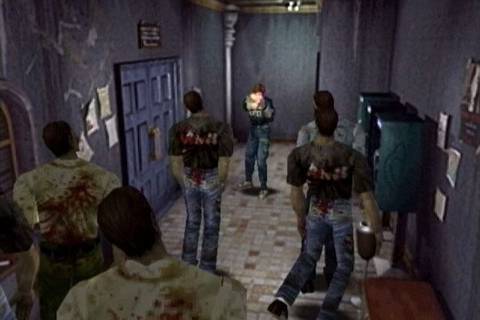 It is a very, very faithful adaptation to the original adventure – more than we expected -, so the fans of Kamiya’s work will feel at home. We believe that Capcom has managed to nail down the sensations that it transmitted to us 20 years ago. Even with the great change that control has undergone, it still manages to make us feel that tension when aiming, that fear of what waits in every corner, and that debate continues between spending a bullet or running.

We want to highlight how good the gunplay is, that, even allowing you to move freely when aiming, fine-tune your aim if you spend a second quiet. This achieves a perfect balance during the confrontations, rewarding you if you do not move with the obvious risk that this entails. 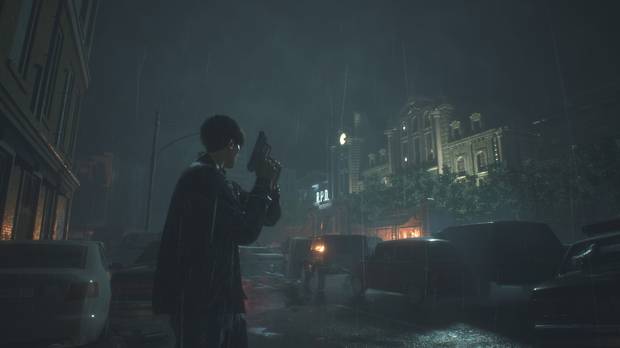 Of course, much of Resident Evil 2 is exploration. Get objects, open doors, unlock paths, solve puzzles … The essence is still intact. And, if we want to make it more authentic, we have the hardcore mode, which not only has harder enemies but also discards the automatic control points and only allows us to save the game with the ink tapes, as in the past. 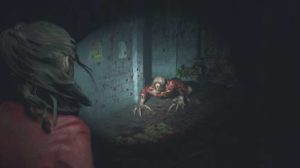 Appreciating it as a game and not as a remake, it seems like a game with some ups and downs. The part of the police station is ten, but then the thing deflates a bit. It’s still very good, but we think it’s so high in the first half that it’s hard for the rest to maintain the level. We also have feelings confronting parallel stories. In 1998 it was fine, but in 2019 you miss that there are more differences between them.

And, eye, there are novelties (that we are not going to comment here not to gut them), but even with them, approximately 85% of the stories are the same or very similar. It’s hard to explain, but visual and playable is so 2019, that you forget that it is still a remake and that its structure, development and history are 20 years ago, something that is especially noticeable in the second half of adventure.

Although, as we say, we miss something more variety, at least there is enough content. We have the two main stories and their B scenarios, called here New Game [2], an art gallery and characters to unlock, and two extra modes. One is The 4th Survivor, in which we rediscover the adventure with Hunk, and the other, the strange and challenging Tofu mode. 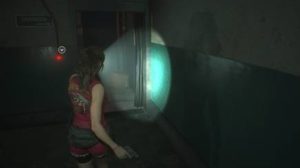 The duration of each story varies a lot depending on how you play it. If you want to run it, in five hours you’ve finished it. If you want to explore, get all the weapons and objects, it will be closer to nine. And if you play in hardcore, you may have to add some more than half an hour.

We can not forget to comment on the spectacular audiovisual section of the game. Graphically it is exceptional, and it leaves us thinking about what Capcom is going to achieve in the new generation. We have analyzed it in Xbox One X, and many times it has left us with our mouths open. There are moments that, directly, look like a CG, thanks to the effects of postprocessing and its 60 images per second.


It is true that it is not perfect, and we are going to see some improvable facial animations, certain somewhat poor textures, or zombies download their animations at 30 images per second when they are at a distance. They are, in fact, small details, but they do not manage to tarnish at all the excellent work that Capcom has done. 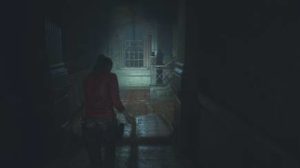 Of course, the sound design does not fail either. Resident Evil 2 has a binaural sound, and we recommend playing it with headphones or a surround sound system. Listening to how a zombie approaches you from behind while aiming at the one in front of you is something that can save our lives. The steps of the Tyrant rumbling in the house, or that agonizing guttural sound that puts you on alert in a dark room. The soundtrack, by Shusaku Uchiyama, is quite discreet and traditional, and we consider that it has lost the charm of the original. He knows how to be noticed when appropriate, but generally prefers to give prominence to silence.

The sound work is excellent, with professional actors and recognized, it is simply that the actor they have chosen has a very matching voice that corresponds to the character.

The return to terror 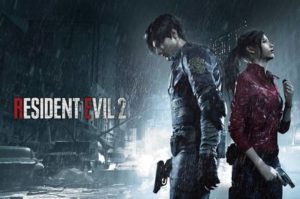 Capcom has done a great job recovering this classic. It is a work tremendously faithful to the original, to such an extent that its only problems are inherited from it. We believe that the variety between characters could have been enhanced a little more; although they were small details like changing the puzzles, quite simple in themselves, and that lose all the interest in the second round.

This can split opinions a little, depending on whether you expected an update only on the package or something deeper. In any case, and with some expectations or others, Resident Evil 2 seems essential for lovers of horror games. It is a title with excellent gameplay, unforgettable moments and an incredible staging, and that makes us dream of the resurgence of survival horror.

We have prepared this review on PS4 Pro with a digital review code provided by Capcom.