The worst of our fears come with advanced technology and it can't be controlled.

Creating horror in video games, they mainly put many unpleasant visuals in order to affect our senses. Such as a pool of blood, a sound that comes from the unknown or a scream from the horizon are just a few ingredients to name. The developer Bloober Team known for their vision of the horror with their title Layers of Fear, that was well received by the horror fans when it was launched a year ago.


Now, months after Layers of Fear, the creative team behind it goes one step further with Observer, a new IP that changes the gloomy halls of that mansion with a decrepit and lost futuristic dystopian society where the narrative is even more important. In the game, there is a company located in Krakow gives us the opportunity to enter into a police investigation as we control the agent Daniel Lazarski, a police with technological enhancements installed to his body. 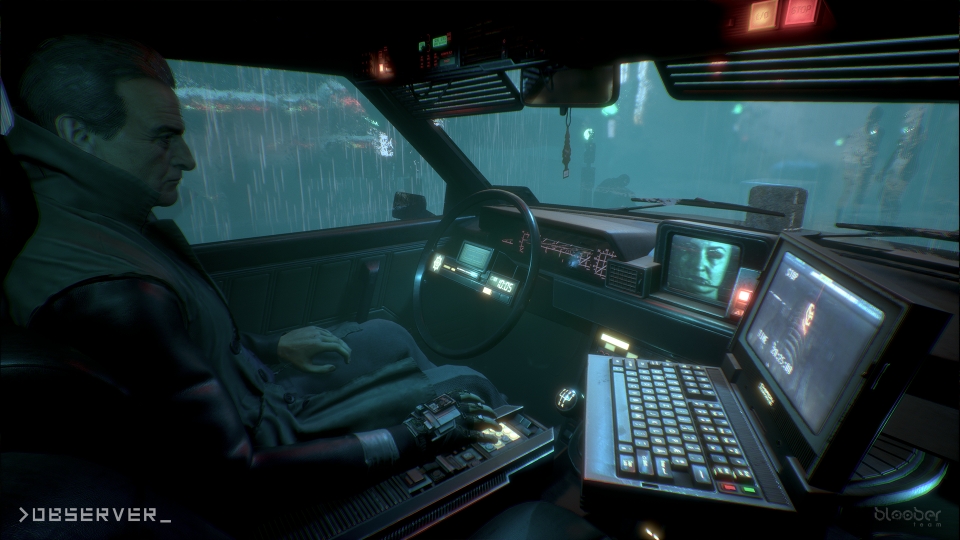 Lazarski drives to the scene of a crime by his car as he receives the orders for investigation in the vehicle. He receives a voice message as in the voice of his missing son. The call, which has hacked its communication device, comes from a building that must be investigated, so we have to step into the hall of horrors where the phobia by technology is only a step away from insanity. 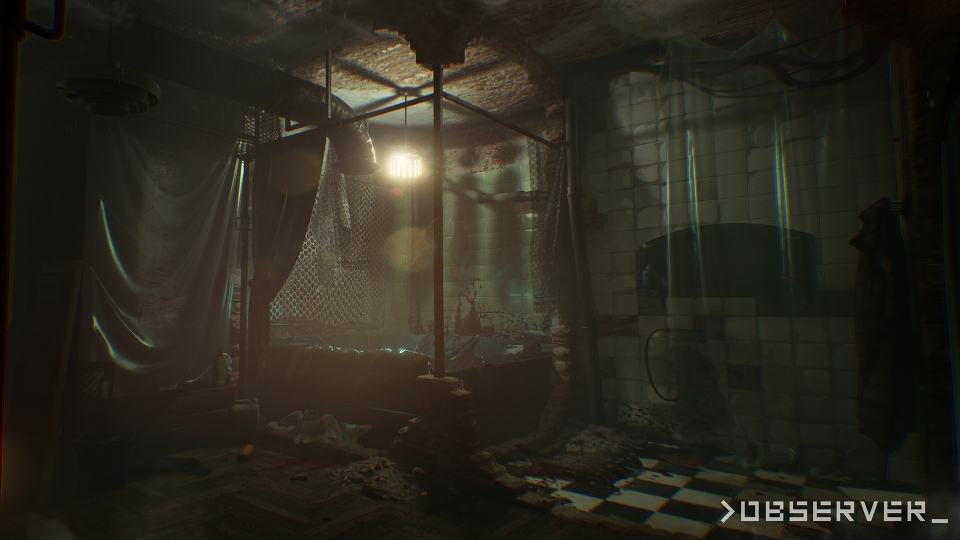 The story takes place in 2084, in a Polish city recreated in Unreal Engine 4 and the science-fiction ingredients from the seventies, eighties, and nineties, with retro tube monitors filling the rooms of the apartment building decrepit orders plagued by drug addicts, virtual reality and committing various crimes. Our only mission as an ” observer, ” a name given to our unit by its enhanced and unique abilities, is to discover why a murder has occurred and what our son’s call has to do with this whole mess.

Observer is a classic adventure in its approach, a horror game that bets on a strong narrative forged around a brief, but well spun off dystopian society. What we will see, hear and feel within the apartment block will help us to understand what this universe is about, how it has come to this point and what the gigantic corporation Chiron, mistress and lady of Poland has to do throughout the process. Lazarski will extract the information by talking with real estate tenants through their futuristic doorways.

We rarely meet a live face-to-face character (except for a few exceptions), an aspect that still gives a more sinister touch to the adventure. Soon afterward we will discover the first crime that happened in the block, and we will have to deploy our main skill, which allows us to ” infiltrate ” ourselves in the dreams of the dead through the technology implanted in their brains. By accessing these implants, our character will have to advance through fragmented memories to recreate the facts of death and get clues. 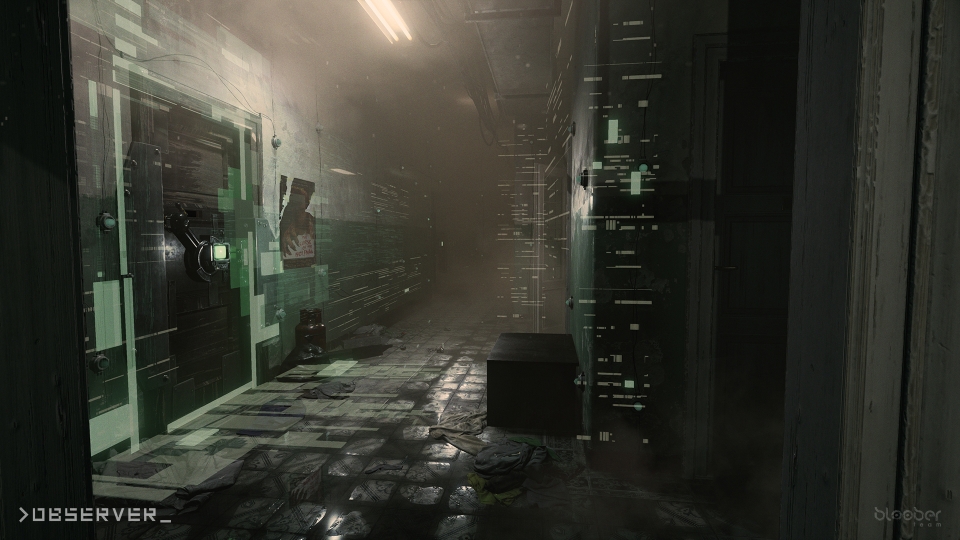 The more time Lazarski spends in an alternate reality by synchronizing his brain with one of the victims to know the truth, the more our body will become weak and inexperienced, end up suffering the consequences of these connections and remembering traumas of the past as well as the lives of the deceased. In these dreams is where Observer gives the best of the visual in scenarios that are fragmented, broken and torn in a dreamlike way in a narrative where nothing and everything can be real, in the end, the truth will exhaust our character. 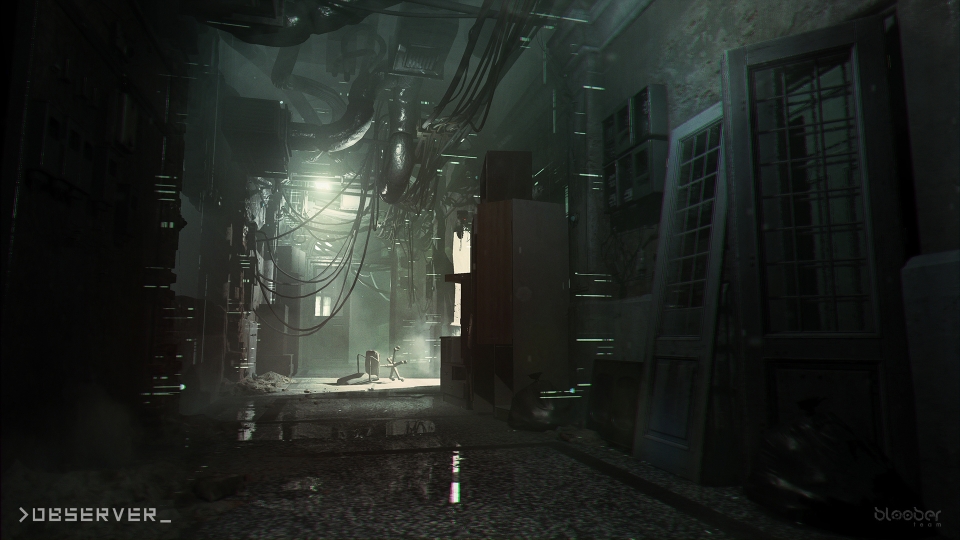 As a police investigator, Lazarski has special skills driven by his technological gains. To advance in the scenarios, we will have electromagnetic, biological and infrared vision. Each of these abilities will allow us to analyze the scenarios in search of clues and elements with which to interact, but not at zero cost: the protagonist will have to inject some special capsules that are collected by the scenarios to not lose the synchrony. Of course, it is not a demanding mechanic: we will hardly be without this enhancer necessary to advance. 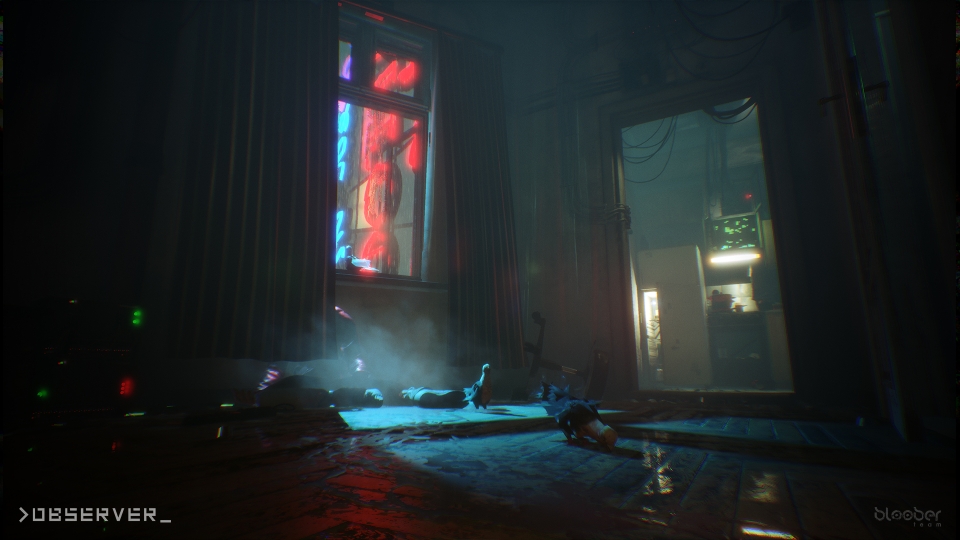 The playable structure of Observer is straightforward: we go on discovering clues that we obtain by carefully reviewing the scenarios and developing the linear plot. On the way, we will encounter some minor puzzles and not at all difficult, as you just have to look with some attention for the scenarios to find the key that opens the lock or the track that leads us to investigate another apartment. Apart from this linearity, Bloober Team remarkably creates a universe from scratch its universe. All the elements we see on the stage tell us something directly or indirectly about this universe. 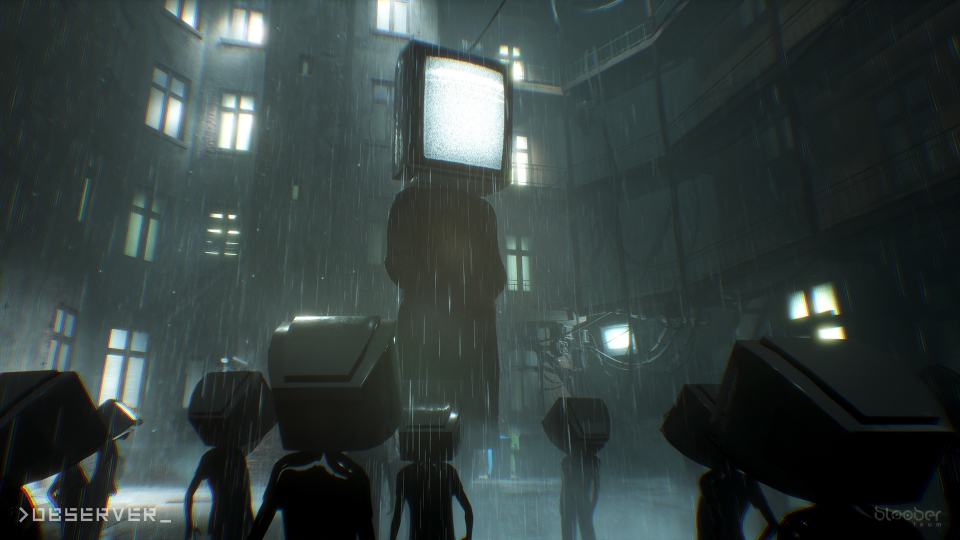 Within its simple mechanics that are not far from the genre’s canons (interacting with objects, discovering clues and advancing), Observer has some isolated points that are especially interesting for horror lovers. Or rather, for those who love tension. At certain moments in the plot, the protagonist will be subject to the persecution of an enemy character that will make us very tense and feel pressure thanks to the sound effects, the gameplay that forces us to hide ourselves and the framework of the scenarios. Isolated moments but very remarkable. 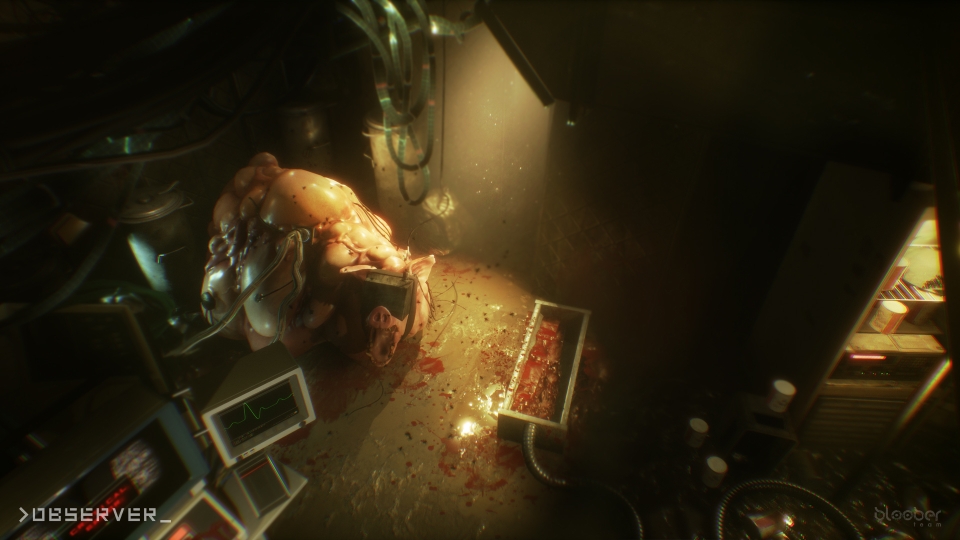 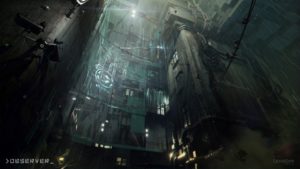 Observer is not the best horror adventure game you’ve ever played, but it is one of the most interesting games that have been released in recent months. The strength of Bloober Team is to create a consistent narrative, solid and able to tell a story without creating any confusions. Within its playable standards, the artistic design of the levels and everything surrounding this game is at a remarkable level. Observer is a promising title to entertain you for four to five hours with a science fiction horror story. A must buy for anyone enjoys the horror genre.

We prepared this review on a PS4 version with a review code provided by Evolve PR.