Wario returns with a new collection of mini-games and several innovations that bring a breath of fresh air to the series.

Wario’s future is in WarioWare, his hilarious series of crazy minigames that has given us so much joy in recent years and that now returns with Get It Together!, an exclusive title for Nintendo Switch that brings with it a good number of innovations that bring a lot of freshness to its usual formula while keeping its charm intact.

Thus, we are again faced with a title that challenges us to overcome a series of tests of just 3 seconds in which we are asked to fulfill all kinds of objectives, such as plugging a nose, dodging an attack, shaving a woman’s armpit. As you can imagine, these minigames follow one after another at full speed and faster and faster., forcing us to identify as soon as possible what we have to do and to carry out the required action, something that, as veterans of the series, will well know, will test our reflexes and our ability to control. At the same time, we try to hold our laughter so that the humour absurd and delusional that permeates everything does not deconcentrate us.

The game is pure WarioWare, and if you have played any of its previous iterations, you will know perfectly what you will find here since it shares a very similar structure. However, there is a great novelty that changes things quite a bit: the inclusion of playable characters . Each test had unique gameplay in previous installments that never changed, like pressing a button or doing something with the touch screen. Yes, the difficulty could go up, but its mechanics were always the same. However, to overcome the minigames, we will have to control Wario and his friends, which significantly changes how we face the challenges they pose us since each character has unique characteristics and abilities. And we are not referring only to how they can attack or interact with the environment, but even to the type of mobility they have, since some can fly, others that move alone, and so on. The variety of play styles that the adventure offers is surprising, as there are quite a handful of heroes, and many of them have mechanics that are as original as they are wacky.

What does all this mean? The same minigame has many different ways of facing it, and that depending on the character, they will be more or less complicated. To make things even more interesting, when selecting a phase, we will have to create a team made up of several of them so that they alternate in each test. Of course, we will never know who will be the next to handle it because there is no pre-established order, and we will go from one to the other randomly. As you can see, this adds a substantial replayable value to the title since there are lots of combinations of minigames and possible characters that are happening unpredictably and crazily. Hence, it is a novelty that we have ended up liking a lot. 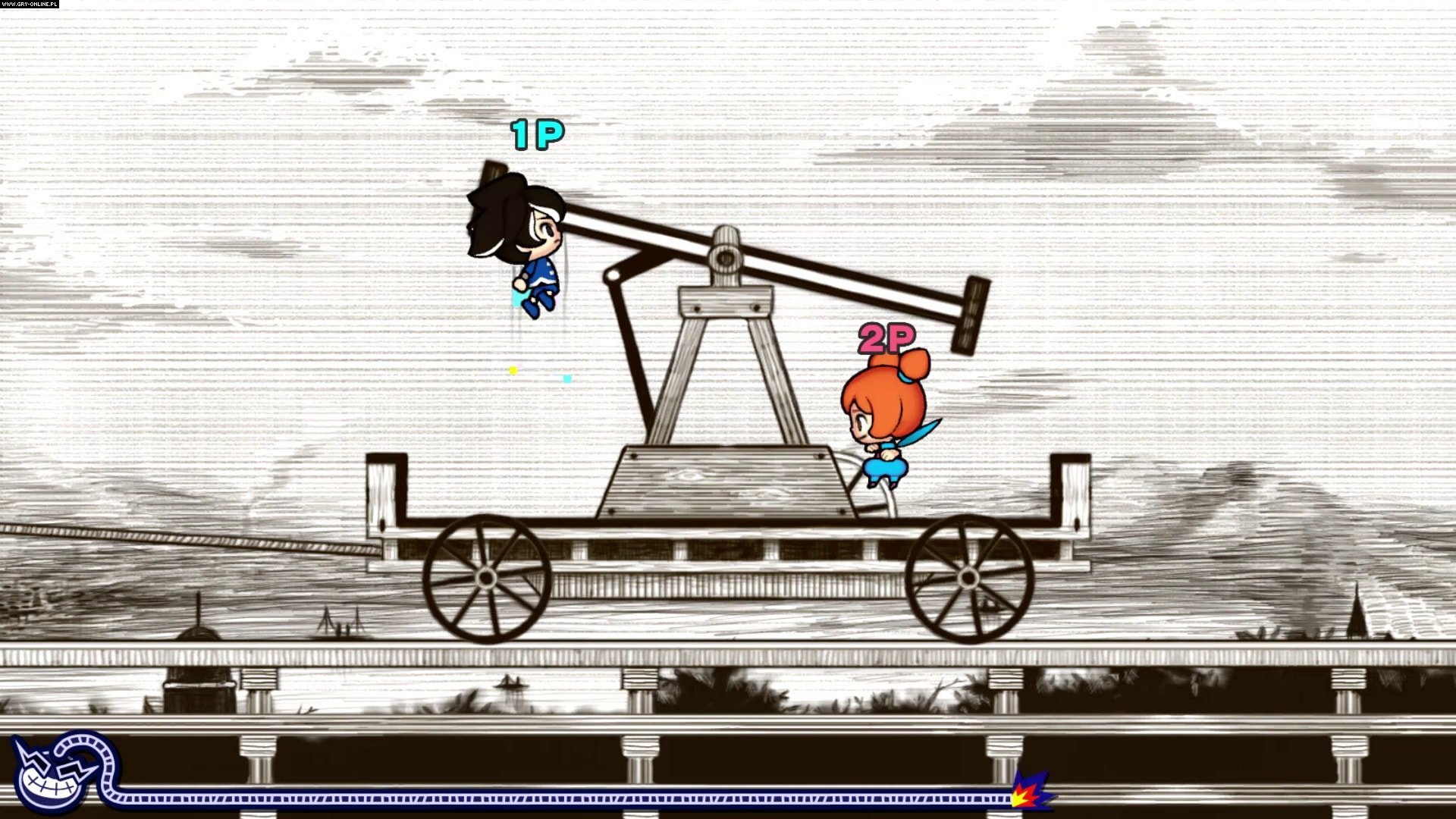 And be careful, since this has also opened the doors to the possibility of including local cooperative for two players to every one of the tests, an extremely fun modality that only increases the chaos of the games and that almost It will force us to develop a telepathic connection with our partner to be successful since it is enough for one to fail for the challenge we are facing to fail. In addition, there are quite a few challenges that we can get in the way if we are not careful, so good communication is essential, something very complicated as we have just 3 seconds to react. 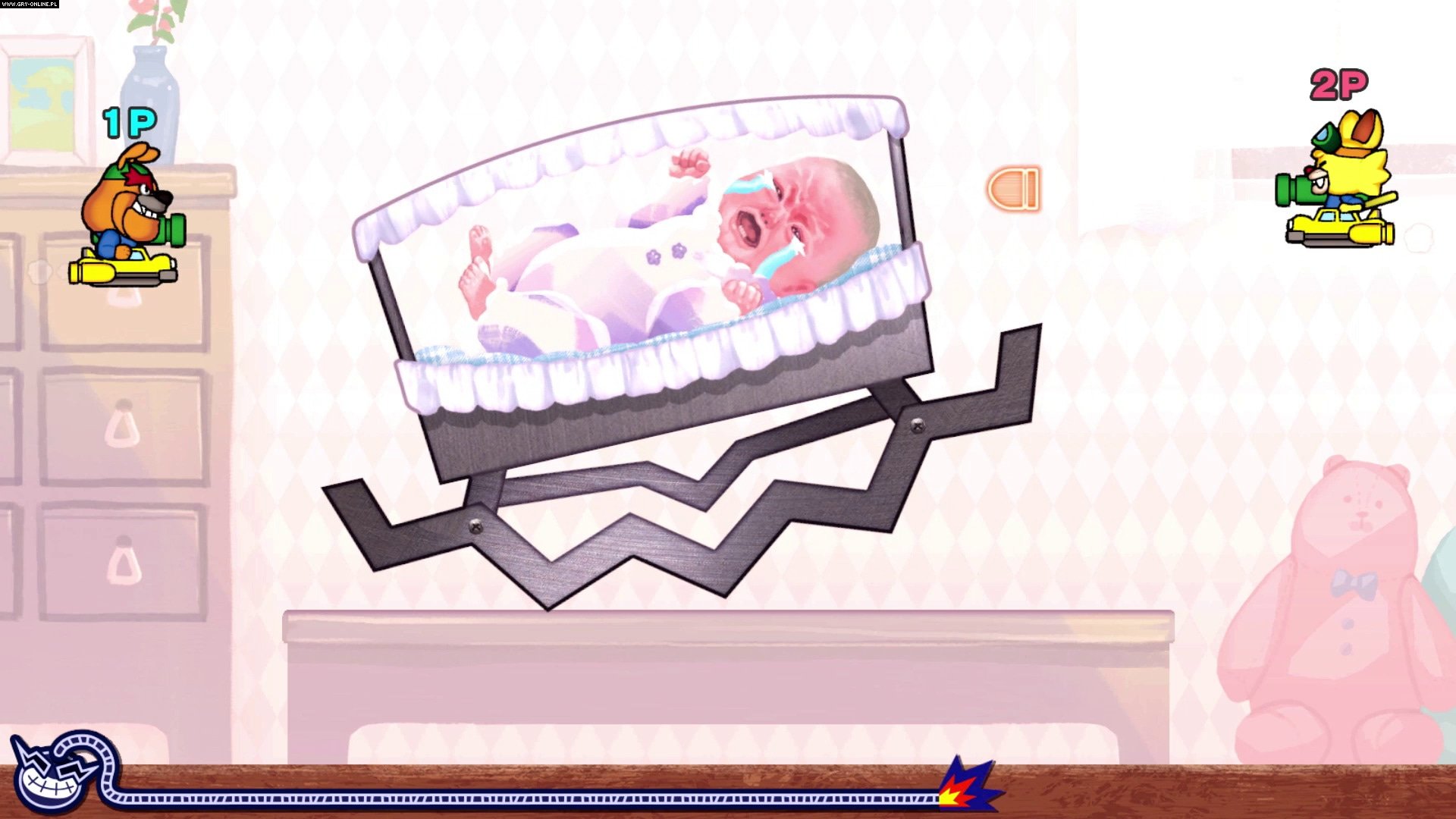 Here we also want to highlight that the selection of 200 minigames included is entirely new, so you will not see recycled evidence from previous deliveries. In general, we have liked them a lot. However, their quality has seemed somewhat more irregular and less surprising than in the best WarioWare, something that may be due to the need to make all of them surmountable by all the characters and in the cooperative. We think the “boss” minigames are the poorest and least inspired of the entire series, with a couple of honourable exceptions.

In total, finishing the Story Mode (you and a friend can play it cooperatively from start to finish) will only take you 2 and 3 hours, although I do not think it is a title with little content, since here there is a game for hours and hours. In addition to the addictive and fun challenge of trying to beat our scores in each set of levels with different teams of characters, the game has a gigantic list of missions that will propose us to fulfill a series of particular objectives to complete them in exchange for coins to buy items in the collectibles store. Think of it as a massive list of achievements or trophies that will take a long time to pay off 100%.

Speaking of coins, there is a store where we can buy items to give to the characters and level up. The more they like what we give them, the higher the experience they receive, and the higher the rank of each hero, the more things we will get, such as illustrations for the gallery or alternative colours, as well as a more elevated point modifier when Let’s use it in the Wario Cup. 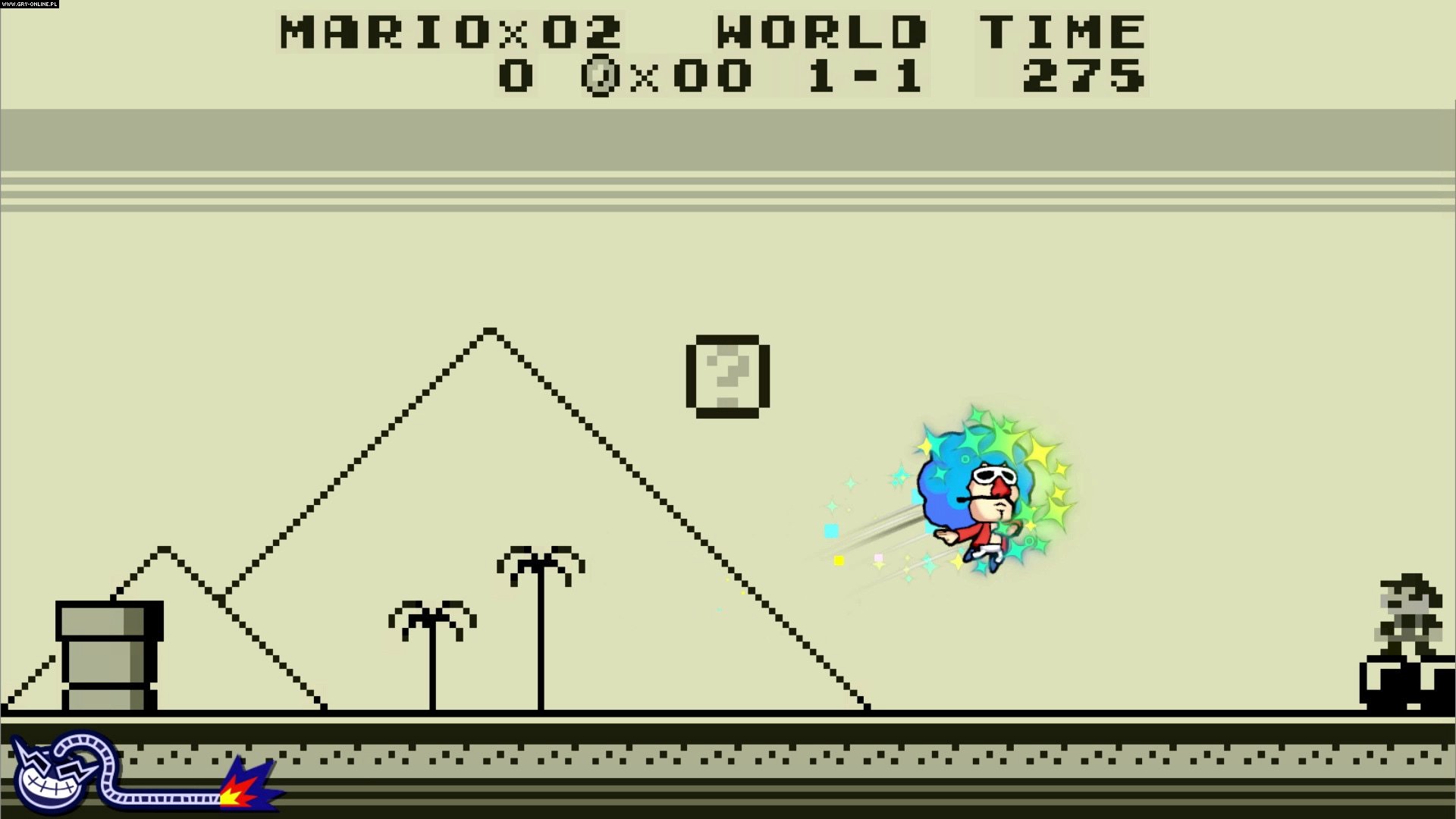 For its part, the Wario Cup is a new and exciting way Nintendo will publish a series of weekly challenges so that we can compete against other players and obtain large sums of coins and compete for the top position on the online leaderboards. The best thing is that these challenges can be of all kinds and have very crazy modifiers that we will not find in the rest of the game, such as that we have to control two characters at the same time, and we will not always fight for the highest score, because there are also tests time trial. Suppose the developer can adequately manage this modality. In that case, it could give us the perfect excuse to return to the game periodically over the months, although we have to point out that its rewards have not seemed too attractive. 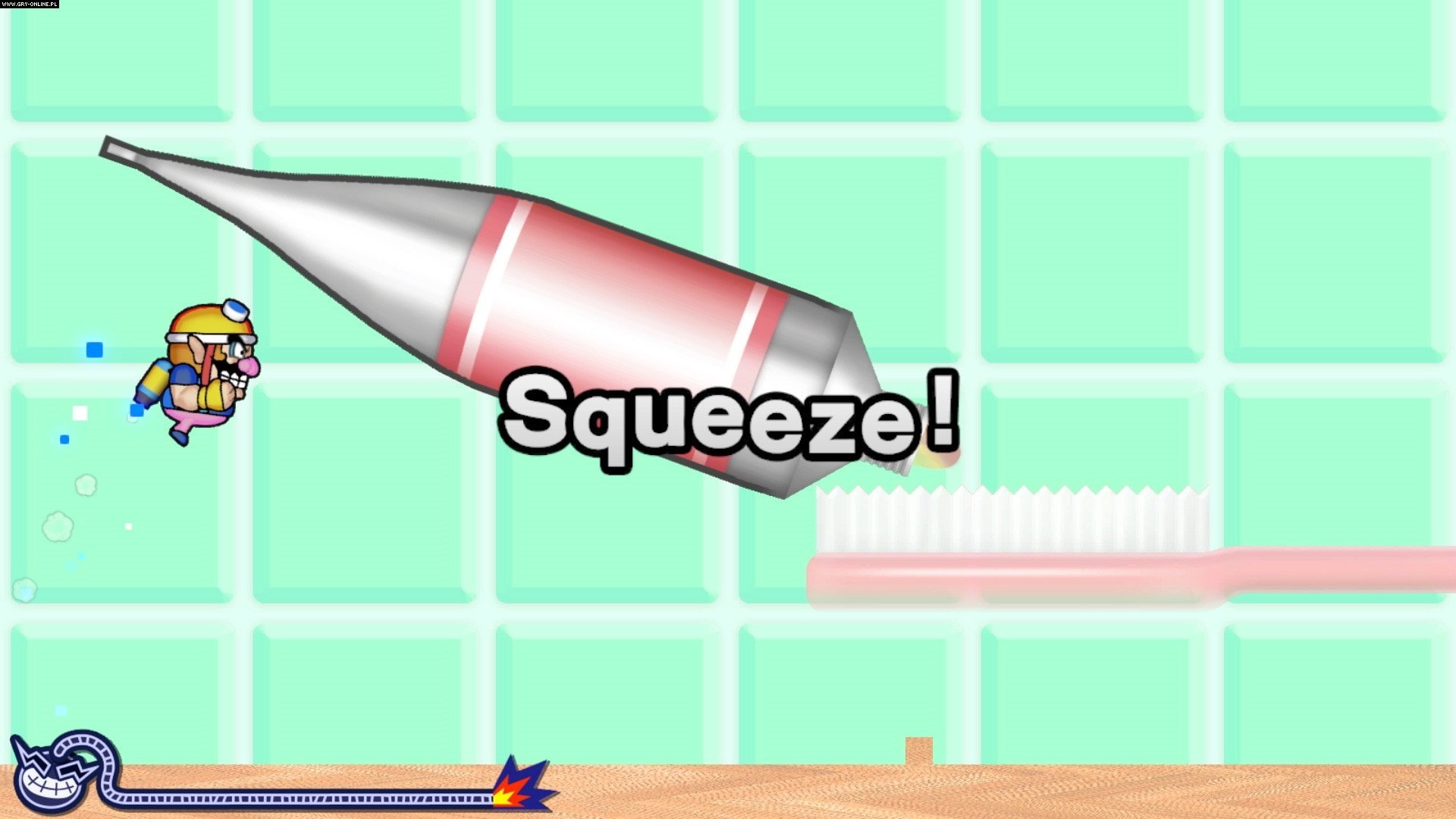 Finally, we can also enjoy Potpourri, a mode in which we will find several minigames for between 1 and 4 players that range from cooperating to prevent a ball from touching the ground to competing in volleyball matches or fighting to the death in an arena. In general, they are fun, and they will be great for us to break with the main minigame routine, although we do not expect to find here anything capable of hooking for too long.

The Art of WarioWare

Focusing on its graphic section offers just what we expect from the series: an actual waste of visual images in which all artistic styles come together. As soon as we are in an NES game that the next moment we will have to fight a test set in The Legend of Zelda: Breath of the Wild or in an expressionist painting with immensely… disturbing characters. All minigames are very simple technically, but the madness is that we will constantly see on the screen. 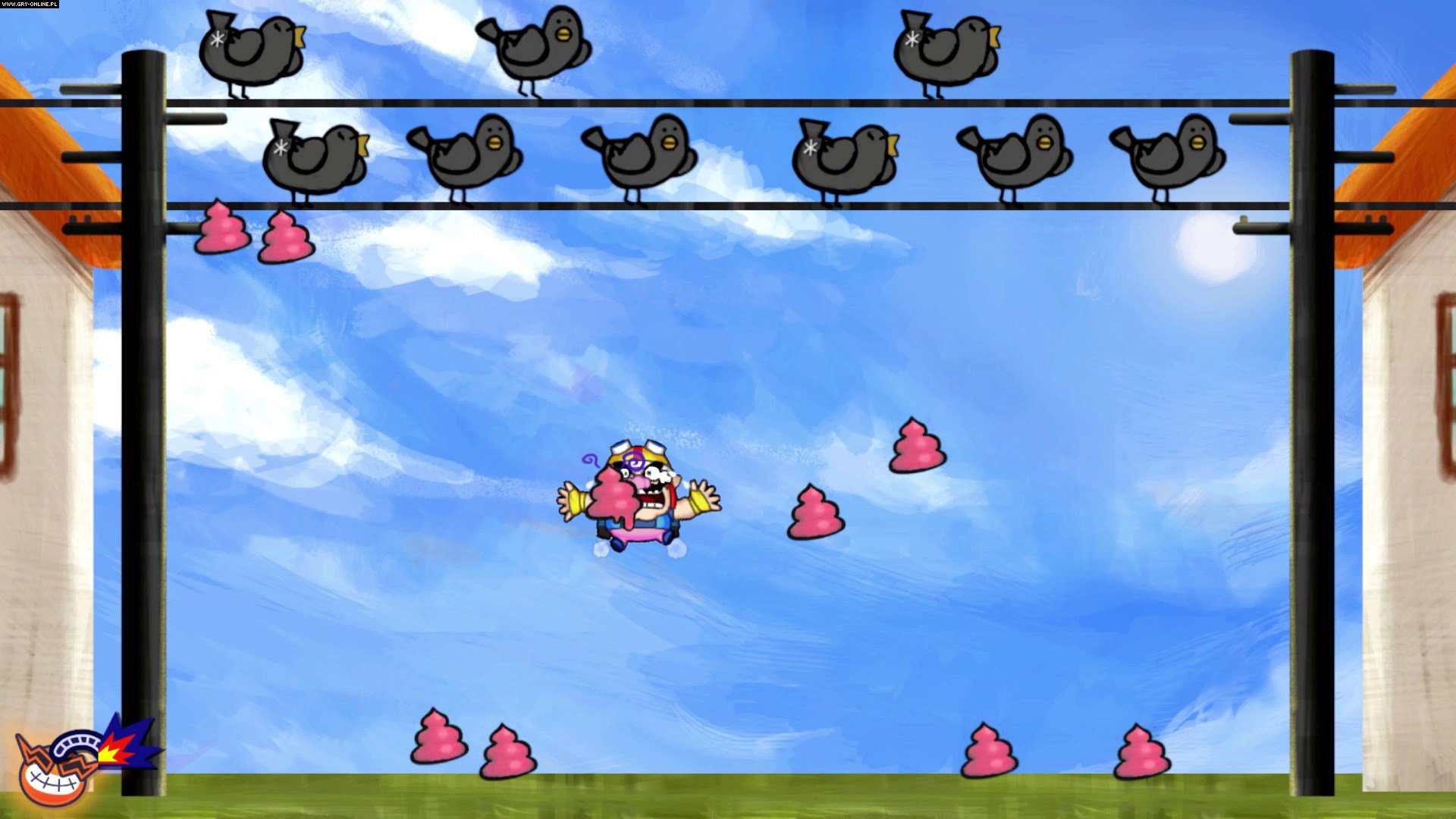 To finish, the sound effects leaves us with a very varied soundtrack and many different styles that maintain the usual tonic of the series. However, the compositions this time have not been so memorable and remain in the background. Weather. The effects maintain a reasonable level, and the voices are well recorded to fit the style. 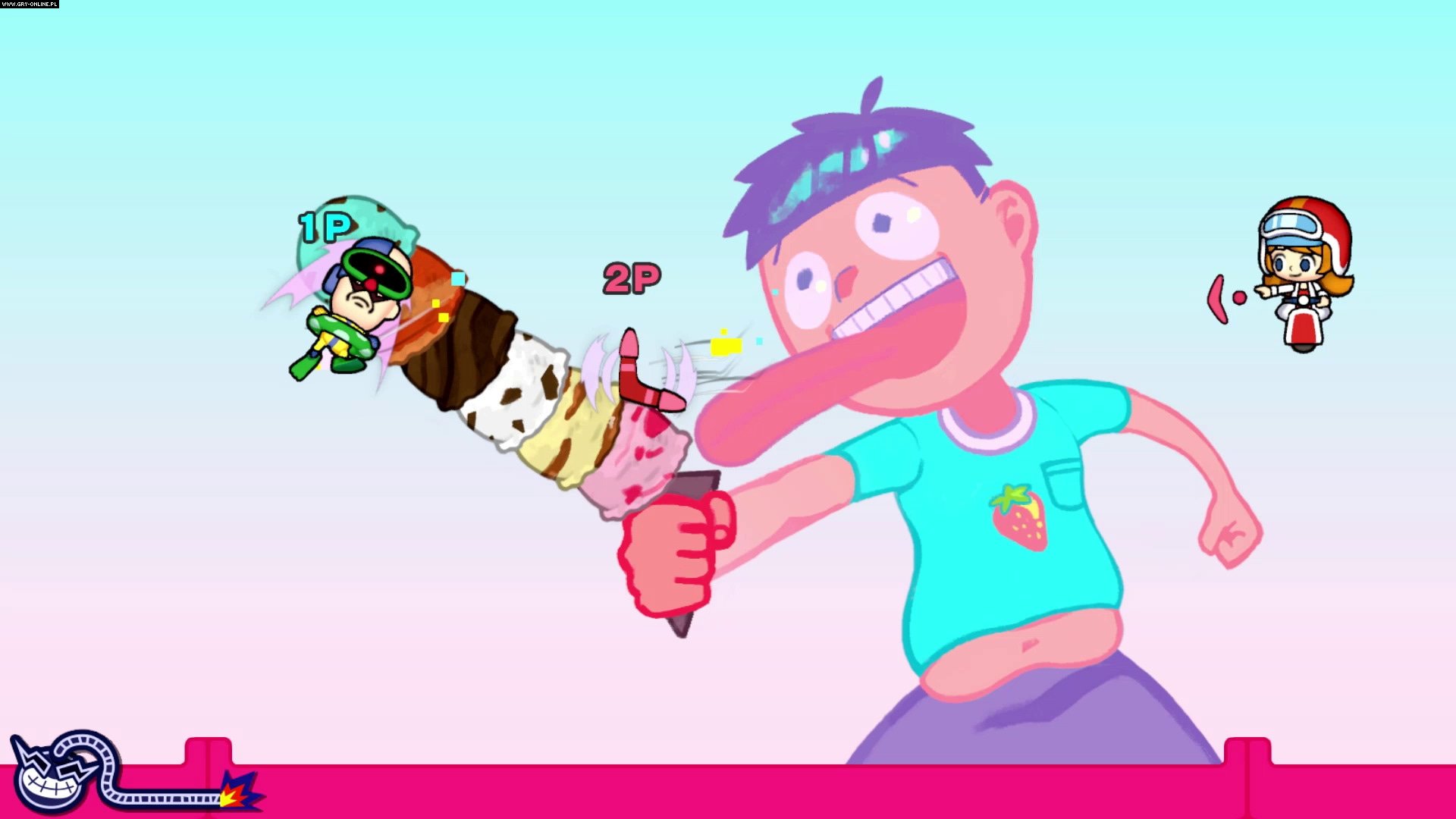 WarioWare: Get It Together! is a fun game that has managed to bring freshness to the series without losing its essence. It is a perfect title for fast games and especially recommended enjoying with a company because the laughs are more than assured in its cooperative mode. Perhaps the selection of minigames is not the most memorable of the series, and the ideal would have been that it also included online multiplayer. Still, if its proposal catches your attention, here you will find a very complete and crazy work with which you will have some great times. Do not hesitate to give it a try.

We prepared this review with a digital review key for the Switch version of the title provided by Nintendo.