One of the most fascinating themes in video games are gigantic robotic vehicles. Mechas can make us fly and the idea of handling machinery that can perform all kinds of actions, from flying to facing all kinds of enemies is simply pure fun.


Although it seems that games featuring mechas or robots mostly exclusive to Japanese developers, with titles derived from sagas such as Evangelion, Robot Wars, Mazinger Z or Gundam, the truth is that giant robot games have been made even in Spain (and there we have the test with the classic Dark Power ), in addition to other well-known sagas outside the Japanese country such as Pacific Rim or Mechwarrior.

For a few years, we have been able to see a game, first called CODE: Hardcore and finally Hardcore Mecha, in events such as the Tokyo Game Show, Kyoto Bit Summit and other events. In fact, previously, this title had successfully completed a funding campaign in which almost gathered three times more than the goal. Finally, the game at hand has just “reached” the general public thanks to China Heroes, Sony’s program to support the developers in Asia. 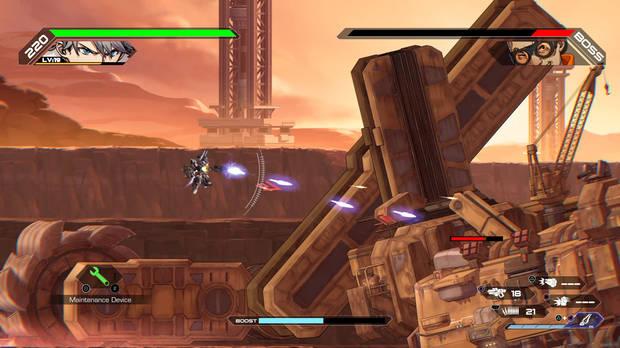 After triumphing in Steam, the title now comes to PS4 in the western territory, and the truth is that after playing, it has left us a fantastic feeling.

The story puts us in the shoes of a mercenary named Tarethur, who, in turn, is at the helm of Thunderbolt, a very well balanced mecha(compared to others that we can handle later in other ways since there are much slower and resistant, and faster and weaker). This group of mercenaries has been claimed by the “UN” of this future not too distant to find a person, which already makes us see that this mission will not be as easy as it may seem at the beginning. 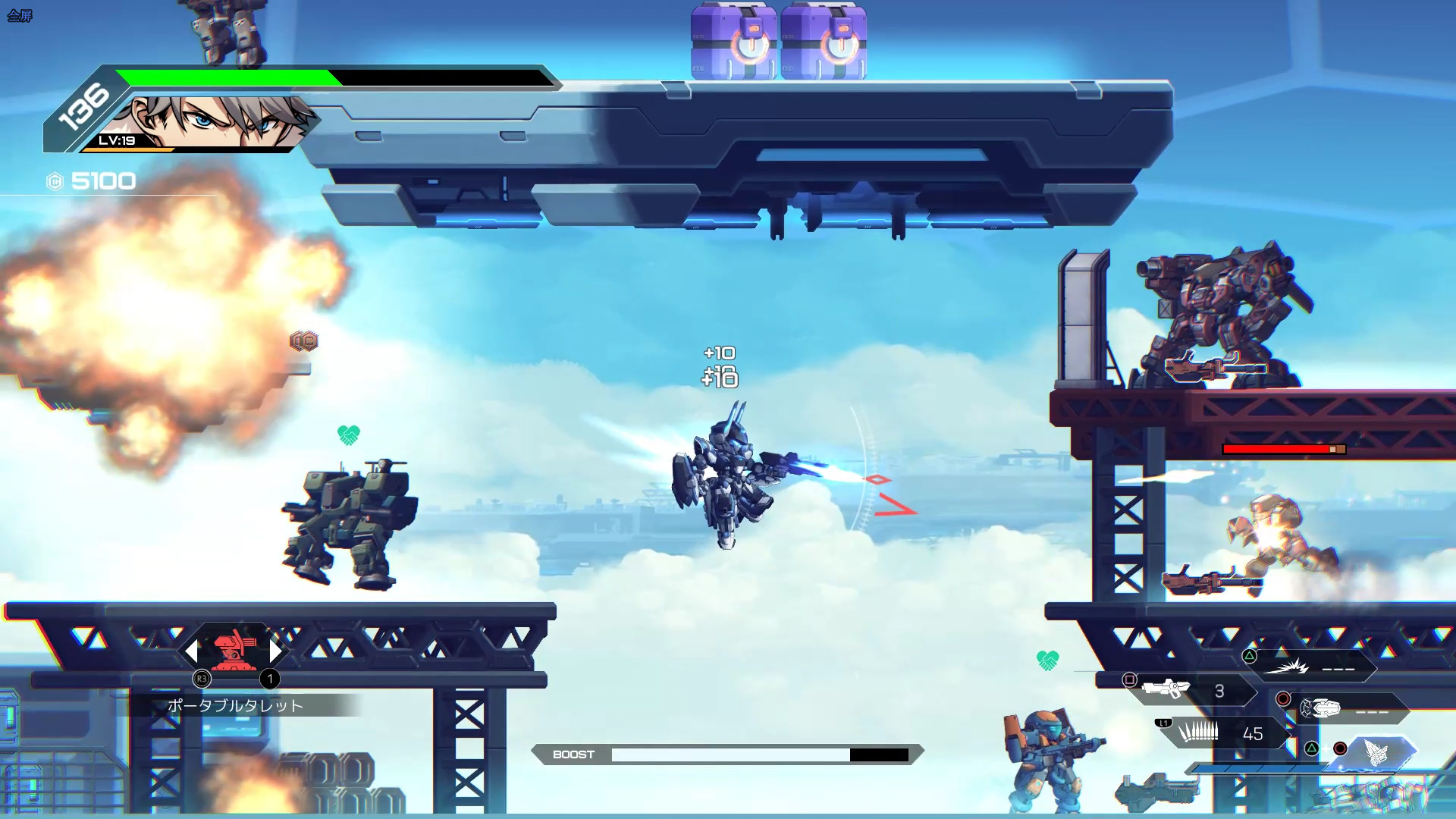 For a good part of the game we will find ourselves handling Thunderbolt, that the truth is that it has a right amount of resources: primary weapon, secondary weapon, a couple of combinations of punches, can make small flights and even agile dodges (and later another type of abilities). It is handled as an advanced run & gun, a kind of Cybernator or similar that does not have a frantic pace like a Probotector or a Gunstar Heroes, but the truth is that it is quite agile. As if that weren’t enough, in quite a few moments, the gameplay changes, and it takes us from a run & gun without the protection of our wick up to Matamacians of various types. About 20 or 30% of the game time of a game, we spend it with somewhat different gameplay from the main game, which is an interesting detail regarding the variety of situations we encounter while playing. 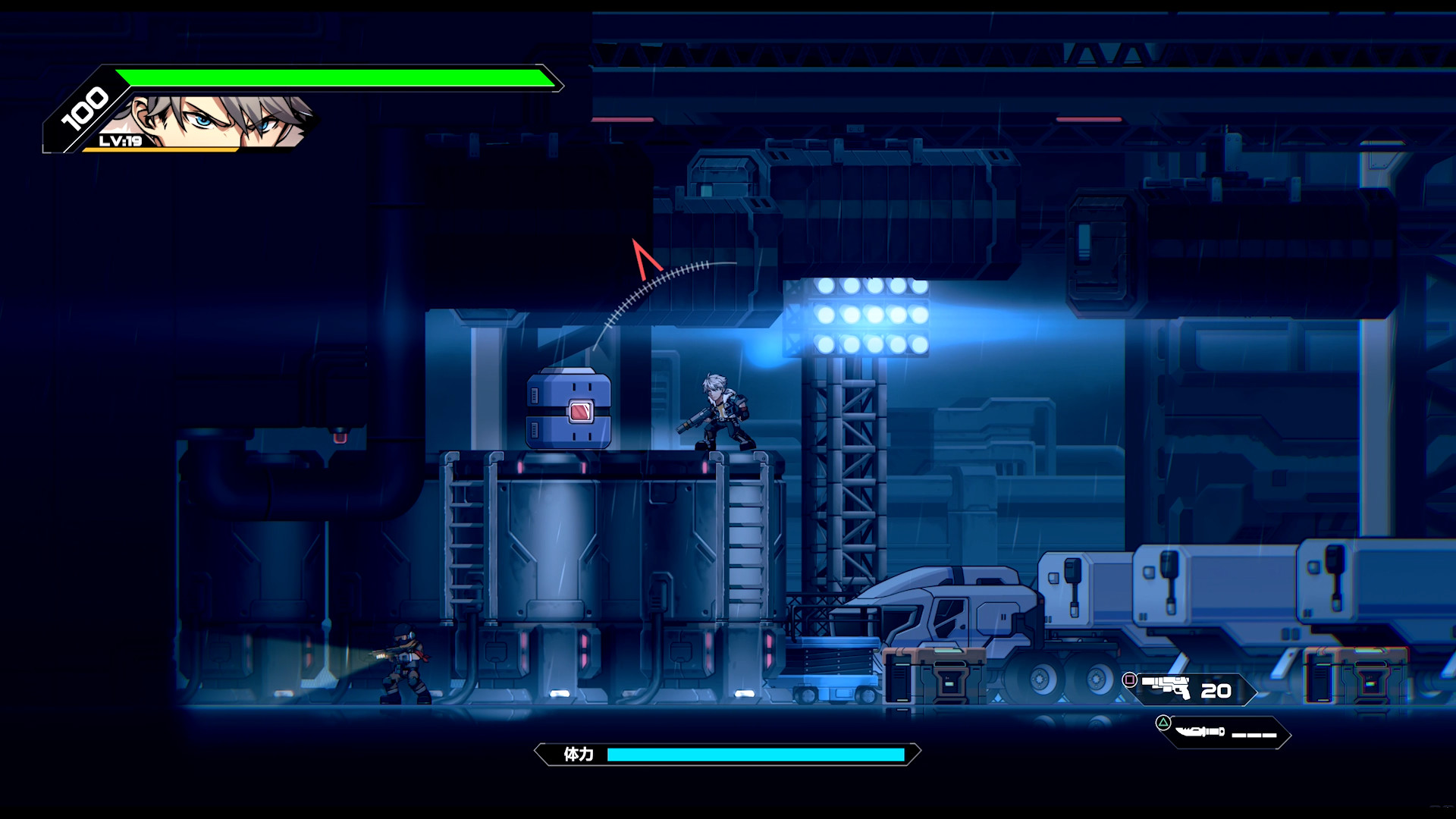 But as we said, this game has more modes besides the story. For a single-player, they have just set up the simulation mode, unlocked at the time of completing the campaign that we mentioned above (which is not short, has eight missions subdivided into several levels, and in total there are a few hours to overcome it). In this way, we can go using other robots and get into different missions, without, without a history of any kind. It is very satisfactory since it can handle other devices and provides extra entertainment. Another way, more focused on multiplayer (you can train on your own, but otherwise you need more players both locally and online), is a combat mode between robots. It is entertaining, but it is still an addition to which it must be said, at the promotional level it has been very emphasized. In fact, at the beginning of events, only this mode was taught (no campaign), but this has changed over time.

Depending on the moment of the game we see the impact that can cause us in the retinas Hardcore Mecha can vary from a remarkable praise for their action scenes, for their characters with a quality typical of a Japanese anime, until considering that the animations in Real-time characters are quite robotic … and unfortunately I do not talk about when they go by robot. And it is that in some scenes (even cinematographic) they are made with the game engine (Unity) pulling Spine, and what in the game does not bother, both at the level of proportions and movements, something is out of place, and more when right after you see a very professional illustration that reflects the same moment. Another fascinating detail is the number of zooms they make during the game so that sometimes we will see our robot very closely because the occasion allows it. Still, in others, we will see it very far away, probably because we face a rival of Gargantuan size.

In general, the visual aspect is outstanding (halfway between an independent game and a triple-A). Still, occasionally it has those moments of not so much quality (which could have been avoided without any additional cost).

In the sound aspect. Voices in Japanese give the illusion of being in a mecha anime at all times. At the same time, the soundtrack, with 39 tracks, is perfect for what happens in the action if we look at the credits we see the effort that has been made, where in addition to having the services of Hironobu Kageyama for the opening song there is also another song sung for the end, in this case by a singer named Ahke, in summary, a fantastic aspect that can only be asked to have made more translations into English, since they have included Korean, Chinese and Japanese. 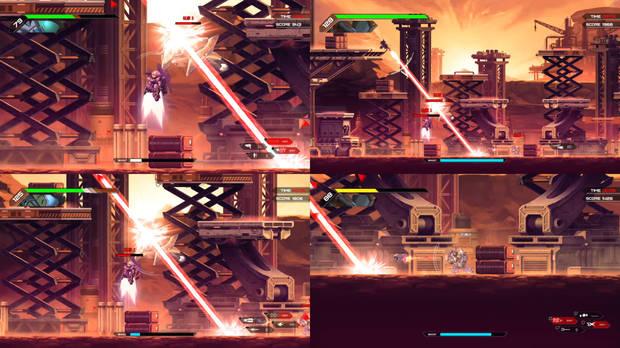 For something less than $20 in both its PC and PS4 version, the truth is that we can enjoy one of the best robot games in 2D for quite some time. It has a very remarkable amount of content; at the sound level, it is tremendous, and only some visual details take it away from what we might consider around the game. Also, its creators are putting content after the launch of the game so that it can still be better in the future. Highly recommended for lovers of robotic action.

We prepared this review with a PS4 review code provided by Plan of Attack.