Need for Speed(2015) ​​returns with spectacular visuals and it's fun, but the franchise definitely needs some fresh air.

Much has happened since Criterion left Electronic Arts as Ghost Games taken their place now. When it comes to open world racing games, we cna’t foget about Criterion, the company who developed one of the popular racing franchise Burnout series. Ghost Games now do their best to maintain the spirit of Burnout Paradise live under the new Need for Speed(2015). Today we are going to talk about the latest installment, simply called Need for Speed ​​, a new racing game that returns to underground racing.

Need for Speed ​​is a open world racing game in which we return to get into the world of illegal racing at night. The story, as you can imagine it, could not be more typical. We are a typical kid behind the wheel, and our contacts/story characters are living in the world of the night, whom guiding us/giving missions through this world. We simply race against the best riders to become the master of them all.

If you have played any of the previous Need for Speed ​​or Burnout series , you know what awaits you here. One big map, filled with series of quests divided as, primary and secondary, which will allow you to gain experience and money to level up, with earnings you can buy new cars or tune the ones you own. Obviously, the main objectives are aimed to advance the story, and the secondary quests are to get one hundred percent completion or more experience and money. By the way, there are also collectibles (photos, parts) that encourage us to explore. 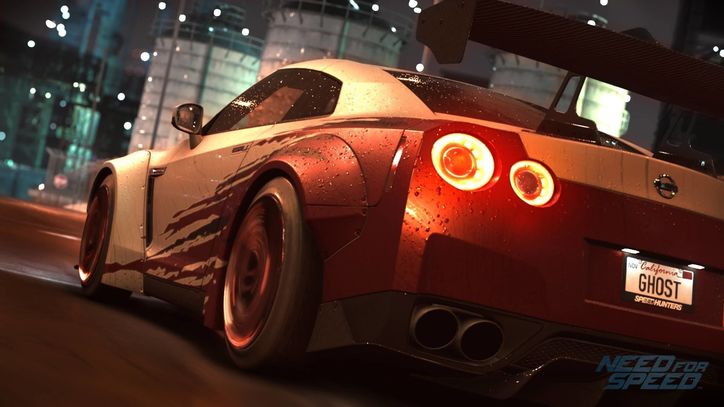 The missions are not particularly original, mostly we are thrown in races and time trials against to one or more opponents. Presence of rubber-band AI hard to ignore. Drifting is essential to compete in Need for Speed ​​, and will take you a while to get used to it. Controls are very arcade. In addition, it is well differentiated between different cars.

Well, it’s one of those games, not difficult to master, but offers enough challenge, to make you feel that there is progression and satisfies you with the victory that comes along. Need for Speed(2015) there is no manual gear, so if you are used to it you’re going to miss it. As for the cosmetic changes/appearence are limited outside the hood, side abck and front of the car, but the rest, like there is no options to change appearence of cabin or cockpit.

In Need for Speed ​​there are no high populated traffic on road. Overall, Ghost Games suspect that gamers wanted to get the feel of street racing without getting slowed down by excessive traffic corridor.