The adaptation of the CGI movie with the same name, Monkey King comes back in a striking adventure game.

Journey to the West is one of the great classical works of literature in China and movies related to these classics are continually being made. Dragon Ball for instance, but also a multitude of other manga, anime and video games directly or indirectly, such as the Enslaved: Odyssey to the west title has a very important place in Asia.


In 2015 the story was adapted to computer animation with Monkey King: Hero Is Back, and as expected, the Chinese audience made it a success: the greatest of animation until the premiere of Zootopia and Kung fu Panda 3. A couple of years later, Sony announced in ChinaJoy 2017 that Oasis Games and developer Hexa Drive were preparing a video game based on this movie, which will get published by THQ Nordic on both PlayStation 4 and PC.

Monkey King: Hero Is Back follows in the footsteps of the film, although it extends specific adventures for reasons of giving more playability. The story tells us about Sun Wukong, the powerful Monkey King who dared to challenge the gods themselves. However, this rebellious act angers Buddha, who had no trouble confining Sun in an icy cave lost in the mountains. 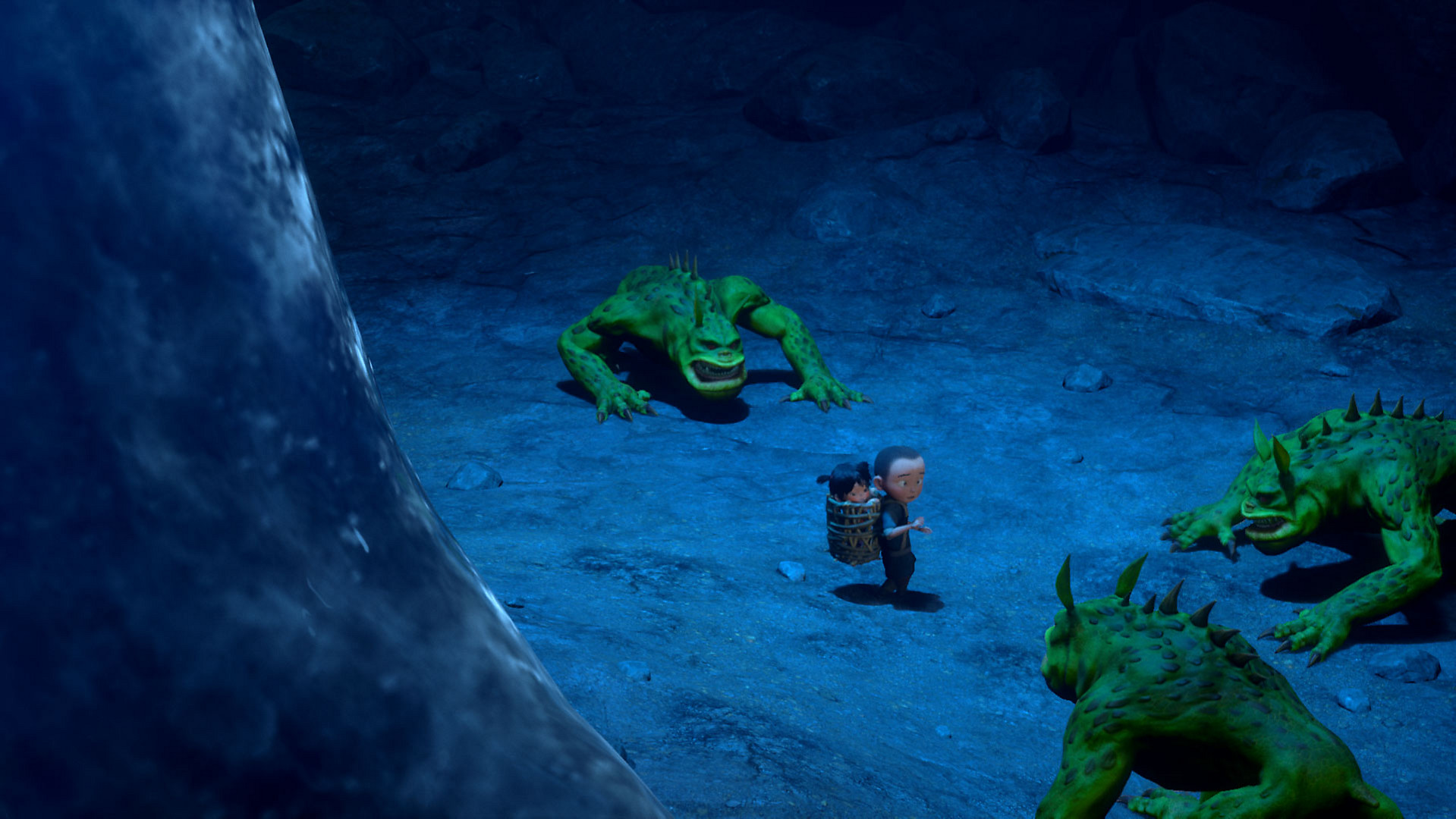 Now, 500 years later, a young monk who flees to a safe place with a baby will accidentally release Sun. This does not mean that the Monkey King is free from punishment, as he still has a chain on his arm that limits his magic. As much as you try to take off this seal, there is only one way to regain power: do good. The mission is presented to him, as strange monsters are kidnapping children, so there is no better excuse to start delivering blows of kung fu and for a good cause.

A ‘beat’em up’ for the youngest

The film and, therefore, the game is intended for a young audience. It is a reasonably classic action-adventure that, in a way, reminds those AA productions of the 128 bits that were far from being round and did not aspire to be the new “game of the year,” but could entertain in an afternoon with nothing better what to do. At present, there are similar games in this style, although the market does not usually react well to them – remember Sony’s launch title for PS4? Knack series says, Hi! 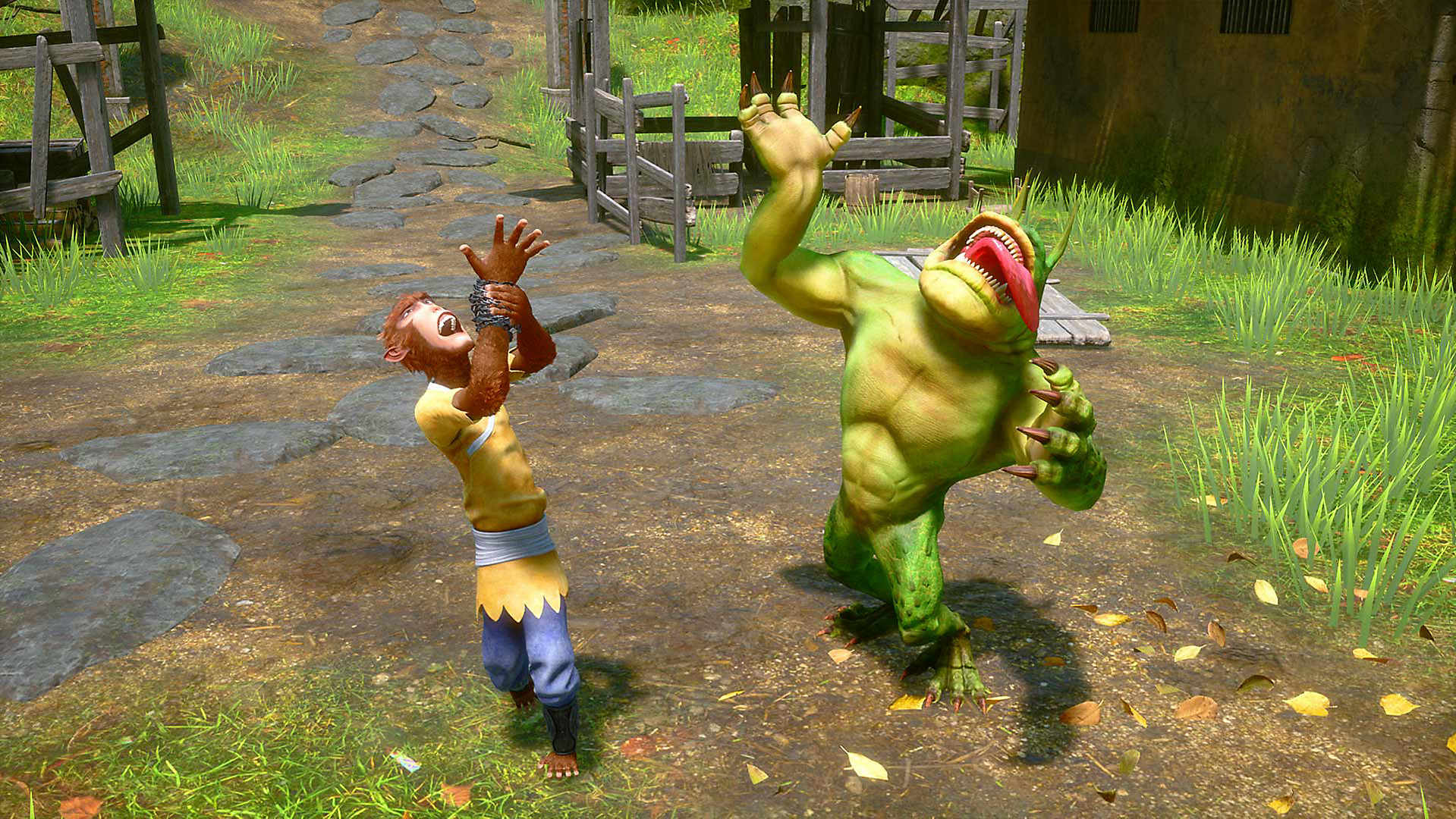 In Monkey King, we have two basic attacks at our disposal, a weak and fast attack, and another strong one that takes a little longer to execute – but in return, it can also damage several opponents. With both, simple combos are performed, and against most normal enemies, it will not be necessary to evade attacks. In fact, one of the mechanics of the game is the counterattacks, which appear when we hit the enemy who is about to discharge his hit, which activates a sequence was to crush buttons that culminate with a fancy animation as a final shot. 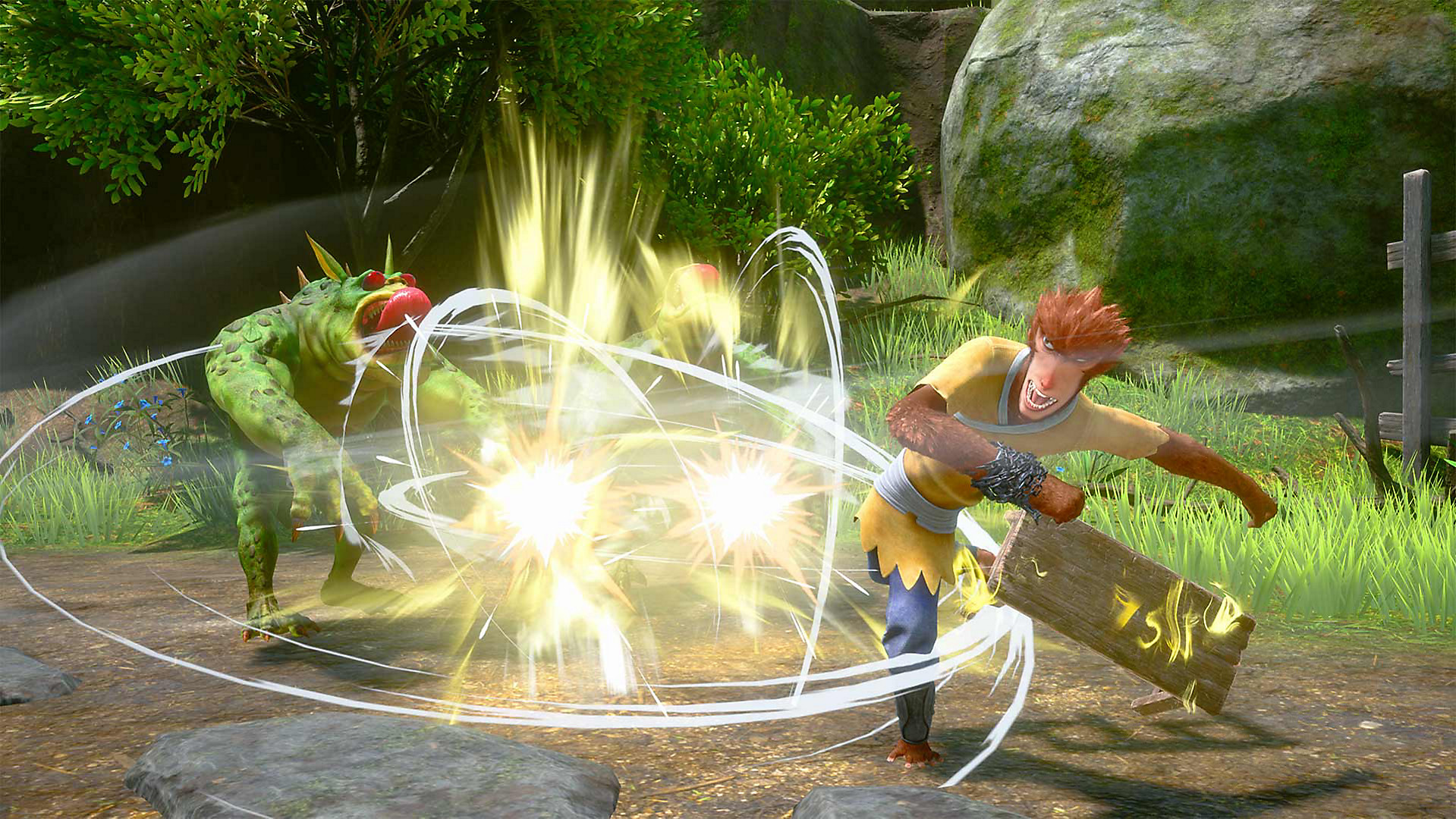 You need to be strategic when facing against bosses, as compared to regular foes bosses are capable of inflicting more significant damage and even finishing us with few strokes – the difficulty is not that easy. Combining jumps and the use of certain improvised weapons, such as decorative objects – wooden boxes, stones … -We will expand our arsenal. Then, of course, we have a system of magic that is unlocked and empowered, oriented to combat or the simple search for natural resources on the map. 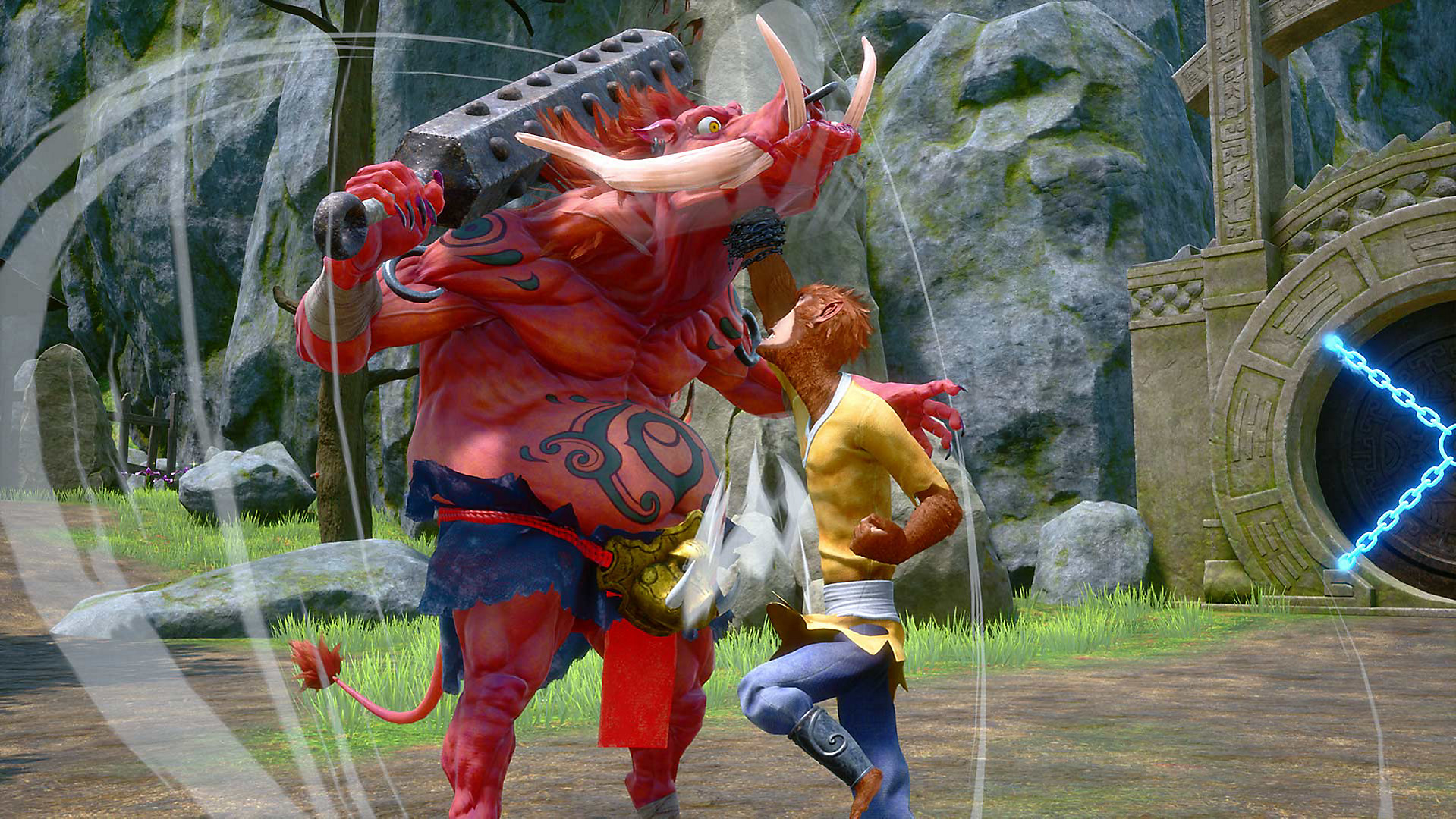 Story progression is linear, although the maps are a bit open and allow you to explore villages,  the roads and investigate rooftops or certain elevated surfaces. In forests, for example, we will find locked doors that require keys, and to get them, you have to look for some deputy chief of the area that keeps a chest with the key object. All ideas used in-game are very old fashioned and with no intention of reinventing the wheel. 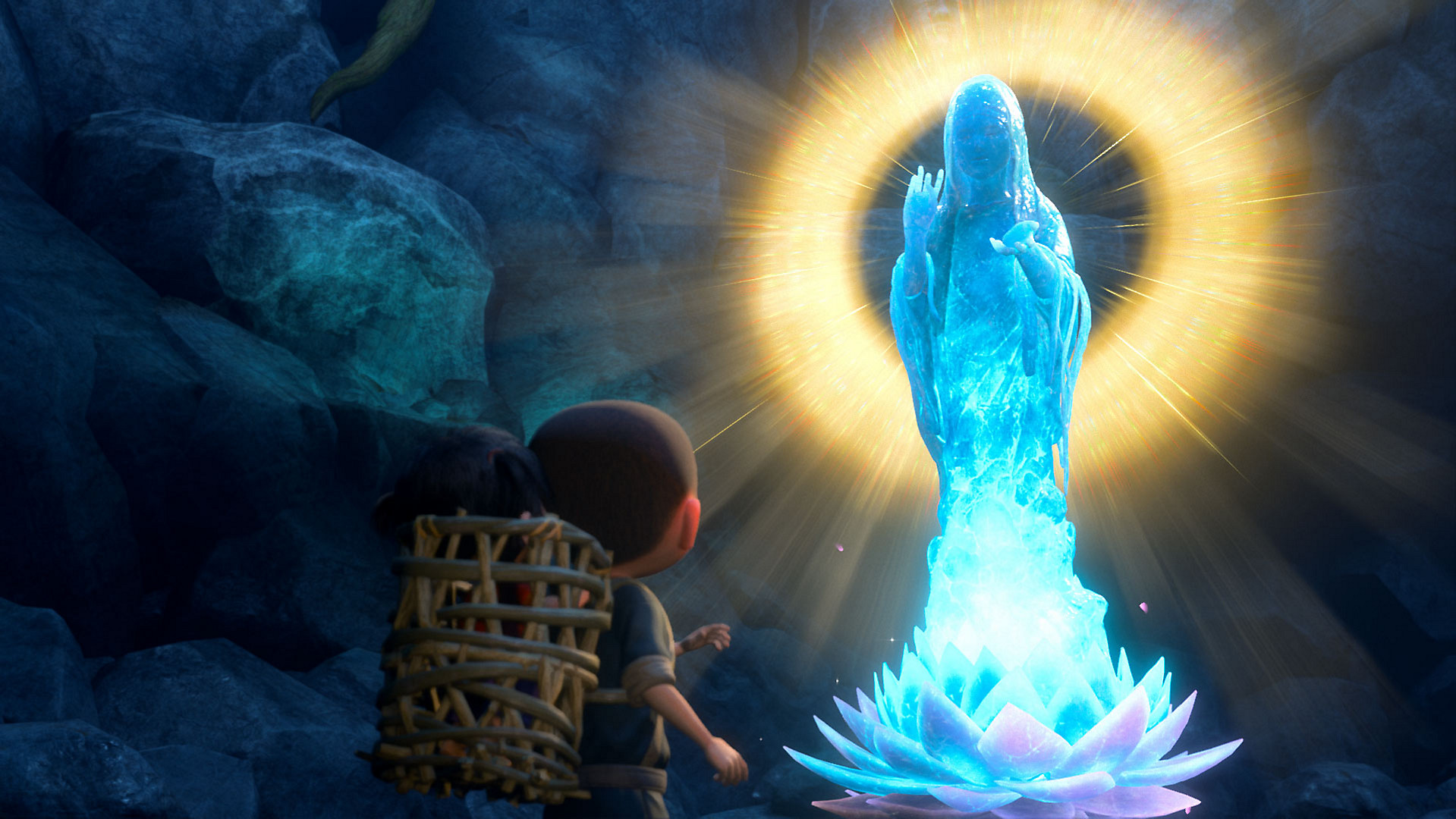 As we say, it is designed for the public that does not seek unbridled action that demands great reflexes; Monkey King does not intend to play in the same league as God of War or Devil May Cry V. For example, you have the option of playing with stealth … But it comes down to pressing a button that crouches the character to prevent enemies from locating us, and it doesn’t make much sense because neither the scenarios are designed to play like this, nor is it what we will be interested most times: it is a combat game in its origin.

What we did not like so much is the controls with a little lag, which makes the action less comfortable than we would like. It doesn’t feel as good as it should when hitting, jumping or moving. There are many other games with this heavy control, such as LEGO titles, but that  is a much more varied series, and combat is just one of its pillars; in Monkey King is your basic gameplay, so it ends up becoming a problem present at all times, and that will cause us more than an unnecessary death.

If there is something that has surprised us positively about Monkey King: Hero Is Back is that in the audiovisual aspects, it is above other similar budget licenses. The music is a traditional Chinese style. 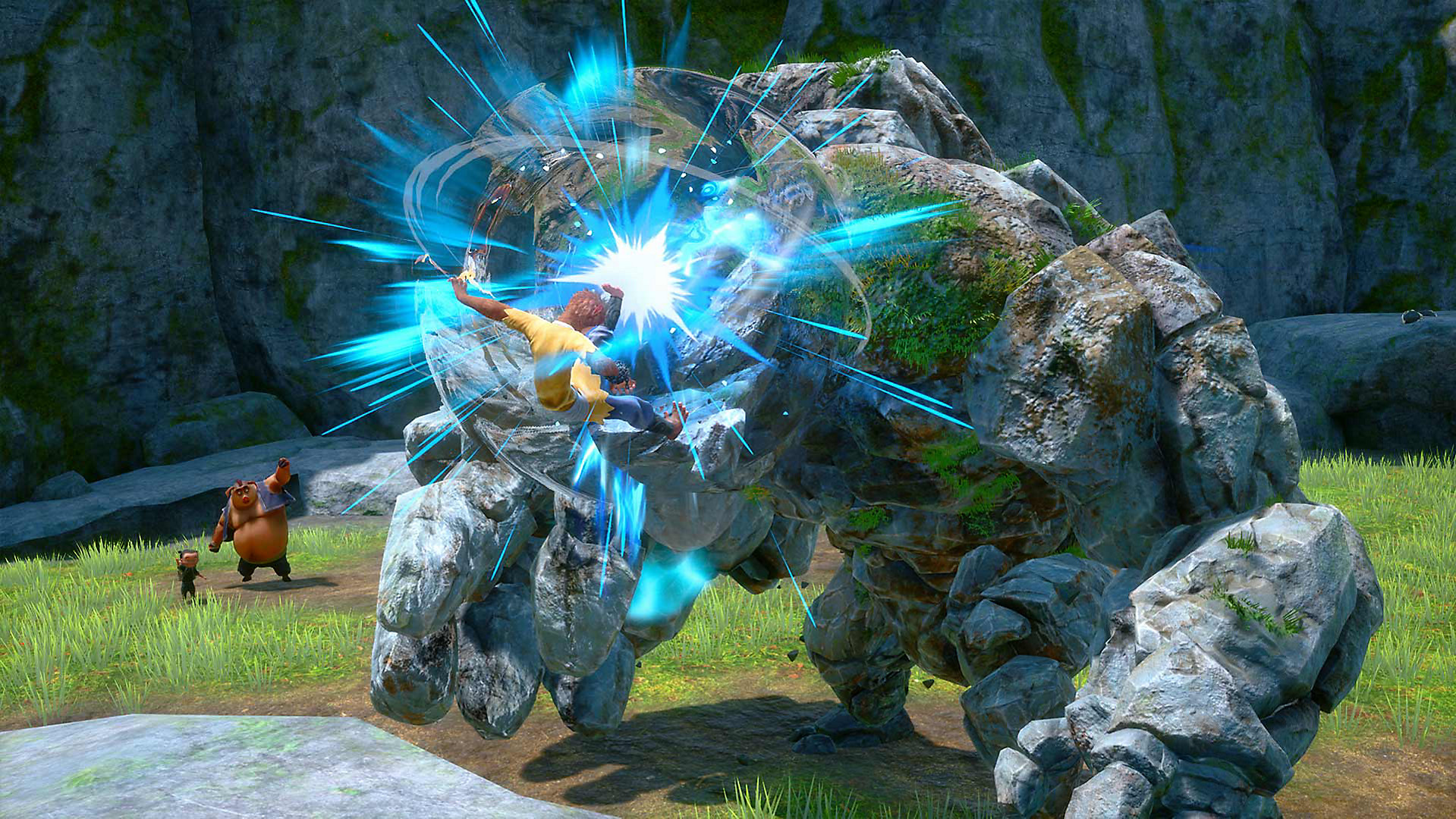 Visually, this is a very well made title. Even cartoon-style animations enhance strokes with deformations and comic planes. Animations are a delight to the eyes, with a vibrant colour that mimics the CGI movie. We can not ask for more unless the world was less divided into sections with intermediate loads, as they usually appear not only in the middle of the map but also every time we enter inside a house.

Monkey King: Hero Is Back does not arrive at the best moment: in the middle of autumn, when the most important games of the year are launched. It is the typical game that would stand out more in full summer drought, especially for addressing the younger audiences. 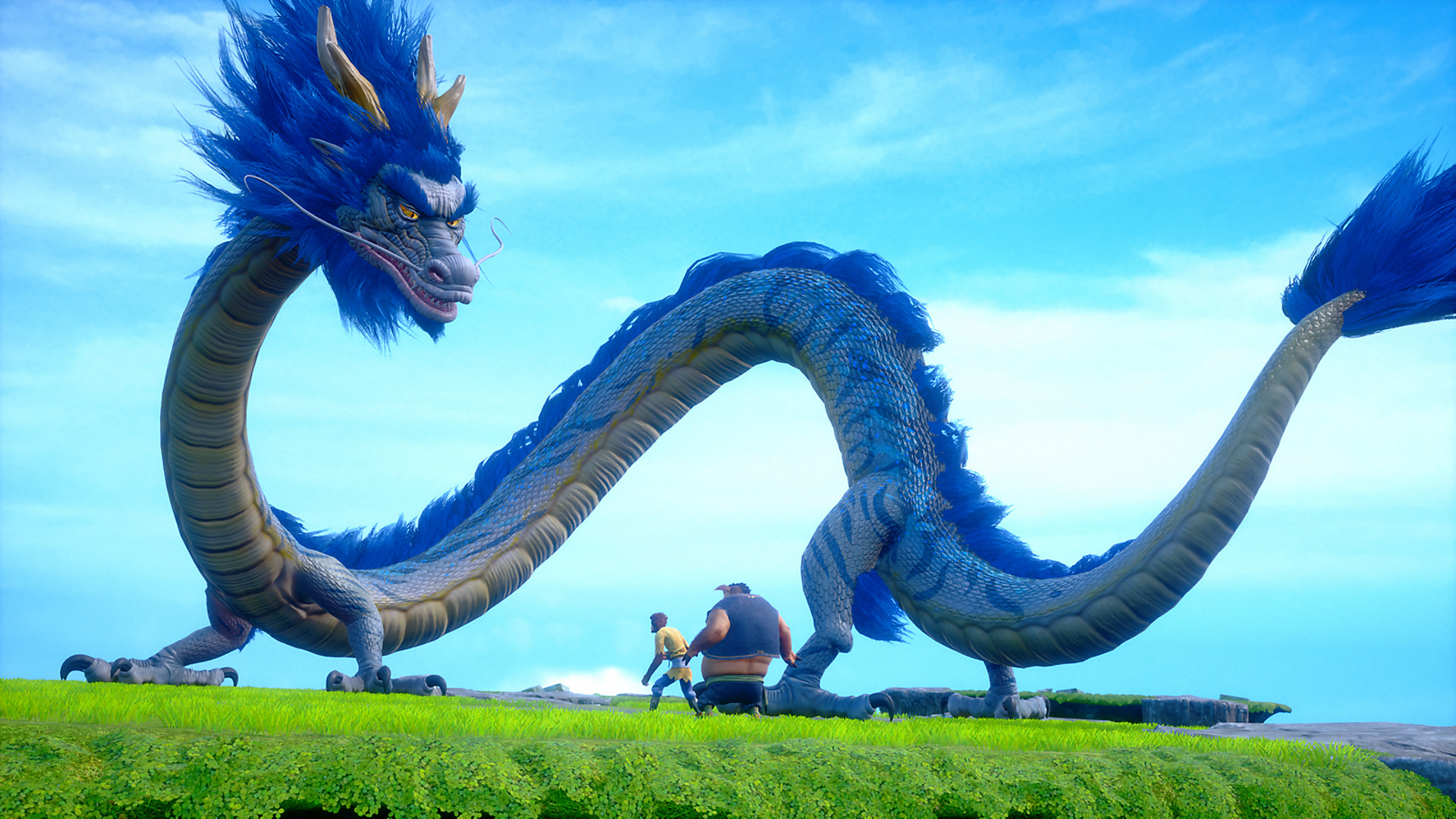 Of course, any age group can enjoy this story and, accepting the irregularities, stay with the good: a beat’em up with uncomplicated playability, a striking aesthetic and an entertaining story. Sometimes you shouldn’t ask for more.

We have prepared this review with a digital code for the PS4 Pro version provided by Terminal PR.