Treyon and Nacon together developed Monster Truck Championship, the monster truck simulator. If you like controlling big vehicles, doing spins, destroying things and throwing mud, then this is the title you’re looking for.


As soon as you start the game you will be prompted to pick a name, nationality, and vehicle type, lastly we need to pick a difficulty (easy, medium, difficult or extreme) are some of the sections to configure. 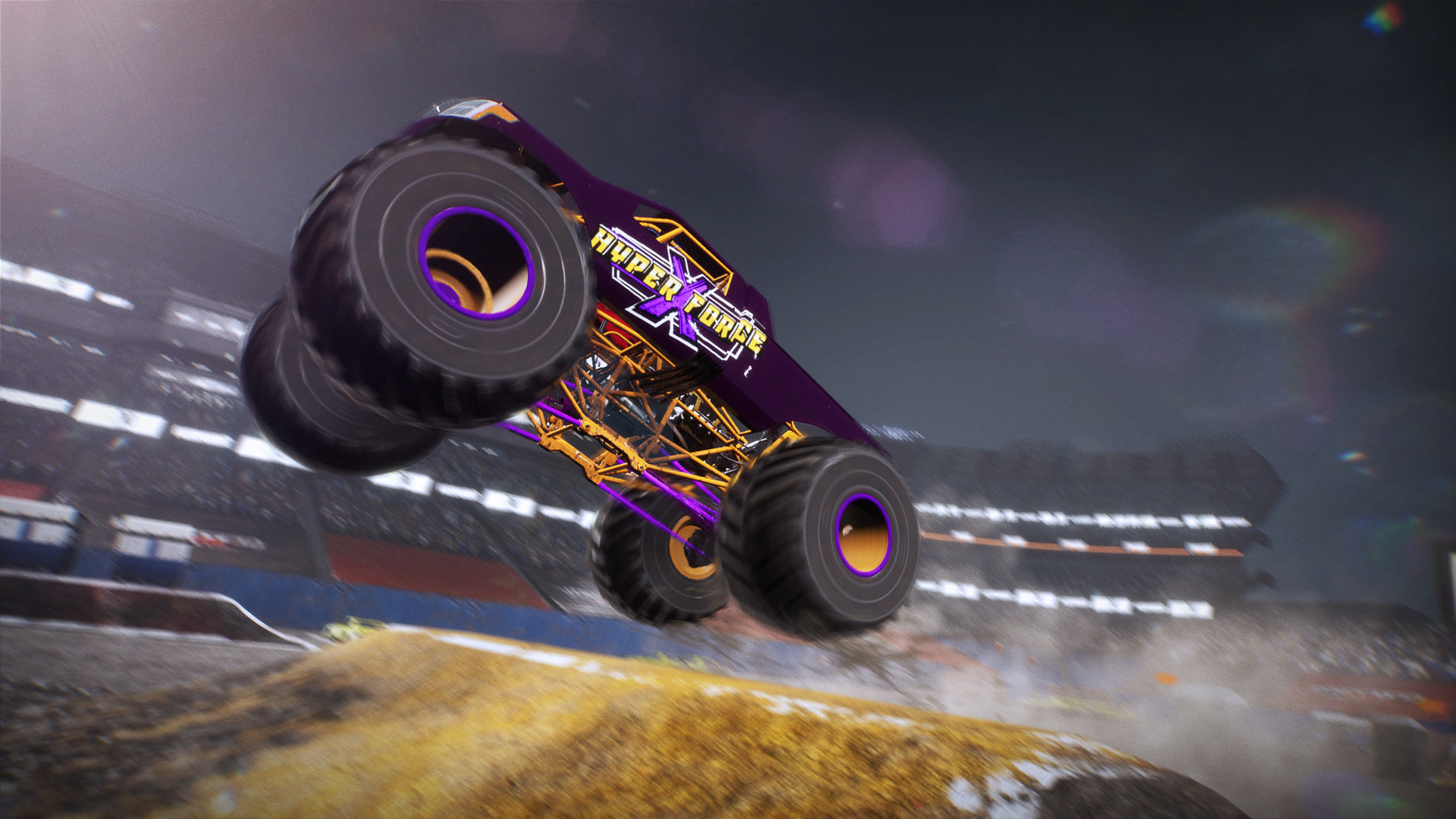 Once everything is configured, the assistant explains everything you can find in the menu and invites you to start the Training. Not only you will learn the basics to move the vehicle, but there is a list of tricks that you must learn to pass the test corresponding tutorials. They are all collected in a list and they explain how to perform them: long jump, bicycle, horse, back somersault, … The explanation of each of the tricks is clear, and the game takes time to gives a good explanation to each trick when doing it.

The game also has a Quick Play section, where you can customize the game mode (including the time trial), the number of laps, the arena, the number of opponents or the difficulty of the AI. There is a local mode as well as a multiplayer mode to race with friends or against up to 7 players online. 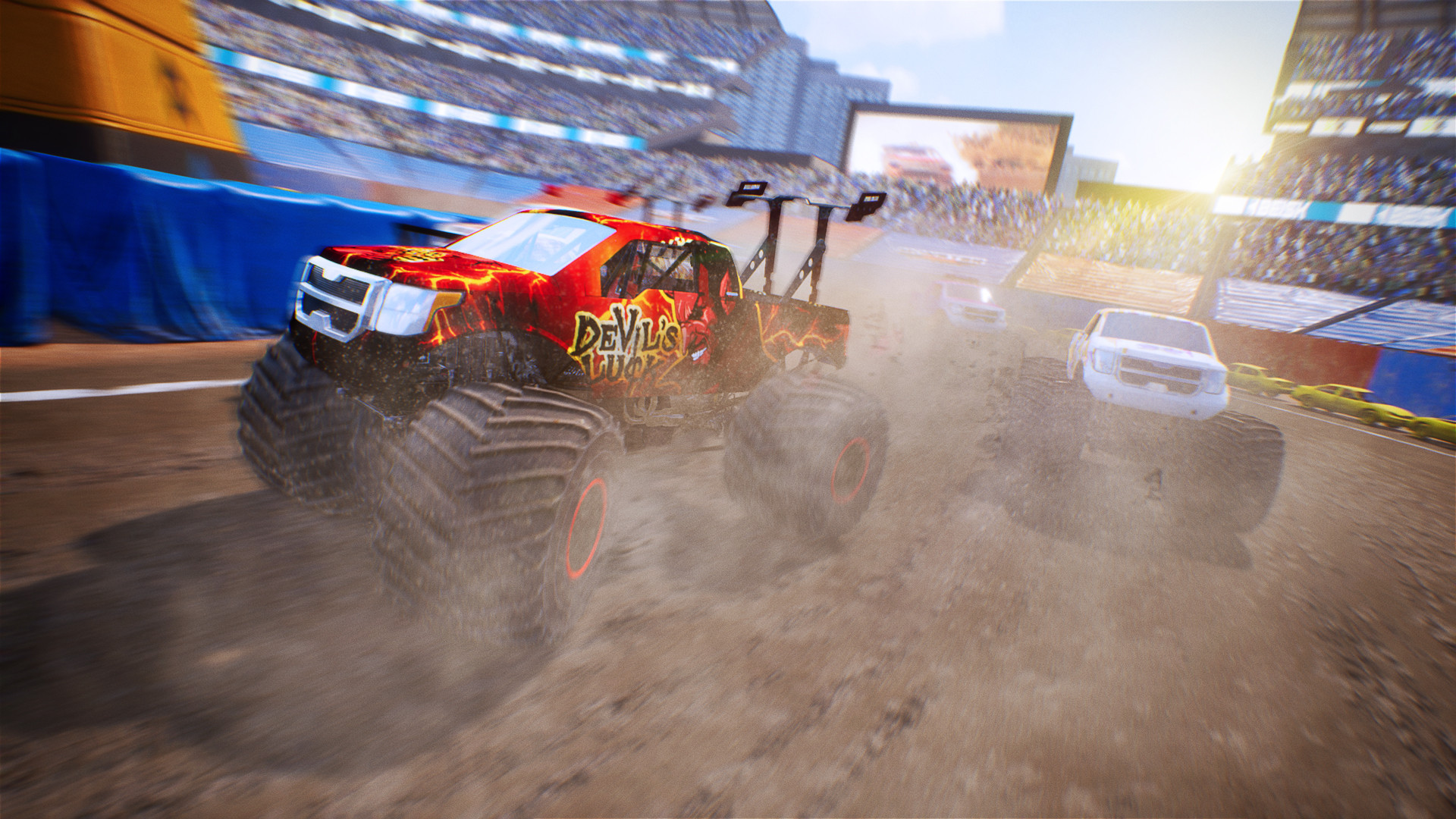 No good pilot goes out to the arena alone. The game has options to choose both the drivers that will make up your team and the sponsors. Sponsor contracts have a deadline, so you must prepare yourself to carry out the challenges they pose you and thus be able to unlock new features or earn more money. 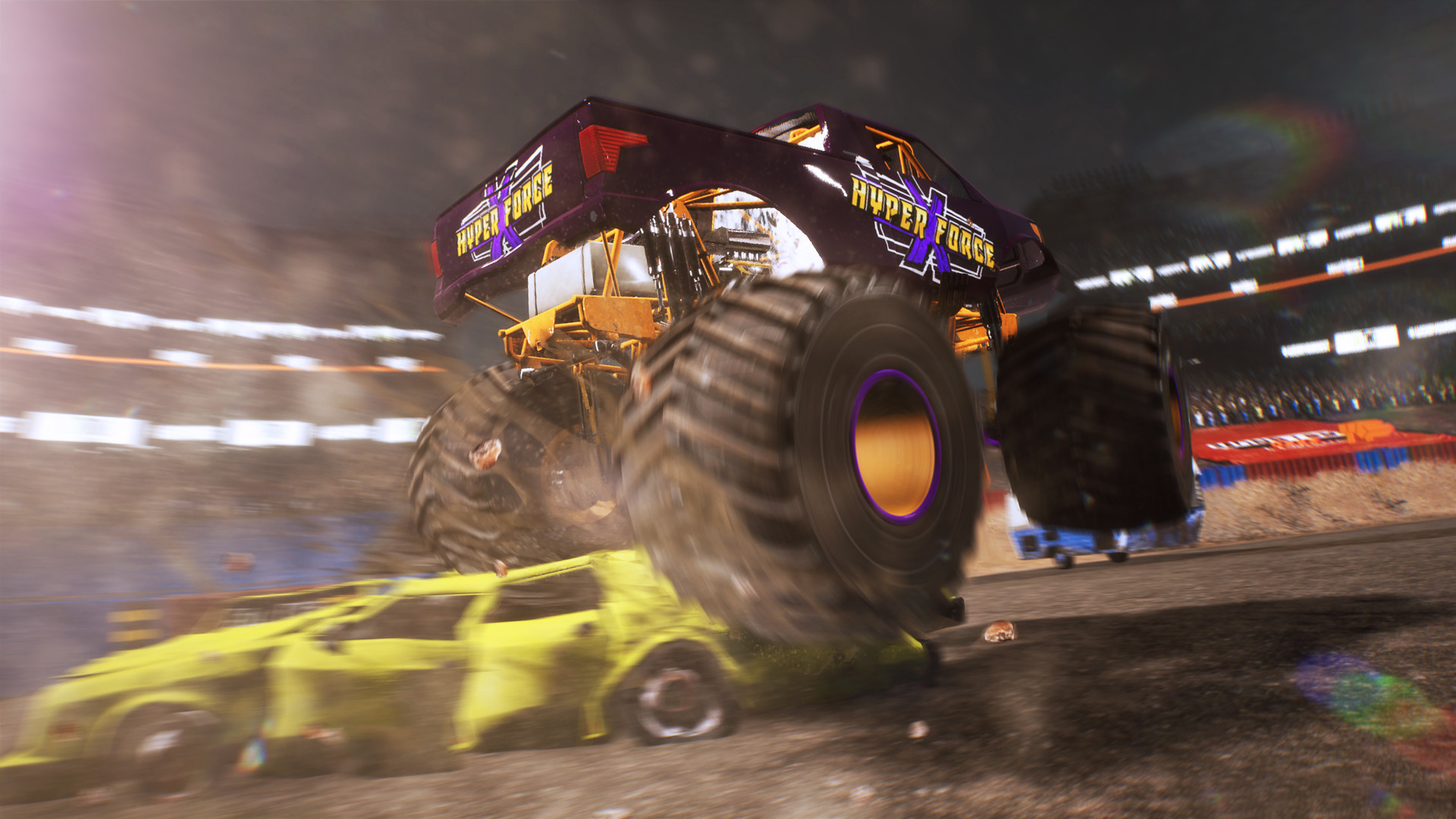 There is also the possibility of customizing the vehicle itself in the Workshop. There are 16 trucks and more than 50 customizable items. Color, vinyl, bodywork, wheels, vehicle, … You have many possibilities to shine in the races. As you progress through the game, you can unlock better vehicles than the previous ones.

You can really feel how vehicles improve as wheels or brakes are changed. However, it’s left a bit limited. The last vehicles have more speed than the first but, as the game warns, a monster truck is not just any vehicle. They cannot be controlled at high speed, so the existence of faster vehicles is not useful after all.

The strong point of the game is the Events. These are divided into three leagues: National League, Professional League and Major League. Each one is divided into 9 test sets and a final, which are unlocked as you compete and earn points. Each level is made up of random tests. These tests are Career is the best-known way. You have to face 7 opponents and reach the finish line first in a certain number of laps. Drag Race is a typical 1vs1. You have to arrive before your opponent to the goal. The route is very short and you have to go through two phases to reach the final against the best. Destruction. You have to prepare those huge wheels to destroy or crush everything you have within your reach. In addition, in the arena you not only have to destroy, but you can also pull knowledge and do the best stunts. If you chain the different movements, you can multiply the score and win the test. Freestyle where you have to let your imagination run wild: jumps, destruction, skids, … You are free to show your skills as you want. If you chain to combo your moves, you can also multiply the score. 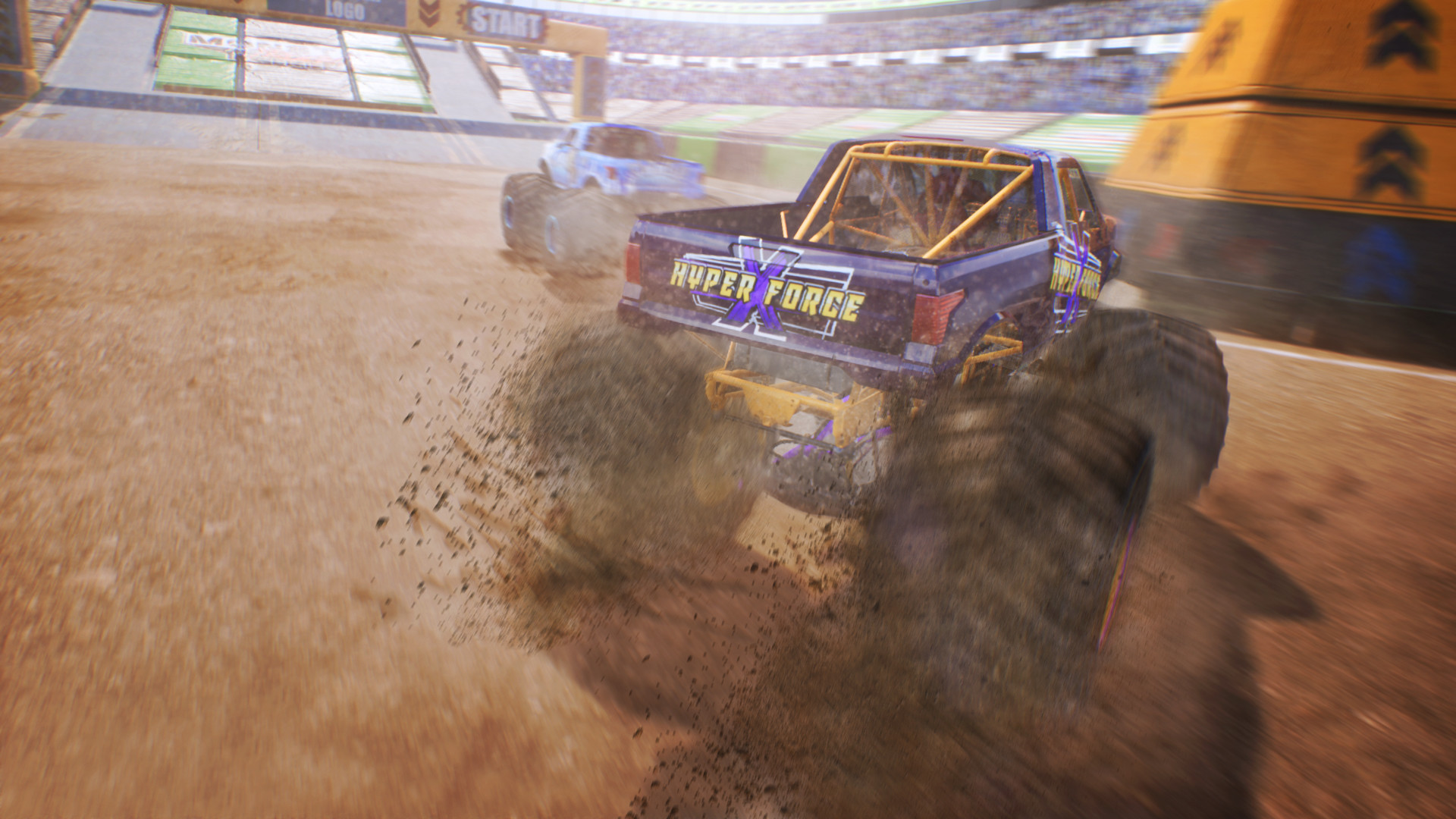 Construction and Destruction modes are pretty much the same. The only difference is that there are more objects to destroy in the Destruction arena than in Freestyle mode. The performance of the tricks becomes complex at times. Sometimes the vehicle does not respond well or the gameplay itself, which tries to simulate each bounce as well as possible, means that the game cannot be enjoyed enough. As for the graphics, the game does not stand out for this aspect, but it does not need it either. It focuses more on doing a real simulation of monster trucks than on having the best graphics.

Although the game has areas that could be improved, yet there is no doubt that it is entertaining and fun. You can feel the improvements of the vehicles, the arenas and the whole experience make you want to do more impressive tricks and the mud in the middle of the races makes you really feel inside the monster truck.