Moon Studios celebrates it's award-winning magical game's first anniversary with the release of an enhanced version!

Exactly a year ago we got our hands on the Ori and the Blind Forest, perhaps one of the best games that were available on Xbox One. The adventure had it all, moving platforms, ingeniously designed with polished controls and absolutely stunning audiovisuals that made Ori and the Blind Forest stand out. Even only the audiovisuals itself did deserve a review on its own. Now, to celebrate its first anniversary, Moon Studios has decided to launch a small expansion to give us the opportunity to revisit this very magical world once again.


Undoubtedly the most important part is that you can discover the past of Naru, who is the adoptive mother of Ori. This will give you two brand new skills and a few collectibles, and who isn’t interested in collectibles in the gaming world. However, you are given the option to go and discover more about the adoptive mother of Ori, but you could skip this part and finish the adventure without touching that part. If you want to pay minimal attention to things like that, you might want to skip it, however, we recommend you to attempt it to gain those extra skills and collectibles.

That being said, we do recommend you wait until you have awakened the spirit of water, at which point you will have to complete the necessary skills in full. The skills gained will allow you to charge forward in a quick manner with a launch of a light grenade, which will come in handy at that point.

We would have liked to see what can be exploited in the different type of areas rather than the ones we were already presented. Ori and the Blind Forest is magical but a short adventure, leaving you to want more out of the game. The puzzles and platforms are quite interesting to maintain the level of you interest for the rest of the adventure, but as mentioned, we believe that there could have been more. 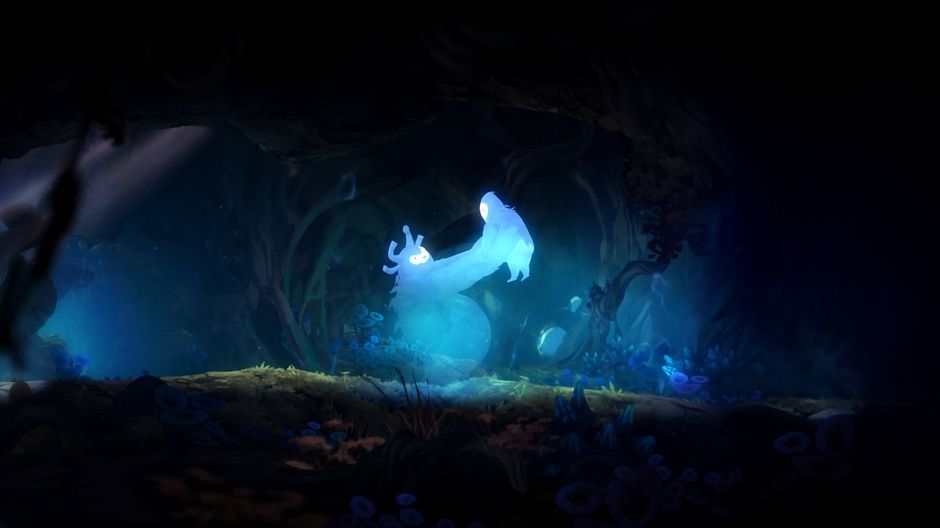 Furthermore, you will find that the game has now the option to do fast travel from save point to save point on the map, which will allow you to move more freely and faster from one end of the forest to the other. This will allow you to find all the secrets and hopefully enable you to accomplish 100% of the game. That being said, it is up to you if you want to use it, but you are not a fan of being teleported, you do have the option to travel without teleporting.

One of the main menu you can pick the difficulty mode based on your skill level from easy, meduim and hard, which we would only recommend if you have a full grasp of these type of games since most likely you won’t be able to finish the game without dying. The main difference is that the damage that you will receive is higher, but it does feel that the difficulty level could have been separated a bit better.

Overall Ori and the Blind Forest: Definitive Edition is an excellent game with some changes to the epic game that was launched a year ago. The changes and modifications are very impressive and the varies combos and new skills definitely makes it more attractive. It will definitely keep you entertained, but as we mentioned before, certain areas could have been elaborate a bit more. Other than that great job making some necessary changes and creating a game that is even more fun than the epic launched a year ago. Keep it up!