Phantom Trigger is a brand-new dungeon crawler hack’n’slash coming to PC and Nintendo switch this week. The game was developed by Bread Team and currently retails for $15 on both steam and the Nintendo e-shop.


Phantom Triggers six-hour story gives you two perspectives woven together tells a single story. You get the point of view of Stan, a married man who suffers a seizure from a mysterious illness. You learn more about Stan, his relationships and his way of thinking through the little dialogue scene throughout the normal world. On the flip side is where the main gameplay lies, in the different reality known as the Neon world. 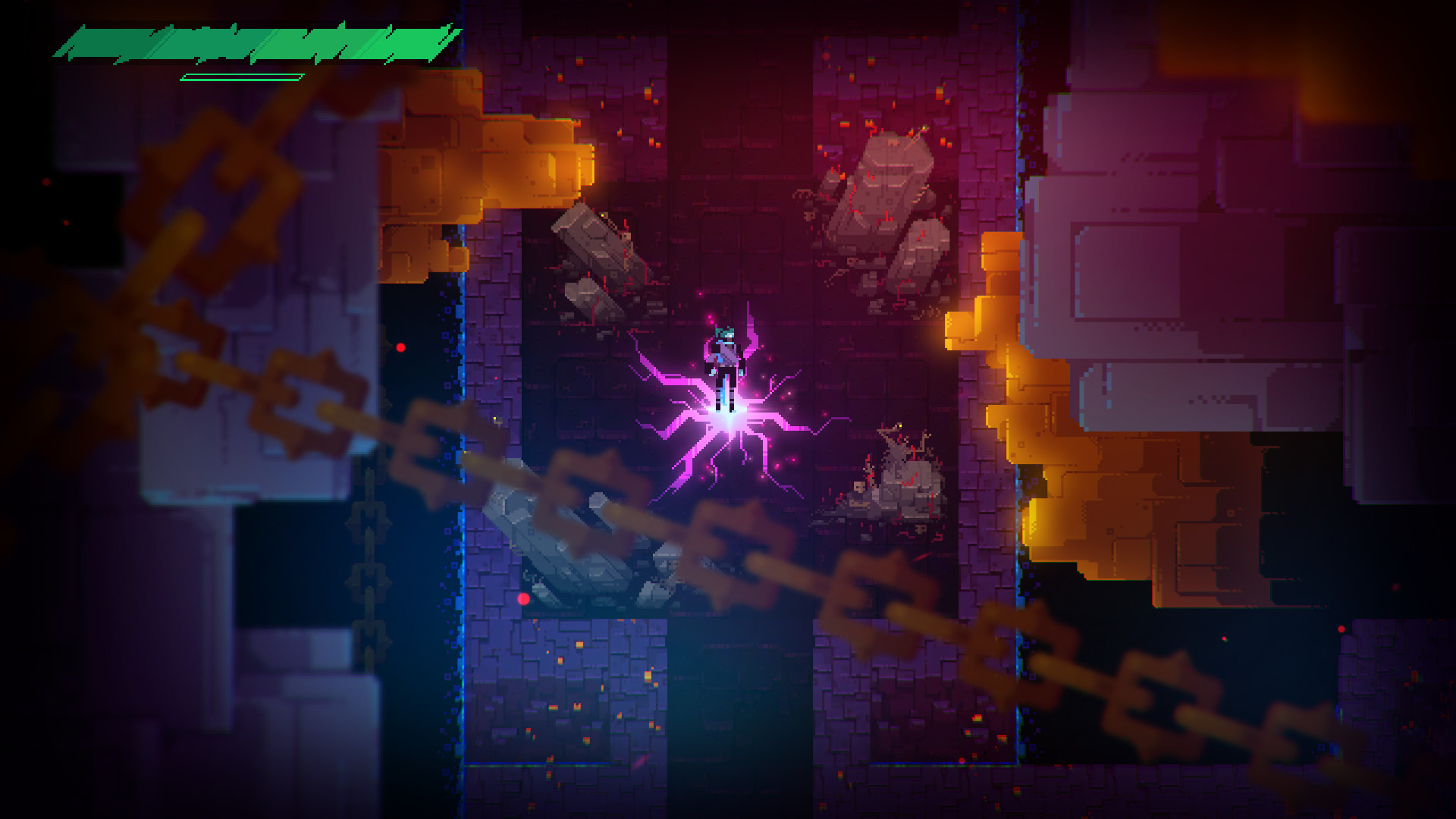 Here you play as the outsider, as a mysterious man without memories in this new world. As you explore the dungeons in this world flashbacks will play out showing you what happened to Stan as both sides the reality and the alternate reality together to explain what’s going on. There are actually multiple endings in this game that play along with the choices you make in conversations in the neon world as the outsider. 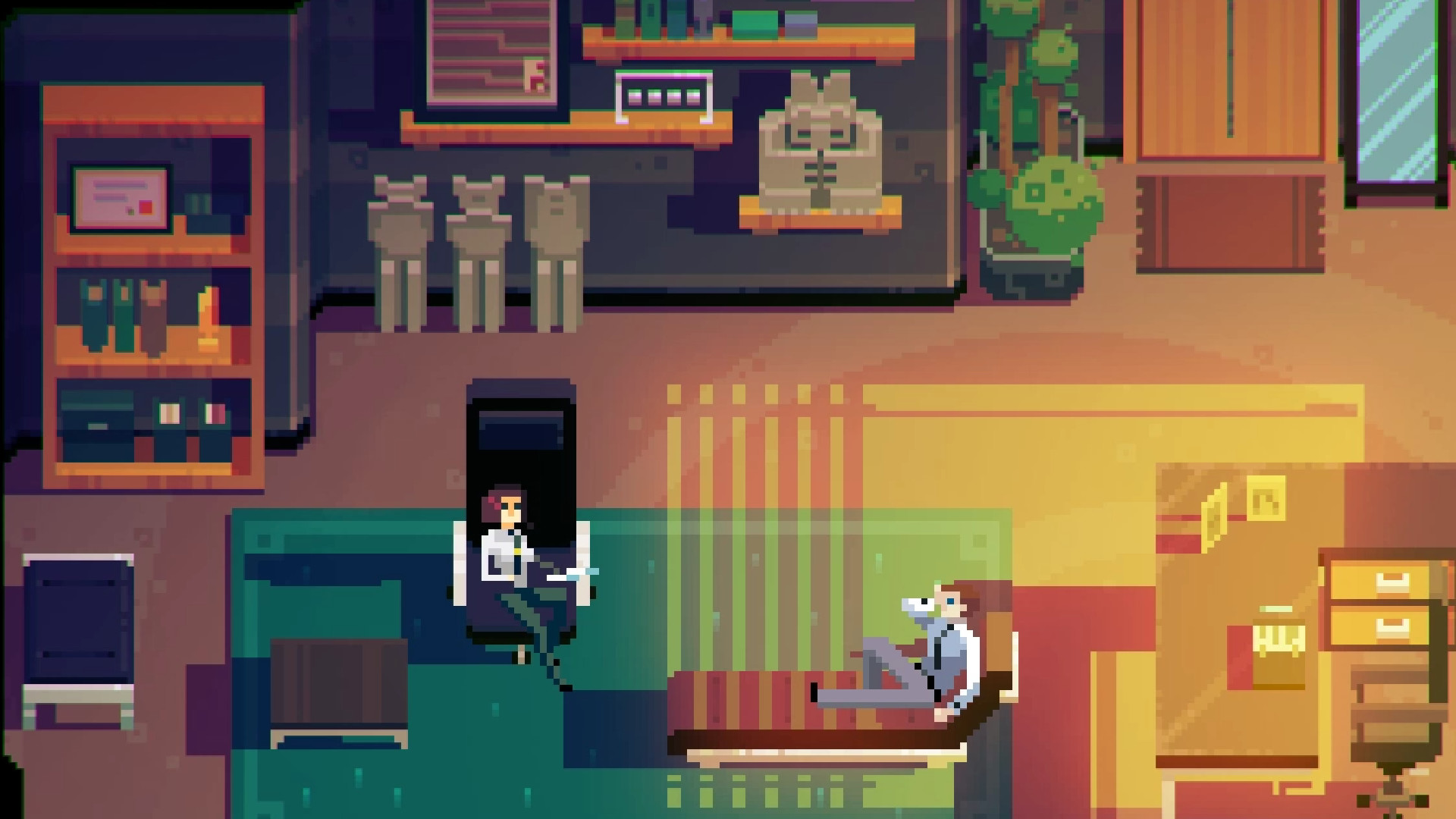 The story is all right, nothing spectacular, although the ending (without spoiling) could have a bit more depth, yet it is entirely satisfying and the whole experience feels like it’s a worthy payoff the story that the game was trying to build up. If anything, the game feels like you just add to the story just to justify the gameplay in some way, and those aspects of stories just mediocre. 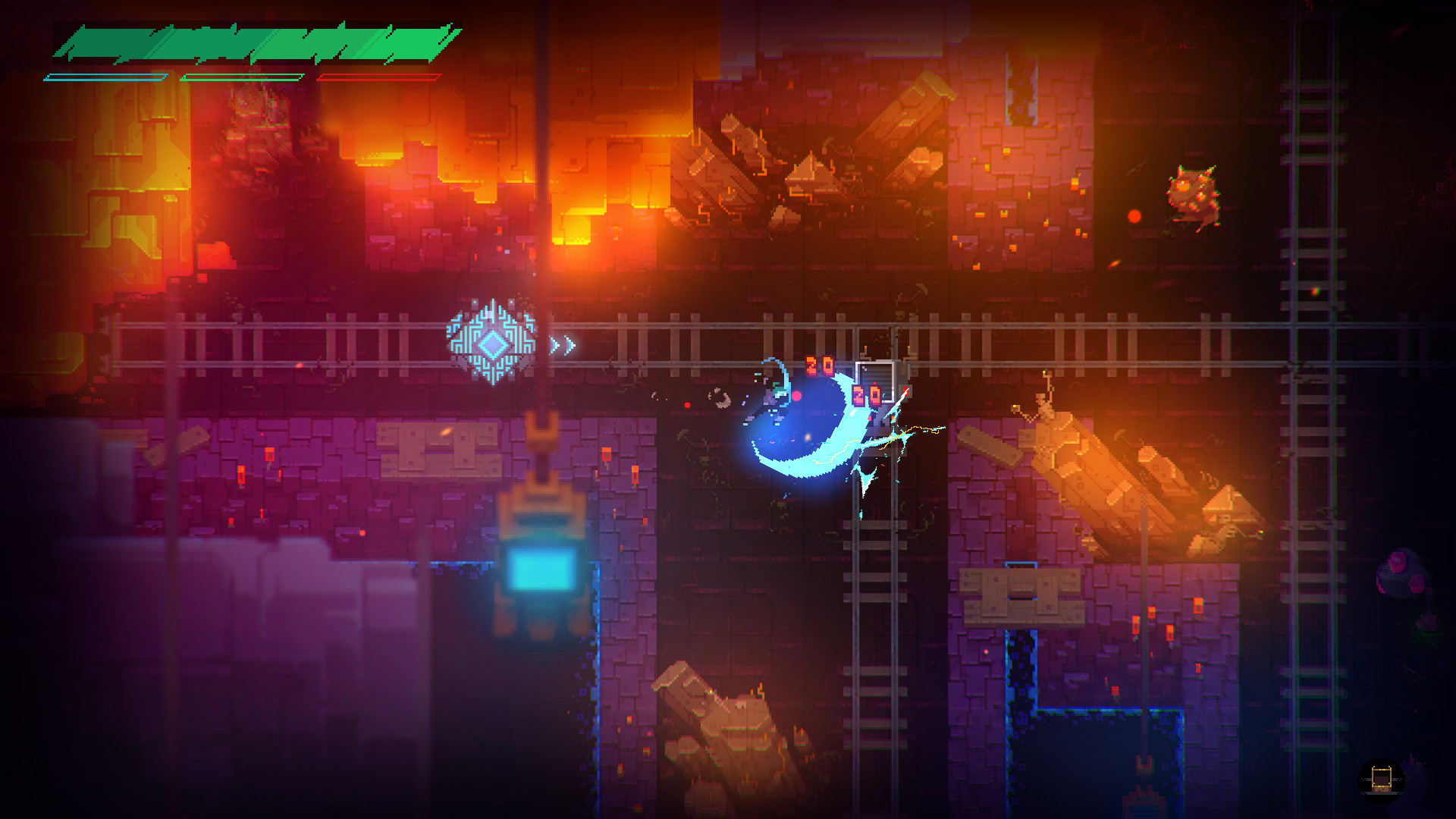 Gameplay, on the other hand, is a much more solid and satisfying experience. The little dialogue seems in the normal world will be only a few cutscenes, since most of your time will be spent as the outsider in the Neon world. The gameplay here is very much like a dungeon-crawler with a main hub-world. While you are in the Hub-world can speak and interact with the Dwellers of the Neon world that send you on missions into section up areas through portals.

These missions usually have you clearing out the enemies and save areas and smaller sections. While exploring a given area, you will find checkpoints that will heal you and also create a brand new respawn point for the next time you die. Occasionally you will find yourself in sectioned out areas are surrounded by flames. These are much more closed-in quarters that you fight waves of enemies before being able to freely move around in the dungeon again. Ultimately you want to clear the dungeon of enemies and retrieve a list of items that one of the neon dwellers tells you to get so that you can open the door that leads to the final boss for that area. This level setup pretty much repeats itself for all five worlds creating the main game the Phantom Trigger. 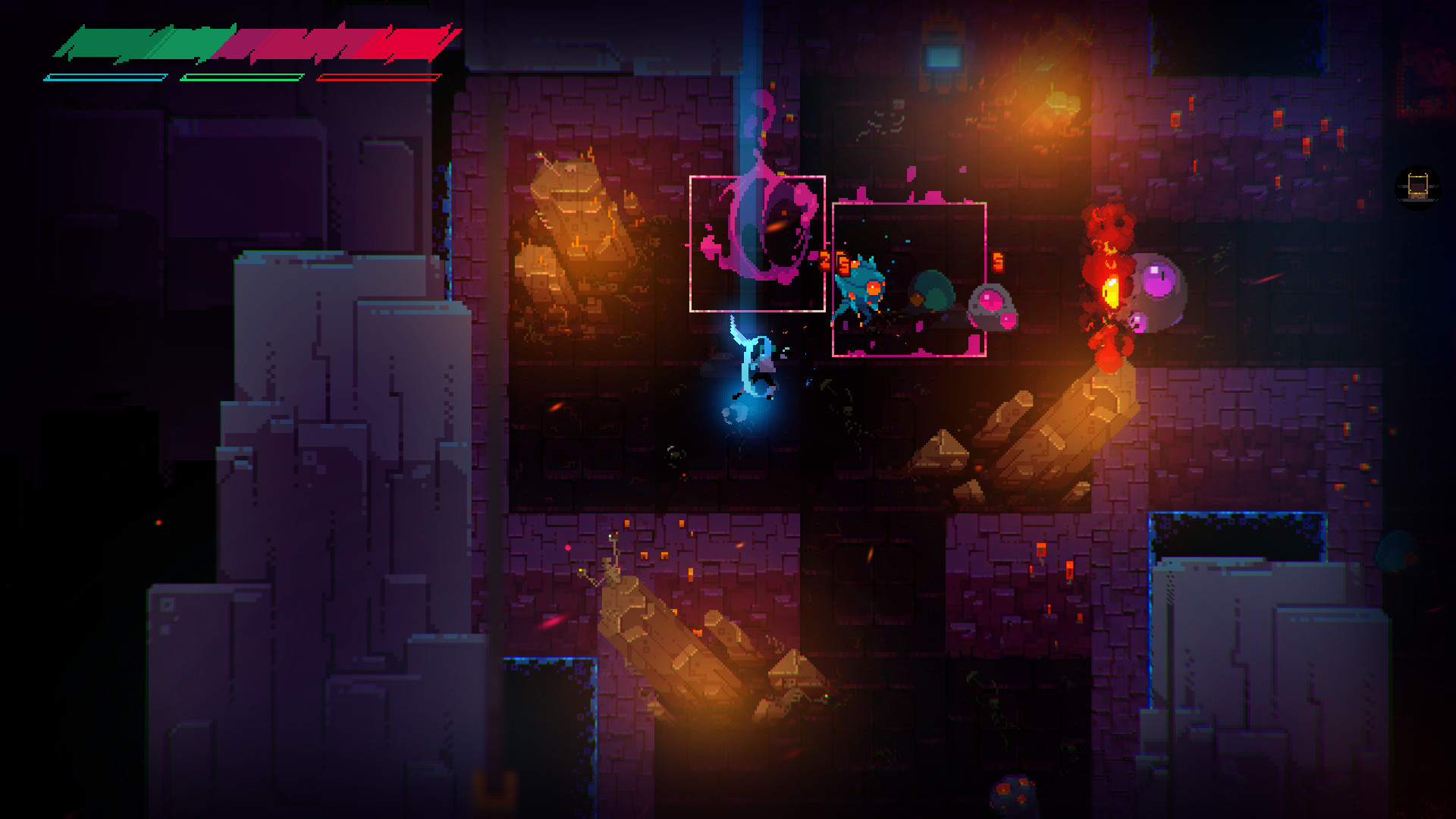 In these worlds, there are quite smaller enemies that you will fight against with your different types of weapons that you will earn over time. In total, you will get about three weapons,  and a dash ability and as you fight these enemies you can earn xp and upgrade your attacks. As these moves are upgraded you can execute combos with them to slay your enemies and even create brand new attacks that combine both types of attacks. This mechanic is a great implementation, and brand-new moves are really cool, like a fire ring that protects you or a freeze-ray that freezes enemies in place. The combat mechanic is really fun and more complex than you think. 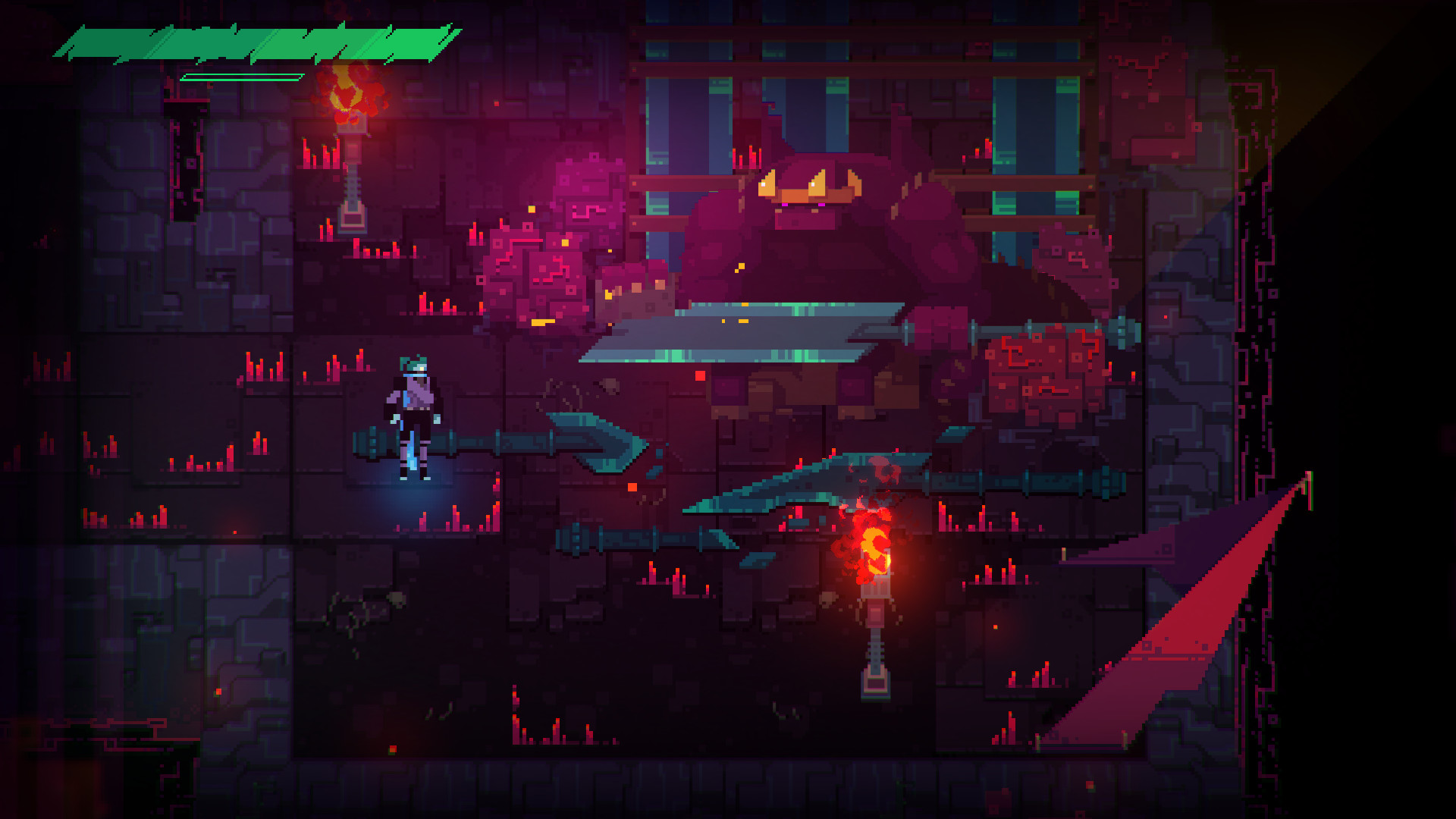 The enemies are pretty challenging although they are quite repetitive in design. For the most part, the smaller area enemies will just be variations of 3 to 4 types of enemies, and the variations are just element based. Certain scenarios will give the enemies invincibility, that unless you hit them with the right attack they pretty much living forever and that invincibility rotates every so often to a different type of attack adding on to the challenge of the level. We would love to see you more enemy type variations for the dungeons. Other than just the colour palette changes that are critical element based variations. Though we won’t lie and say that the game is not challenging enough. They definitely put up a fight. 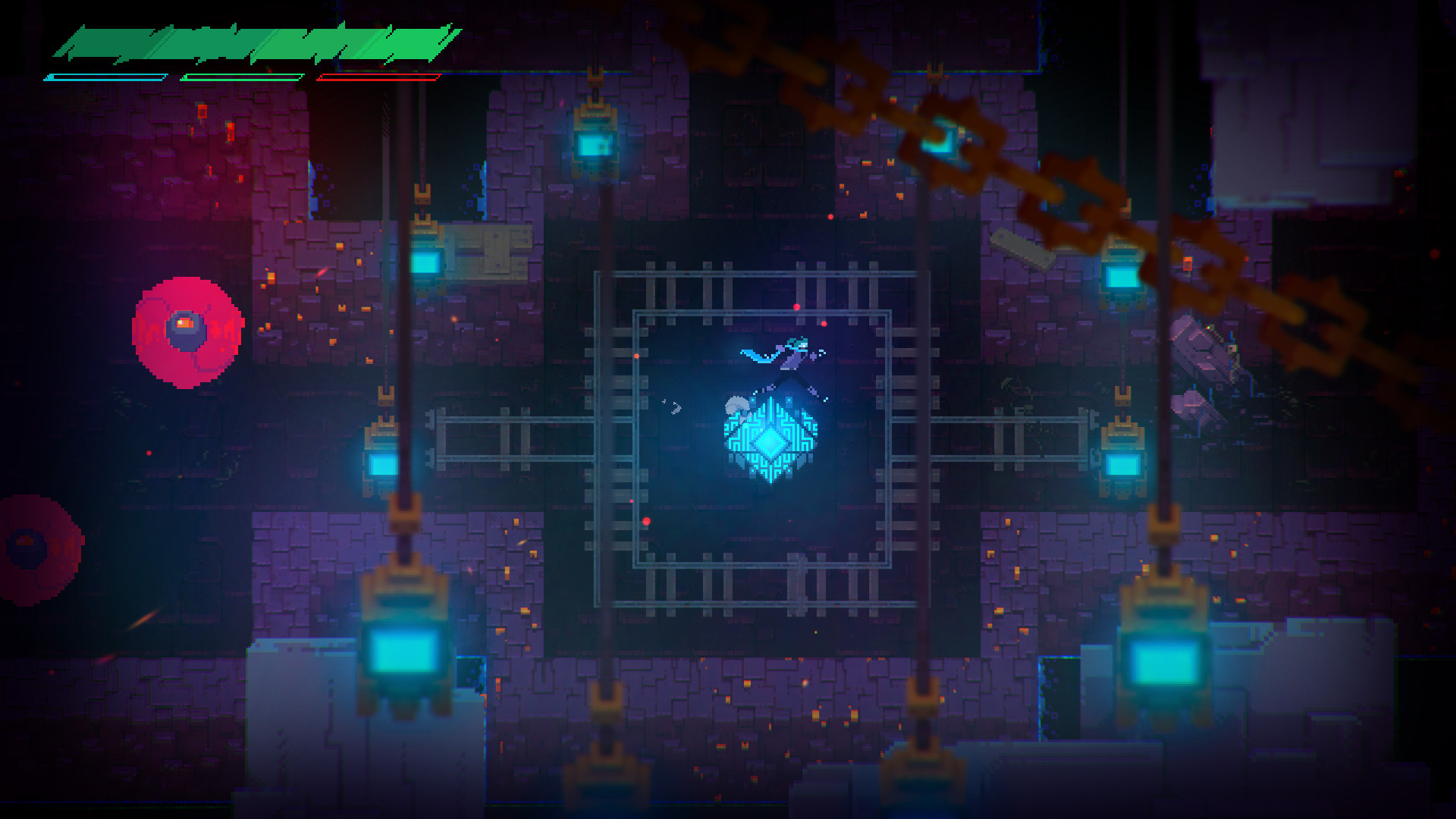 The boss fights are much better, each being uniquely designed and given you a brand-new experience every time you find the boss. Each boss has a specific way to be defeated. So, in itself, a boss-fights are almost like a puzzle. So overall the gameplay feels solid, especially in the combat department with our main grief being pretty much the lacking enemy variations and no real use of the JoyCon rumble on the Nintendo switch at all is a huge miss. Although we do appreciate that you can play the story mode in co-op mode with a friend locally. Even if you have only one Nintendo switch you can play with a single JoyCon for you and one for your friend sharing a single health bar altogether.

The visuals of Phantom Trigger looks like “Hyperlight Drifter” although gameplay-wise Phantom Trigger feels like its very own thing. If you are playing on PC you get some really nice looking particle effects, especially with the glowing lights and the flame torches, which all look really beautiful along with the 1080P 60fps visuals on PC and it all meshes together well though sadly if you are playing on PC you don’t really get any customization features for display settings. 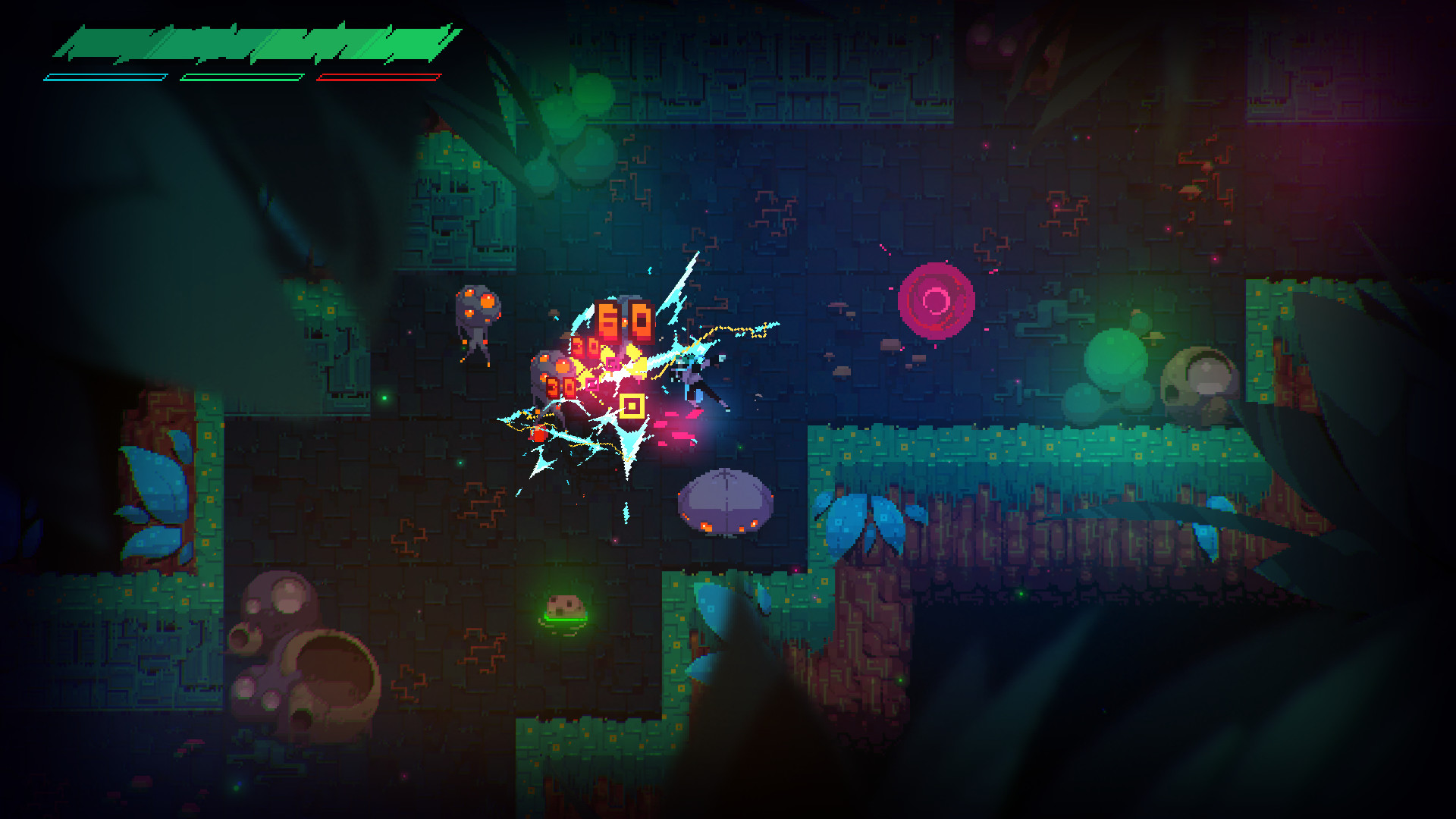 On the Nintendo switch to look at the game is still hitting 60 FPS but it has a lower resolution that’s  720 P in handheld and 900 P docked and definitely looks a bit less detailed than a 1080 P of the PC version. Luckily that low res is really only for the docked version, it is really hard to tell if you’re playing in portable mode since the smaller screen size works better with the pixel density and the art style. also, on the Switch version, there is a slight stutter when hitting a checkpoint, though it never really hinders the gameplay at all. It is just a small issue that may be fixed with an update. 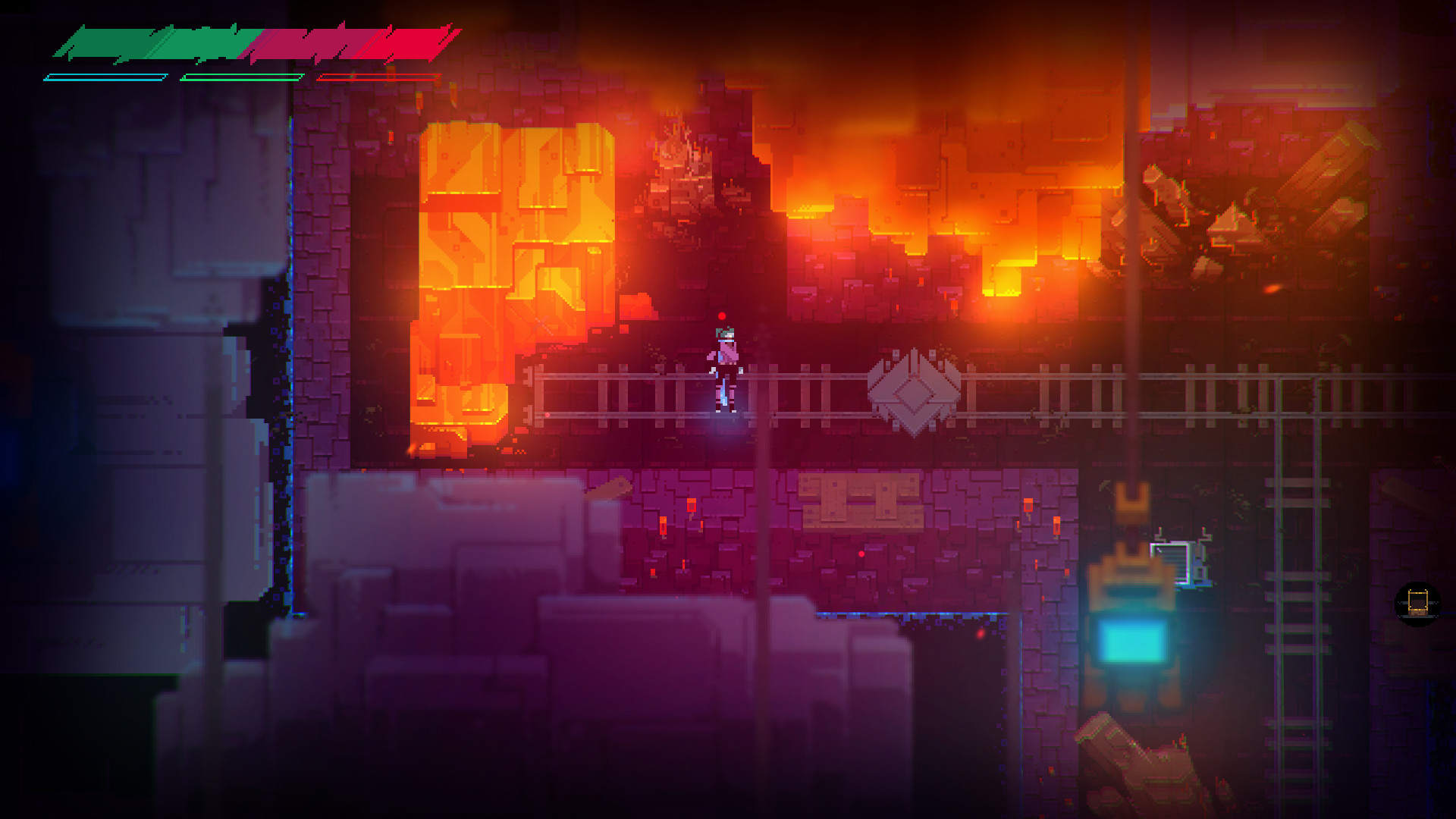 The sound department features a lot of techno and electronic heavy music that totally contributes to the whole cyberpunk aesthetic that this game. The sound effects of something like a lightsaber activating every time you do an attack or just an electronic piano key during the dialogue conversations, it all just truly captures that futuristic feeling that this game is trying to present itself, and it really is well done. 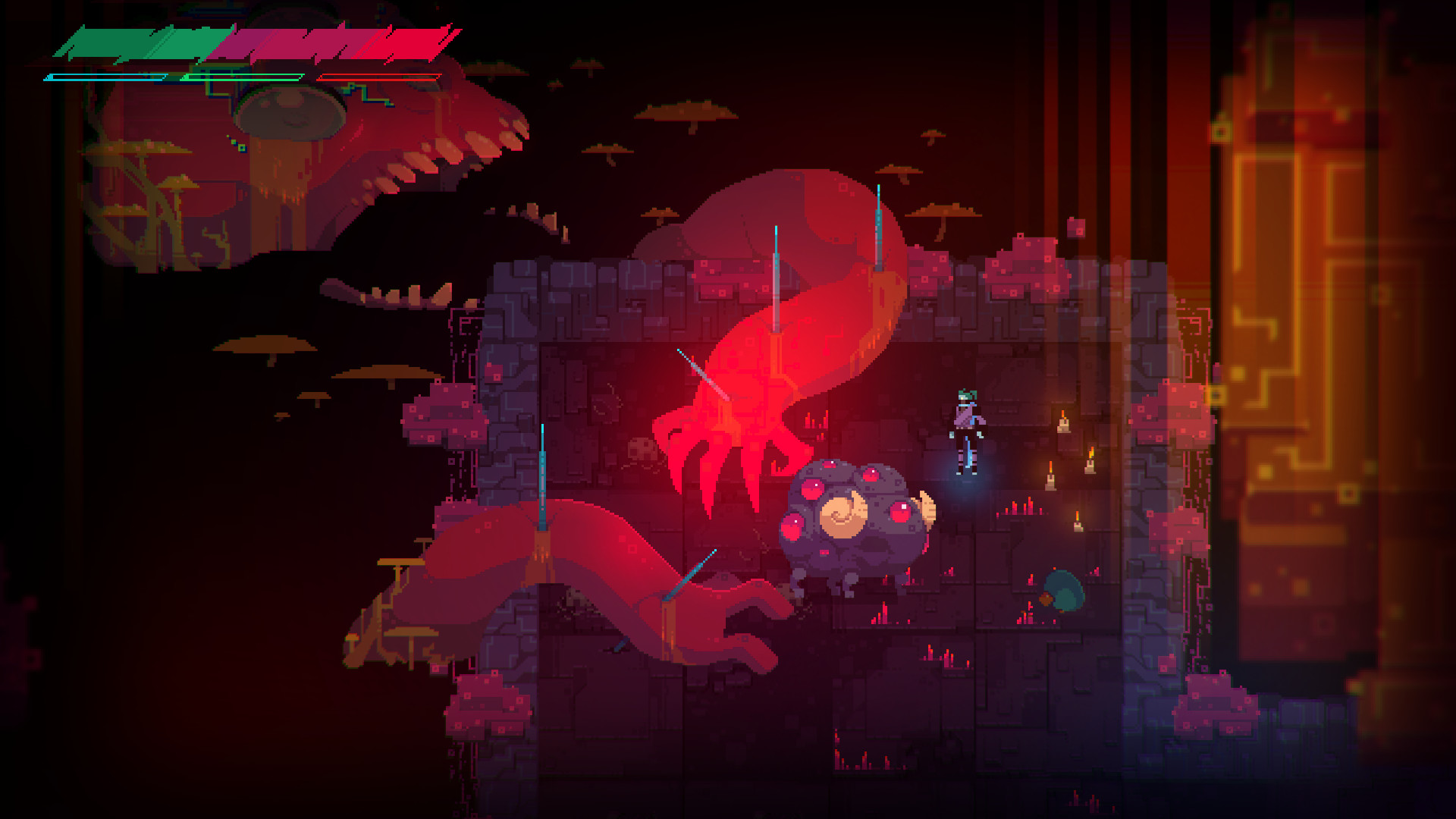 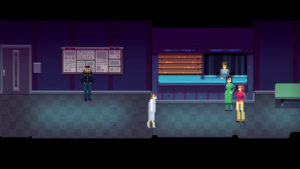 In the end, Phantom Trigger gives us a six-hour story that you can play all alone or with a friend locally, if you want to play co-op. The gameplay is fun and challenging, though it can be really repetitive in design and with the enemy types. Even though it does look like Hyperlight Drifter, Phantom Trigger plays differently and it definitely feels completely unique despite looking similar. The mediocre story along with the repetitive gameplay makes it a hard sell at the $15 price tag. It is an enjoyable game in some regard, but we don’t think it’s worth picking up at $15. You may want to hold off until this game was on sale for about $10 or less.