Poncho is a small robot which is wearing indeed a red poncho. After a brief introductory cinematic that gives us some idea about story, the game start by teaching the basics; modular jumps and the ability to move back and forth in depth planes scenarios. If you are big on platformers these game mechanics will remind you FEZ or Super Paper Mario, along with others who have used this aspects as a design resource.


The game levels are completely open , so that the player explores at ease moving left or right, back and forth, as you wish. The ultimate goal is to reach a teleportation device, which takes you to a map screen where other worlds will unlocked. In addition, there are no enemies that you must confront. There are plenty of characters populating the spaces, but all are friendly; some are silent, others tell us your thoughts or any clues about what is happening.

If you fall or a change in the level causes Poncho to crash, the spawn is immediate to the nearest point. And here comes one of the most broken mechanic of the game, the spawn system is automated and does not always work as it should. The same appears at other parts of the game, which in its status does not provide open world with infinite possibilities resolution. For example, you’ve been climbing to the top of a structure and suddenly you fall on the side. You can not back up because all you have activated already moved such a as solid ground that supposed to be there is no longer there and this puts you in an infinite loop, so you have to start from scratch 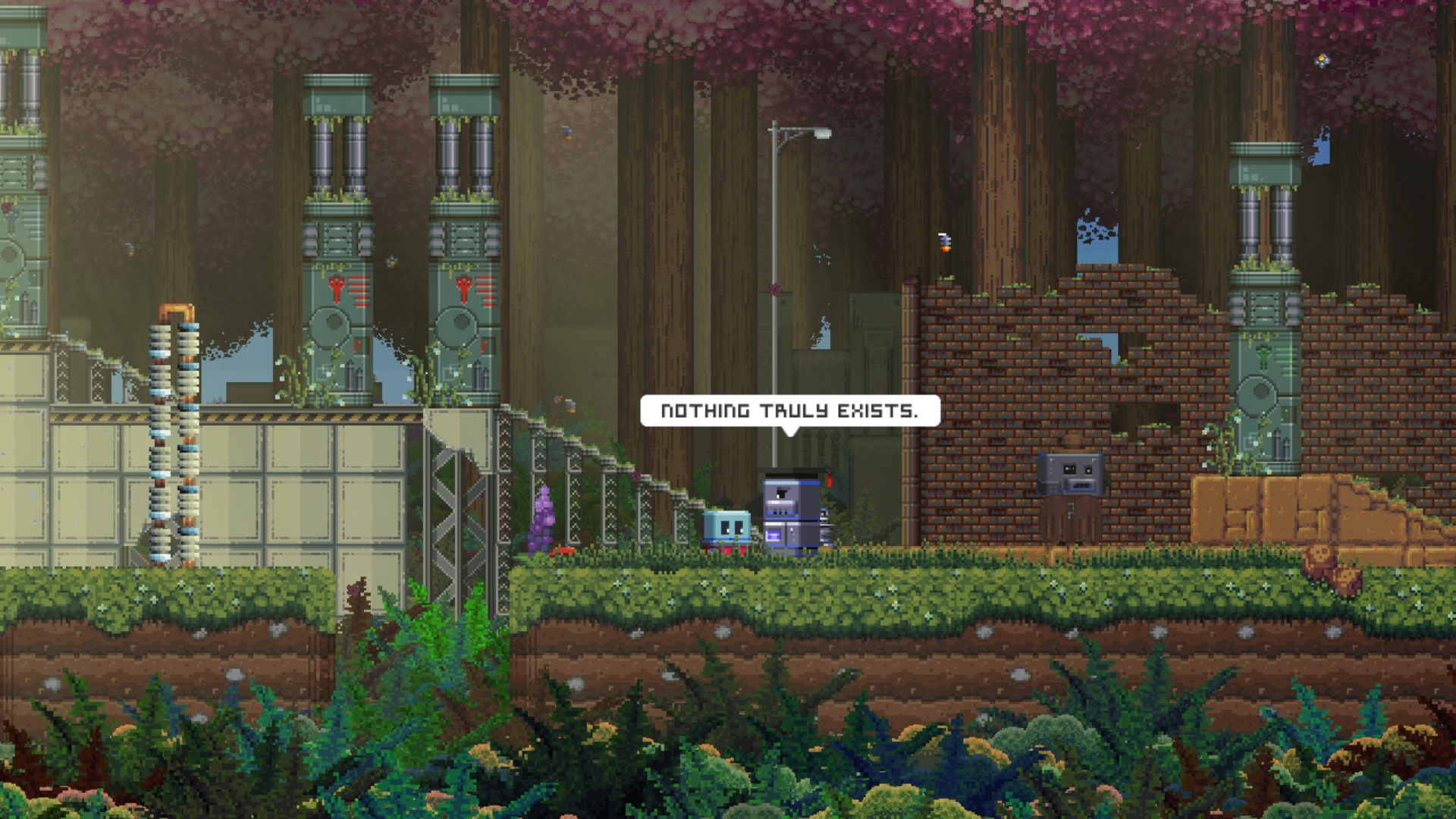 Throughout the adventure we will find two types of collectibles. Red gems and, the keys of different colors. Gems serve to buy more keys to a particular character, as these are used to advance through new paths blocked by doors. Later in the game we acquire two additional powers , ground slam and an ability to fix broken robots. There are optional side mission in the game, with its own rewards, but does not have a definite end and, like some other aspects, feels that the game design is not perfect.