After a short delay, RIVE is finally out, and it’s a very good game in its genre, an adventure that will be a delight for the fans. The story of the title is not that deep, as often happens with this type of games. The protagonist of this sci – fi adventure is Roughshot, a space hustler who becomes trapped in an inhospitable space and you need to escape from a legion of robots and to a certain location.


You control a small ship that has great maneuverability, and many abilities have hidden up it’s sleeve, at least if we are upgrading it as we go to see its worth later. Gameplay is far from being monotonous or blurred; it is wonderful especially for those who loves hardcore and action games in 2D.

From the first mission, you will see what developers tried to recreate, and you will love it. Because it is difficult to find similar examples in the industry anymore. Titles like these disappearing,  what happens with RIVE, this maybe last and the best of it’s kind. RIVE is a side-scrolling platformer, shooter, and in a 2D space. The movement mechanics reminds titles such as Gradius, Rendering Ranger R2, and even Metroid. 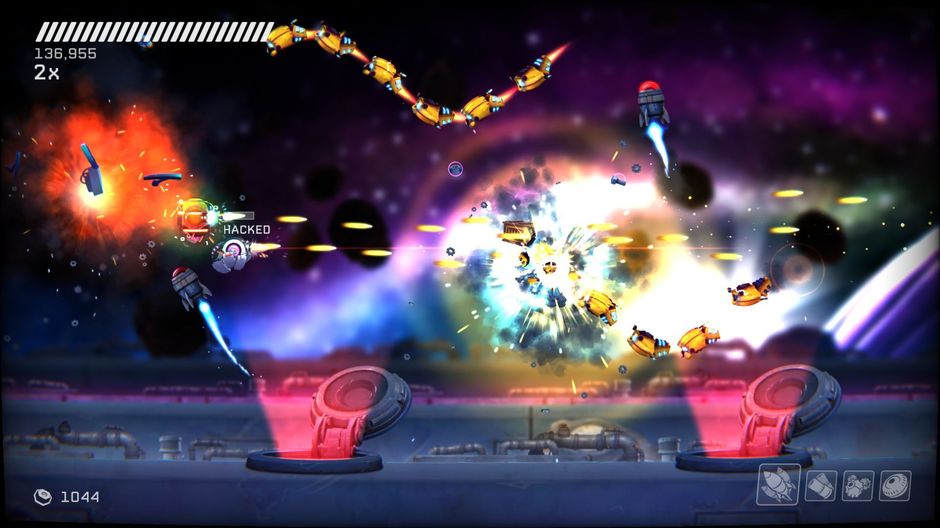 But far from being a clone of the mentioned titles, the fact is that RIVE has it’s own great personality and, more importantly, amazingly high levels of fun. Campaign mode can only be enjoyed in Hard mode if you want to get the full experience, which is also a statement by the creators of this great title. Campaign mode takes 5 to 6 hours to beat, where you will face a variety of situations which is very rare to be found in the genre, we totally appreciate the offer and believe that you will too.

The greatest part of RIVE is the fact of not knowing what is going to happen at the next level. As we mentioned, just start playing the title and during the introduction, you will face dozens of asteroids next you will continue in a totally different section that presents the classic ingredients of 2D action games, dodging many shots, and the occasional jump. But there is more. The game has the chameleon -like ability to transform gameplay surprisingly, like at one moment you find yourself in a bullet hell frantically dodging each shot and then suddenly forced to form a race plan where you must escape a river of melting lava.

And this is just one scenario out of many other ingredients, such as the possibility of improving the capacity of our ship. Using the remains left behind by our rivals could give us extra armor to our aircraft as well sd missiles will be great for offensive upgrades, downloads, pumps and others. And moreover it is also necessary to address platformer sections, bosses and, most striking of all, it is also possible to use the hack tool to use against drones or gun turrets healing that will accompany us wherever we go.

Despite the offensive and defensive power, RIVE is a truly difficult title that will make you rage quit to overcome some of its most complicated areas. But it is also fair game, not frustrating at all times, and also gives enough checkpoints. 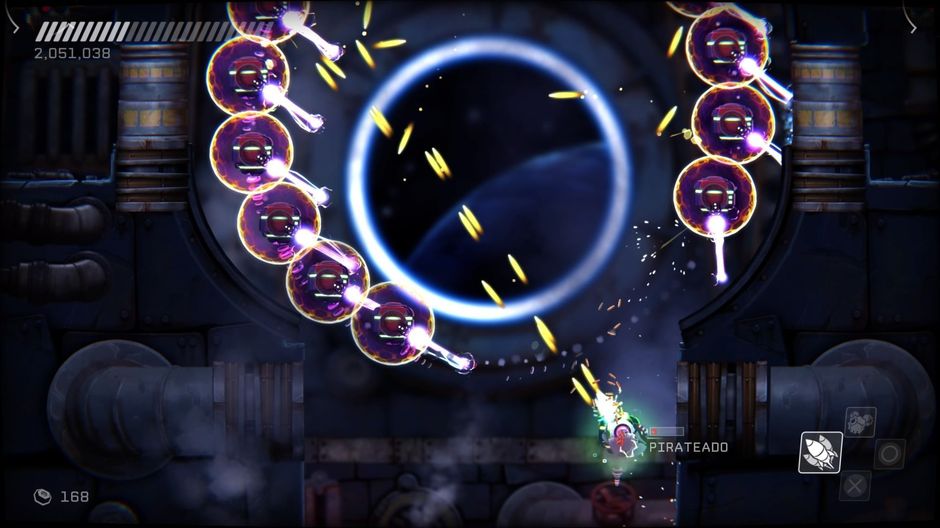 Fortunately, the control system is exceptional and very precise, so guiding your ship is a delight. It is true that at first, it is necessary to get used to certain things like having to jump using one of the triggers of command or shooting with the stick right on plan twin stick shooter. But once you get the hang of it, everything goes smoothly.

The only downside of the whole package is short. It is possible to finish it in one sitting, but fortunately, once you complete the adventure lies ahead several other extras. Online leaderboard to compare our scores with our friends and other users, and several other additional game modes.

Tons of fun of a shoot’em up classic and a frantic pace is what lies ahead, which give values to this very remarkable production. 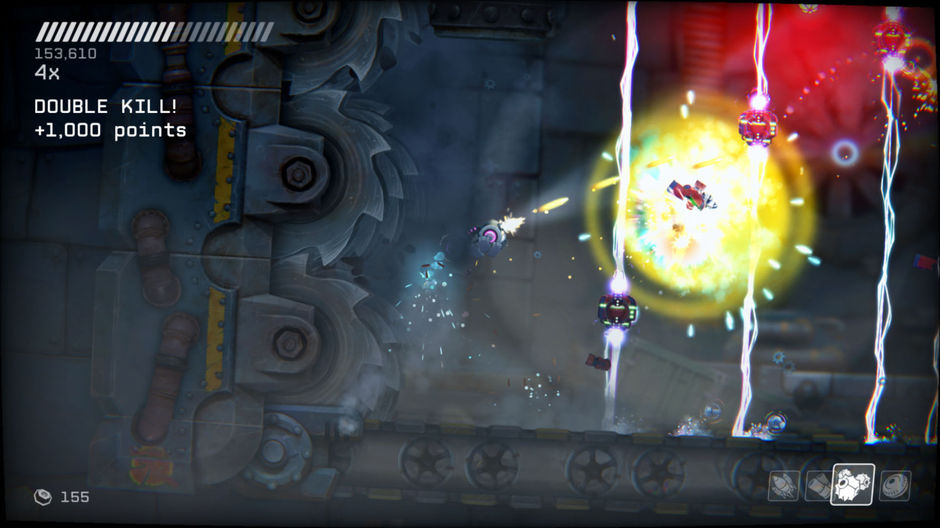 Graphically speaking it offers 60 frames per second and an attractive atmosphere that has managed to capture the spirit of the genre. Fancy effects are added, good design for enemies (especially for some bosses) and stage elements made with a high level of detail. The sound effects are also well made, with a very vibrant soundtrack.

Two Tribes has done a great classic action game, easy to say RIVE is their best work to date. It is a 2D shooter that offers a variety of diverse and well-recreated situations. It is also a challenging title, so be prepared to have your abilities tested. Short but intense and definitely a must-buy for experienced gamers.

Streamer Claims He Has Leaked Copies of Modern Warfare, Selling Them for $250 a Piece
October 19, 2019