République finally hits to the consoles with the last chapter. A unique stealth game that is set in an exciting dystopia.

République is a stealth game. You are the target but along the way you meet characters who will be helping us and characters that are against us, further on you will deal with political and social issues that are mixed with science fiction, fanaticisms and armed forces in the hands of dangerous people. The revolution comes in the form of hackers able to exploit the vulnerability of technology and enter the system.


Hope begins completely helpless and survives thanks to the support she receives from outside. Surveillance cameras can be controlled by hacking into them to control these devices and move from one room to another and explore entire buildings. Meanwhile, the girl stays hidden in a safe place. Time pauses during navigation between cameras, analyzing documents or study the profile of each guard, so in a way République is a mix of stealth and puzzle instead of the usual combination of stealth over action. There are a handful of tests to solve, which are not very difficult. 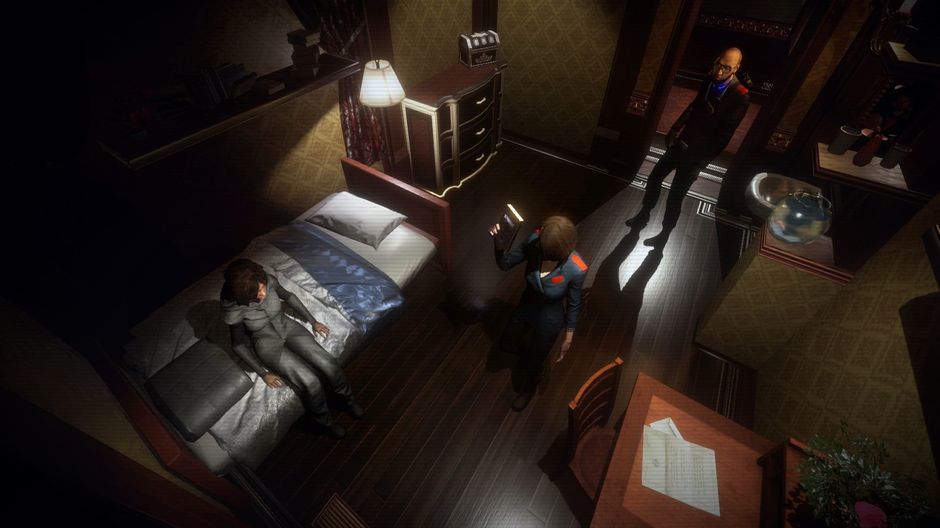 With the vision of the hacker, you can do more than you might think. Not only control the situation from multiple angles but also, you can open and close doors or control several electronic devices. Once you get to checkpoints you can upgrade your skills; there are entries with higher levels that won’t be accessible And you must first install software to have access at some point. Speaking of locked doors, to interact with individual elements of setting an expenditure of energy is needed, and to recharge your phone battery, you must pass through special rooms which are checkpoints.

You can buy skills such as giving you the advantage of seeing the default path of enemies, get their attention by triggering alarms, eavesdrop on their conversations, read mail, able to see behind walls and so forth. They are acquired with points you get by reading newspaper clippings and scan data. You can also have trophies and achievements associated with this research, but sometimes rewards can be very rare and attractive that will make you look in every corner to achieve them. Watching the difference in controlling comparing The PlayStation 4, the PC version or mobile, it seems that it feels more natural controlling the screen through the console itself.