During the 90s, the development of Street Fighter gave way to a whole generation of fighting games, it was developed by Capcom and  Fatal Fury, a series created by the folks at SNK and by some of the minds behind the first SF. These folks marked the revolution of the fighting genre in SNK, a company that would come to focus especially on this genre with series such as Art of Fighting, Samurai Shodown, and of course, The King of Fighters,  which was along with the series starring  Ryu and Ken the most successful Japanese fighting franchise in 2D. SNK’s financial problems, coupled with the decline in arcade games,  led to an agreement with Capcom at the end of the 90s … Which at first was only limited to the production of titles for Neo Geo Pocket,  SNK’s portable console.


And after the release of a card game ( SNK Vs. Capcom: Card Fighters Clash, which was the first official crossover between both companies), the first 2D fighting title that brought Ryu together finally saw the light in 1999. Guile and company with figures of the stature of Terry Bogard or Haohmaru,  SNK Vs. Capcom: The Match of the Millennium. However, the fact that this was released for a handheld console rather than a desktop or arcade, making use of just two-movement buttons and somewhat simplified combos And, despite this … The title ended up becoming a cult work due to its unmatched quality, being an essential of the SNK’s handheld and being released on more systems. Following its strategy of launching some of the most iconic Neo Geo Pocket titles on Switch, this time, it was the turn of the definitive portable crossover. How has this adaptation been carried out? Is it still a fun game to this day? And why does it put Capcom in the title if almost all the characters are from Street Fighter? 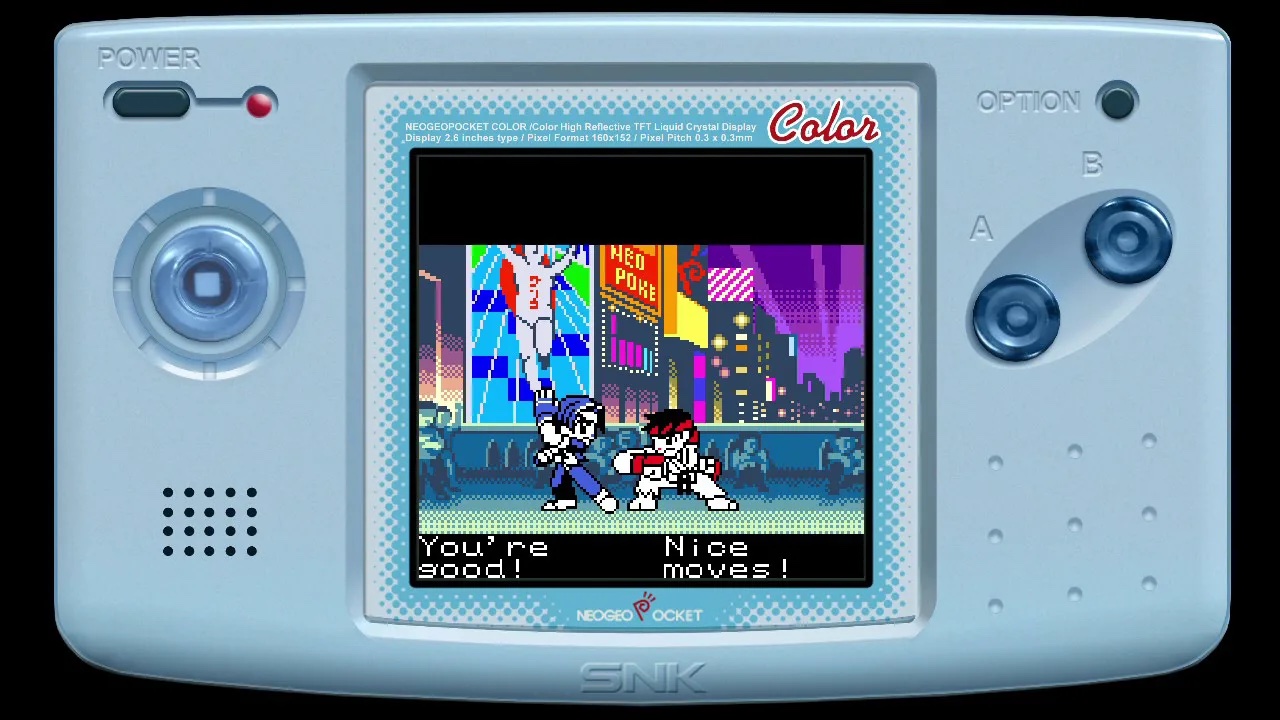 The combat of the millennium

When analyzing  SNK Vs. Capcom: The Match of the Millennium, the first thing that should be noted is whether the title has been perfectly adapted to its original version. And we could say that everything has been adapted correctly, except if we look at the available game modes since there have been some functions and some mode that has been altered or directly eliminated due to the lack of unique elements of the portable console. Of course, other issues such as local multiplayer (for which two consoles were needed) have been very well resolved by simulating the existence of a second console that the second player controls with his command. That said, the title has the main game modes, from the arcade with its short, simple and great story, lastly, the vs. mode, where we can play against a friend, or even the Olimpic mode, where we can face a series of tests ranging from classic 1-hit KO matches, endurance tests and even more original minigames like a shooter related to Metal Slug or a platformer related to Ghost ‘n’ Goblins. Not only are they quite fun and creative, but they help bring more variety to the title, and more franchises from these two great companies are represented. It is a varied and entertaining game, which is surprising considering that it was released for a handheld console.

About the arcade mode, as mentioned before, this acts as a kind of story mode, something already quite common in SNK fighting titles, introducing cinematics and dialogues between each combat. Depending on the character we choose, some fights will vary, especially the fourth of each game, since the rival we face will depend on the character we have chosen since he will fight against his rival. Although there are minor changes, how quickly this mode is completed and that completing it with multiple characters can unlock new characters makes it interesting and addictive to play at all times. Of course, its difficulty is somewhat high, especially during the final sections.

Turning fully to the combat system, it is surprising how many options there are when it comes to fighting. Thus, we can choose between three types of combat according to its conception; that is, there will be an SNK- style loading bar, a Capcom- style level meter, or a neutral system. In duos or in teams of three, we can also choose to fight alone in the purest KoF style, also changing character in the middle of combat. We have two attack buttons for the combat itself, one for punches and another for kicks. Depending on the intensity with which we press the button, the character will perform strong or weak blows, and like arcade and desktop titles, we have button combinations to perform special attacks. The system is not as complex as that of other titles, but it is not that simple either. It’s a middle ground, and it’s delightful and entertaining. Don’t expect something as deep as the KoF or the GG, but it’s still a lot of fun to play both alone and with friends. Could it be deeper? Maybe, but boy, in his simplicity, he’s very creative and decent. 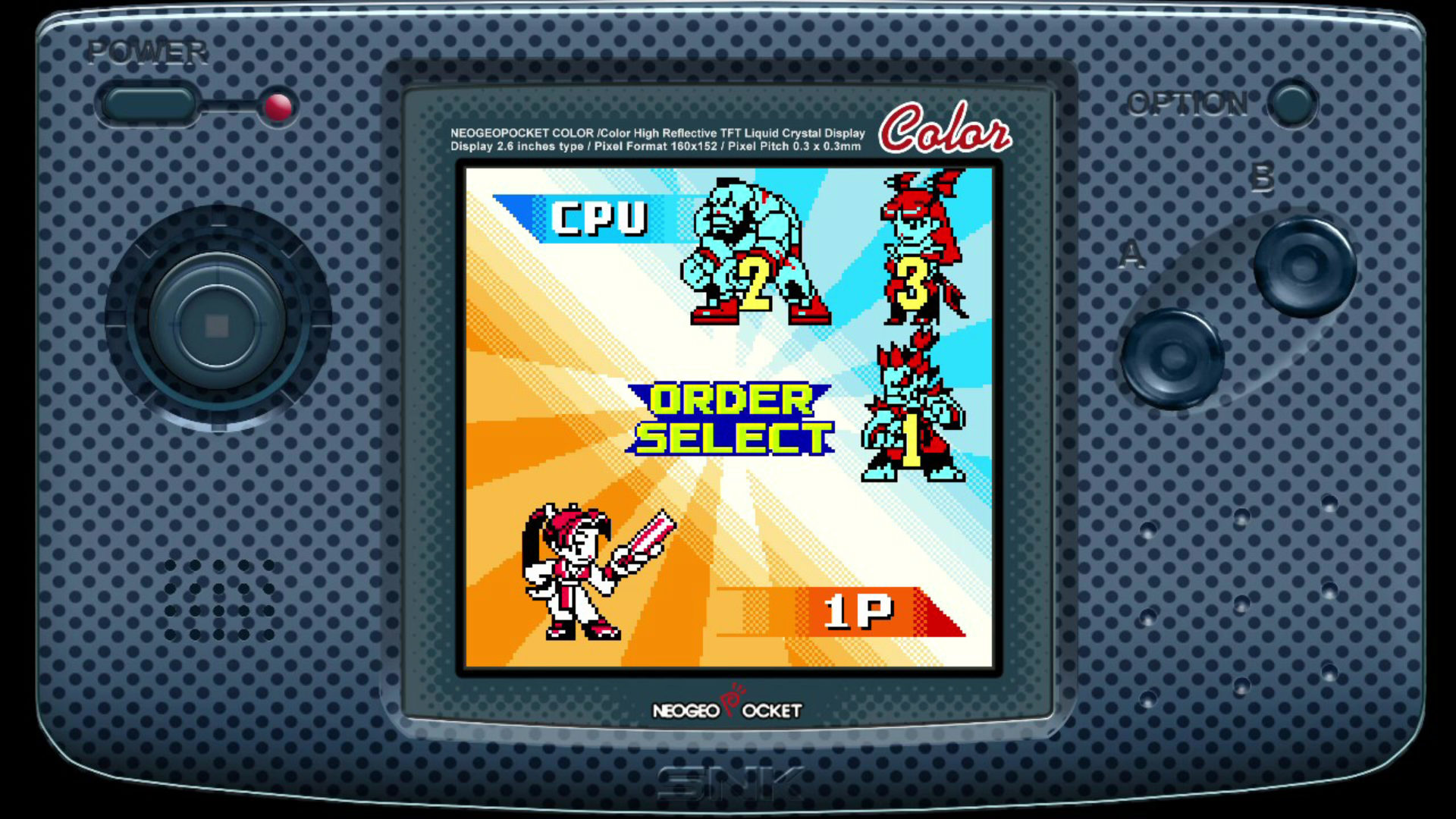 For this reason, I would not say that it is a game suitable for everyone. Those looking for a competitive game to train, something close to e-sport, will not find any of that here, as this is more of a game made for fans of both franchises, for all those who have enjoyed SF and KoF. It’s an incredible historical curiosity and a very decent crossover, fun but not competitive at all.

From Neo-Geo to Switch

Regarding the adaptation of the title to the Nintendo console, as I mentioned in the first section of our review, despite the elimination of certain features and functions, the game has moved sensationally, adding some details such as the inclusion of a good number of frames that simulate various types of Neo Geo Pocket or the possibility of going back a few seconds to avoid attacks or repeat plays (be careful with rage quit), in addition to the fact that the title includes, in the original version, the game manual, which I found a very nice and remarkable detail. The game looks perfect, the pixel-art looks sharp and crisp, and the chibi characters featured in the title are nice to see in motion. 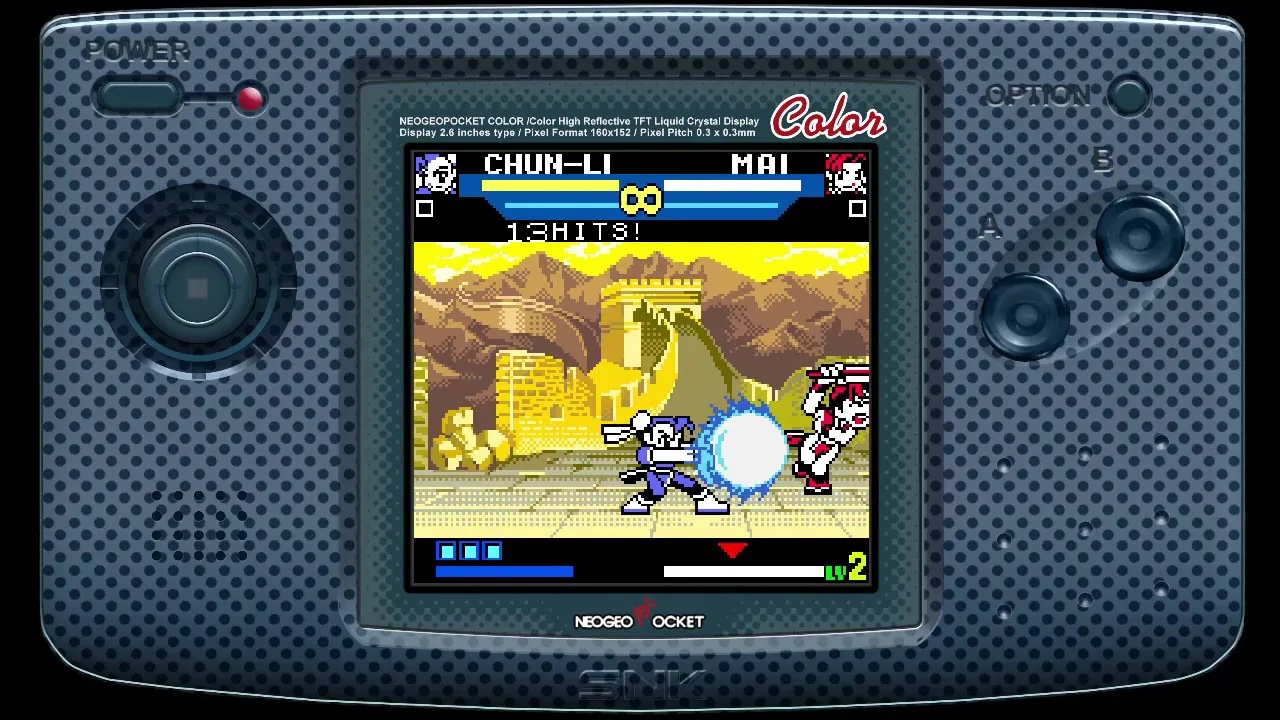 Regarding the music, the original’s compositions are kept, 8-bit versions of the themes of different SNK and Capcom games such as Street Fighter 2, Samurai Shodown 2, KoF ’97, among others. The quality is not the best, but they are good versions of great songs.

SNK Vs. Capcom: The Match of the Millennium lands on Nintendo Switch with a sensational version that, even though we cannot play the game in full screen and loses some functions and compatibility, it shines as the definitive version to play the title. It is not a game for everyone or for players looking for a competitive game because this is the adaptation of a classic title and it is a unique feat and an extraordinary event in video games’ history. I am sure that lovers of fighting games will enjoy this game very much,  it is well worth every penny.