Transformers are returning with a great action game that proudly wears the hallmark of PlatinumGames.

The eternal conflict between Autobots and Decepticons

The first thing to say is that we have a hack and slash that follows the formula of PlatinumGames to the letter, with all the good that entails . Therefore, its development, summarized in a simple and concise form, is based in advance by roughly linear scenarios (although with nuances, as we will discuss later) while we stick cake with everything that we put in front.

His story is simple but is surprisingly entertaining, keeping all the charm of the license and the scripts of his comics . In fact, the game does not mince words and nothing more we give to start a new game and we’ll put straight into a scene where Megatron, the fearsome leader of the Decepticons said he found “something” under a city, so all his army is besieging while the Autobots struggle to prevent their eternal enemies reach your goal. 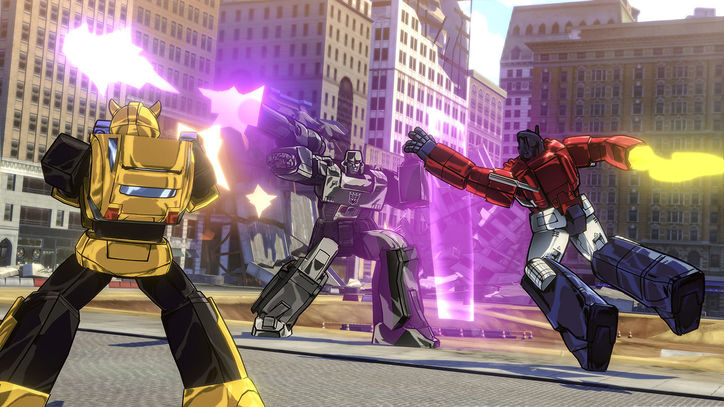 The story is very entertaining despite its simplicity. After all, who doesn’t like to witness a duel between Megatron and Optimus Prime?!

From there a script that will return us directly to our childhoods to make us enjoy as when we spent the evening watching television during snack time watching the epic struggles of these robots is developed. Very simple, but effective and all the charisma of its characters intact (much eye to recreation that has made ​​the G1 Grimlock). Here we would also highlight the fact that this is the prologue of Prime Wars Trilogy (being more specific, the prequel to the first chapter: The Combiner Wars) , a gigantic project to unify Hasbro comics, games, and toys in a series unique history transmedia that will last three to four years.

A playable level we have a combat system based on the combination of two buttons , which allows us to make a lot of pretty spectacular combos from minute one, even dominate all its mechanical perfection is something that will take us our good times game. Also, combinations vary considerably depending on the weapon you have equipped and at certain times of the sequence of blows see how our character emits a blue flash, indicating they can press the button for a transformed dodging attack, a move that often serve to restart the combo and start punish our opponents with a new one. 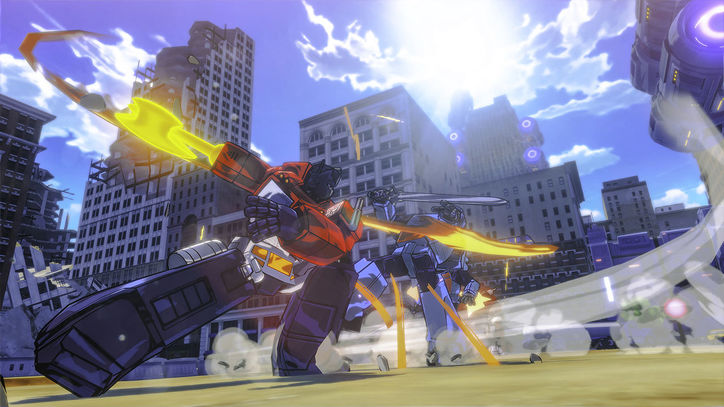 As mentioned button elusive, we must emphasize the tremendous importance as well as for processed beats and change shape to hold down also serve to activate the focus mode. If dodged a fair blow at the time in which it will impact us, we will see how time will slow down around us , allowing the Decepticons attack without defend themselves. This is one of the big keys to the game, because it will force us to learn us the attacks of rivals and gives much dynamism to the action.And I advised that with the amount of enemies on screen and is usually the wide variety of attacks at their disposal, it will take you a while to learn to dodge perfection.