Five years ago Digital Reality and Grasshopper Manufacture rescued one of those genres that have long been forgotten, the shoot’em up. Sine Mora was launched on Xbox 360, PlayStation 3, PC and PS Vita, and a little later on mobile devices. Now, publisher THQ Nordic brings Sine Mora Ex back for current generation platforms along with some editions.


Like the original, it uses the classic basis of the genre and adorns it with a rather remarkable graphic aspect; Not impressive – sometimes a more personal artistic touch is missing, but technically it is easily one of the most colorful games of the genre that there is at the moment, taking advantage of the 3D graphics to show the beauty of the scenarios, changes of orientation -the eye-rotation, the imposing size of the heads and variety of environments, by the air and even under the sea.

Sine Mora Ex is cataloged in the type bullet hell, which means that in many moments the screen is filled with a shower of shots with small gaps between which to sneak. Too complicated? A skill allows you to slow down the action for a few moments to make it easier to dodge missiles. This “hell of bullets” is at least with the bosses, because the rest of the levels do not abuse these shots so much and are more traditional: shoot the enemies, avoid dangers in the limits of the caverns -rays, and Collect enhancers. 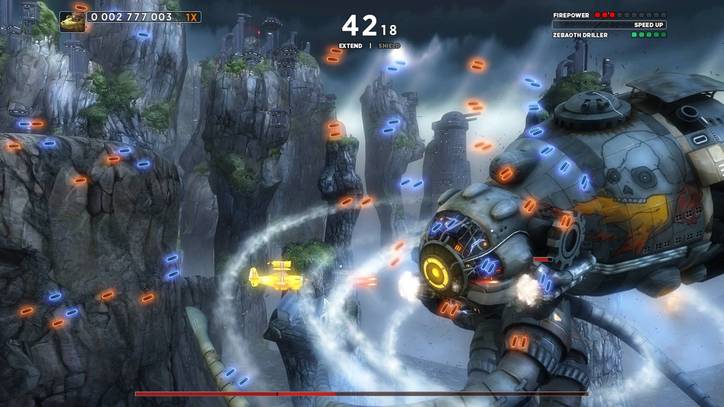 We have two types of weapons. The main one can be improved with items that appear on the screen and destroying enemy ships, but when beaten they are detached from our vehicle; Depending on the situation, you can recover them quickly, or you will lose some, backing in your offensive power. The secondary is much more powerful and able to sweep areas of the screen, although its use is limited. The scoring system takes into account the number of consecutive deaths, and its multiplier ceases with the use of the time skill or secondary weapon.

The most original feature of Sine Mora and its Ex version is the importance of the stopwatch. There is no system that indicates the number of times we can be hit, but these errors accelerate more the countdown that, when reaching zero, ends with one of our lives. The way to delay this end is, logically, eliminate enemies or obtain some items. The difficulty is very tight, in the normal mode you will suffer in some specific points, but never enough to leave the game abandoned. It fits well for novice and experienced users. 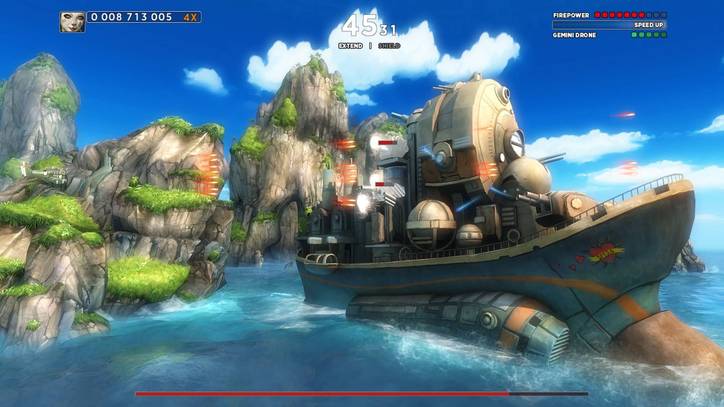 New improvements have been made to Sine Mora’s base, for example, graphics. Now it still looks more spectacular – reduces the blur in the background, better lighting – and more resolution, up to 4K native on PS4 Pro and PC. Also, the screen ratio is 16: 9, the current standard on televisions – whether HD Ready, Full HD or UHD – instead of the 21: 9 that caused the black bands to appear up and down. You can enjoy Sine Mora Ex full screen.

In the section of sound, it has voices in English, besides the Hungarian of the original. As in Sine Mora, overcoming each level of the story in maximum difficulty unlocks an alternate story and with it, the true ending. 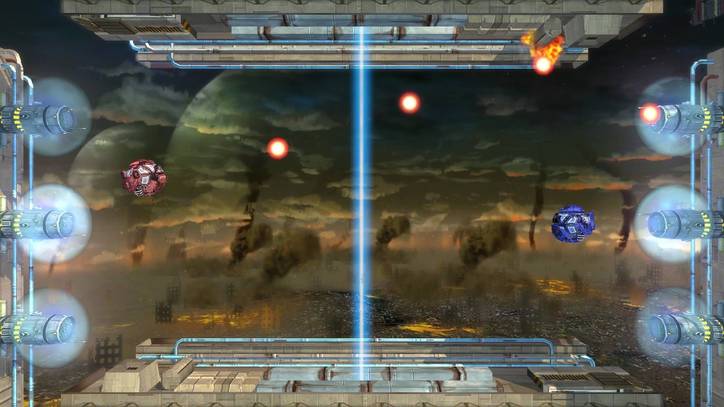 As for the modes we find some news. One is the local cooperative for two players in story mode, much demanded in the release of Sine Mora. It may not make it a completely new experience, but if you liked the original, it can serve as an excuse for a new game. Here a player controls the ship, and the copilot to the rotating weapon of the Ophan sphere and a shield that is spent by use – to change the weapon stops the load of the shield -, so it adds a little strategy to the collaboration.

The arcade mode returns to focus on the action; Is like story mode but without cinematic, combining ships with pilots and new skills, and fewer continuations, 5 in normal mode and 3 in difficulty. Attack with points in exchange is a struggle to get the best record in an unlocked phase, and boss training puts us in front of the enemies we have defeated. The challenge mode is 15 skill and endurance challenges that require a specific goal. 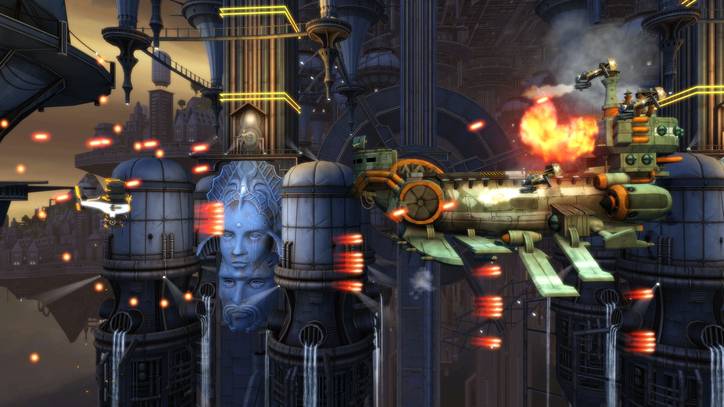 The new fighting mode consists of three minigames that face two players. They are entertaining and for short games, although they do not go beyond the simple extra competitive. The first is a face-to-face duel on a screen with a handful of floating asteroids; Another is similar, but with the split screen – you can not go to the other field – and limits that rebound the projectiles, is something like a lethal Pong where you have to protect generators in the “goals”; The third is a kind of race, the ships can not attack each other but will begin to appear other competitors that must be destroyed or dodged.

If you like the genre and for some reason, you missed the original, Sine Mora Ex is a good opportunity to be with him. The cooperative mode does not drastically change the campaign, but it will no longer be a solo experience. However, the rest of extras, such as the confrontation mode, would not justify a new acquisition alone.

Moreover, an entertaining update of the shoot’em up with a powerful graphic section, a soundtrack by Akira Yamaoka – although it is not his best work, a system of original vitality and arcade fun of which no longer Today.

We made this review with a download for the PS4 version provided by Evolve PR.