The ultimate tennis simulator returns to the track with a sequel that improves the overall experience in some areas.

A little over two years ago, Nacom brought the tennis simulators, a genre forgotten for years. Unfortunately, none have finished recovering the greatness of legendary titles like Virtua Tennis, but at least they have managed to offer an alternative for tennis fans. Now, and after the first installment, we receive the sequel to Tennis World Tour.

Tennis World Tour 2 continues its evolution by polishing and expanding its proposal and taking one more step in the complex challenge of creating a true tennis simulator. The changes compared to its predecessor are not too many, but they are quickly noticeable for those who will spend many hours playing it. Most notable and essential is the setting of the hitting and serving system.

The service system seems fantastic. When you press a button, a precision bar appears above your head, with a ball that you have to stop in the center and, if we keep it pressed, a higher indicator will appear, indicating when we have to release the button to make the serve more powerful. Simple, intuitive and effective. Of course, we have to add the aiming, which we can choose with the stick, and which determines the direction of the blow. 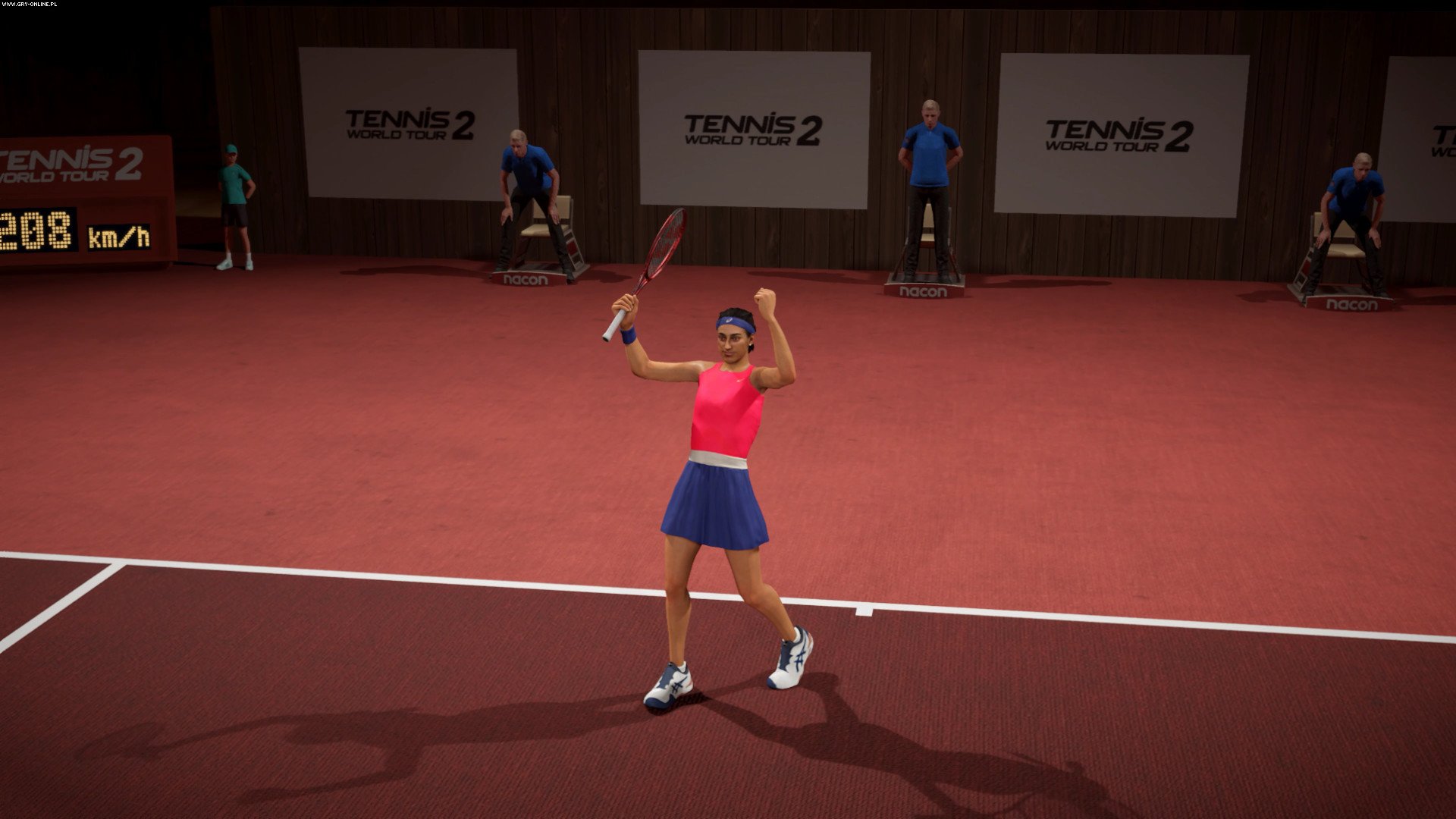 The hitting system, for its part, raises some doubts. There are two types of the blow, the strong and the precision. The first involves holding down the button to load it and releasing it just when the player is about to perform the hitting animation; the second, to give a quick touch to the button when the ball is about to bounce. The theory is good, but the execution is not, especially since it is presented quite badly. 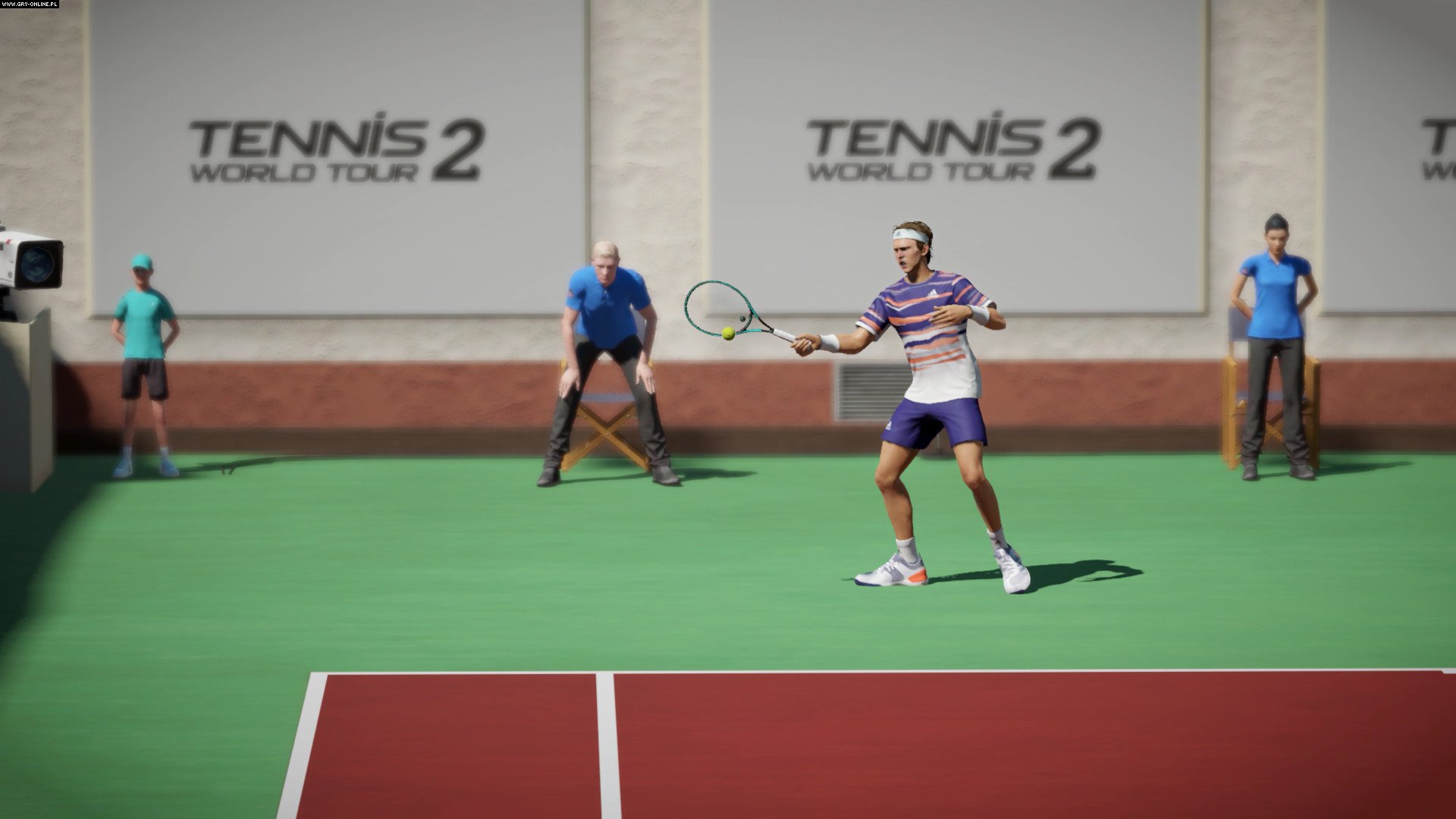 Synchronizing the fast hit with the bounce of the ball works; and no complaints there. The charged hit implies being aware of the animation of your character, making it difficult to see the opponent’s position on the track to know where to make the return, and even sometimes, our character leaves the camera and it is impossible to use the reference animation. We understand what they wanted to do, being inspired by Top Spin and, in the end, after several hours of play you get used to it, but we believe that the implementation can be improved and even with the tutorial it is still a barrier for beginners.

Tennis World Tour 2 improves on what we saw in its predecessor. The games are more dynamic, the animations have improved a lot and, in general, everything feels more fluid and less rigid, although this does not mean that there is still work to be done. It is not uncommon for our character to decide to ignore a ball, within reach, or for artificial intelligence to decide to their thing. In doubles, there is an issue that causes the two AI characters to jump on the net and pass the ball to each other at lightning speed, and you can’t do anything until one fails. 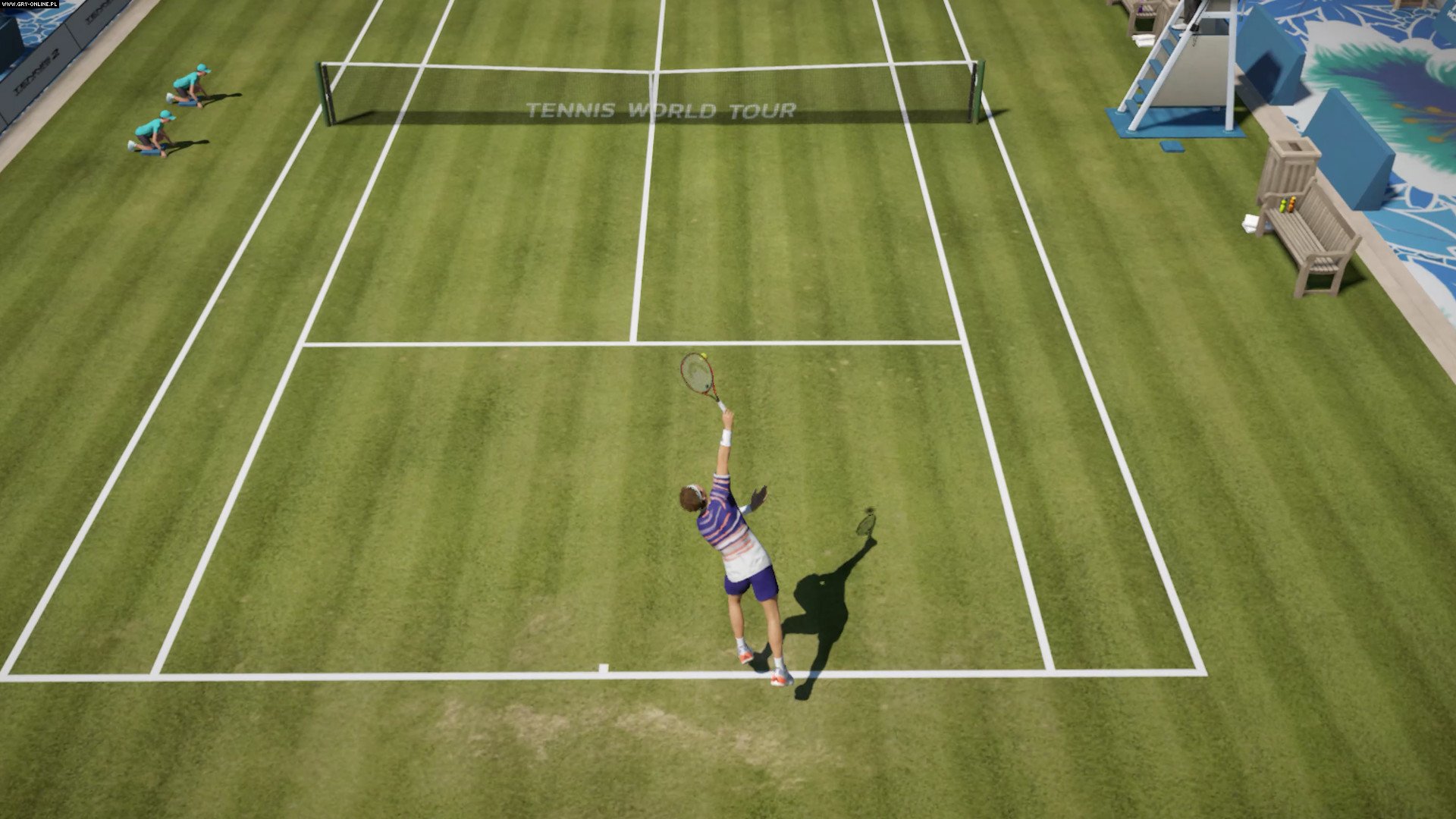 The original card system now takes on much more prominence. Originally conceived as a passive system that was activated under certain conditions, it now becomes something active that we can use during matches. Cards give us skills such as more strength or precision, and they have limited uses, so when they are spent we have to buy more with virtual money. We liked the passive approach much more, less intrusive, and it is that a simulator in which we are modifying the gameplay with cards all the time becomes shocking.

It is appreciated that we now receive game modes such as doubles and online from the first moment. The latter is a bit limited, being able to make tournaments, play quick or custom games. At least it works pretty well; we’ve been playing a few games and we haven’t had any latency issues. 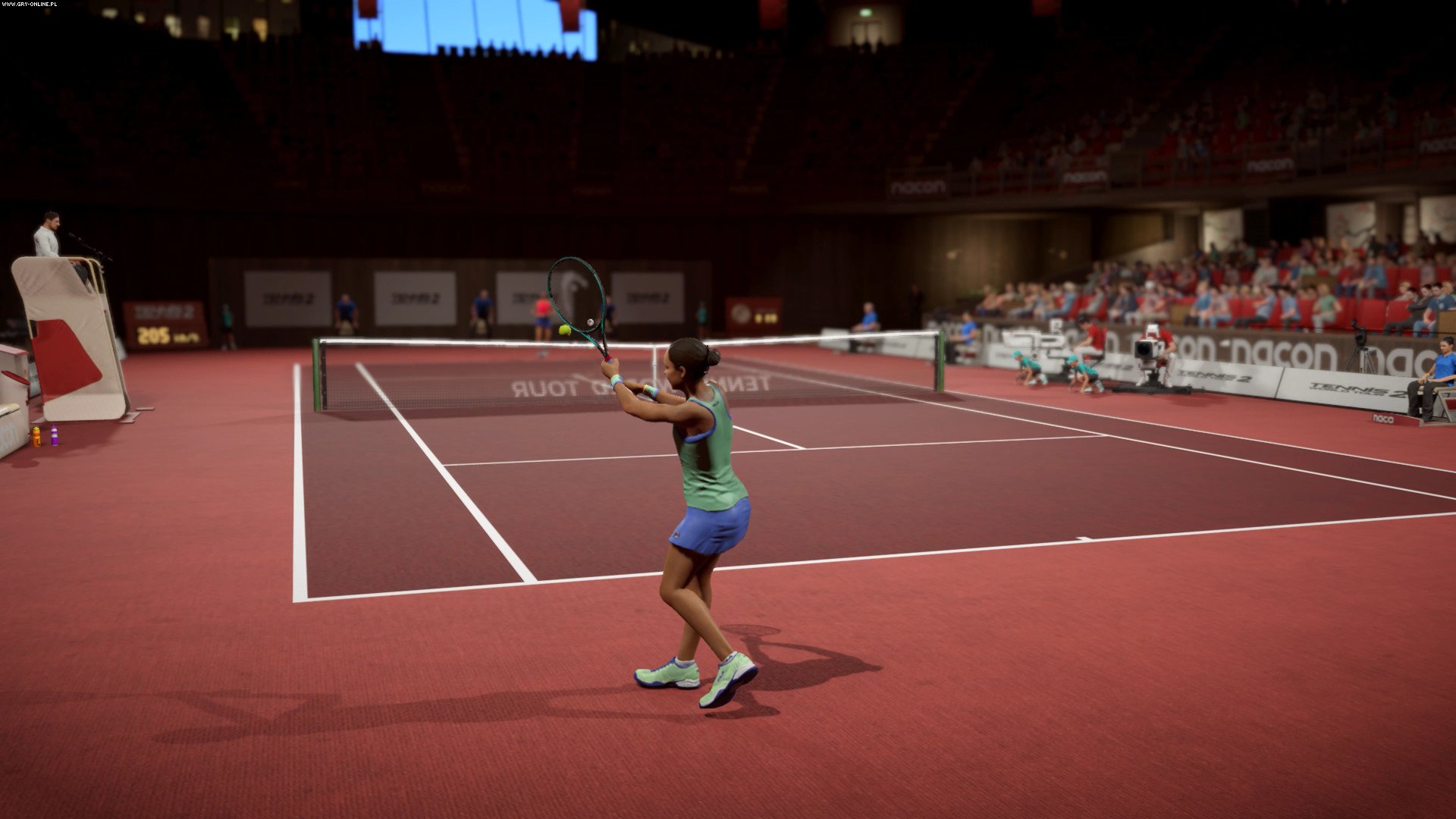 In the career mode, in which we can create our character and launch ourselves to conquer the rankings, having to choose whether to compete, train to improve or rest to recover. It is an entertaining mode, but wish there were more depth and more varied mini-games since the ones it presents are somewhat similar to each other.

Audiovisually, Tennis World Tour 2 focuses on what happens on the court while we play, which is a general approach in every sports game. The animations, as we say, have been greatly improved, but everything else missing the same treatment. The faces, although recognizable, look stiff, and the gestures of the tennis players between point and point are not too inspired. Technically, it perfectly supports 60 frames per second and, we believe, it goes up to upscaled 4K on consoles. 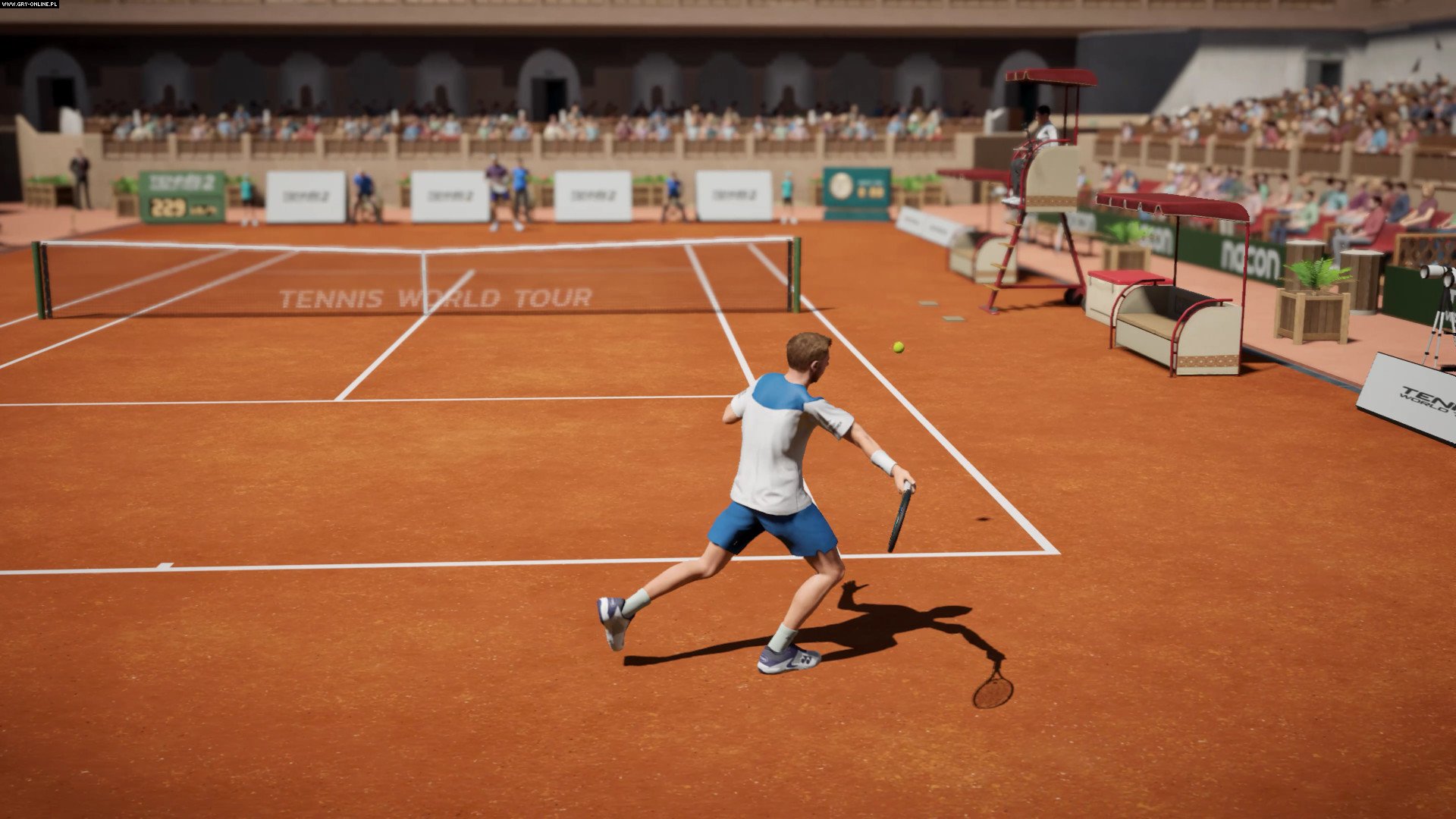 Tennis World Tour 2 has improvements, such as more agile gameplay and greater playable depth, but it also has things, such as a hitting system that can be a bit challenging for newcomers. In the same way, changing the card system mechanics into an active element, and it seems strange that in a simulator this new mechanic doesn’t feel right, makes it feel more arcade. 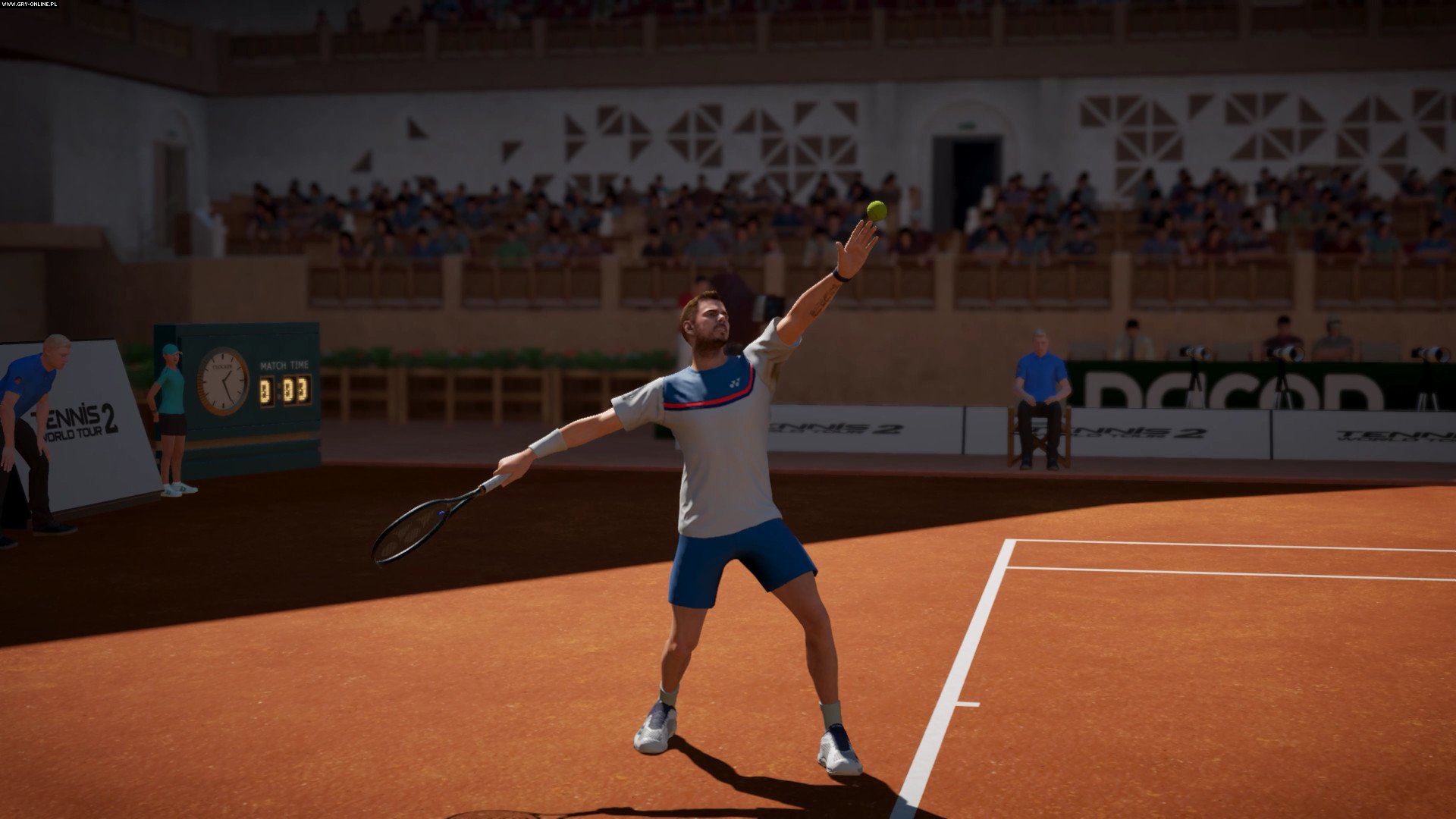 In general, it is a delivery that takes a step forward, and that, even though it is still far from being great, little by little it is finding its way to offer a more attractive tennis game. Hopefully, future iterations will fix these issues, but if you enjoyed the previous one, then you will like this second part.

We prepare this review with a digital review code for the PS4 Pro version provided by Homerun PR.