A new King of Fighters enters the arena, SNK masters every aspect of the previous entries while maintaining the uniqueness of the series.

The King of Fighters XIV was one of the first projects of the reborn SNK, one of the great arcade studios that did not continuously adapt well to the new times beyond reissues of its vast NeoGeo catalogue and some occasional installments of KoF. The situation changed in 2015 when Leyou Technologies acquired the veteran studio and refocused the business back on the console, PC and mobile video games; after KoF XIV would come games like Samurai Shodown or SNK Heroines: Tag Team Frenzy, movements to revive Metal Slug and even Terry Bogard made the jump to Super Smash Bros. Ultimate. It was a matter of time to see the King of Fighters XV in action.


At the end of 2021, we were able to play a beta of the new fighting game that promised to be one of the most critical leaps in the saga. SNK has polished multiple aspects of its predecessor so that it can stand up to the kings of the genre; It’s not that KoF XIV didn’t do it, but technical limitations prevented it from unleashing its full potential. This time the sequel goes with everything. 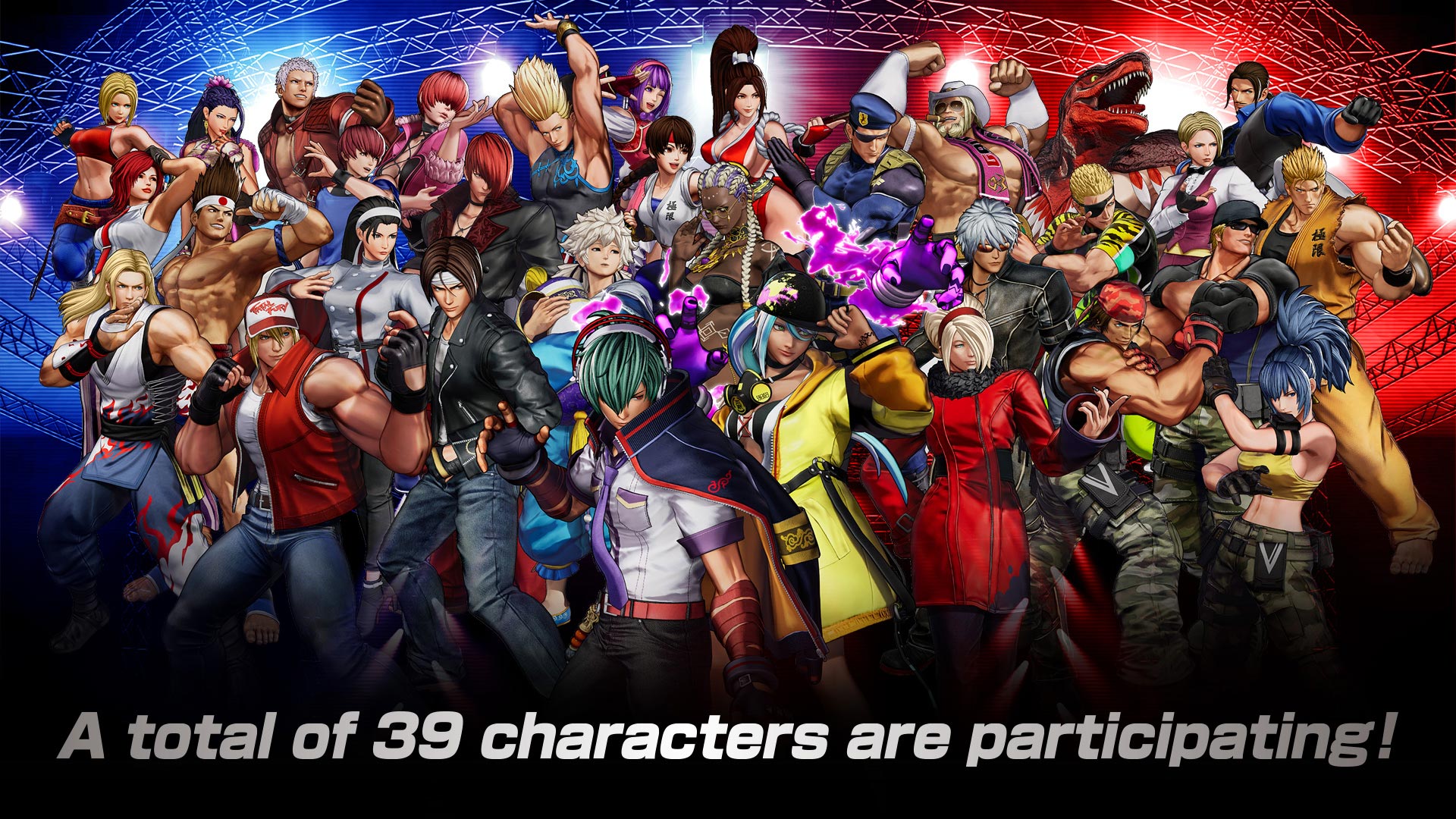 KoF XV brings us back an addictive 2D fighting game with the option to select three characters for team fights, although there is also the possibility of fighting in a classic 1v1. It’s a shame that other sagas of the genre have gradually discarded 2v2 or 3v3 or reserved it for one-off deliveries – in the case of the Tekken Tag Tournament -so it’s appreciated that SNK keeps it in this game. Of course, there are no tag movements, and it will continue to consist of round-robin combat where the winning fighter recovers a little life – without Dragon Ball FighterZ -style relays. 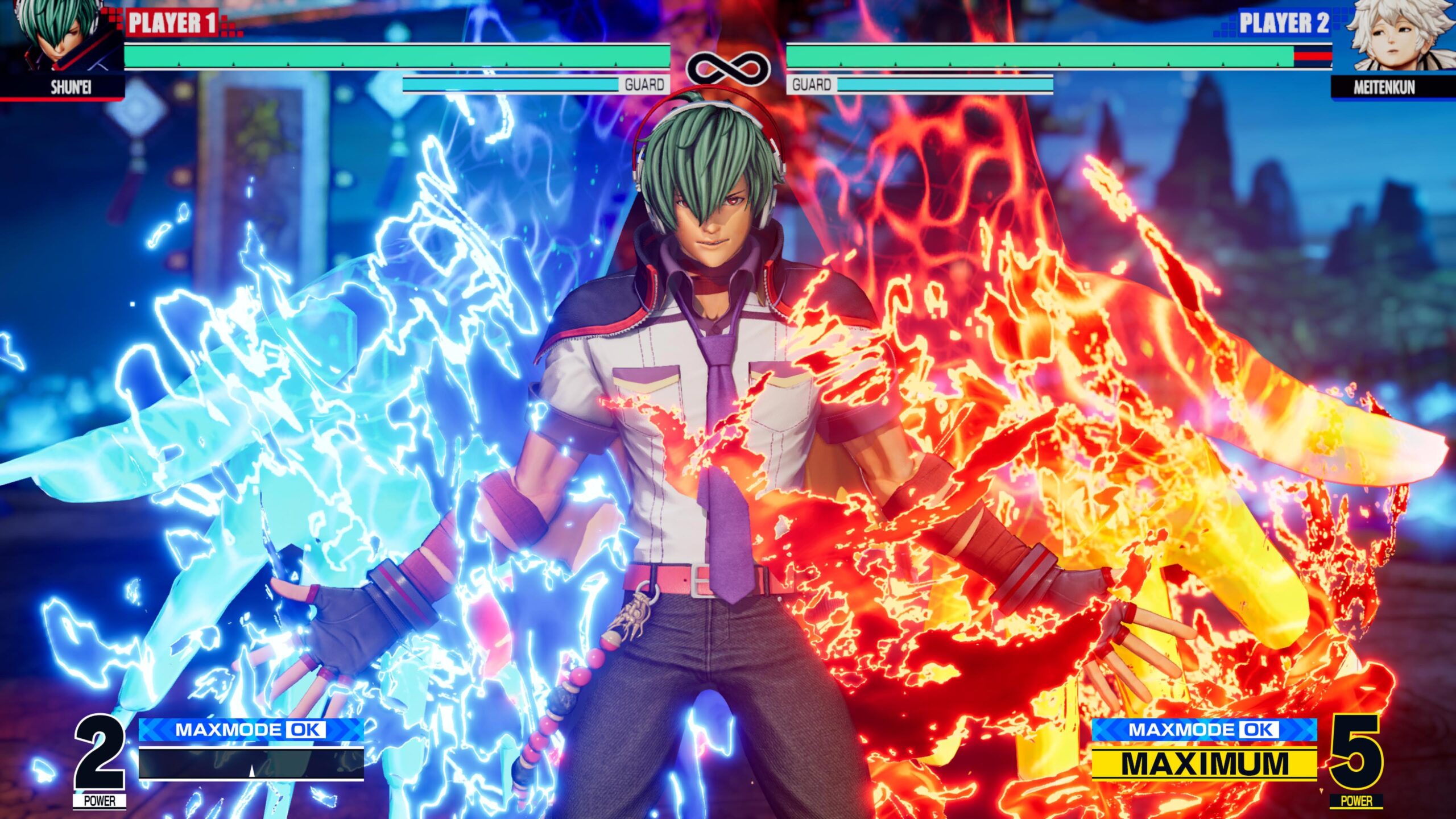 Of course, this King of Fighters XV can allow the team system thanks to the incredible number of fighters it brings from day one, with more confirmed for the coming months. Of course, from the outset, there is quality and quantity so that no versus fan feels like they have a “half-hearted” game or are obliged to purchase season passes. The only legitimate criticism that could be made of its 39 playable characters – plus non-playable boss – is the lack of renewal of the fighters in recent decades, so once again, we will find familiar faces such as Kyo, Iori, Terry or Andy Bogard, Mai, K’, Robert García or Kula Diamond, among many other characters that we consider essential at this point. 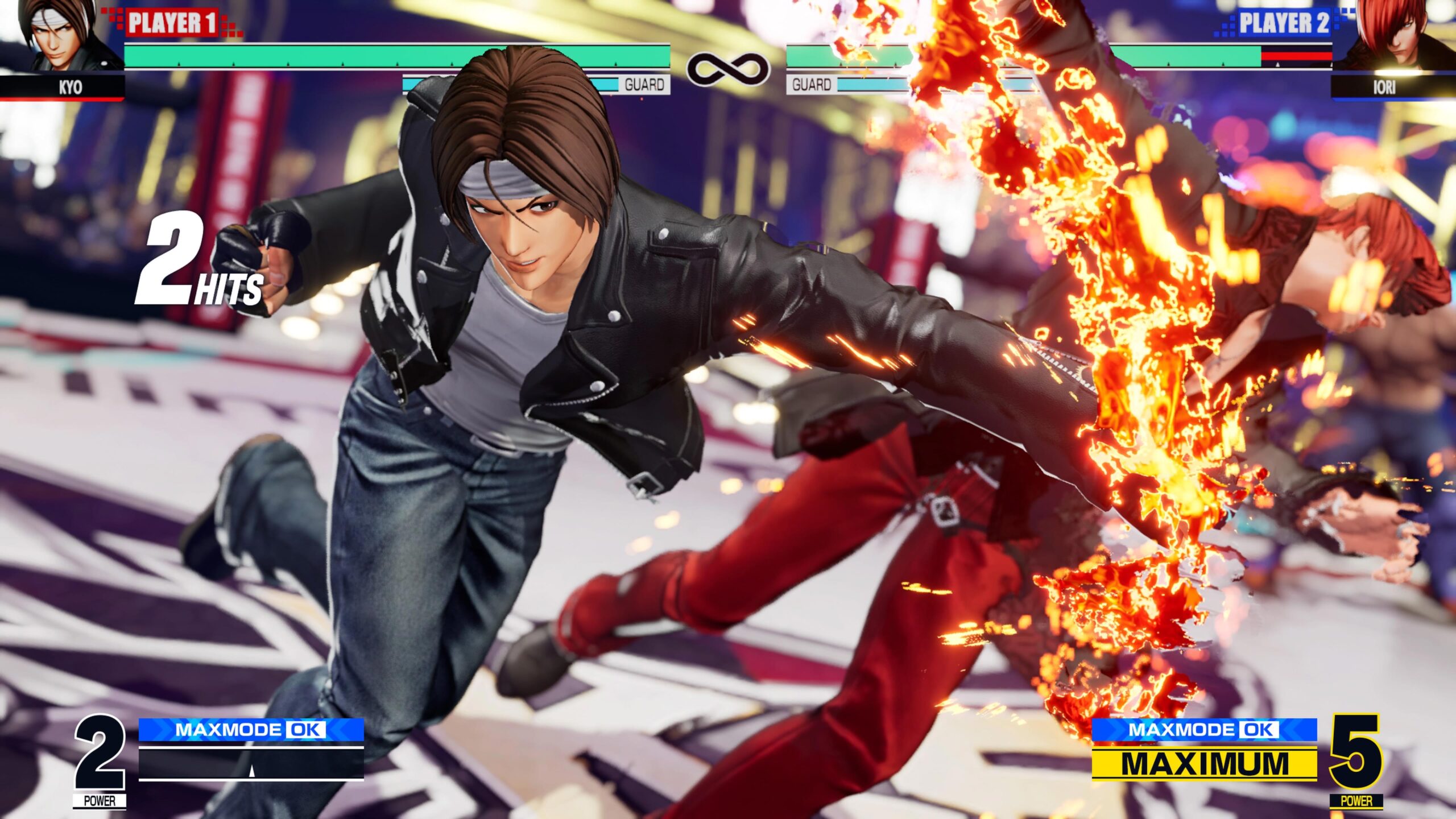 The novelties are Dolores, who stands out for using powers related to the earth -we talked about her in our beta impressions-Isla and Krohnen. Isla is a young woman with the appearance of a graffiti artist accompanied by the floating hands of the Amanda spectre, a power similar to Shun’ei’s but that is more present throughout the fight and is integrated into her attacks – in which she also uses paint spray -, which allows him to have a more casual position than other fighters. Krohnen, who has been our favourite addition, is a rival to Kyo and K’ with some pyrokinesis abilities and the ability to modify his arm into different types of weapons as attacks require. 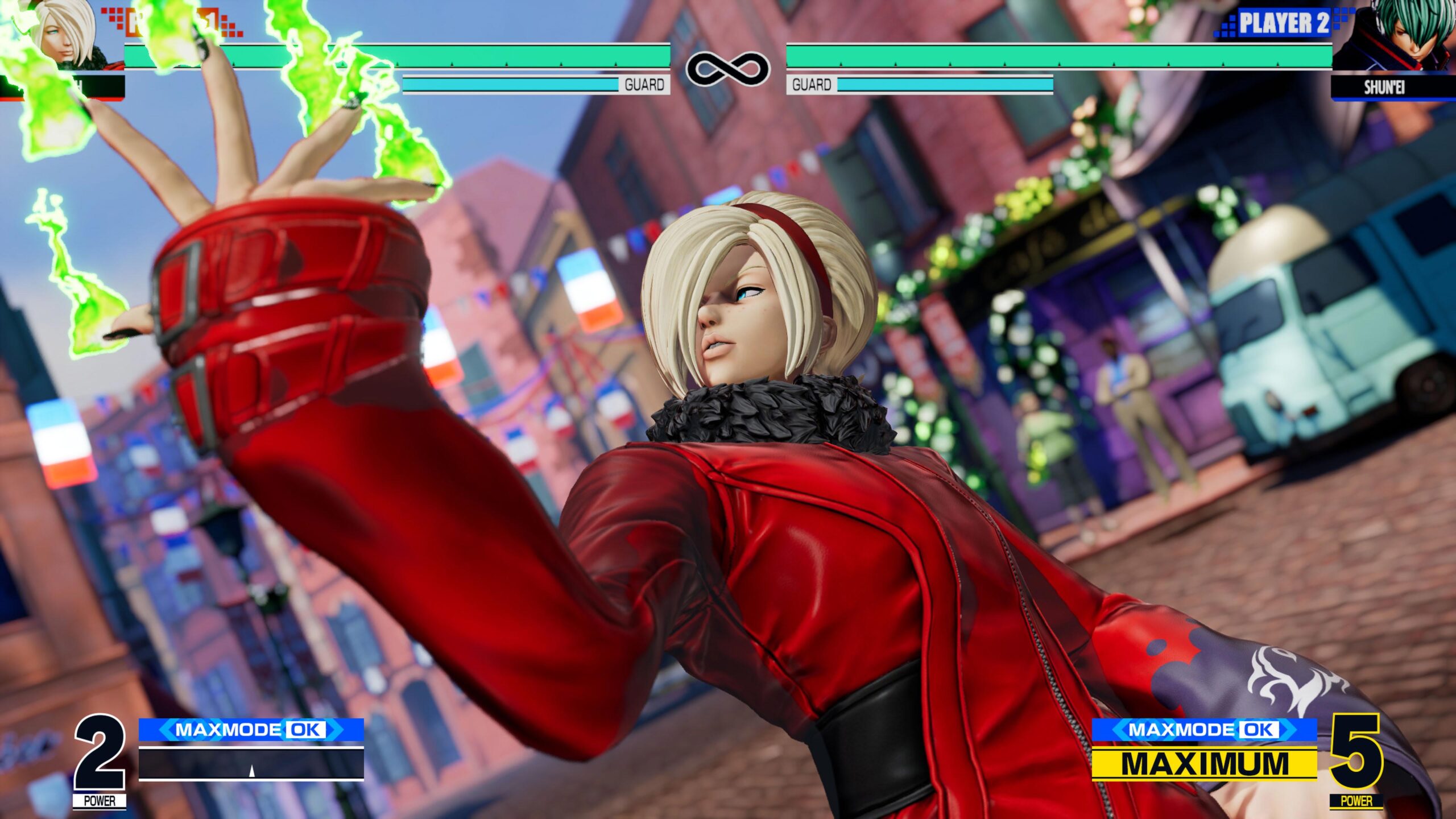 The King of Fighters XV can easily stand up to today’s great fighting games. It’s a quick and easy to learn/hard to master game that relies on four buttons – punches and kicks, light and challenging – that trigger dodges, MAX activation and impact hits. One of the keys is in the use of the power bars: with two or more accumulated, you can enter the Max mode, where the attack strength and the possibility of breaking the guard increase; these bars allow for fast Max mode, EX special moves – without needing to go into Max mode – and other strategies including cancels. There are also auto combos, but they only work with the opponent very close; they are not too annoying even if you are not a fan of this help. 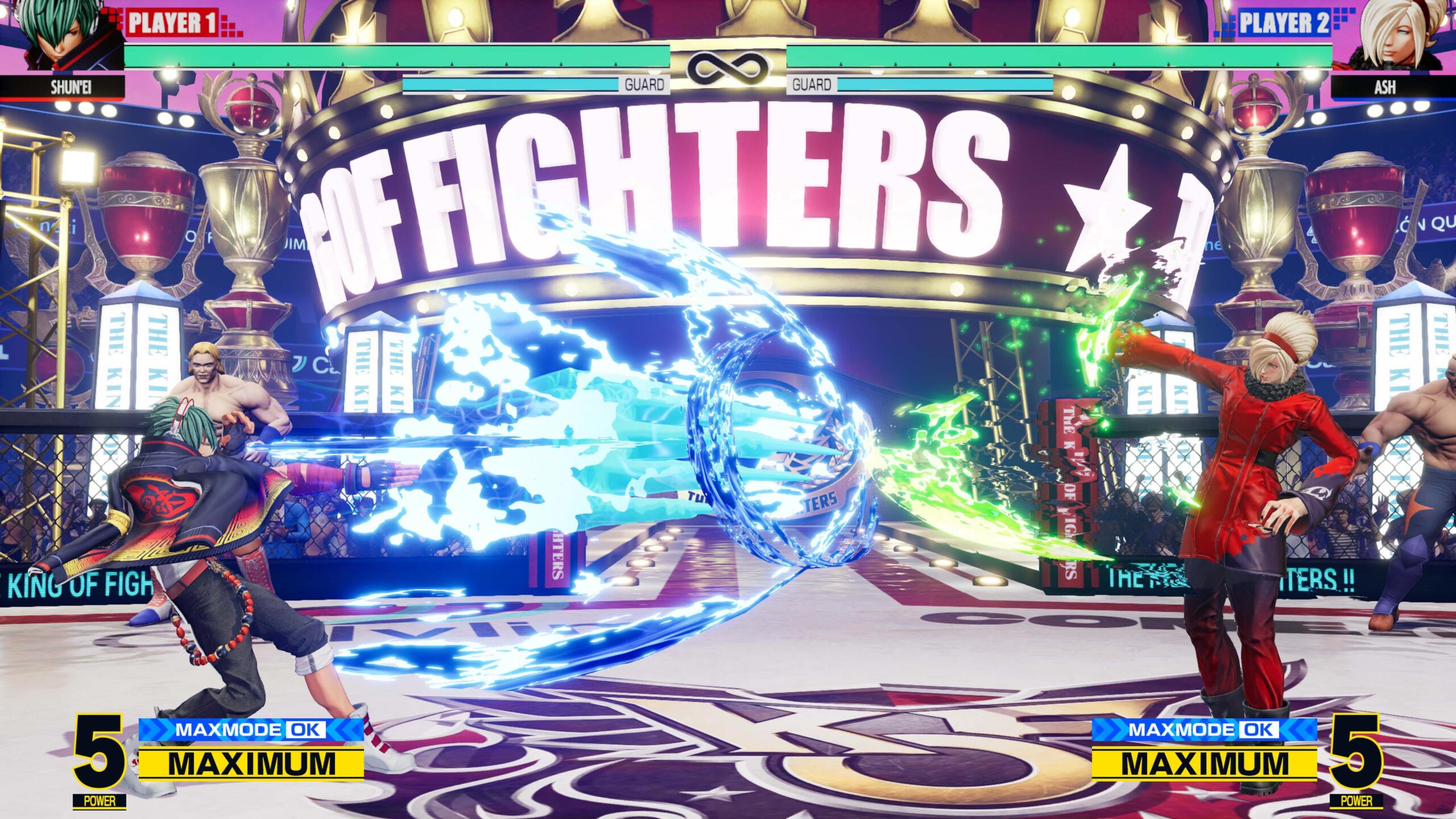 In terms of modes -especially for one player- KoF XV has known us little, but it is fair to say that this installment is not a specific problem. Still, sadly it is usually an aspect that is not well cared for in most releases of the genre, exception for Mortal Kombat. We have, aside from the versus -local or against the CPU, regular competition or tournament- the story mode, which is again an arcade mode with interspersed sequences; Depending on the team we play with, we get some videos or others, so the most significant incentive is to unlock all the possible scenes, as well as the training options, a tutorial for common movements or the mission mode with challenges -the practice of attacks and combos-. There is a gallery for the videos obtained and a DJ Station –listen and create music lists with 300 songs from the series. 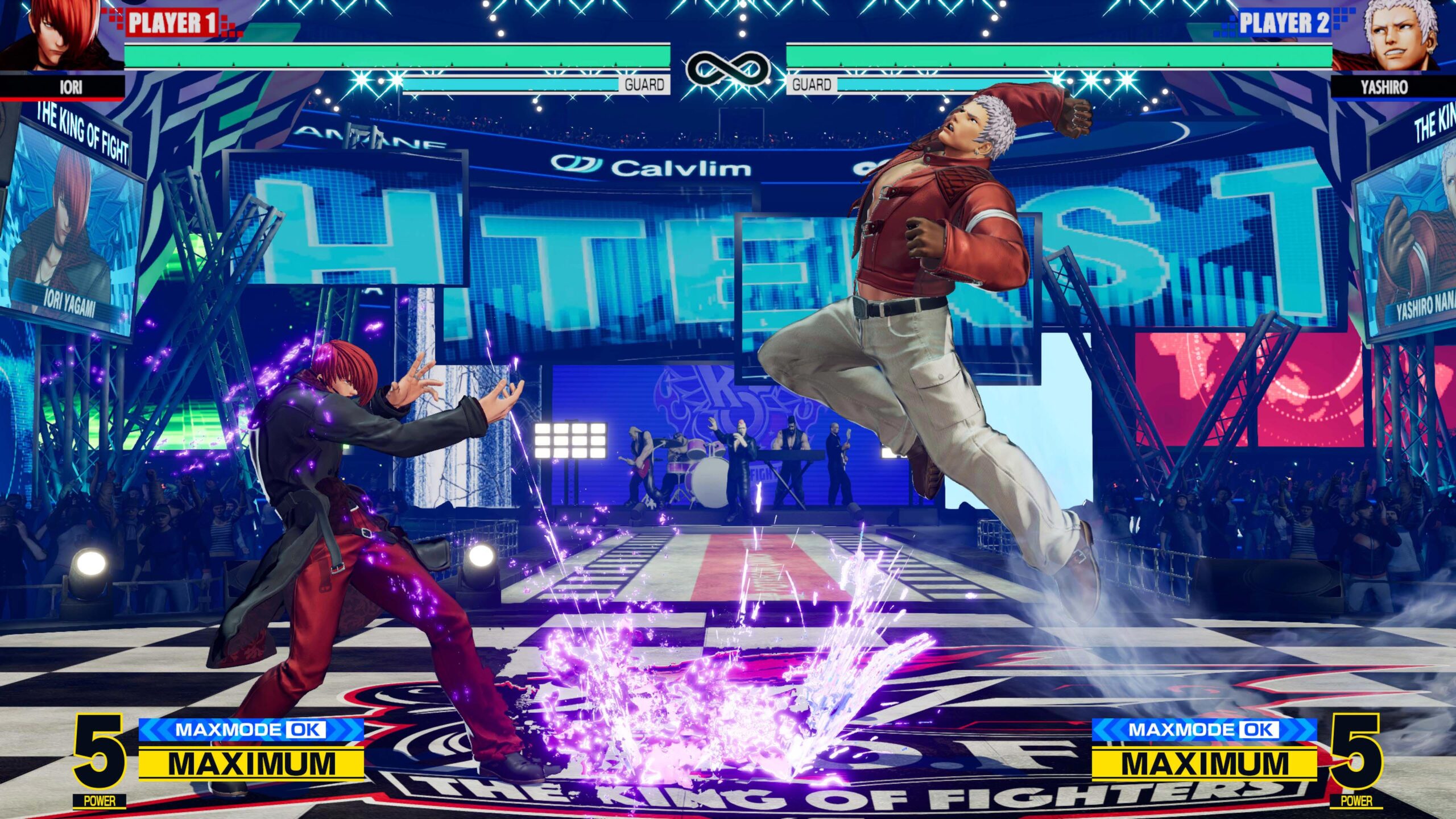 The multiplayer aspect brings the usual options: ranked, friendly, room creation, online training and a look at our profile-saved replays and rankings. SNK has implemented a rollback network code to make the experience better than ever, as was shown during the beta; we’ve been able to play a few games before launch, and it plays well, although it’s not exactly as accurate as a local versus. As always, the litmus test will be seen with street play and a much larger community; In any case, it is good news that more Japanese developers use this technology correctly, and the promise of being better than KoF XIV is there. 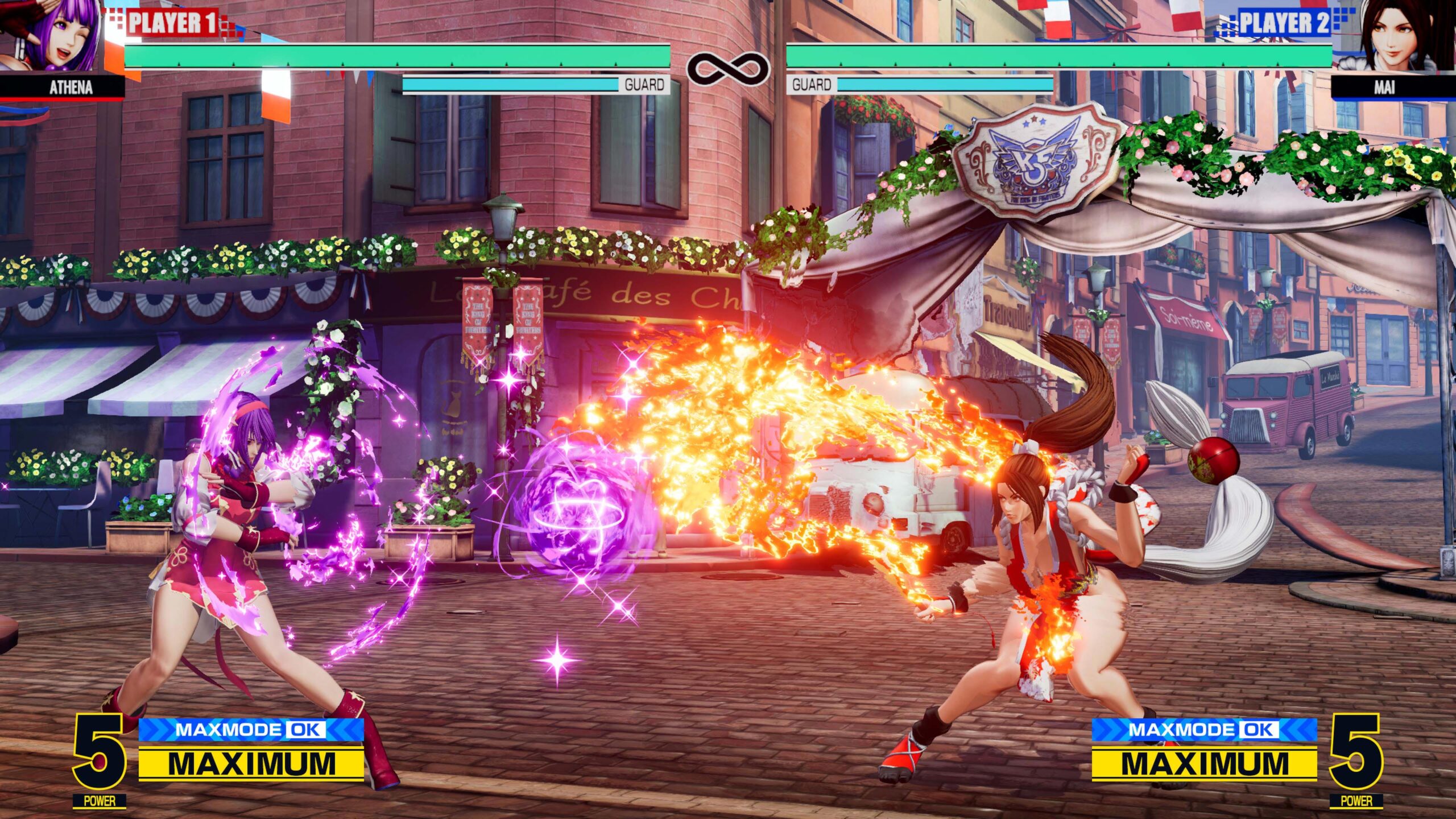 SNK has discarded the KoF XIV engine to return to Unreal Engine, which is already used in the last Samurai Shodown. The graphic leap is undoubtedly visible, although the 3D anime style still lacks a more personal and warm touch that will become the hallmark of the saga with its transition to 3D graphics. The scenarios – some of which are unlockable after finishing the story – also receive slight visual improvement, but we have found everything: some beautiful and others a little more soulless. Good animations, effects and vibrant colours, plus a powerful soundtrack, make The King of Fighters XVa a solid and striking game that more than meets in the audiovisual section. Although it is not the most spectacular, neither can many reproaches be made. 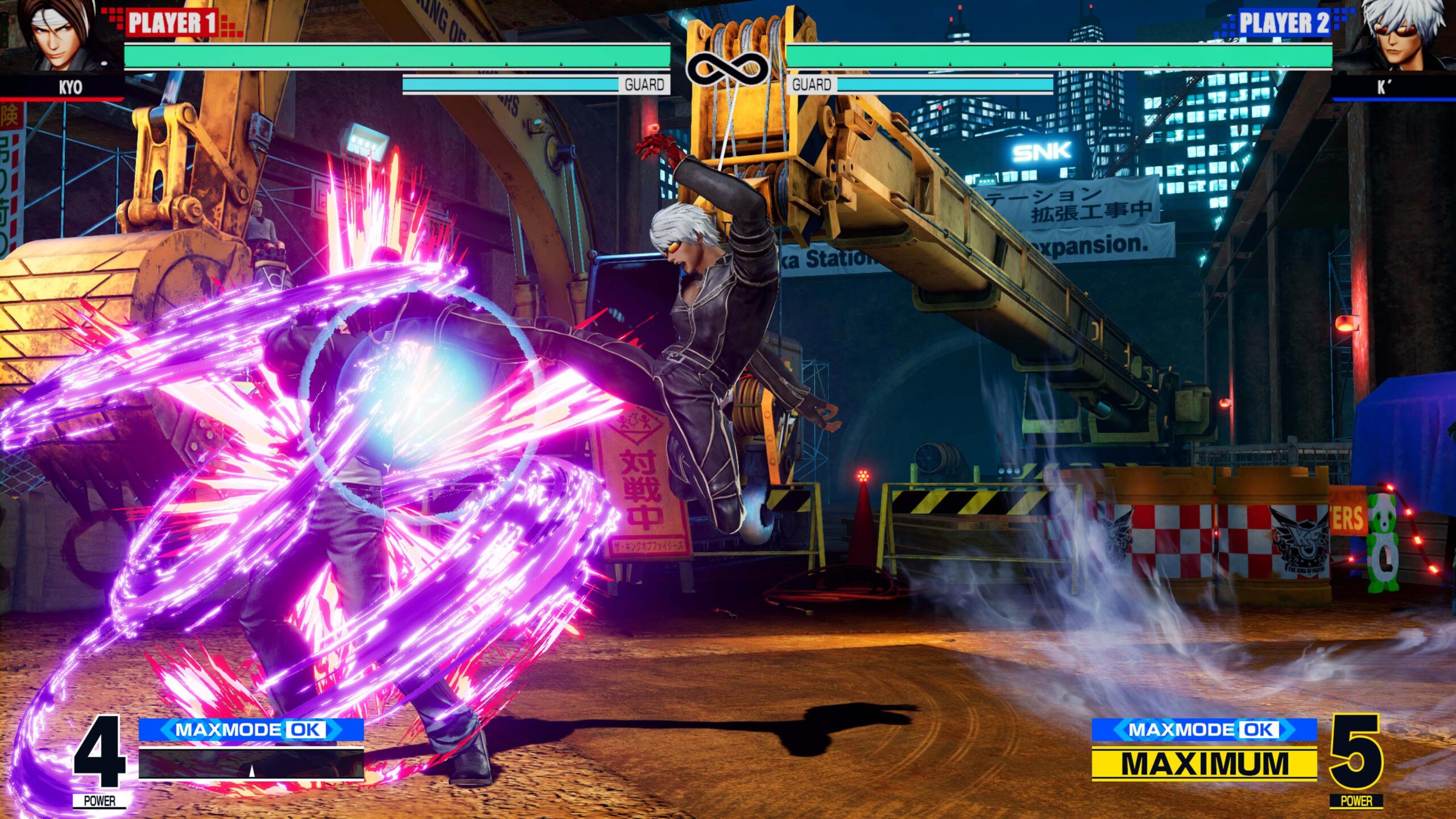 It’s a joy to see that the big names of the 90s continue to reign supreme in versus, from Mortal Kombat to Street Fighter to Guilty Gear. The King of Fighters XV has polished some of the technical problems of its predecessor -graphics and network-related- and maintains all the good things of the saga: a cast of very charismatic and varied characters, a game with an affordable learning curve-the focus is on power bar strategy, not complicating attack execution- and all the depth you’d expect from one of the great 2D fighting series: bombproof fun. Only somewhat sparse content in single-player modes prevents it from being more rounded, but otherwise, fighting fans shouldn’t let it slip away.

We have prepared this review with a digital review copy for the PS5 version of the game provided by Koch Media.