Tools Up! to us feels like a mix between Overcooked and House Flipper, two games we have enjoyed the most. Actually, we kept our expectations low, and we were satisfied that it was half as good as the current cooperative par excellence and the simulator of the Tools up!


The first measures point precisely to that, getting you more emotions than the game manages to endure afterwards. Errors in control, being overly focused on multiplayer, and the continuous repetition of tasks make it a more passable than remarkable experience.

Tools Up! targets the fans of the couch co-op that are on the rise lately and invites us to become a team of renovators. Paint rooms, put carpets, apply decorative paper, throw down walls, change floor tiles… 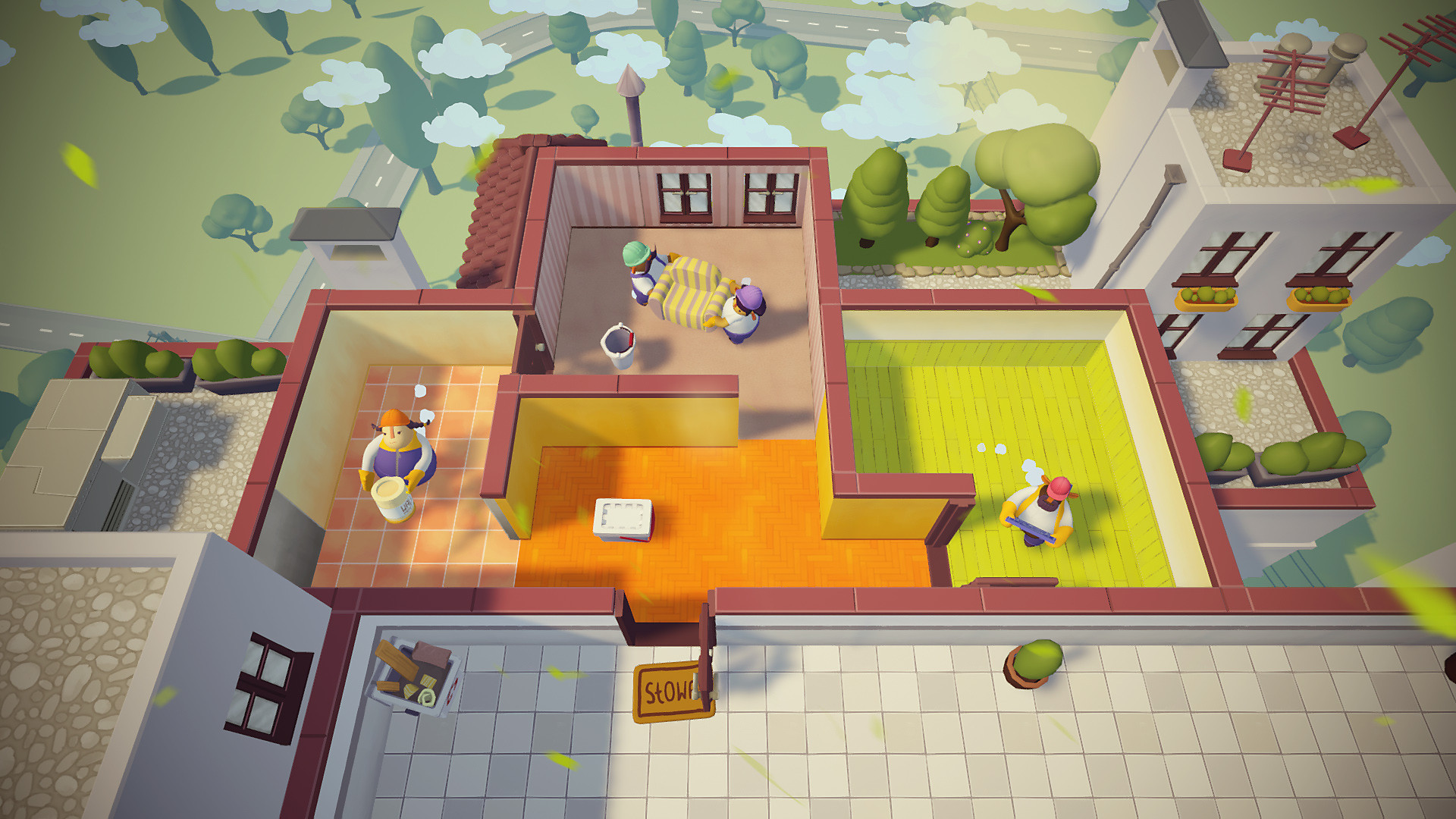 A set of 30 levels that, with the time trials, invite us to do the maximum in the shortest possible time in houses that are gradually introducing some novelties. They are not too many and well distributed, so it is easy to see you repeating the same tasks over and over again constantly.

The premise of the time limit is intended to become a crazy experience. The rush leads to the buckets of paint falling, and companions end up pulling rennet doors or someone failed to read the plan. A component that should be a laughter fest but because of the physical and the reduced spaces sooner rather than later, end up getting you frustrated. 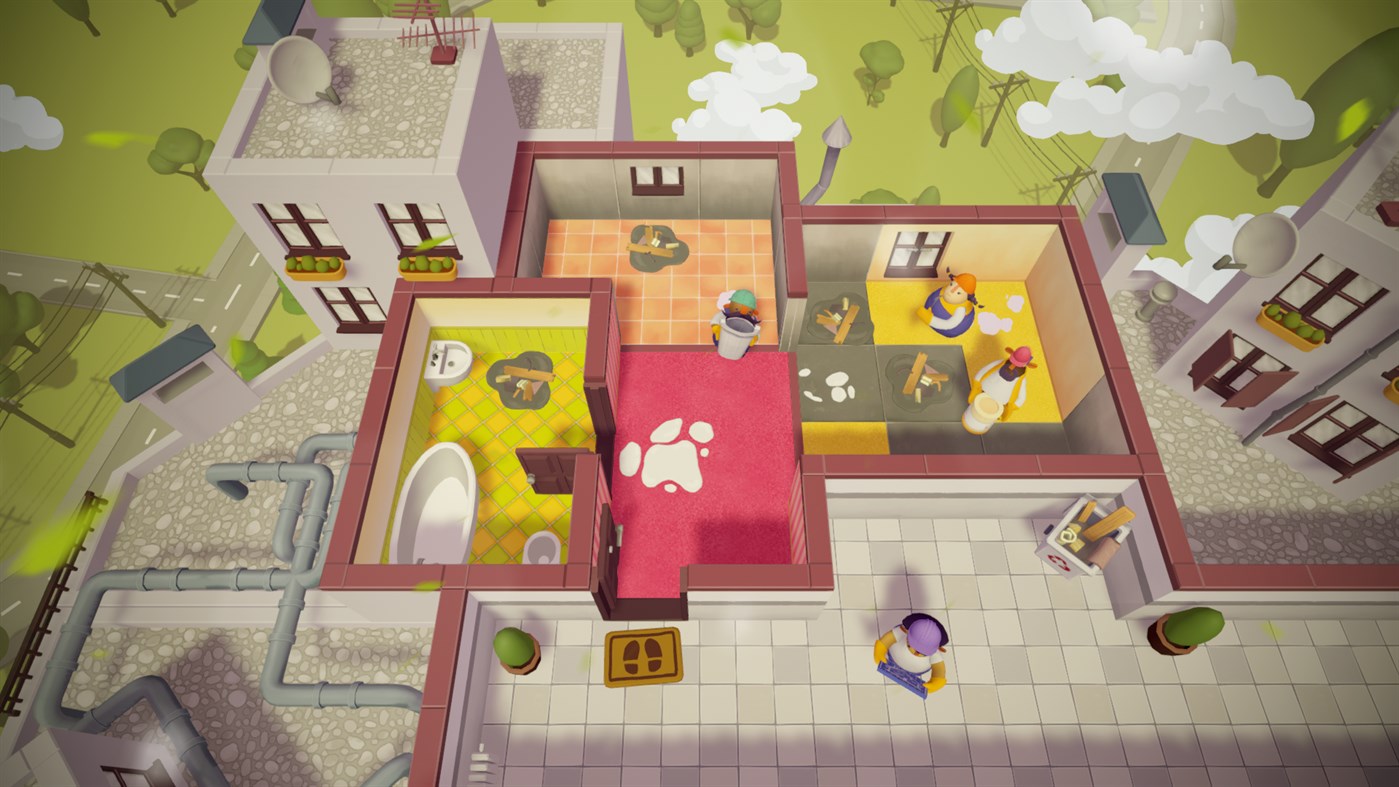 Problems that go beyond

The first problem of Tools Up!is as soon as you arrived at a house. To know what we should do, we must open a plan that will show what colour or changes are going in each room. A time when it is impossible to do anything else and that, due to the little contrast between some colours, can invite errors. You have to look carefully, and that means slowing the pace of the game and losing valuable seconds. 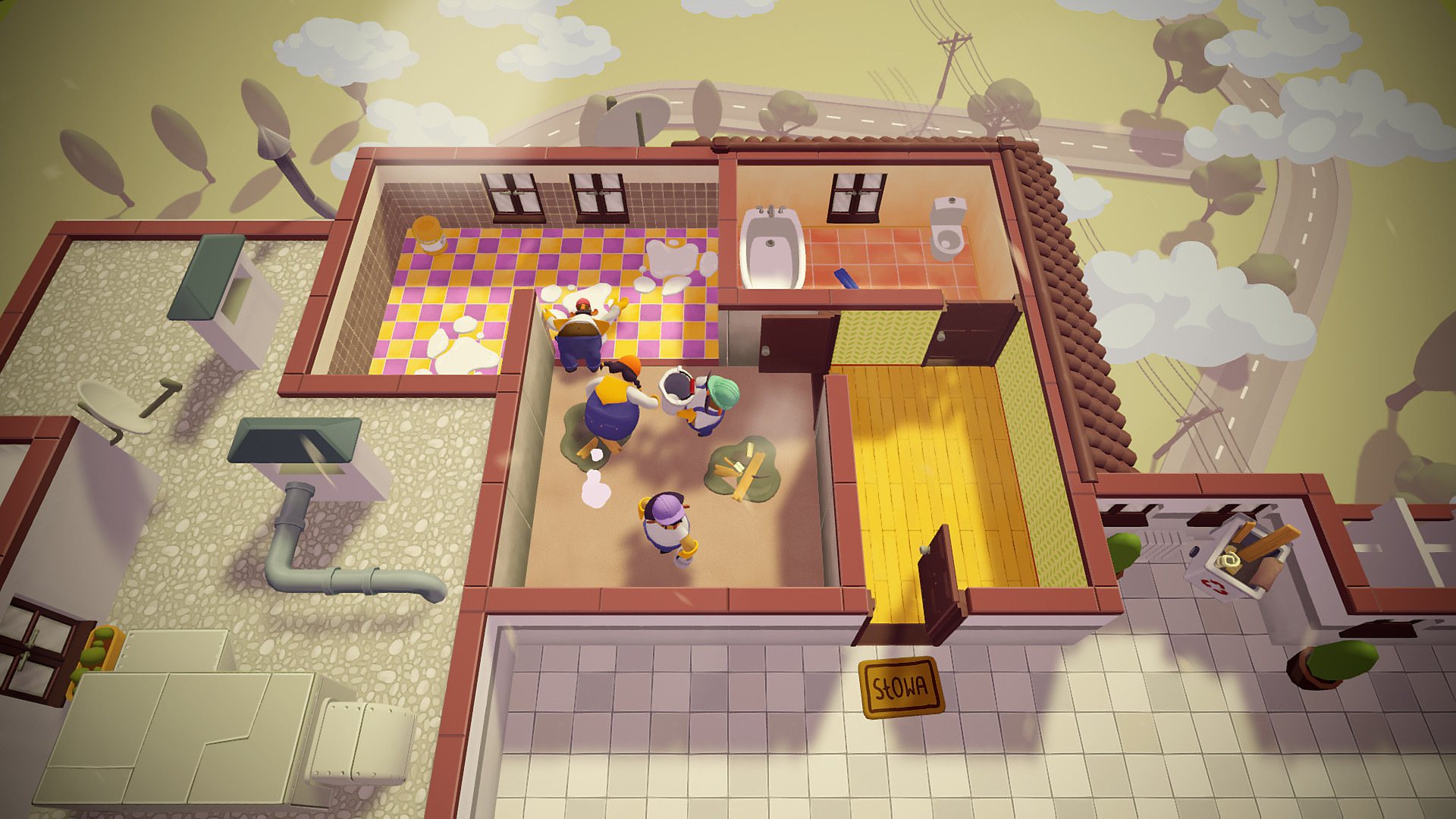 A decision that you can agree with or not, but not a problem per se. Where the thing is twisted is with the pointing system of the characters. With such small rooms, the difference between pointing to a door, the wall, the nearby cube or the floor you want to change is a headache.

Also, the tasks usually require constantly shifting with different selectable objects – for example, cleaning a wall, throwing the collected in the garbage can, picking up glue, placing glue, picking up wallpaper and placing wallpaper -, so crossing that same problem a and again it is usually quite usual.

The idea is solid, yes, but that the problems encountered when trying to aim for the three stars are the fault of the game and not of your clumsiness or ability puts you on a roller coaster that goes down more than it goes up. That the physics of the objects causes everything to end up on the ground to the minimum friction does not help either. 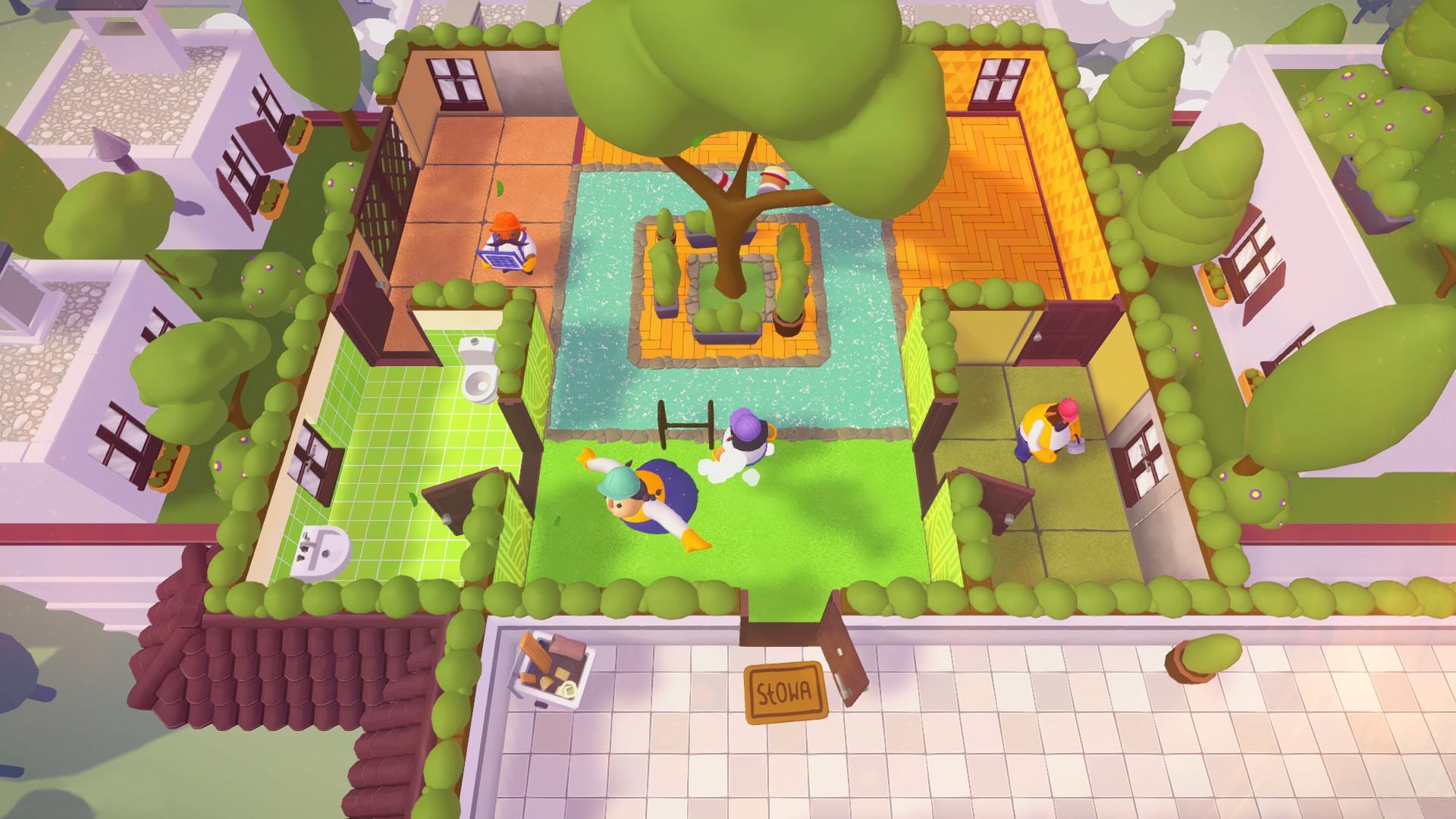 Tools Up! It is the typical game that you can manage on a weekend afternoon, but it certainly does not have what it takes to become the lounge game to go to when friends come home. Because of the ” complexity ” of some tasks and control problems, those who are less accustomed to playing will be frustrated with relative ease.


Nor is it especially recommended as a solo game, since trying to aim for the three stars in each level will be an arduous and repetitive task. Good ideas are palpated, and you can see that the intention is good, but there are specific problems that should have been avoided and Tools Up! could have been a remarkable experience.