The concept of 10 Second Ninja X is interesting. A game that you could find something similar to it on any mobile platform(smartphones), due to the extremely short levels (10 seconds long), ideal for those little moments when we don’t know what to do. On consoles(excluding handheld), these genres just don’t have guaranteed success against to bigger titles. When we sit in front the TV that’s when we have more time, and we most likely dive into games that are deeper and lengthy, and when we ride the bus or the train, we prefer short and easy titles. Ready to become a ninja, and demonstrate your expertise at the controls in this frantic puzzle and platform game!


A small introduction cinematics of static images and texts will welcome you to the game, in which you need to overcome the 60 levels to rescue our friends. We play the ninja with fearsome speed and agility, whose controls can not be any simpler: a button to jump (with optional double jump), another to use the katana and one more for the ninja stars. After passing the tutorial, you’ll be ready to face the 60 new levels that are designed to challenge you. But undoubtedly the greatest feature of the game is that you only have 10 seconds to complete each stage! 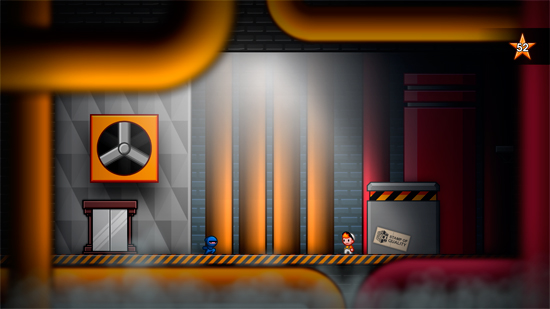 The levels are a mix of platformer and puzzle since each is only 10 seconds long. It is important to time the jumps kill enemies with skill and plan the best route to finish everything in 10 seconds or less. Therefore, the stages become a constant  trial and error, being relatively easy to overcome with the minimum rating of stars but quite challenging to get the three stars that are granted only if you execute everything perfectly(and as quick as possible). In addition to the platforms, there are enemy robots to make things more challenging, as well as you will find other elements in the stages that you can interact. The levels are fun but become repetitive very quickly, as they are only ten seconds long.

Logically, for the duration of its levels, much of its appeal lies in the replay value, yet making it possible to beat the levels with a minimum grade in a quite short time. It also includes marathon mode, but that will be a difficult challenge to get three stars in each level. The game offers simple controls with complex game mechanics, forcing you to complete stages less than 10 seconds. Don’t let its appearance fool you, 10 Second Ninja X hides a very complex complete title underneath it. 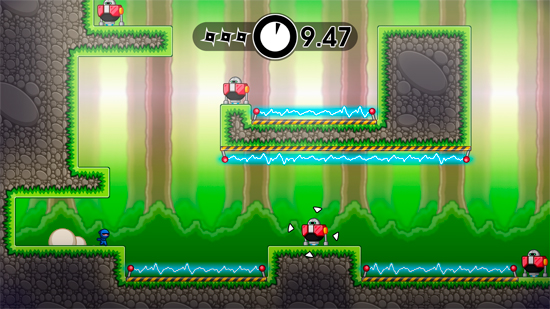 As we progress to later levels things get more complicated with stages introducing more robots, elements that blocked your way and again that you only have 10 seconds to complete the stage. That is why you have to play it again and again because of a jump you couldn’t time,  or the robot that you missed or a path taken by mistake that prevented us from achieving the highest score. The title is relatively fun and one can spend hours to get those stars, then again because the games nature so fast makes us think that is a more focused title for handheld platforms. 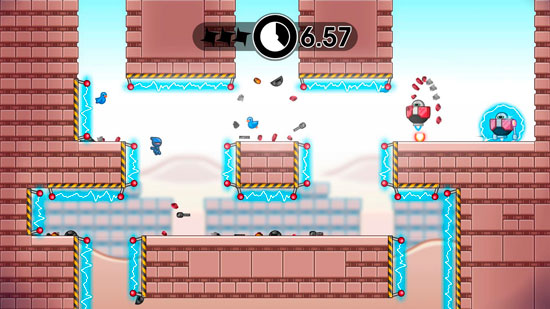 Graphics are 2D, simple and very colorful, friendly. Also, the level design is well thought out and artistically has its charms. The music is quite pleasant, and sound effects are well acclimating the game. 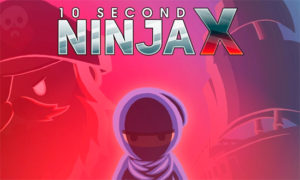 10 Second Ninja X is a game that requires you to be a master of timing at the controls to overcome it completely. Each level will require you to play again and again if you want the highest score, and the stages last 10 seconds long. Still, it is a somewhat repetitive experience that seems more suited to handheld and mobile consoles. If you love platforms and the challenges then you may need to take a look, since it can be addictive if you try to complete 100%. Those who are not very skilled at the controls, better stay away because this is one of those “easy to play but difficult to master” titles.