It’s been more than 4 years since Air Conflicts: Pacific Carriers first appeared for PS3 and PC. This title from bitComposer went largely unnoticed among the community of players, so the developers wanted to offer a version for the Nintendo Switch console. However, despite the fact that we expected to find substantial improvements in this edition, what we have found is basically the same title we once enjoyed with some mild innovation.


And it’s a shame, especially because there are no other games on any other console similar to this title, we wish the adaptation was a bit more polished, it would surely have reached higher levels of quality and importance. But unfortunately, that’s not the case here …

A war in two bands

The setting of the title takes us into the Second World War era. And the truth is that despite the fact that the game takes quite a lot of licenses in this sense, the historical realism that developer tried to create is simply amazing, starting with the inclusion of a powerful range of planes and real ships. 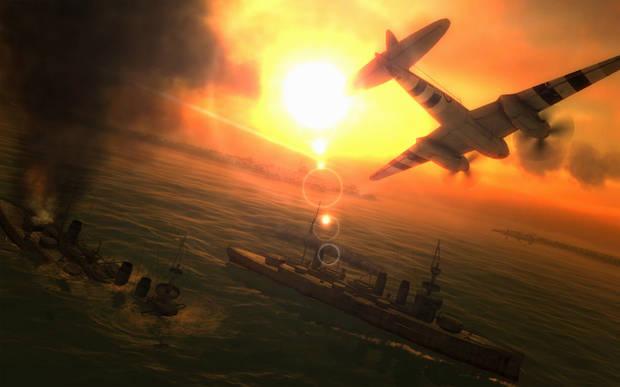 Throughout the two complementary campaigns in which the game allows us to participate, being the first one that follows the American soldier Lucas Stark and the second act to the Japanese Hideaki Hashimoto, we can participate in some of the most famous battles that took place during this international conflict. Pearl Harbor, Midway or Wake Island are some of the missions offered in the campaign, all well-recreated in general and that will surely delight lovers of this type of games.

Of course, do not think you’re going to be precisely before a history lesson because the title goes on tiptoe for each of the details related to each battle in which we must participate. It would not have been better to give the possibility of following the real story to those users who wanted it, but we insist that the title does not give rise to it.

Depending on the selected nation, we can control a group of different warplanes and warships, something that is quite commendable, which also have clear differences in their characteristics and armaments.

Once we went out to play our role, we found a simulator with very mild arcade touches. Far from being the typical “kill-kill” or classic shooter, in this title, the simulation factor gains many integers, especially if we choose the most realistic control method. That is to say, that it is necessary to take control of the equipment, to be aware of the ammunition that remains, of the movements of the adversaries and other elements of the game.

But there is more. To add a layer of additional depth to the general approach, you should know that in this case, we not only control an airplane but a squadron. And that means that not only is it possible to handle several planes, but we can also give simple commands to the units controlled by the console.

In addition to all this, as we meet objectives we can increase the skills and range of pilots, a fact that is always appreciated in this type of games.

Leaving aside the campaign, the title also boasts a fairly complete online mode that integrates four different game modes … which are almost dead, being really difficult to find active games. But hey, that is something that usually happens to us when we perform the analysis of games that have just appeared in the market, and more when they are of “niche” profile as is the case.

And to finish reviewing the most outstanding qualities of the title, we must also highlight the remarkable setting that the game has, quite achieved. 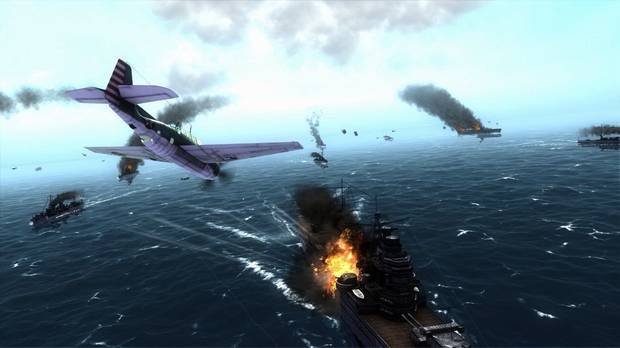 As you can see it is a production that presents a good number of qualities, but unfortunately it also has its less kind face. As we anticipated you a moment ago, we are facing a rather lazy conversion. And that is noticeable in multiple aspects, starting with the low graphics quality that this product has.

If the game was not a technical portent at the time in PS3, despite the small improvement made in certain textures and their definition, the truth is that this edition looks even worse if we consider the time since then and everything that this entails. And is that the functional modelling of airplanes and ships, the soulless appearance that many sets show and the vast majority of special effects are inappropriate for a machine with as much potential as PS4 hides. And in a title like this, it takes a bill. 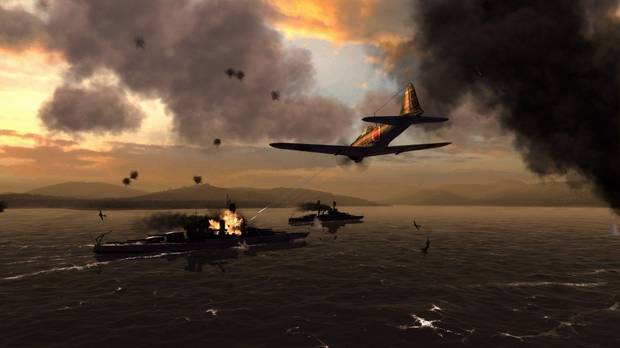 On the other hand, it is true that seven more unpublished aircraft have been integrated to form a total of more than a dozen manageable devices … innovation that has not been accompanied by any other option, modality, playable improvement or anything similar in relation to what is established in the genuine title. Scarce baggage It is true that this version is compatible with the PlayStation Camera to follow the movements of our head, but this is something that does not always happen and that does not bring anything especially exciting to the game experience.

However, and leaving all this aside, the great problem presented by this production is given by the invariability offered by its development. It is true that the title tries to bring diversity by forcing us to materialize changing main and secondary missions, that is undeniable. But unfortunately he does not get it, so in the medium term, every battle is anything but exciting. 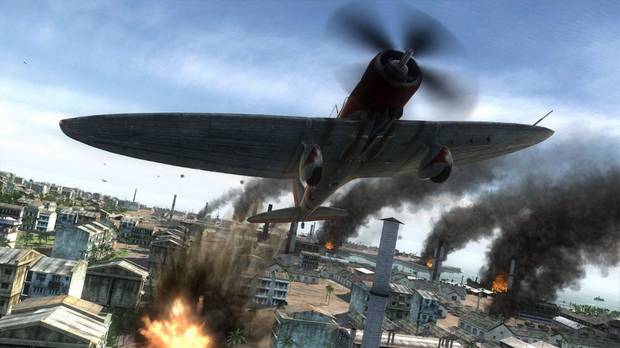 This does not help the “impersonality” (to name it in any way) that reflects the artificial intelligence of both our peers and rivals, who behave many times as robots and from time to time perform certain actions somewhat strange.

Warplane simulation from a historical era presents an attractive framework and a good range of controllable aircraft. And this is coupled with a well-recreated double campaign. What happens is that to these promising intentions are defects of bulk, such as a simplistic graphical section, a too predictable development and lack of important novelties. An entertaining title, but nothing more.