Anna’s Quest may look simple that presents us with idyllic landscapes and charming villages where gruesome stories occur and are suitable for traditional European folklore. This art style in pastel shades and pink dresses embodies a story full of betrayals and confrontations between the goodness of little Anna and the evil actions she faces in a world where almost nothing is what it seems. It is challenging to tell anything about what happens without revealing key points, so we refer to the official information about the journey that Anna undertakes to find a cure for the disease that is affecting her grandfather.


The seemingly fragile Anna with big eyes and an even bigger heart proves to have an iron will and great courage as she thrives in a world full of evil, faces a hell dominated by bureaucracy or solves problems in a dream town. Sure, it’s easier to be strong when you have the gift of telekinesis, but it’s Anna’s determination that is her true treasure. 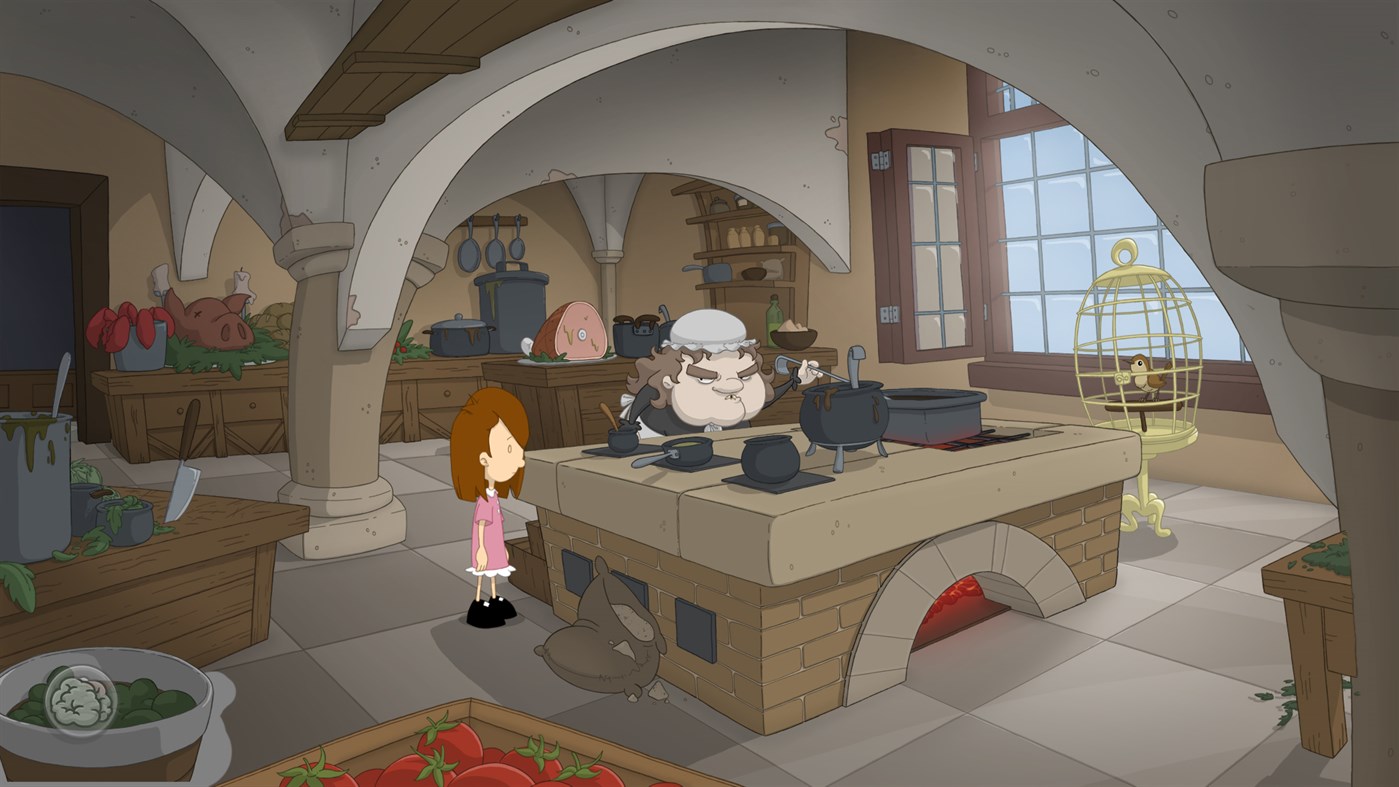 The game contains abundant references to well-known characters from European children’s literature. It gives them a twist: from the Bremen musicians turned into squatters to a Cinderella who lost her crystal shoes at a party while fleeing from a prince who wanted to marry her and who does not fit the image we have of the usual Cinderella. They are funny and shocking winks and give a different vision of characters deeply rooted in pop culture. 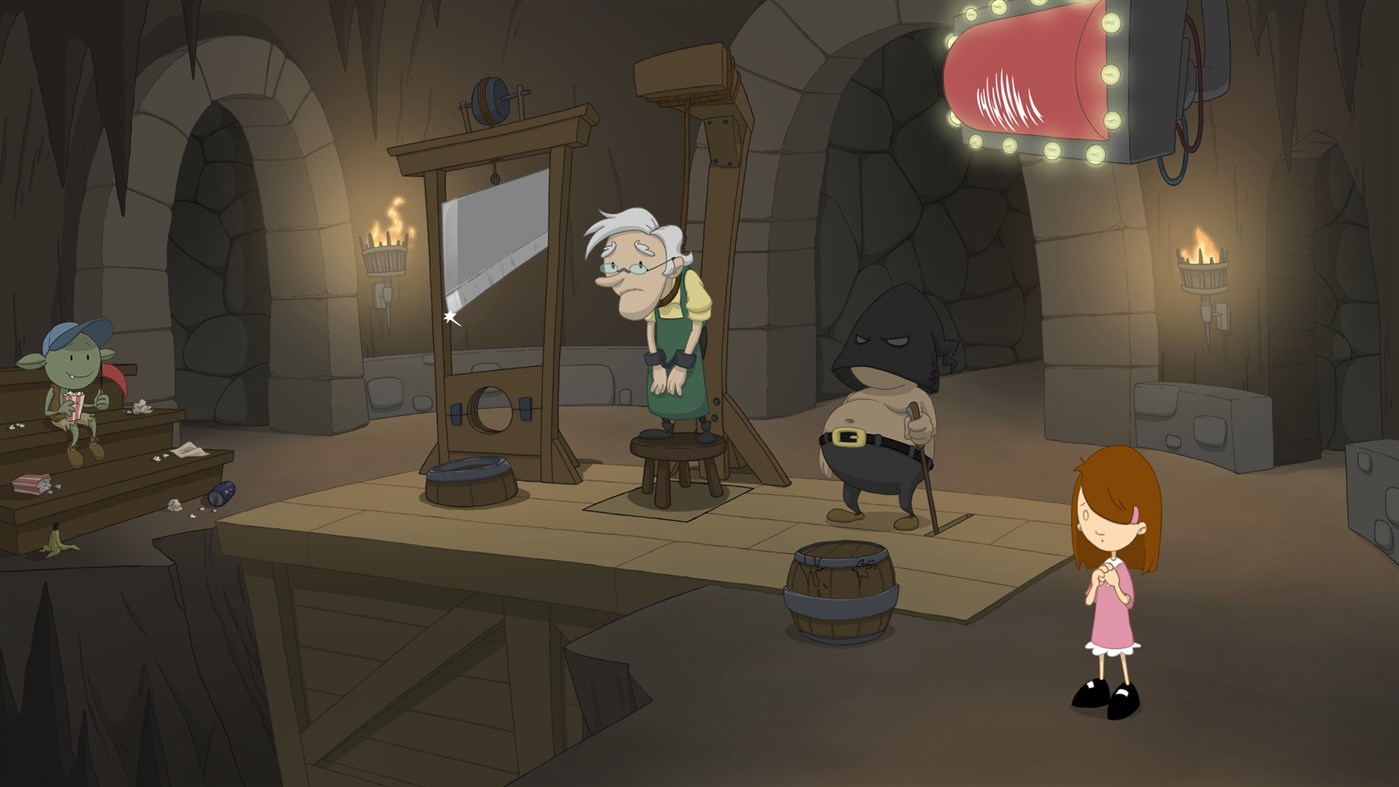 All this with a magnificent script that tells a story that grows chapter by chapter, from the non-interactive prologue that is like one of the extras to the end that fits each piece in its place. Anna and the secondary characters are very well defined, so much so that they could be part of that same classic European imaginary. 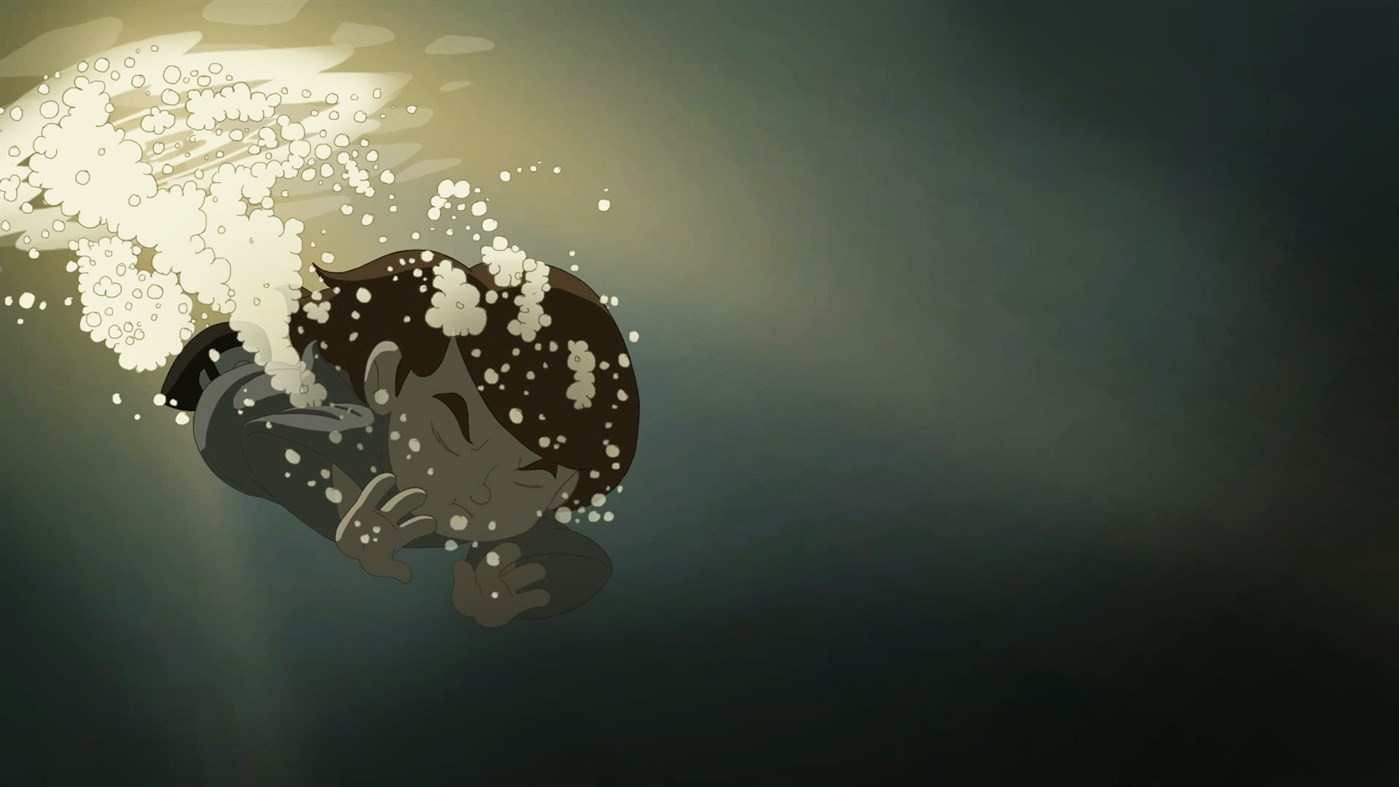 In addition to folklore, the game includes a couple of charming tributes, with the fleeting appearance of a character from The Devil’s Men, another video game edited by Daedalic, and another character who uses video game expressions to speak.

A well-crafted story with well-designed puzzles

With Anna’s Quest, we are facing a good example of how a one-person project can end up becoming a product more intended for the general public and with very decent quality. Anna’s Quest is the result of the efforts of Dane Krams, who self-published chapter 1 through Krams Design, and the game even made it to Steam’s Greenlight before Daedalic was convinced that it was a bet that deserved to come out as a full game, with six chapters that successfully spin the story together.

One of the things that we liked the most is the great variety of puzzles that there are: visual, pencil and paper, linking dialogues in the correct order, levers, acting at the right time, even those illogical ones that will give you a good time hanging around … most of them are entertaining, some are surprising, and others are a great example of the hallmark of the game, a bitter and sometimes black sense of humour. They are well-thought-out and varied puzzles that maintain a high and constant level. 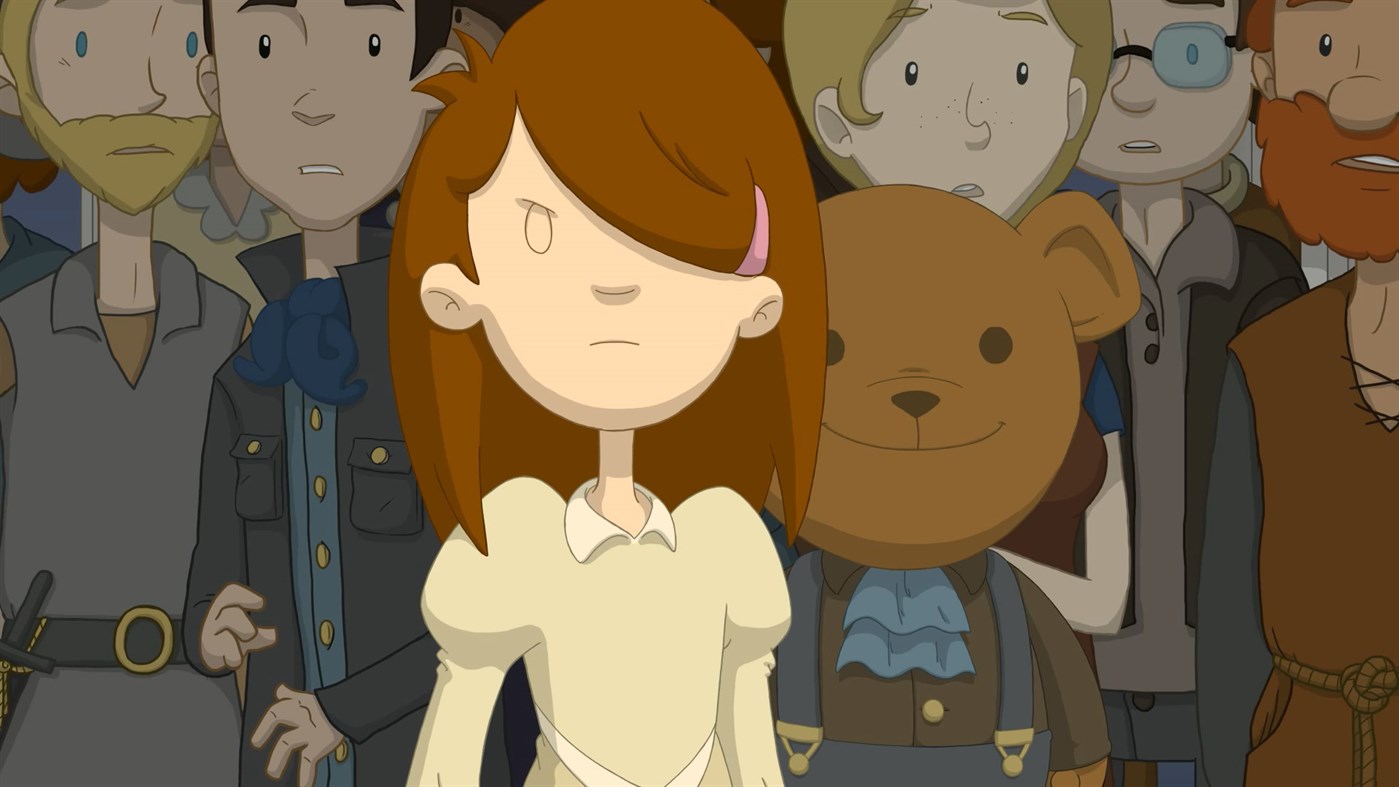 Almost as fine-tuned as the puzzles, you must solve is the way they are presented to you. When you start in each scenario, two or three lines of action open up. If you get stuck in one direction, you can continue in another, which adds dynamism to the story and reduces the possibility of becoming frustrated. It is a linear story, but with some arabesques that make the settings come alive.

Just as a childish appearance does not imply a childish script, do not assume that the game is easy; Although it marks the points with which you can interact, it shows its classic inspiration in the fact that you must carefully read the explanation of each object and always remember that any action or comment may vary from what you have already reviewed. The inventory is almost always clean, and the problem will not be to know which object you can use in which place, and it is not so much about trying impossible combinations at random as it is about finding what you know you need.

Far from the adventures that made a good genre boring years ago, it’s not about moving forward and clicking the left mouse button; just as important as the information you receive with the right button, and you always have to keep telekinesis in mind. of the protagonist. At first, it becomes strange to incorporate it as a resource, but as the game progresses, it grows simultaneously that Anna evolves and gets stronger, and it ends up being such a basic resource that, when you don’t have it, you miss it.

The deceptive childish look that Dane Krams – game director – wrapped his creation with makes sense precisely because it is the complete opposite of what Anna’s Quest is inside and what makes it a fable in the best classic style. This is best seen in the first chapter, which combines a current setting, including technology, with another more typical of more than a hundred years ago. This contrast between science and magic and the science fiction that Anna’s telekinesis involves represents a second reading of the game.

In the following chapters, the historical setting dominates, but the connection between what counts and what is seen is not always well maintained. Graphically it looks good, and the characters move in a fluid and good way, but artistically the game ends up being somewhat poor and without personality. Anna has big eyes, but her expressiveness is cold; perhaps it is the payment to start as an independent project in 2012. Ben, the teddy bear accompanying Anna during part of her adventure, has more strength than she. 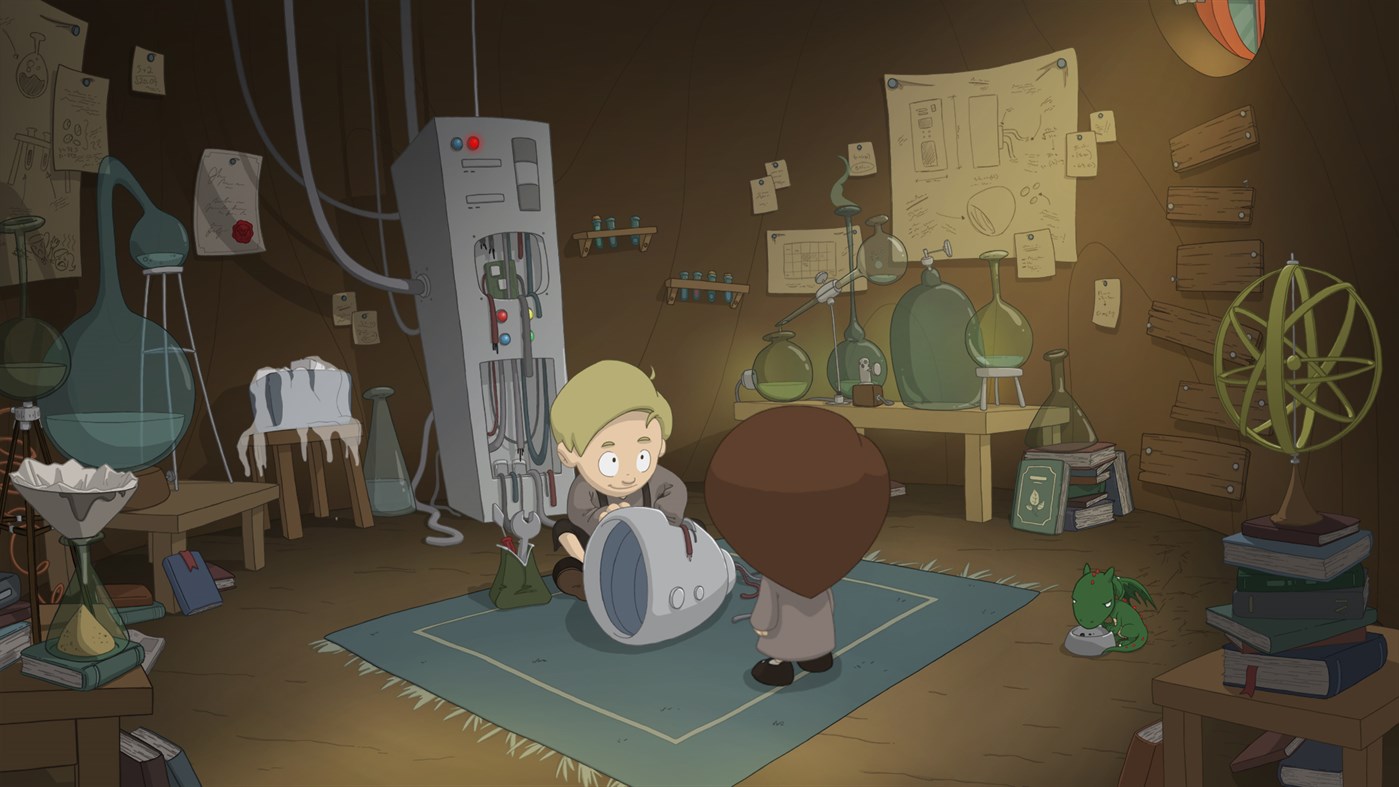 Music also acts as a bridge between what you see and what you are experiencing, but it serves better as a glue between both elements; It fits in with the European tradition but has a timeless and mimetic air that allows it to fit in well. 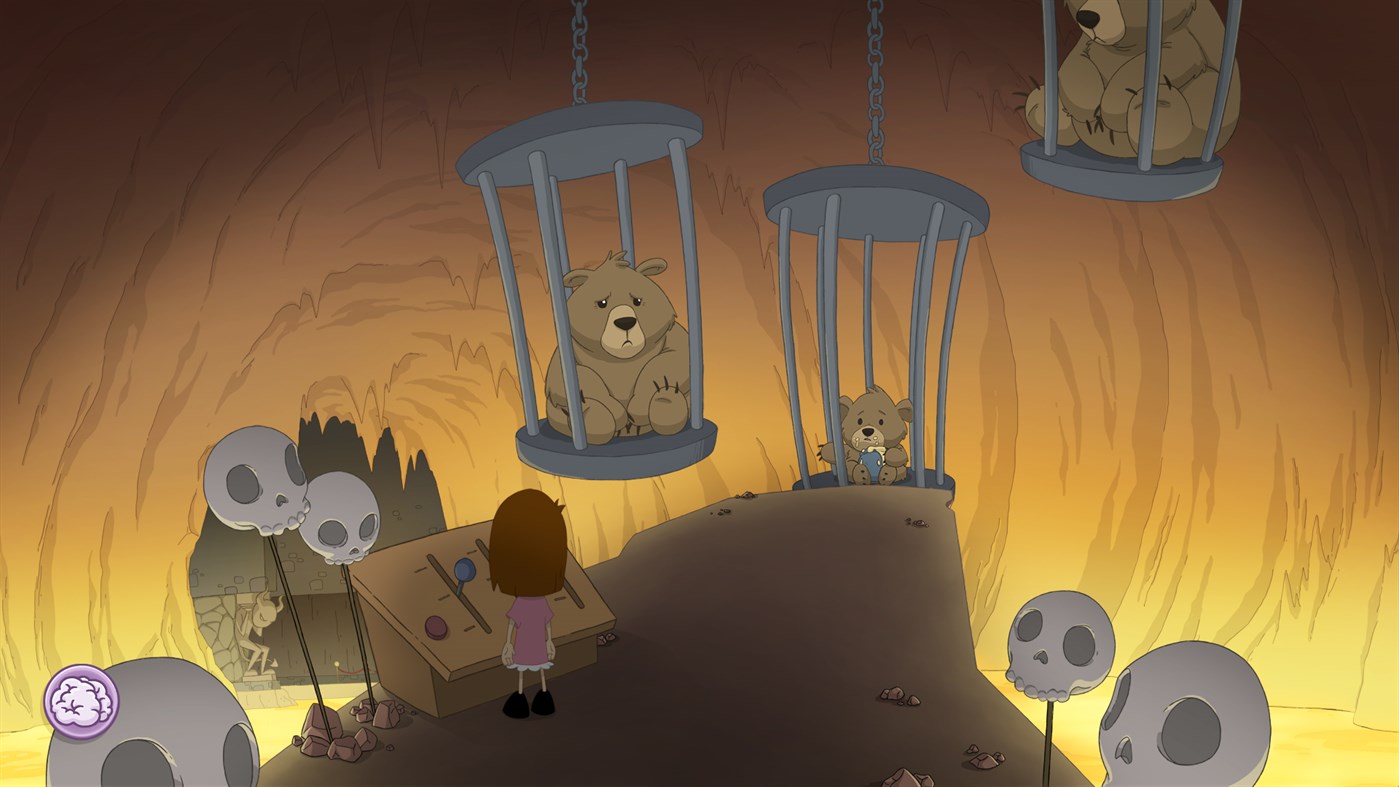 The interpretation of the voices is equally adequate to make the game believable. Anna speaks with great sweetness, recounting recommendations from her grandfather while using for her purposes without remorse any character who intervenes. The sound effects are somewhat scarce, and when Anna uses telekinesis, it isn’t enjoyable to see and hear. We liked that combination of childish expressions when you propose an impossible action to Anna.

Anna’s Quest is still a story like the Grimm brothers, Charles Perrault, or Hans Christian Andersen wrote years ago. Like those, it has its moral and adult toughness (actually Little Red Riding Hood or The Tin Soldier tell terrible stories). 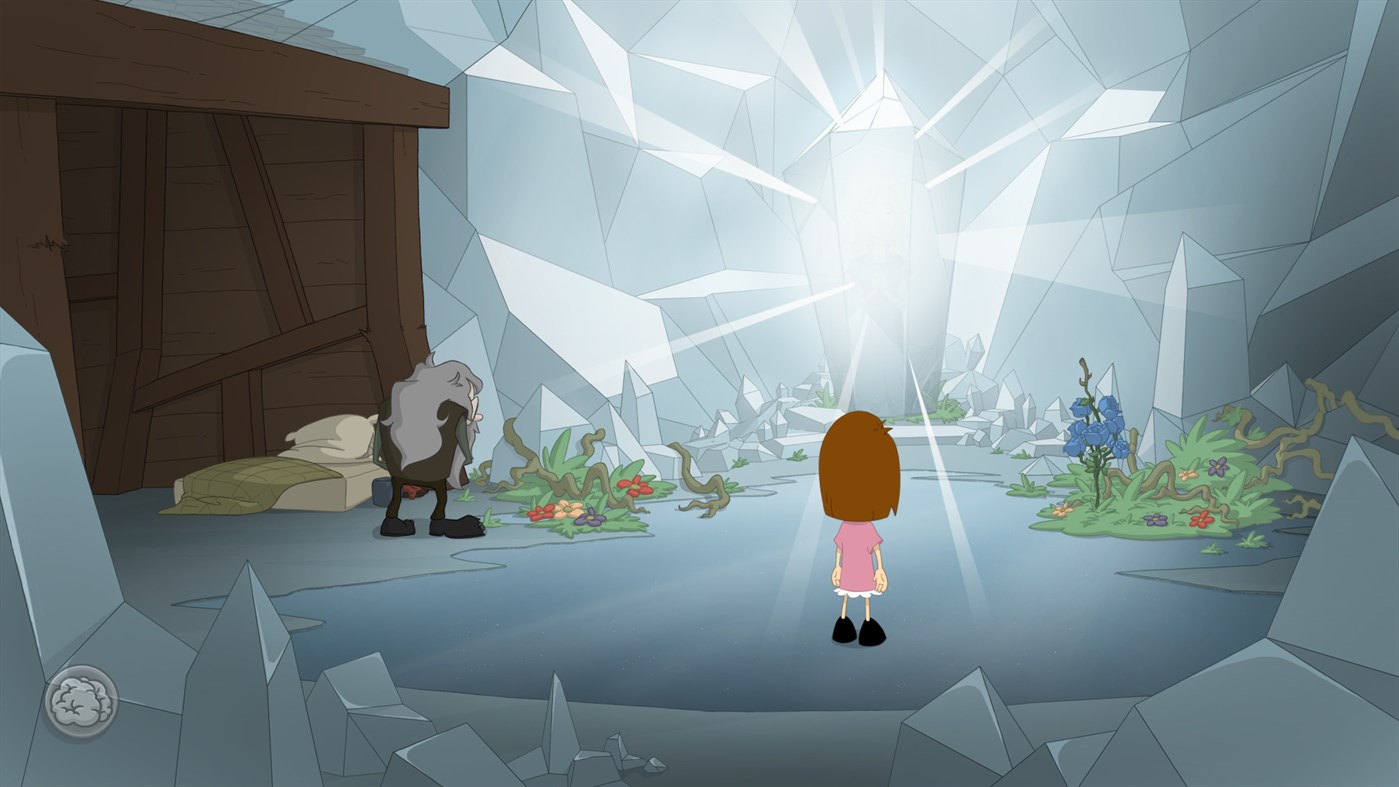 It is an original and interesting story, a fable of good and evil, with well-designed and developed puzzles. Perhaps it depends too much on its ending, but, on the other hand, it is what happens to the tales of yesteryear. It is an enjoyable game that grows as it progresses and that undoubtedly deserved to be a complete title.