King of Fighters R-2, the sequel to the debut of the series on the Neo Geo Pocket console , this time coming to Nintendo Switch with many new playable features.

SNK went to great lengths to make its Neo Geo Pocket Color console a key player in the market. And although in Japan they had a good response from the public, in the West there were few users, SNK fans and few more, who placed their trust in the handheld, ignoring the other proposals of the time. The attempts to attract attention in the form of software were reflected with games as careful as King of Fighters R-2, which recovered the philosophy of the first installment, but took it much further with the introduction of new features and especially colour for that will highlight characters and decorations and now after almost many years we can re-enjoy this gem on our Nintendo Switch.

The game remains, in terms of playability, faithful to what we saw in the first installment, which was very well received due to the solid combat system. King of Fighters R-2 is based on The King of Fighters ’98, adapting the main ingredients that shaped the arcade in a portable format. The available characters, for example, are already a good reflection of SNK’s intention to maintain the look and concept that we saw in the original version. 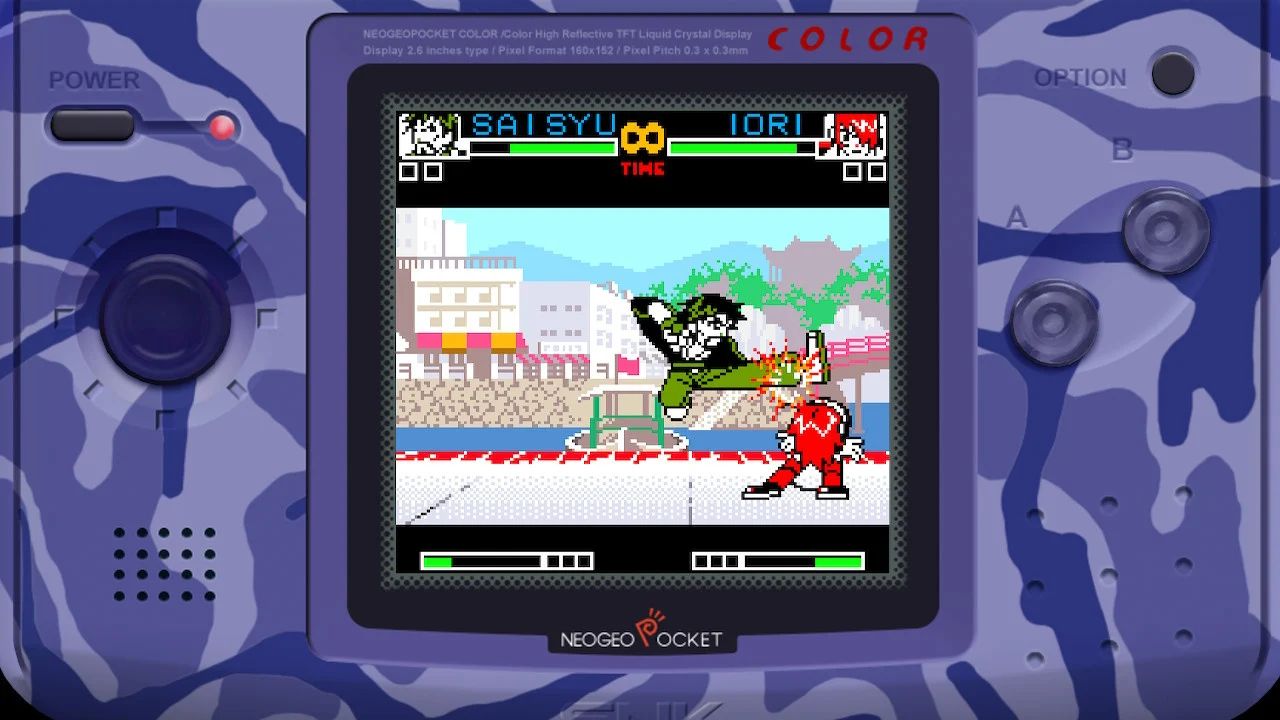 There are four teams and a good number of special characters, who above all have plot importance. The Kusanagi team is present, with Kyo, Saisyu and Shingo, the super girls team, with Athena, Yuri and Kasumi, the new ST team with Terry, Ryo and Mai Shiranui, and the Orochi team with Yashiro, Shermie and Chris. Additionally, both Leona and Iori are available individually, and there is a large selection of unlockable characters categorized as special, with the Orochi version of Yashiro’s team in full, the classic versions of Mai, Ryo, Kyo Yuri, and Terry, and the boss, in this case the well-known Omega Rugal. 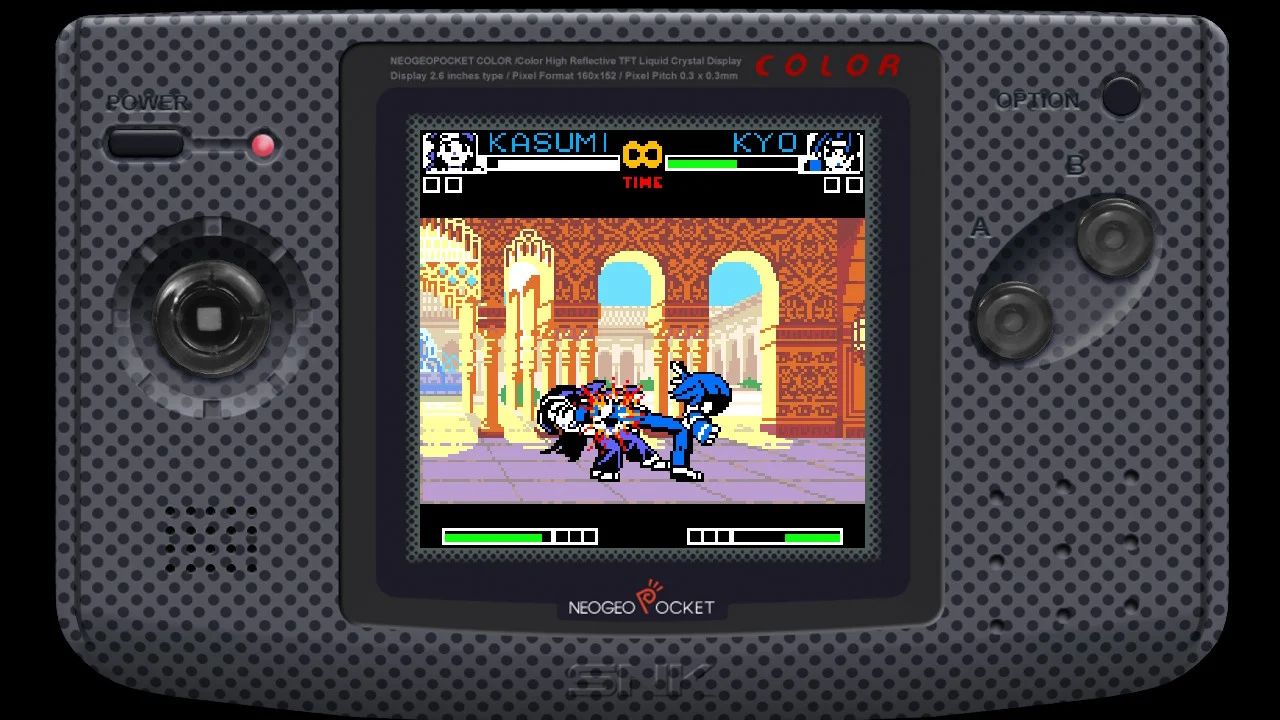 Although the story is well represented, and has an individual mode, by teams and the option of games against another player, something that was well received in the first game, the core and what surprises of King of Fighters R-2 ends up being another thing. It is the customization mode in which we take control of a character and edit as we progress, combat after combat. The particularity is found in the objects and elements that are provided to us to customize our fighter. Not only do we customize the appearance of the character with its main color, but we will be able to take advantage of tons of objects, and even firearms. With the objects that we get, we will improve the characteristics of the fighter, which will make everything directly influence the game system. 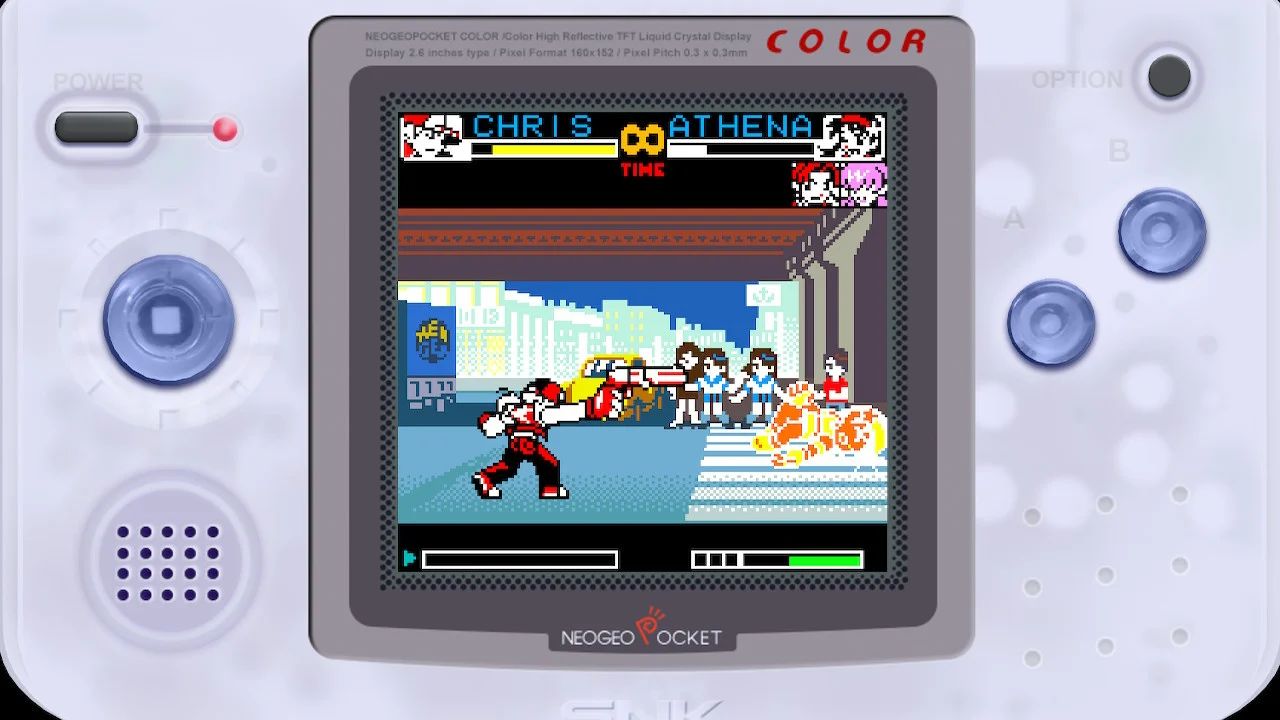 In general terms and speaking about the combat system, King of Fighters R-2 retains all the spirit of the series, counting on high speed and effective representation of the fighters. Chaining blows through combos works practically at the rhythm that we have practiced in the arcade version, and although the characters are presented in SD form, it is easy to find the right timing to connect all the movements. A good adaptation work has been done, and although it is true that some characters are out of tune because they occupy the place that some more well-known ones could be filling, it is also true that a little variety in terms of fighters is not received with negativity either.

The difference that the departure of King of Fighters R-2 made with respect to the first installment was mainly found in the use of colour. The sprites, the settings and the style, in general, were kept very respectful since SNK had received good feedback from the users. But a simple colour palette was adopted with the aim of representing everything more vividly.  The most thing of this adaptation was the way in which the special attacks are displayed, which thanks to the colour gain in intensity and if you’re a fan of retro style gaming, then you’re in a treat. The characters also improve, but they are too reduced to using the same colour in combination with white, so while it helps to differentiate one from another, the result could be more impressive. As for the scenarios, they recover some of the most famous of the original game and they do so with many small details. 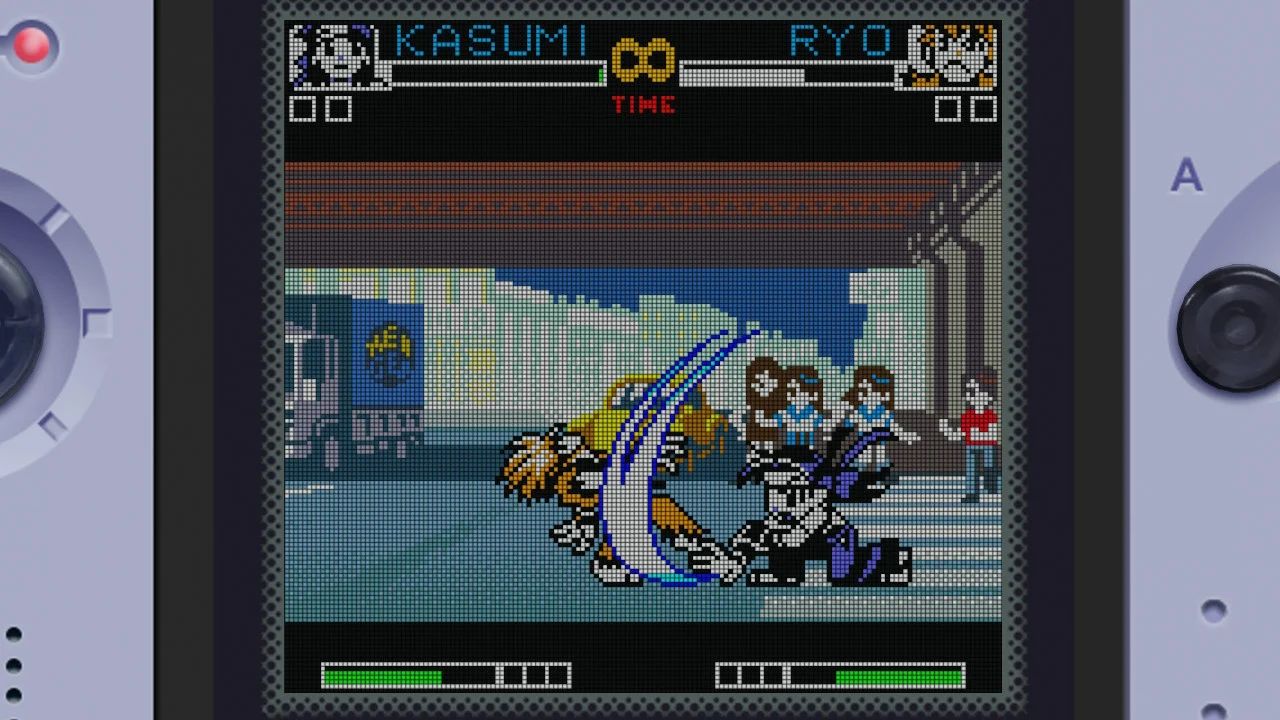 The sound effects are very continuous with those of the first game, and both the effect of the hits, which is constantly repeated, slightly modified, offer low quality, without going beyond the usual MIDI capacity. The same happens with the soundtrack, in which you can listen to some recognizable songs, although without ending up being very catchy. 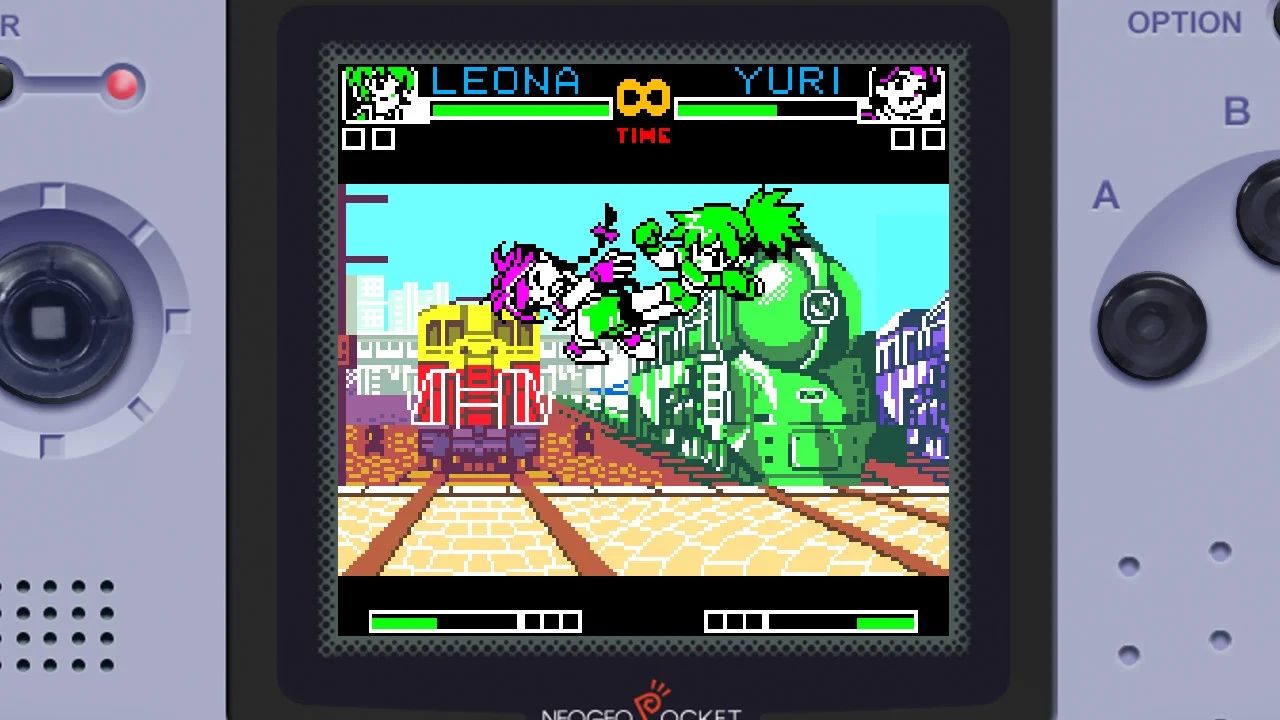 King of Fighters R-2 is considered, for many good reasons, as one of the most complete and addictive Neo Geo Pocket Color games ever to appear on the machine. Not only does it have very challenging gameplay, but it also incorporates fresh and original ideas, such as the customization mode. In addition, the title knows how to take advantage of the colour that was added and even cares about telling the story of the game so if you like retro games and whether you’re a new or returning player, this is a must-have title for the fans of the genre.