The fun multiplayer battles between Plants vs. Zombies return with a successful sequel, filled with content and focuses on enhancing the gamer experience.

Back in 2014 PopCap Games introduce us a fun multiplayer action game  “Plants vs. Zombies: Garden Warfare” a shooter for the entire family, became one of the biggest surprises so far this generation. Cooperative and competitive battles with lots of personality and charisma , a breath of fresh air in a very populated genre.

Two years later comes its sequel, Plants vs. Zombies: Garden Warfare 2 , a sequel that offers more and better of the same , with a lot of content, and PopCap Games will continue expanding in the coming months with free upgrades .What’s new in this version? New maps, game modes, six new character classes. Definitely a fun and comprehensive action, and that being unique in the genre, Plants VS Zombies: Garden Warfare has not lost one bit of freshness and originality two years later .

When starting Plants vs. Zombies: Garden Warfare 2, you  will not find the classic menu to choose game modes, but start directly to control your character on a big stage, called the Patio. This the base of plants and zombies , and have a central area where battles are fought tireless, with allies and enemies handled by the AI. Within the base of either side, you have access points to different game modes , including competitive multiplayer, cooperative horde mode, the selection and customization of the characters, our statistics and unlockables or player missions , which are part of a sort of story mode. 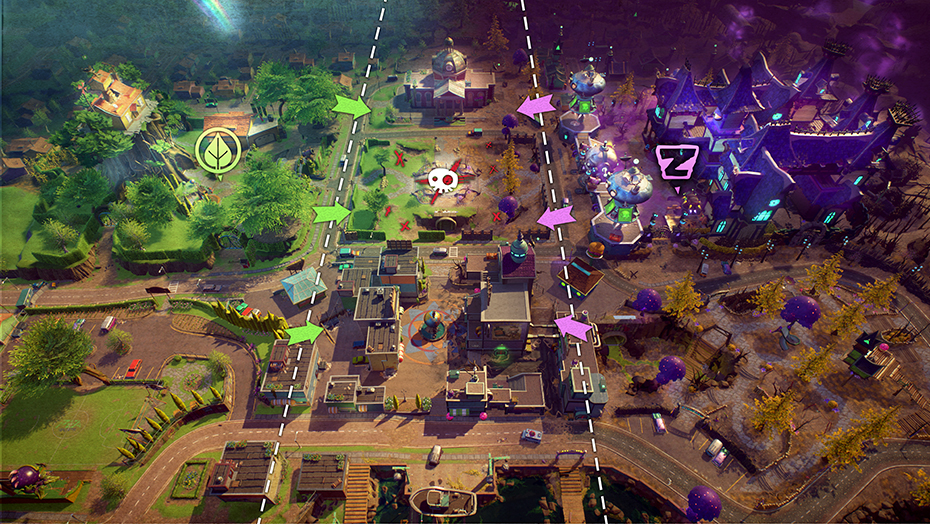 As for the story mode content, many of them are developed at the Patio own, others in multiplayer maps, and have a certain plot context, which as you can already imagine if you know the story, and this is a crazy humorous story . There are two campaigns , one for plants and one for zombies, and there are nearly 20 missions in each, which is not bad. The missions are relatively varied at first, having to perform certain goals such as pick up an object from defeated enemies or a boss, and there are some other situation that is out of the norm.

There are horde type missions that take place in the Garden Operations maps, and the good thing is that these create a team of four characters, which you can switch control of each of them at any time . In addition to these missions a player can play at different levels of difficulty, so it ends up being a novelty that brings more value to the product and makes it more complete. Yet this mode doesn’t support online or local/splitscreen co-op, like some other modes.

Atomic Heart already has a release date and celebrates it with a new trailer
November 2, 2022

This Silent Hill Remake made in UE4 looks amazing, but we never get to play it
January 10, 2020
Average User Rating
9.5
1 vote
Rate
Submit
Your Rating
0