Numantian Games presents us the definitive version of its strategy game with a very fun survival mode and a campaign.

Beginning of 2018, the Spanish studio Numantian Games launched a strategy game called They Are Billions on the Steam early access platform that quickly managed to go viral and win the embrace of both critics and the community and the creators of content for their particular crossing between RTS and tower defence.

A year and a half later Numantian has finally launched the final version of the game on PC offering us the same fun gameplay and adding more content as a campaign that, in some aspects, has been great for this small team of national development. Also, the studio has launched the game on PS4 and Xbox One, versions that we will go over in this review.


It’s billions … and you better have your defences ready

The survival mode was with which the game was released, and the one that continues to be the star of They Are Billions offering us a kind of a mix between a real-time strategy game and tower defence in which we will have to defend against waves of thousands of zombies They will try to destroy our strength.

What do you do to succeed? Survive by building walls, obtaining resources as we can and recruiting troops and improving defences to try to deal with the zombie threat. 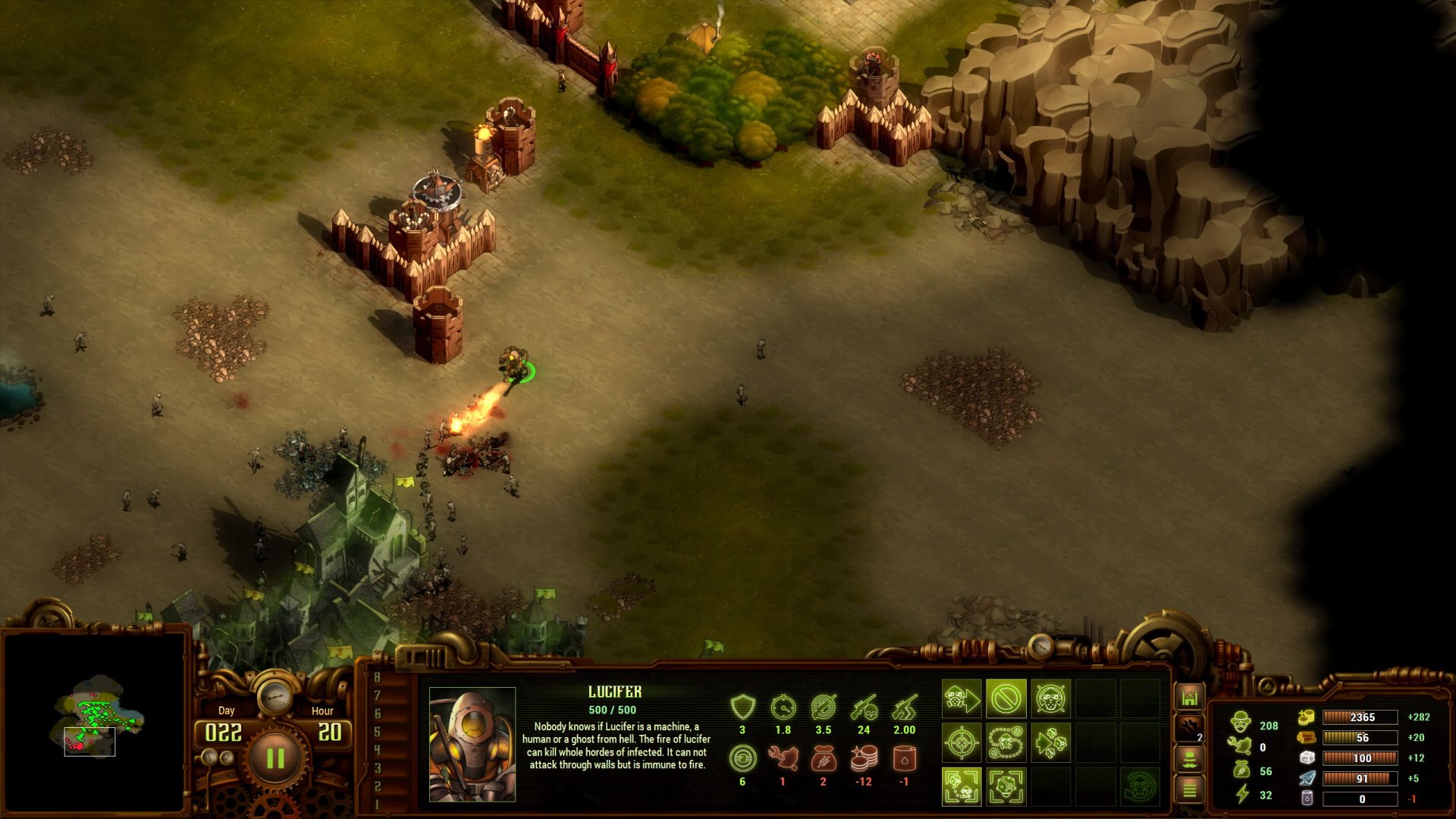 The best game mode of the game remains, precisely, this survival mode in which we will have to choose at the beginning of the game a scenario, the number of zombies we want to face and the real-time of days to survive to achieve victory in the game and start the simulation.

This game is a beautiful and challenging proposal, having to collect food and manage our defences, troops, resources and even the correct placement of the buildings if we want to survive this particular holocaust zombie.

One of the main attractions after the early access finished and They are Billions launched as a popular title is the arrival of the campaign that has not left anyone indifferent and that perhaps has been a task that has become a bit significantly important with the final built. 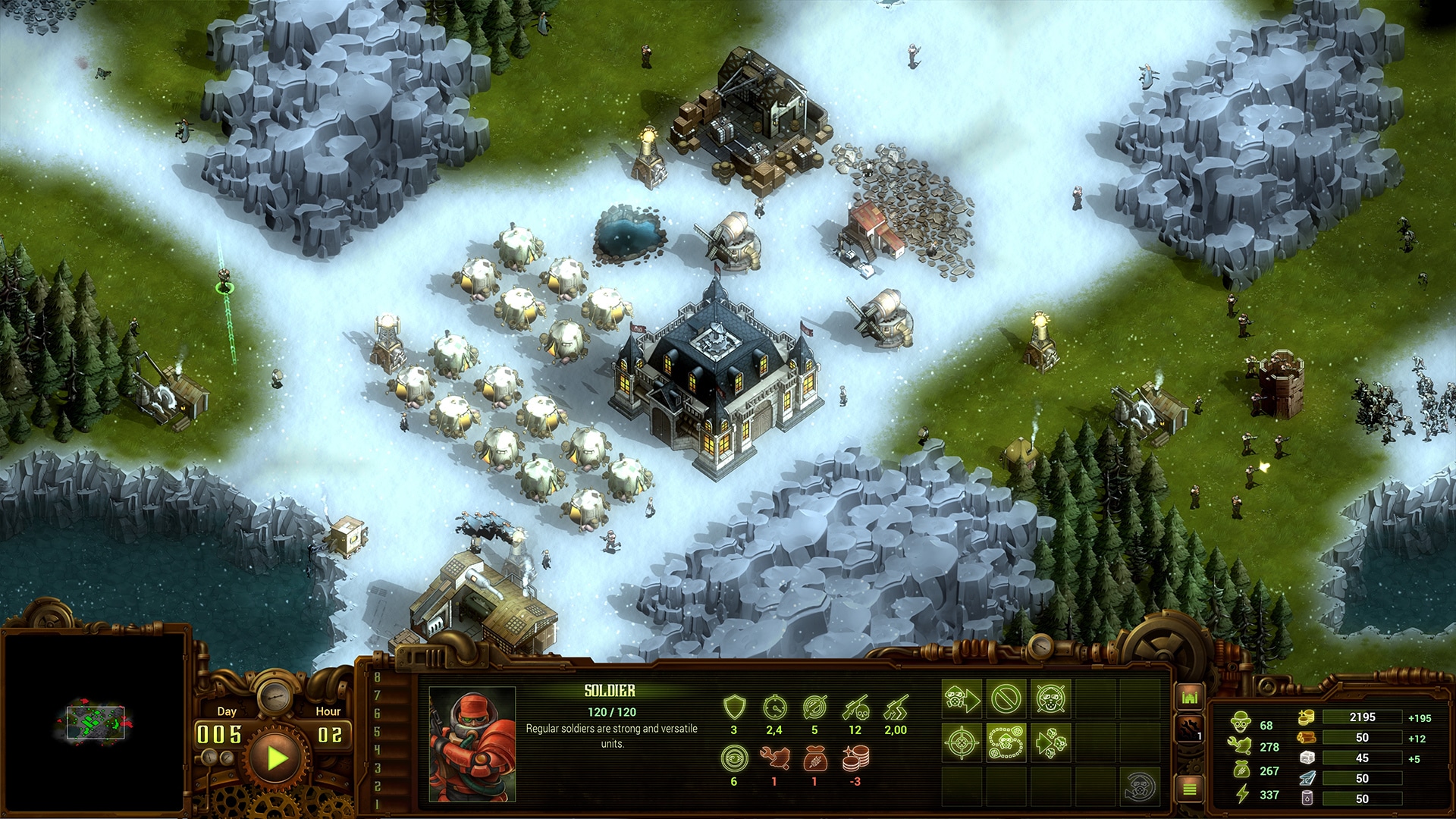 In the first days after the publication of this campaign for the final version of the game the studio has already been forced to make several changes in the difficulty to adjust it better and make the game more accessible not only to the novice players but also to the most experts who complained on many occasions of the campaign being excessively difficult.

After the changes to the campaign, the balance in terms of difficulty set to the right level to enjoy. The mechanics of They Are Billions started to feel great.

The problem is that the development of this campaign is somewhat monotonous, with mission objectives that sometimes seem slightly dull. 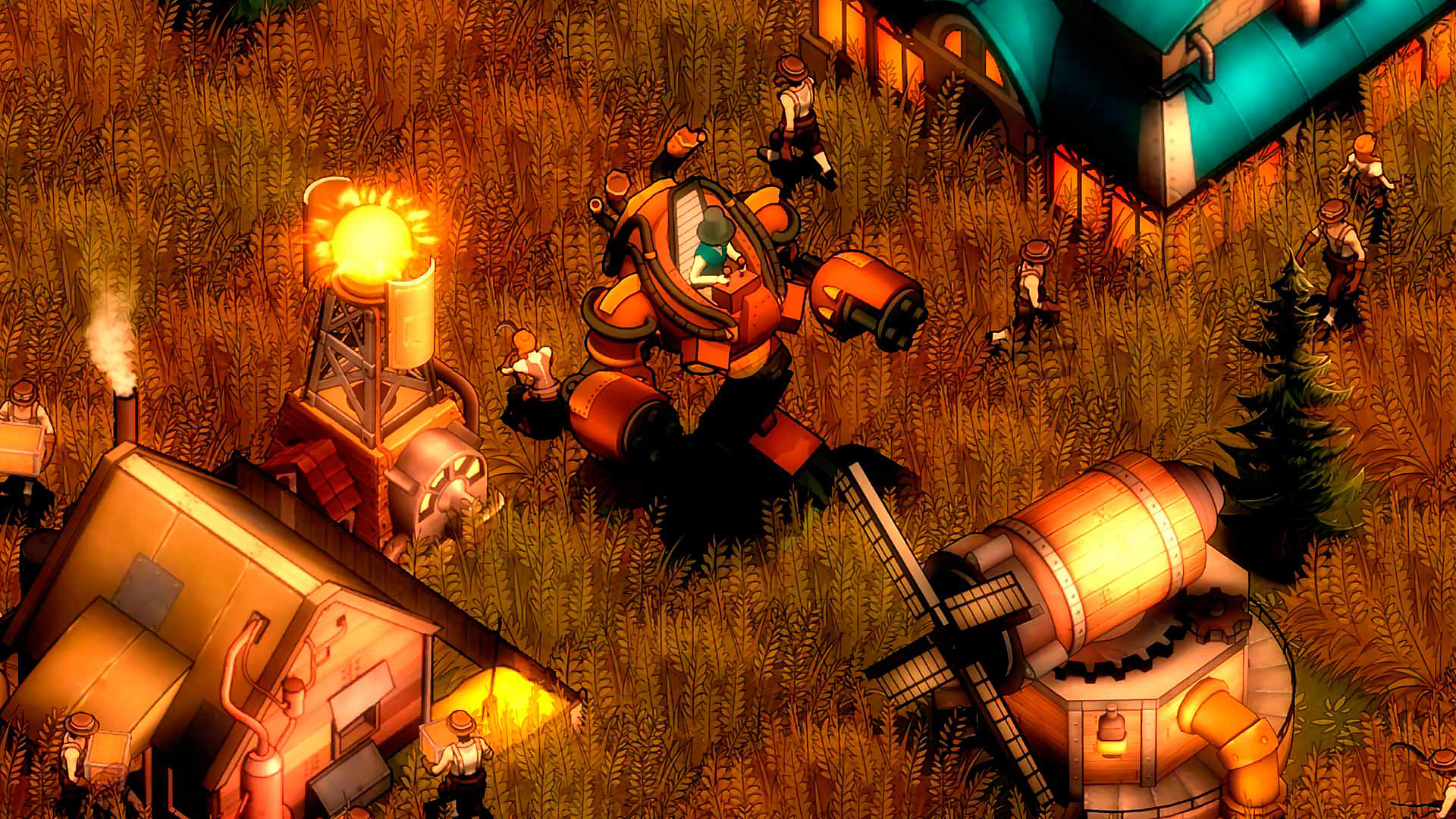 To give some examples, one of the types of mission that Numantian has included in They Are Billions to give variety to his campaign has been that of tasks focused only on heroes in the style of Warcraft 3 or Starcraft 2. These missions, called Tactical Missions challenge us to complete specific objectives on a map in which we will control, for most of the time, a hero or heroine that we have chosen at the beginning of the campaign but, nevertheless, the mechanics of themselves and the powers of our heroes are somewhat monotonous with respect to other games. 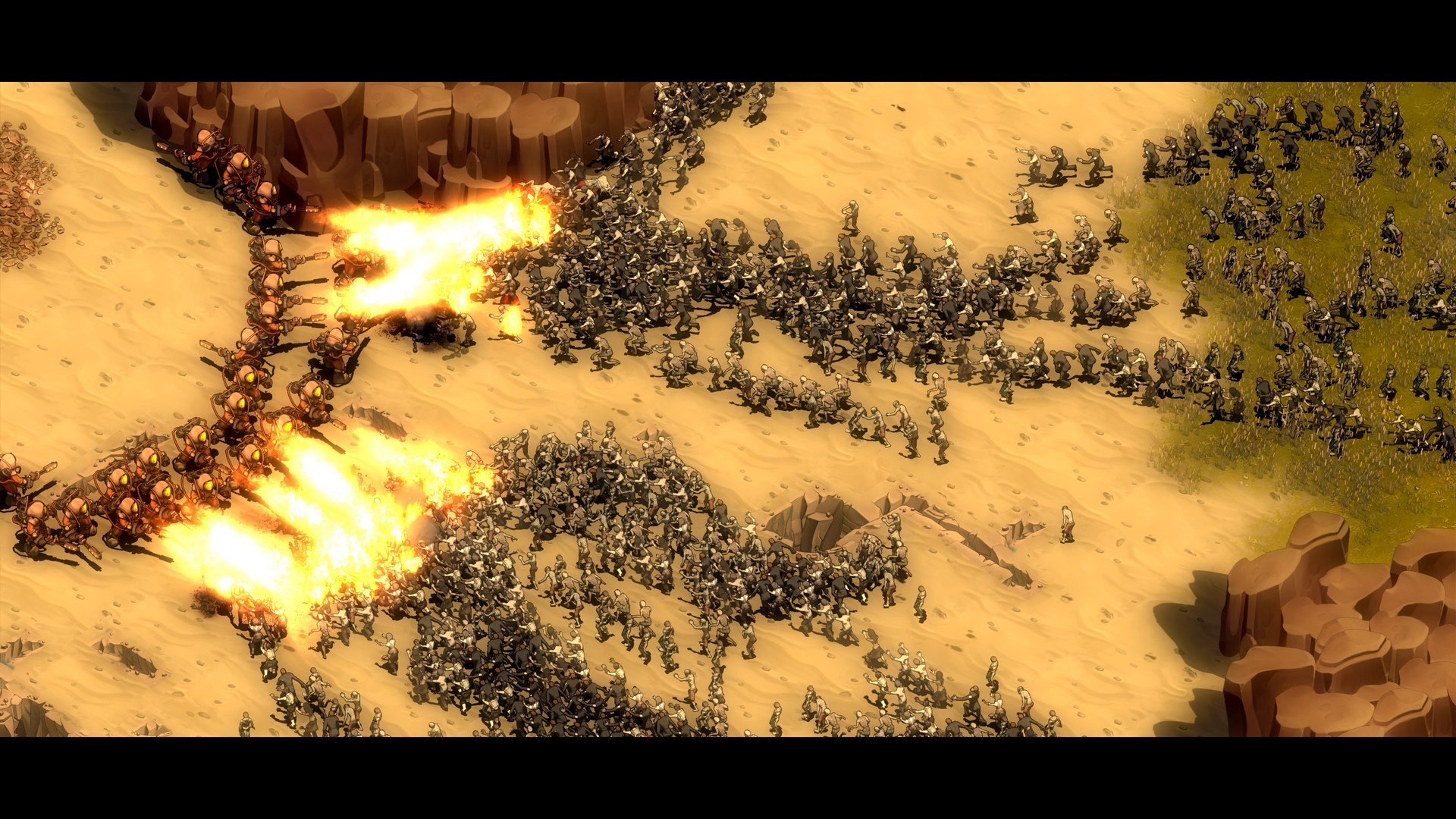 The Attack missions are much more fun that test our expertise as survivors having to deal with waves of large numbers of zombies in inferior conditions with troops and defenses that we must choose at the beginning of the game by drawing a plan to try to end the swarm of these undead while protecting the Official Post that serves as the basis.

In general, the mechanics super fun. They Are Billions‘ survival mode has not been the most inspired, having some somewhat dull moments that detract from merit to a beautiful playable formula.

Challenge mode and content in abundance in the Workshop

Besides, to the Survival mode and the Campaign, we can add a Weekly Challenge that will allow us to “face” other players on the same survival map. The weekly winner, as you can expect, is the one who achieves the most points on the survival map chosen for the occasion.

We can also access all kinds of custom maps created by the community through the Steam Workshop in which the modders share a large amount of content that gives a lot of value to the work of Numantian Games.

The consoles version of They Are Billions does not have the same content as the PC version since we can only find the Survival Mode and the Weekly Challenge, both the Campaign and the custom maps of the community being absent. 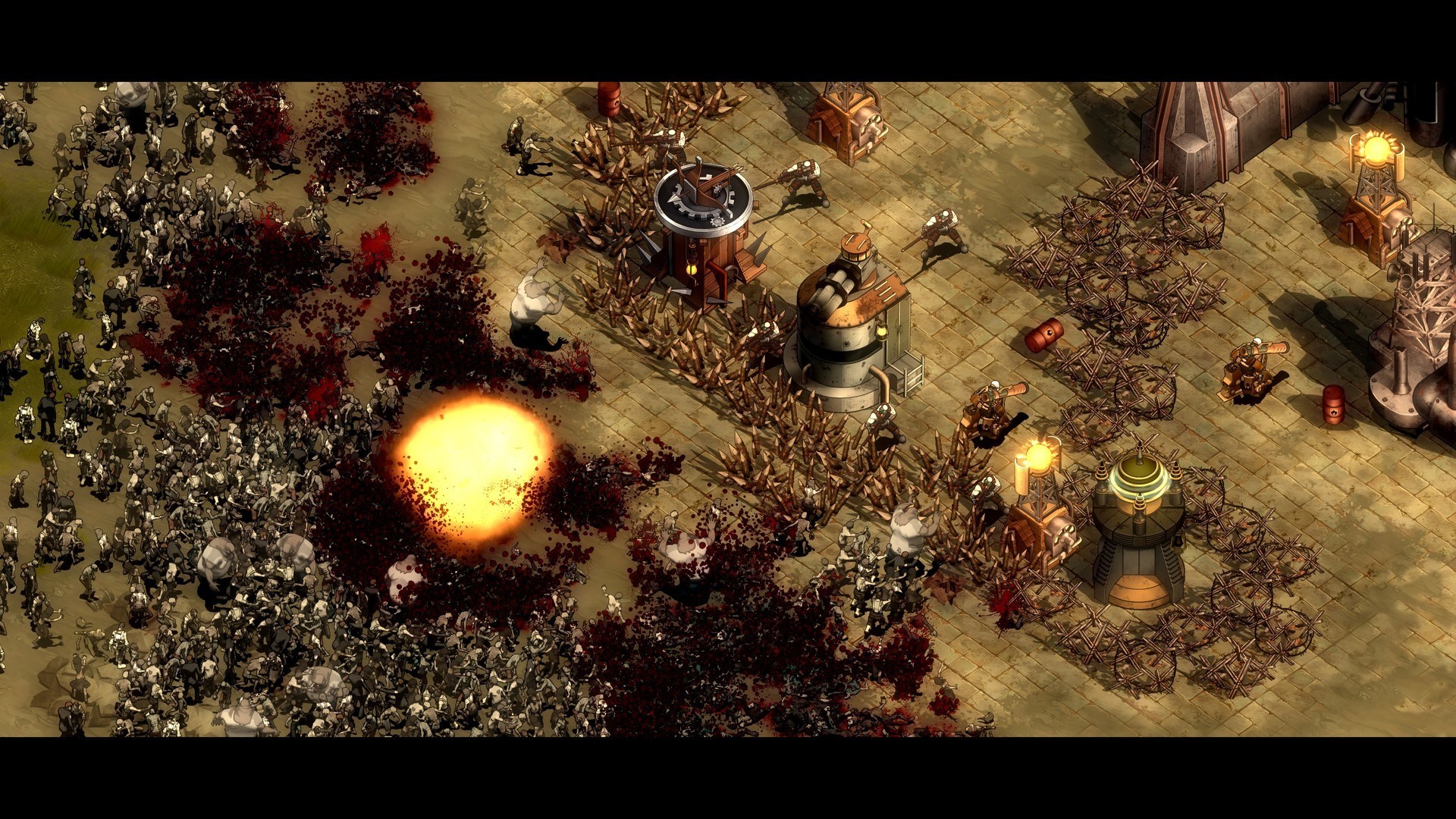 As for the adaptation itself, we find the same interface as in PC without any change that we would have appreciated, at least, in the main menus of the game. At the playable level, the control is agile, comfortable and has new shortcuts such as the possibility of assigning different alternatives to the units by pressing L1 / LB + R1 / LB, although obviously and as usually happens with these strategy games, playing with no command It is the most comfortable. At least on Xbox One, it is compatible with keyboard and mouse.

Turning to performance, at least in PS4 Pro the game looks, at a glance, at 60fps stable and the only issue is perhaps the long loading times.

On PC, They Are Billions, although it is a simple game at the graphic level, looks pretty good thanks to a very successful artistic section that makes the strategy title plays without apparent performance problems.

On a technical level, the loading times are quite fast and, as expected in a game of this style, we have not had fps drops or problems in this regard, enjoying a constant experience at 1080p and 60 frames per second on a PC.

However, the game is not free of bugs, and we had encountered some errors, being an especially serious one that completely blocked our computer when we switched to another application something without much sense given the specifications of our equipment.

Less severe has been an error that we have found in some animations and movements of the units, remaining, in some cases, blocked walking against a wall, building or other unit taking a few seconds to react and dodge it.

They Are Billions is a fun strategy game that stands out for its survival mode that, inevitably, will have you hooked for a few hours thanks to the challenge of managing our strength to resist the attacks of the thousands of zombies that we can Find during games. 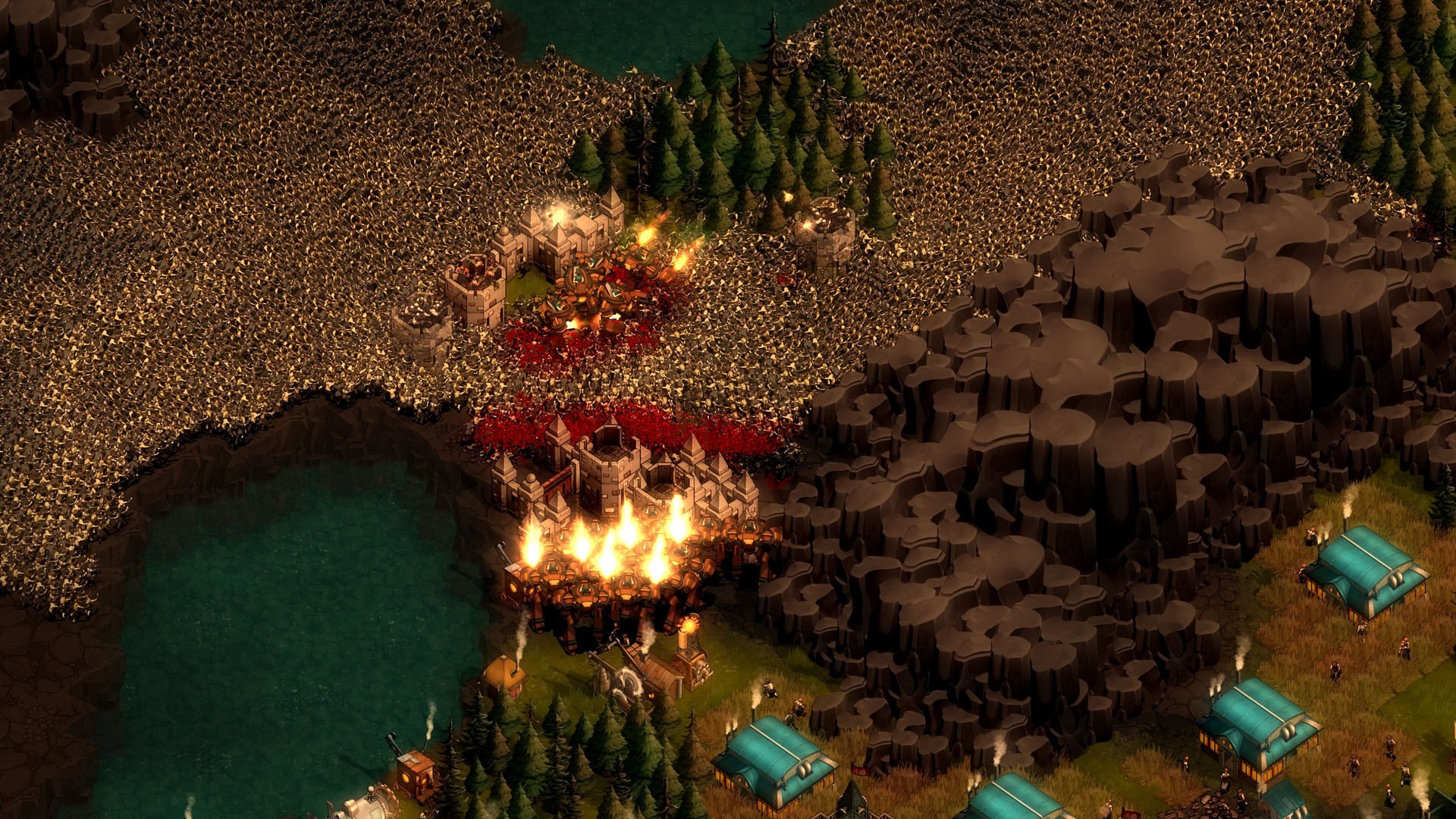 However, the game is much flatter in a campaign mode that, although it entertains, in many places is not too inspired, and it seems that Numantian Games has choked something that has failed to reflect the freshness of the mode and Fun Survival mode in the context of a campaign.

Despite all, They Are Billions is a delightful game that will undoubtedly please lovers of real-time strategy in addition to reaching consoles, platforms that do not usually enjoy games of this genre.

We have prepared this review on PS4 Pro with a digital code provided by Terminals PR.