If we look back, we understand that there are genres and game types, and children who are products of their time. Titles that if we get a generation of consoles or a lapse of a few years in particular, they may lose all sense. The reasons may be different: companies that no longer exist, limited jugabilidades, lack of power of the old consoles, a massive and rapid changes of a specific genre or special and typical case of music video games, complete and utter weariness the player.


We ask a small favor of hindsight, for the sake of our introduction. Viajad us at last, just when the tail-called 128 bits and be the dawn of a new generation of consoles such as Xbox 360, PlayStation 3 and Nintendo Wii loomed. The world of video games, after notable precedents and honorable previous consoles, began to aim at an age of absolute expansion into new markets and niche audience with a Wii that opened horizons and democratized the game in a massive way. People claimed experiences, new jugabilidades accessible and fun, and titles able to break through the barriers of the pads and knobs control and become the center of your entertainment for weeks.

One way or another, and derivatives karaoke games aside, the music titles managed to fill a void for millions of players who saw their guitars and instruments, a new setting in which to enjoy playing your favorite songs . Yes, video games focused on the music are nothing new, and spent decades swarming different consoles and machines that have been in and out of the homes of fans.

But it was not until the boom of the saga Activision title, Guitar Hero , when suddenly, the whole world went crazy for this kind of game. There was no party, exhibition, convention, salon or specialty store, not having the usual boy or girl playing with a guitar and pressing colored buttons in time to the screen. Everyone wanted to enjoy such a different experience at home, and feel part or rock stars for a moment.

Naturally, the companies saw reef, and eventually seizing the moment . Guitar Hero finished counting numerous sequels, editions, versions and re-designs its instruments , quickly, and with the advent of competition, as it is Rock Band , whose now-analyzed quarter, month after month succeeded in store shelves. It was impossible to meet specific games full version of particular groups or packs and expansion packs which increase playlists available in games. 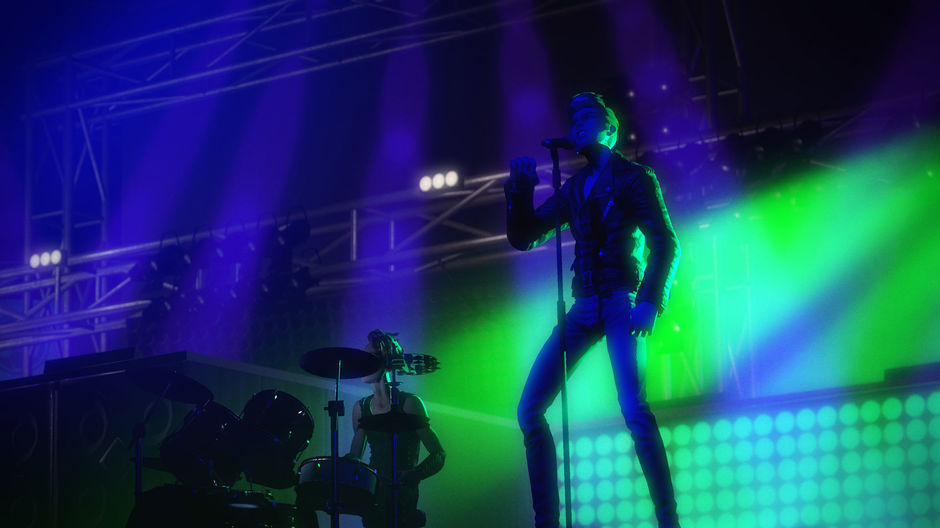 For a while, things seemed limitless. Even versions were removed with a plate of DJ, and DJ Hero! And when it seemed that we would still have drums, bass, microphones and mixing consoles for years, as well as a host of musical peripherals surrounding the bubble burst with a loud noise and ironic dishes. The crack of the genre on consoles caught many publishers by surprise, but it seemed a logical result given the market saturation in a few years . From 2007 to 2010, it was impossible not to find a new installment of Guitar Hero or Rock Band though this series is certain to be dosed knew something else, and the average user, who exalted gender, tired.

Just over four years later , and with a reasonable time it seems to have healed wounds, and getting the general public expecting a new wave of musical games, we get Rock Band 4for Xbox One and PlayStation 4, the fourth installment of the saga of music titles of Harmonix.