Survival, narrative and exploration coexist in Endling, an adventure in which we visit the environmental apocalypse from the point of view of animals.

That it is difficult to survive in the apocalypse is something that many movies, series and video games have made clear to us. However, it is not always (or rather, rarely) spoken from the point of view of the weakest links in the chain. Endling – Extinction is Forever changed perspective to tell us about the survival of a family of foxes amid an environmental cataclysm, a scenario in which he takes the opportunity to sing for us and show us what our world will be like if we don’t change the way we consume. This wasteland is different because we see it from an animal perspective, not a human one, and from those eyes, we are told a dramatic, tense and complex story that harbours some hope.


It is a work of the Spanish studio Herobeat Studios, a team based in Barcelona that has been working for years to shape this attractive proposal that marks its premiere in the video game industry. In the credits, we will also see the logo of Handy Games, publisher of “small and medium” projects that belong to THQ Nordic. Together they have collaborated to publish Endling – Extinction is Forever on PS4, Xbox One, PC and Switch.  We have been able to play it on the PS4 to tell you what we thought below.

Narrative survival: two facets that it combines with ease

At first, it might seem that Endling is a video game focused on the most traditional linear narrative, a structure that ultimately does not accept as it opts for a much more open than we expected. The game is structured in cycles of day and night, although we can only freely explore when it is dark (foxes are nocturnal animals); we have a burrow from which we can get out to get food, either by hunting or in garbage bags, and try to solve a mystery that we will not tell you anything about so as not to get a fundamental part of the plot.

We always leave the refuge when it is night, but if we are not careful, the day can catch us when we are exploring, and we will have to run back to the burrow so that we are not captured by humans, who are much more present during the day than at night. That does not mean that other nocturnal dangers can harm both us and our puppies, so we have to be very careful: the fundamental thing is to get food for the puppies since they can starve if we do not keep their meter full, but in this daily mission we will face animals, traps and humans that are not going to make it easy for us. 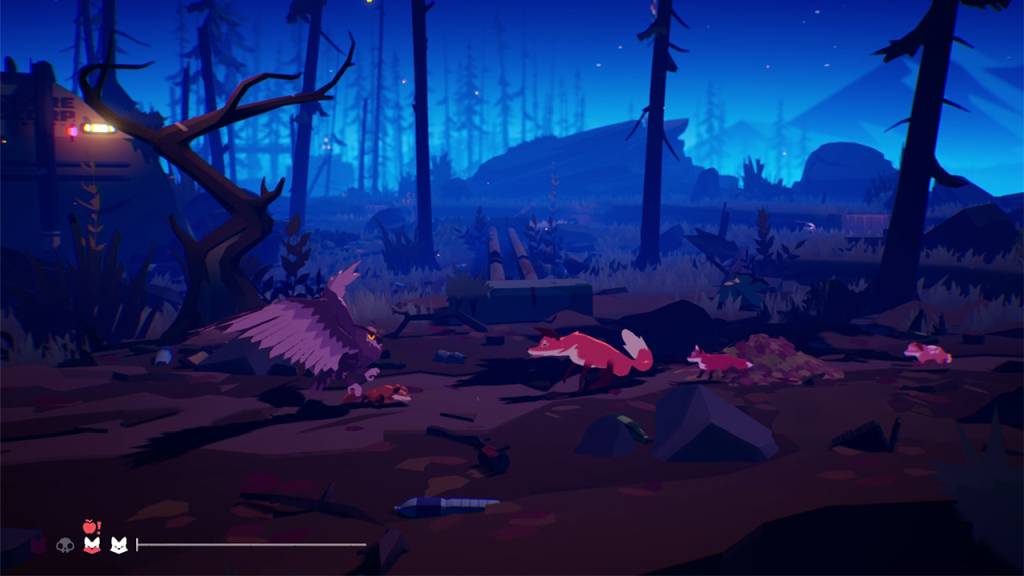 Between these mechanics, a plot is filtered into which we enter tragically and from a more open approach than we expected; As we said, the progress of Endling is much more cyclical and free than linear, something that we liked a lot and that suits him phenomenally. We thought it would be a game much more similar to works like Inside or Limbo, but in the end, it seems more like a light Metroidvania, with the narrative as the background but without forgetting to challenge us to survive. At certain times it has come to remind us of the magnificent Rain World, although undoubtedly much lighter.

It’s hard; prepare to have a hard time.

Just because it’s lighter doesn’t mean we won’t have a bad time: in Endling, there are moments of real tension, driven as much by the lack of food on stage as by dangerous situations with other animals and humans shooting at or trying to catch us. If we fail in one of these conflicts, we are the ones who die, so a game over screen will appear that will force us to restart the cycle; on the contrary, if we don’t get food for the puppies (the mother doesn’t eat, don’t worry about it), they will die without stopping the game so that we will continue the adventure with one less child.

We already warned you: if you have a minimum of empathy for animals, you are going to have a hard time when that happens; at least it has happened to us, and, although it may not be the most lawful thing, we admit having suddenly restarted the game to start the game again. Cycle, thus avoiding bearing the weight of the death of one of our children. It’s not because it’s a bad idea, mind you. Still, on the contrary: Endling establishes a perfect relationship between mother and puppies, making us part of her when it comes to choosing their fur, participating in their growth (they gain skills in the game) and even allowing us to interact with them at any time, caressing them or holding them in the mouth.

All this range of decisions makes the survival of Endling has a different nuance from the rest of the style games (with the apparent exception of Shelter from Might and Delight, of course): we do not hunt for ourselves but for our children. Indeed, they are not always exposed to the same dangers as us (they are not affected by traps, for example). Still, it is a compelling way of transporting us to a hostile world in which a fantasy of power does not develop but rather the opposite. : we are weak individuals taking care of others even weaker.

Side-scrolling in three dimensions: an excellent way to play

Not only is how Endling introduces survival mechanics initially, but also how it allows us to move around the stage. It is a side-scrolling game, so far, everything is normal, but in reality, its map is established as a three-dimensional space: we move from left to right along predefined lanes, although sometimes there are shortcuts that make us change lanes and place us on a new cross route that completely changes the perspective in which we play. 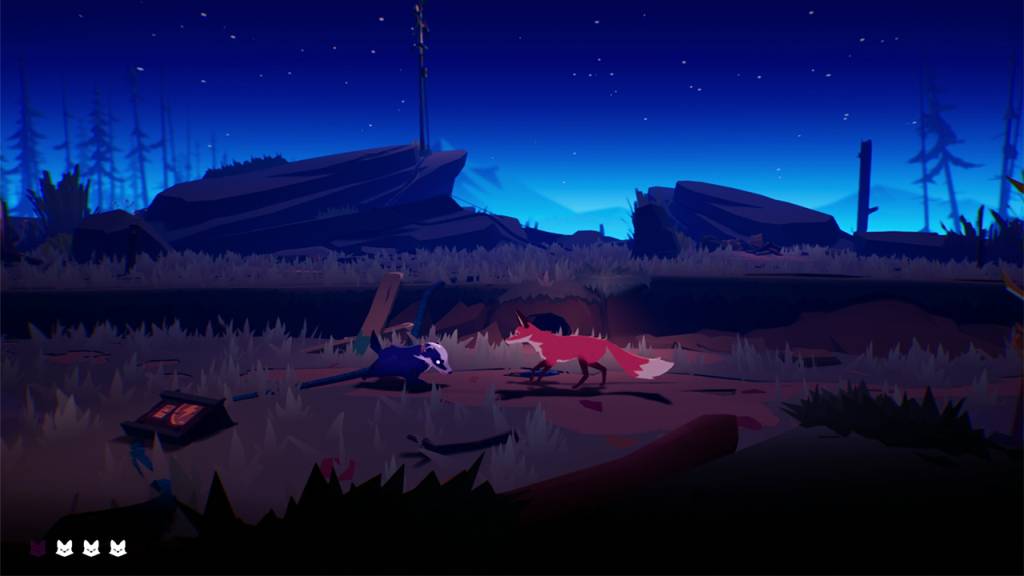 It may not be a completely innovative idea (I’m sure someone else in another part of the world has done it before), but it is worth noting how Herobeat Studios has implemented it. And we say this not only because of the structure of the scenarios but because of how comfortable and pleasant it is to move around them, because of how it facilitates our interaction with the environment and the understanding of spaces: little by little, we are better understanding where there may be shortcuts, which is the best way to get from one point to another and in which places there may be dangers to avoid.

We do have to say that although the way Endling is played is enjoyable at the controls, it is true that sometimes the world map can be too convoluted: its format is attractive, and it ends up becoming understandable in the long term, but for a while, We’re going to spend a lot of time going over and over the map of the game’s pause menu to see where to go and how to short cut to a certain point. We could see this as a stumbling block in the design. If to push the map so much, the levels do not give enough information. That generates a constant cut in the game cycle and a disconnection with the character, a bitch that a priori I should neither look at nor understand a map. 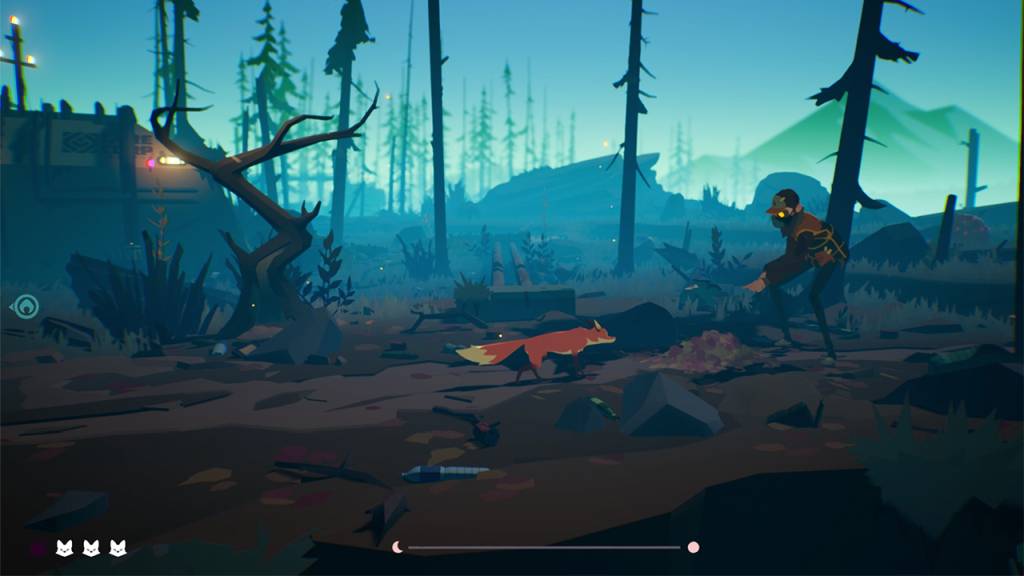 After all, the Endling map is a labyrinth that we have to get used to, and that takes time; we would like it to be a more organic relationship, but that does not thrive on the number of situations that occur during the game. Many of these moments are random or designed to appear for a short period ( trails that we can keep sniffing don’t last forever, for example), giving more juice to the very process of moving through the environment.

Another aspect we have felt certain irregularities is its visual section, which is undoubtedly excellent and beautiful but sometimes more confusing than necessary. The soft colours in which he paints his apocalyptic world leave beautiful prints that make you want to photograph again and again, but in the darkest moments of the night, it is not always easy to identify the paths or points of interaction. We have more marked guides, such as the coloured lines when we enter the sniffing mode and detect prey or a narrative clue, but during the game, we can feel baffled seeing hardly anything on the screen. 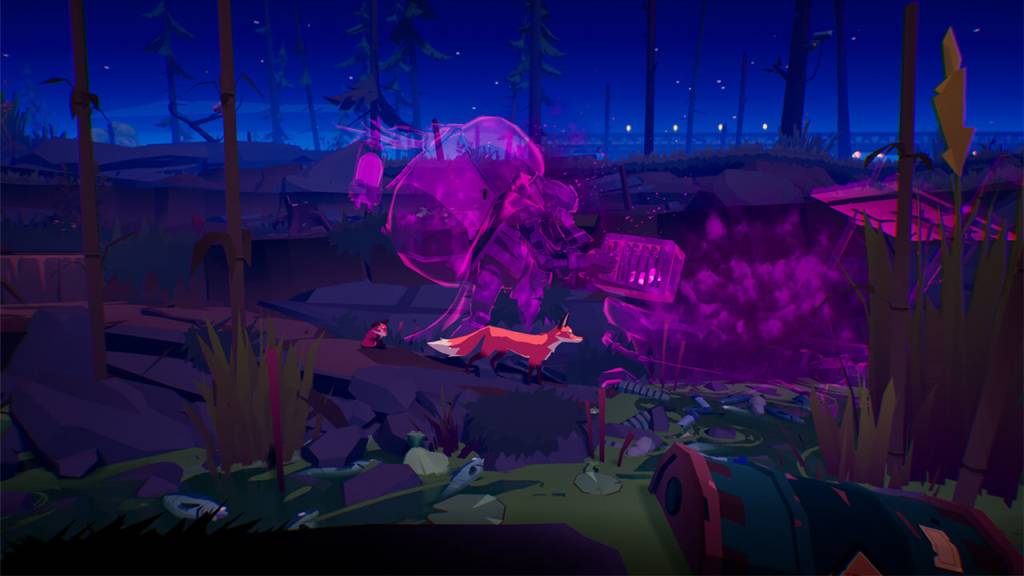 As we said, this is something that happens mainly at night, which means that most of the time, we are going to be straining our eyes to glimpse critical elements on the stage: we remember that in Endling, we only explore when it is night, since when the day we have to return to the shelter to flee from humans. It even makes me a little angry to return during the daytimeme because it’s the most beautiful time on the stage. It is probably the aspect we liked least, especially since we understand that foxes are nocturnal animals because their vision allows them to, which should translate into greater clarity for us, who play as one of them.

Still, even with this decision against it, the game’s art direction is pretty good; It may not be due to the playable clarity, but it is sublime when it comes to character and environment design. And we are not only talking about how well modelled everything is, but also about other aspects such as lighting, level decoration or its excellent animations; The latter we notice especially in the little puppies, who have super adorable movements, but also in the mother herself, which does manage to establish a relationship that reinforces our connection with the game. At the sound level, we observe a soundtrack very suitable to the tense and dramatic tone of the game, as well as we0=ll-cared effects in which the always challenging recreation of animal sounds stands out. 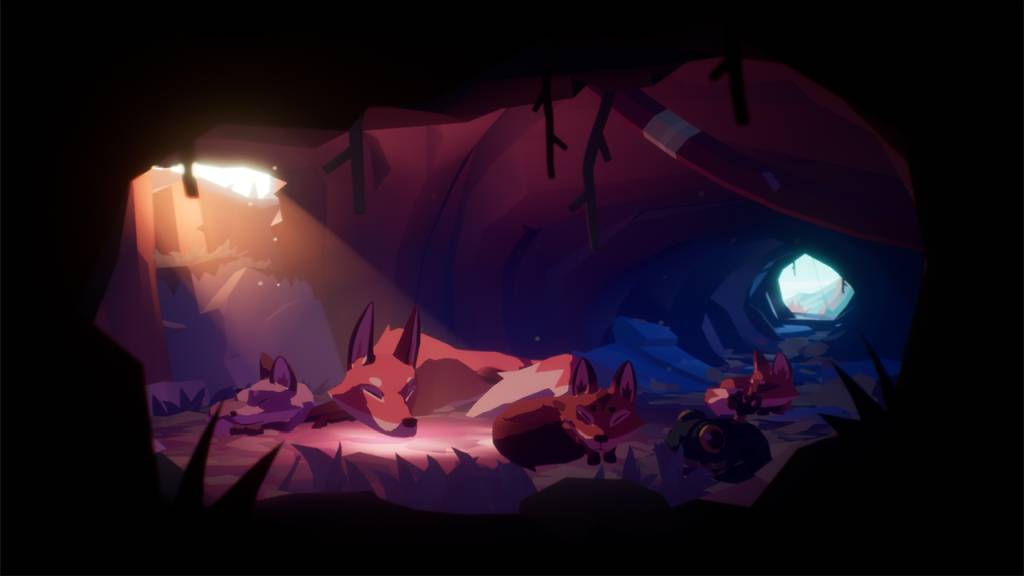 Endling – Extinction is Forever is based on a very original premise that it knows how to bring to fruition: on the one hand, it establishes a tense and challenging survival game without becoming tiresome, and on the other, it injects it with a dramatic plot about climate change. And the environmental apocalypse does not look from a defeatist point of view. It is a tragic adventure but very pleasant at the control, somewhat chaotic in terms of legibility of the scenarios and understanding of the map. It is beautiful in the moments when it gains clarity. Despite being the first significant project of Hero beat Studios, we already came to the game with high expectations, and the truth is that it has entirely convinced us by becoming one of the most recommended games of the year. Do not miss it.

We prepared this review with a digital copy of the PS4 version provided by Evolve PR.