PolyAmorous brings us their first title, a narrative adventure called Paradise Lost. This title focused on exploration in an alternate history, whereas if World War II never ended and the world fell apart when they started dropping nuclear bombs without a valid reason. In this post-apocalyptic setting, we play a character, a boy, who will have to visit a Nazi bunker with the answer to a lot of secrets.

Szymon has spent his entire life in a small cave that he calls home with his mother. When his mother passes away, he feels lost and lonely. He has one goal in his mind: to find the man in the photo which his mother gave him. That leads him to explore a Nazi bunker that is much more than it seems at first: it is a huge underground city, with well-distinguished areas and even with separate spaces for the more and the less well-off, which was intended to serve as a shelter. During nuclear winter to produce enough weaponry to win over the Allies. 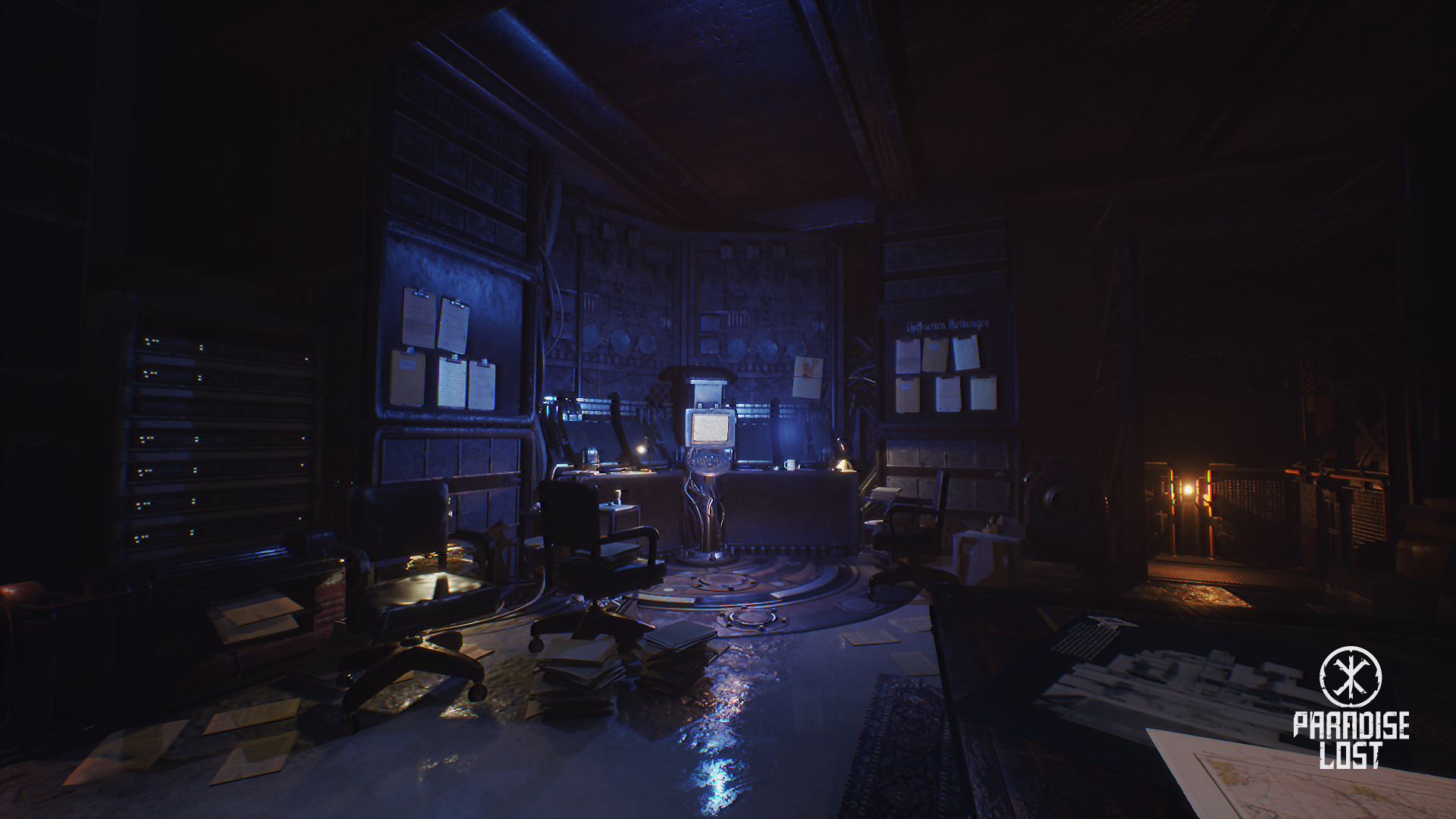 Szymon is looking for his long-lost father and trying to find Ewa, the voice we hear through the facilities’ PA system. We explore environments, and we search for parts to use them on a machine, and in the process, you relive sequences from the past with some flashbacks, to get an idea of ​​the most important events that occurred in the bunker with the terminals, the story is a science fiction, with some very predictable script twist, but that manages to keep you hooked for its three to four hours playtime. 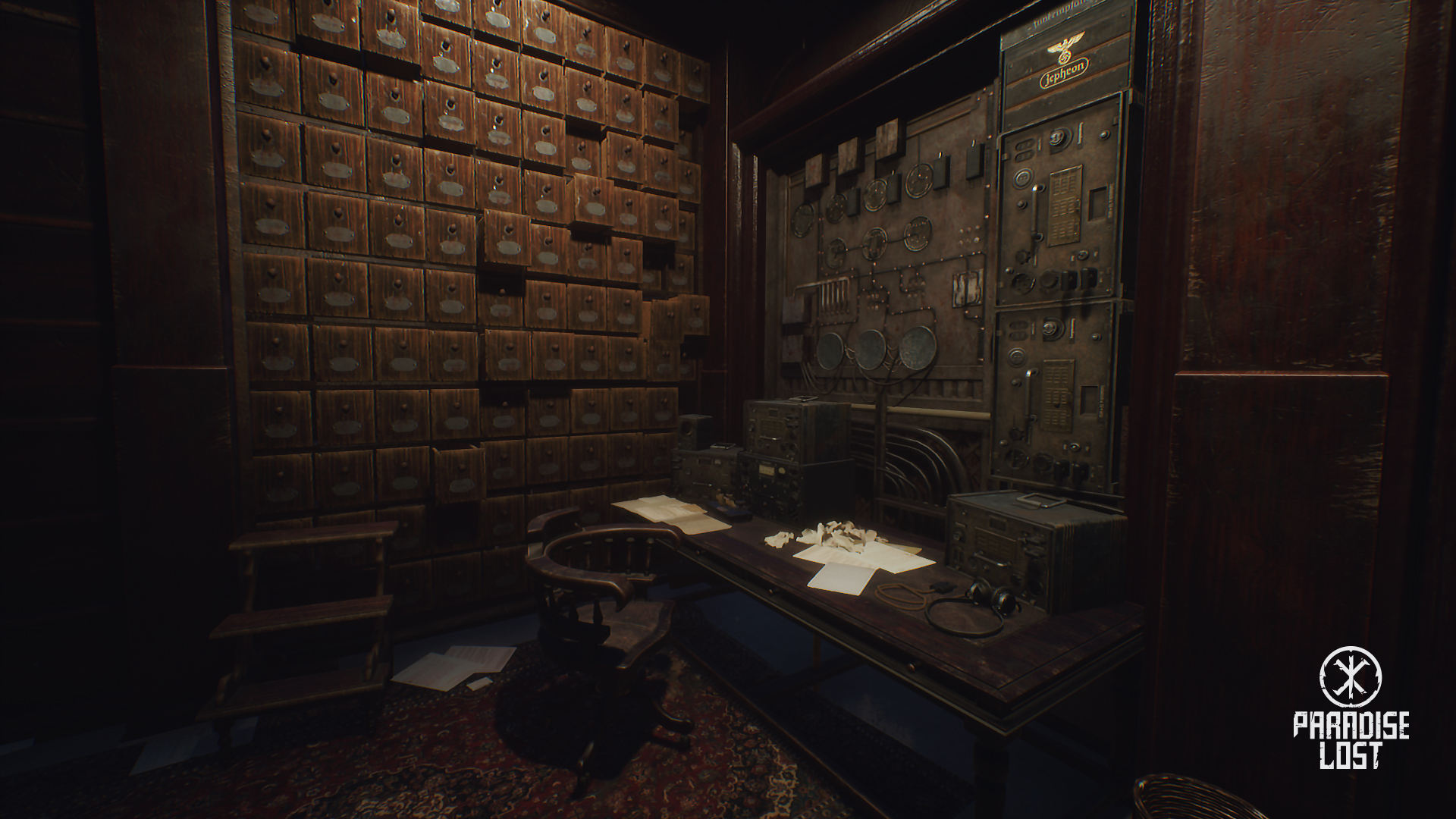 We also get to discover the backstory of what happened in the bunker years ago through the details of the scenarios, the voice recordings, and of course, the persistent notes of different characters, we are told about conflicts, experiences, reflections and frightening situations of a past society that reflects and criticizes how Nazi views the individuals served their own part. The construction of that world, of which we see only a cracked foundation, is much more complete and well explained. 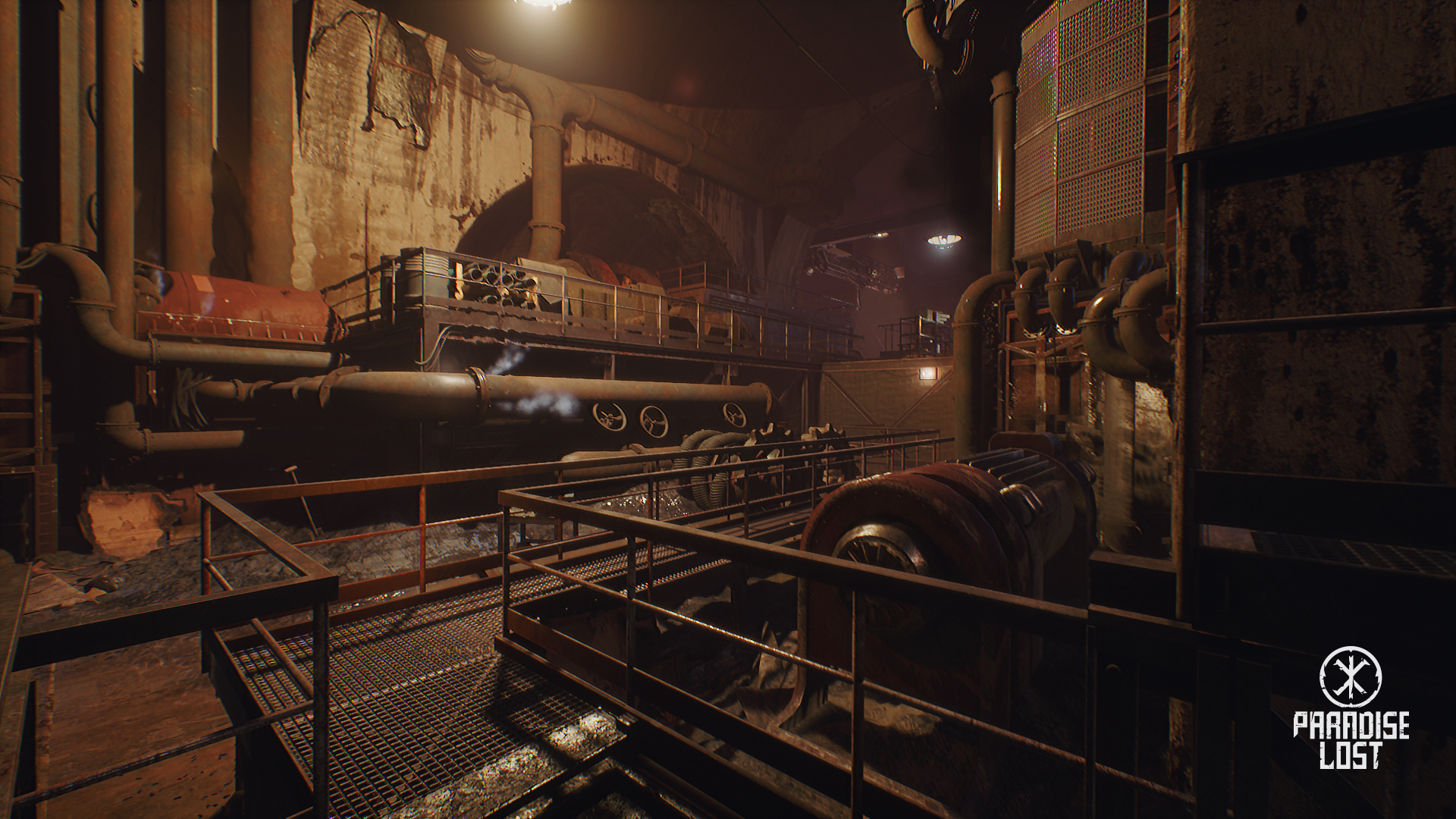 Paradise Lost feels stuck in the past in its gameplay aspect. Perhaps to establish the leisurely tone of their script, or perhaps to represent that we are controlling a child, the developers have decided that the movement is very slow even when we run. The same effect causes interaction with items and doors: a circle appears on the screen with a point in the center and an area to move it to; We must click and hold to move it up, down, right or left, leaving it there for a moment. This happens with each door, and each time we introduce something into a machine, among other actions which seems like a weird choice. 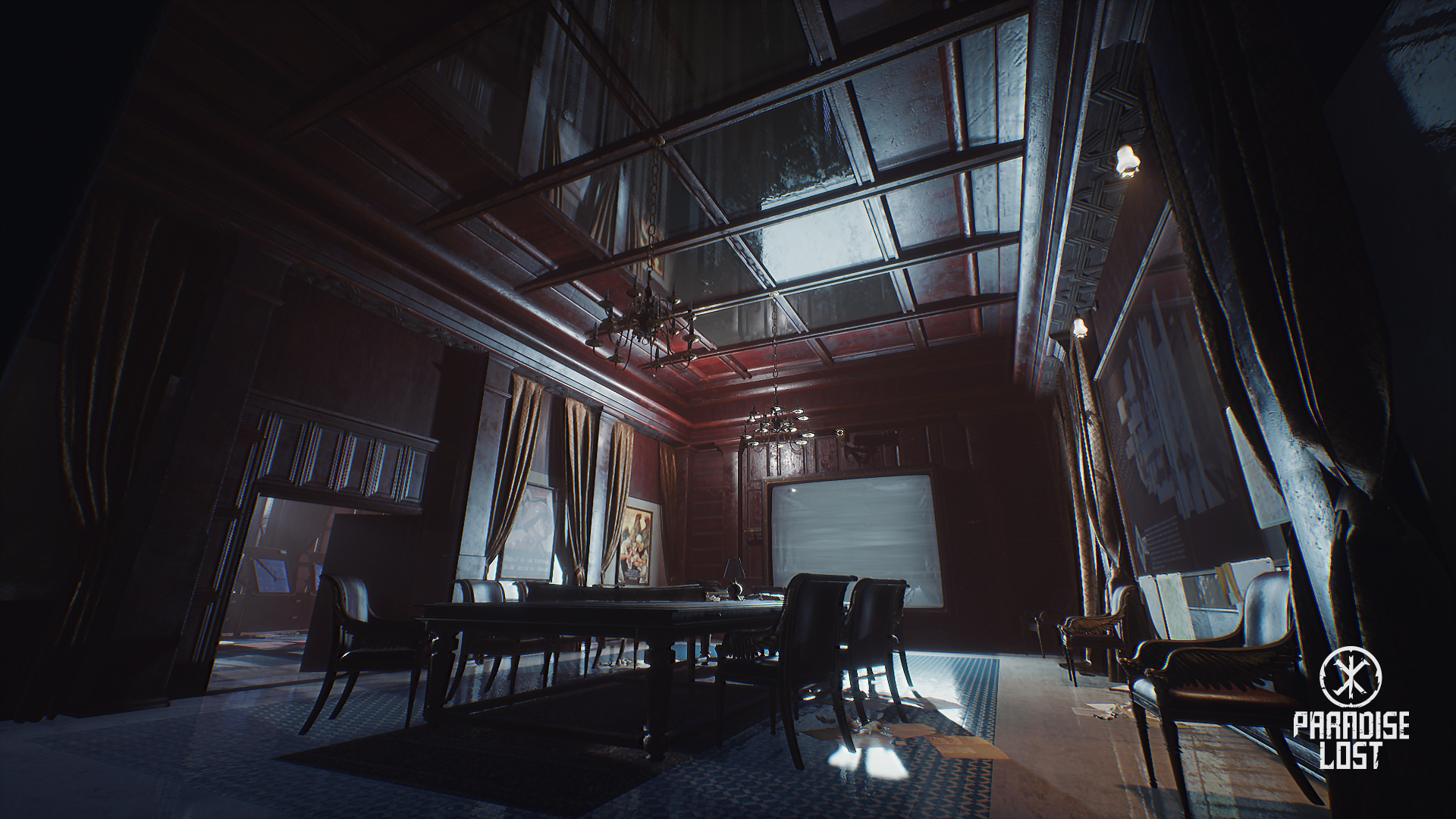 Paradise Lost stands out in the environmental narrative, and the visual section is pretty good. The decoration of rooms, decadent spaces, graffiti, statues, and many other elements leaves us wondering what happened there, about how the individuals of that society lived, and in some cases, even who they were. But while there is a lot of work on the decorative side and the use of lighting often leaves some very eye-catching captures, the truth is that some textures, visual effects and animations are worthy of a handful of years ago. The title is in English with some words and expressions in Polish that give the feeling of being somewhat forced. But even so, the interpretation of Szymon and Ewa is excellent, almost as well as the sound effects that perfectly immerse us in the setting created by the developer. 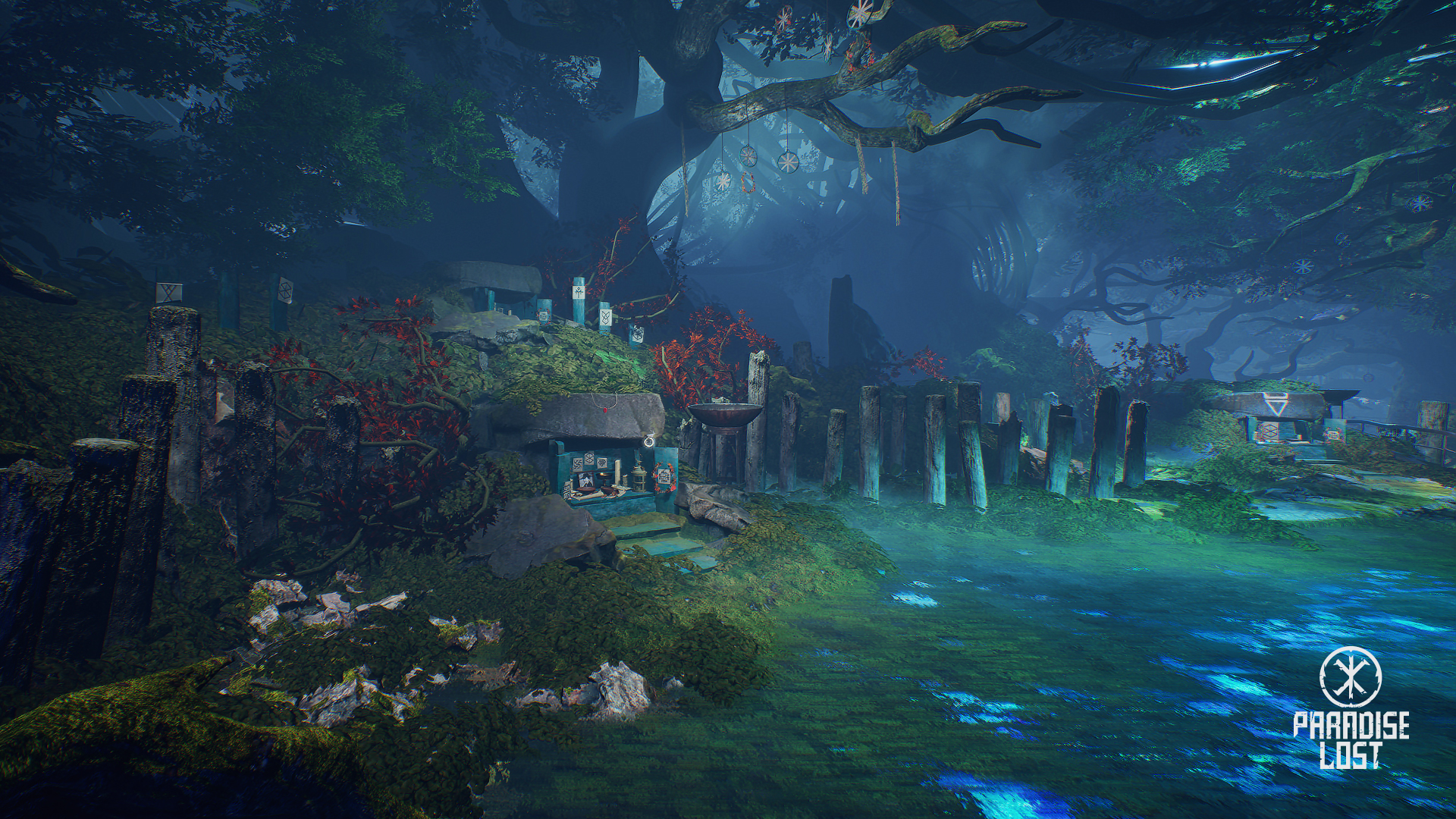 PolyAmorous’s debut feature is an entertaining and traditional first-person narrative adventure that, over its three to four-hour duration, catches us until we see the credits, thanks to an environmental narrative and a fascinating world construction the main story starring Szymon, somewhat forgettable and full of clichés. Paradise Lost does not innovate in how it tells its story or in the usual interactions of the genre, but that does not mean that it fulfills its objective quite well and that it has left us wanting to know even more about this world in which the Second World War and their barbarities ended in a nuclear winter.