The fantastic Xbox game is now released on Switch with a version that is very enjoyable.

Oddworld is a series that has maintained a remarkable number of fans over the years. Perhaps its biggest setback was Oddworld: Stranger’s Wrath, an exclusive title at the time for Xbox that was a resounding failure in sales: it only managed to sell a tad over half a million copies out of a million and a half it needed to recover the investment. And not because the game was bad; quite the opposite. Stranger’s Wrath turned out to be an adventure that loved those who played it, and luckily it has seen a multitude of re-releases over the years. Now, as you can see, it comes to Nintendo Switch with a generally very positive adaptation, although the Switch version could improve some other aspects.

Oddworld: Stranger’s Wrath is a first- and third-person shooter action game that takes us to explore the Wild West of the Oddworld universe. It is an innovative title -for its time- in almost all aspects, but with certain elements that remain unique even in 2020. The first thing that continues to attract attention is how it makes us alternate between both cameras at all times, with the camera in third being generally the ideal one for exploration, platforms and hand-to-hand combat, and the first for shooting moments. Although it may sound chaotic, it ends up working great. Yes, it probably requires a little adaptation period, but we believe that the experience it offers is worth it. 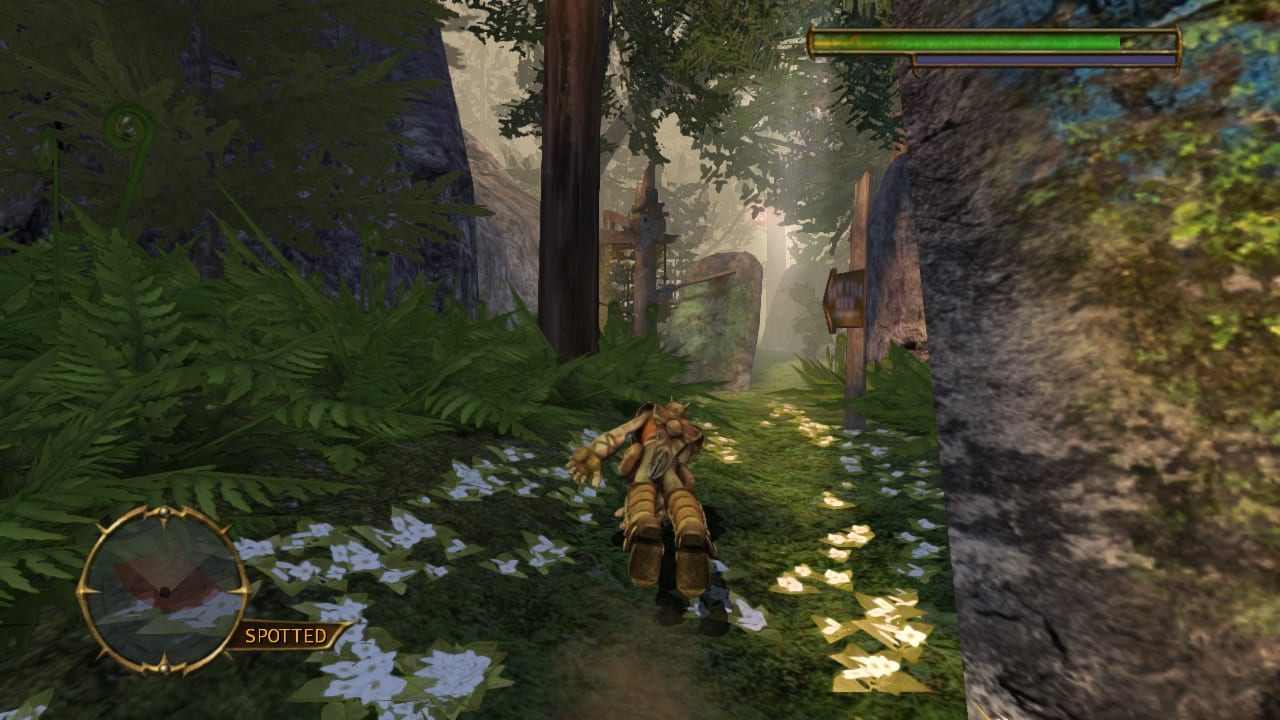 Another essential element is ammunition. Here there are no bullets, but small wild animals that provide different possibilities and that we will have to capture to use as throwing objects. We have “ammunition” that distracts enemies, electrocutes them, traps them, attacks them … There are many possibilities, and the game will put us in situations that will force us to take advantage of them. As soon as we play in normal (and even more difficult), we will not be able to embrace the Rambo technique, and we will have to use our animals to shoot the groups and face more dispersed enemies. The key is also that it is important to absorb them once knocked out to earn more money and buy different improvements and objects. This is helped by an elaborate set design, somewhat guided during the first few bars but then unfolding as we acquire new types of “companions.” 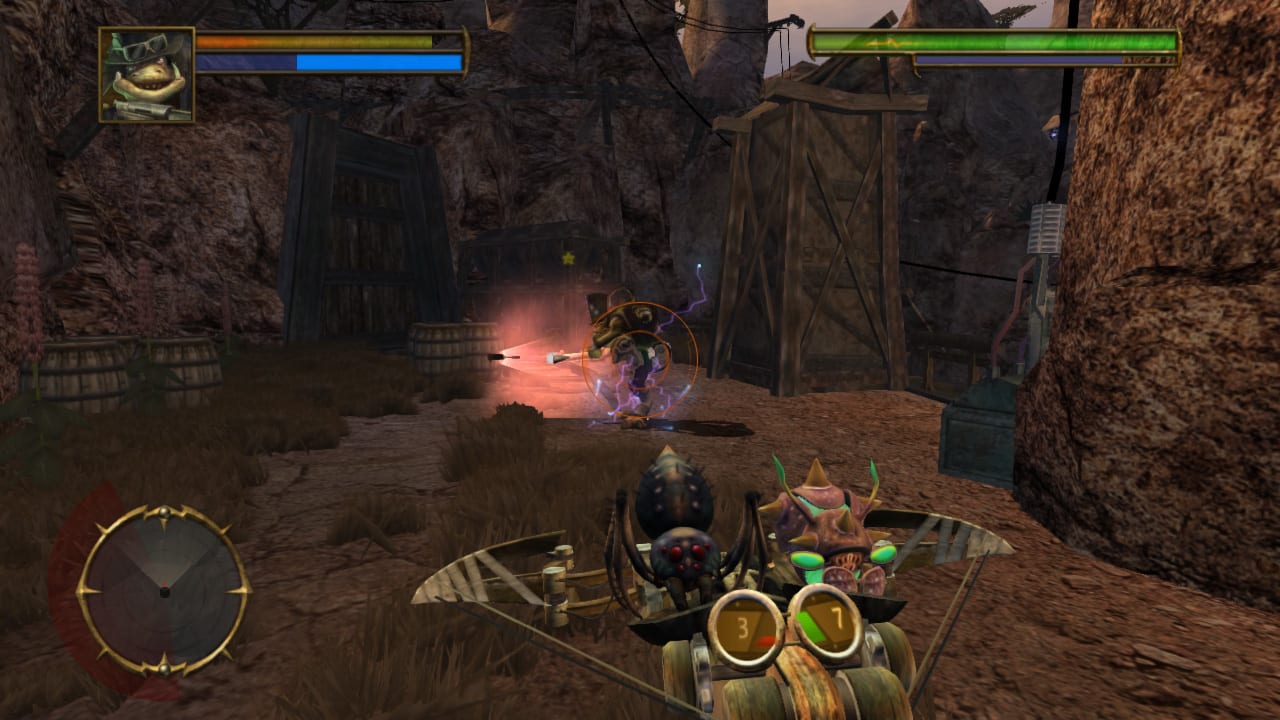 In general, it is a very entertaining and varied game, with elements that were ahead of their time and ended up being standardized (such as the main area to which we return after each mission to prepare). However, it is also true that some aspects are not they have finished ageing quite well. The controls may not be up to the task at times –especially regarding the platform and the combat–, and a multitude of audiovisual elements are somewhat outdated. Still, we do not think that it impedes enjoying the game. 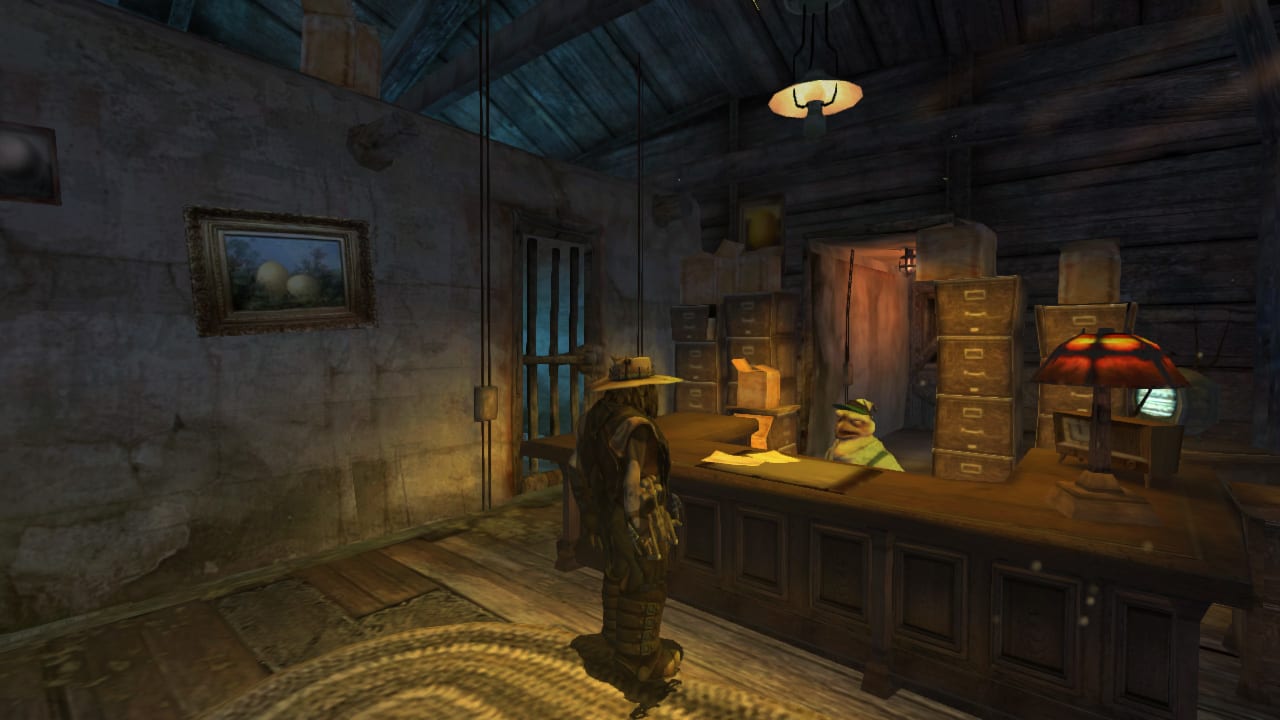 Since the original version debuted 15 years ago, there has been a lot of talk about this title, and today we want to focus on the Switch version. In general, it plays perfectly, working (apparent at native resolution both on the portal and in the dock, at 720p and 1080p, respectively) and at 60 frames per second most of the time. The decision to implement the option to choose the antialiasing method is curious, as it has a significant impact on performance. We’re going to see noticeable drops in frame rate if we use MSAA instead of FXAA or disable it entirely, and we don’t think it’s worth the sacrifice. This will cause many players who are not familiar with these options and what each one entails to end up with a much worse experience due to sheer ignorance since there is not even a warning of the effects of choosing one method or the other. 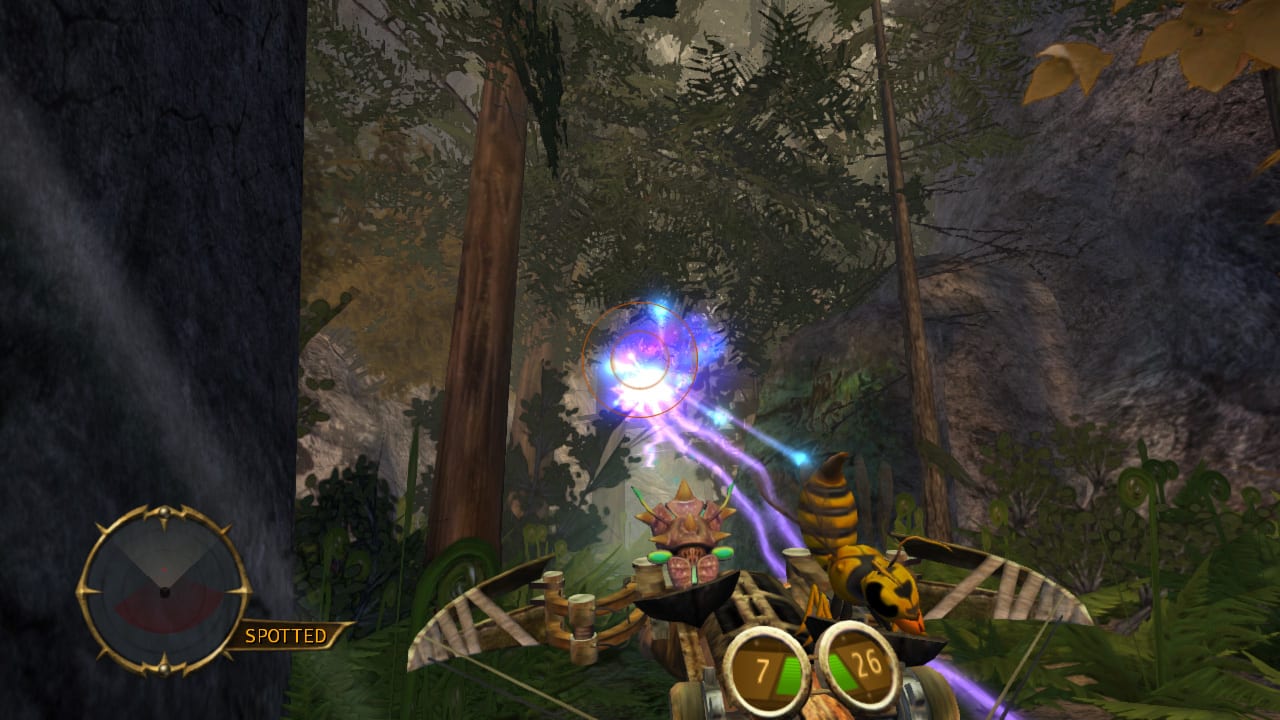 Then, we can not fail to mention the interface, simply atrocious. We assume that the inherited version of Android and iOS launched in 2014, but it is typical of the cheapest mobile game. In addition to being ugly, it makes something as simple as shopping in the store real chaos with the controller. The original Xbox interface would have been a perfect option, with large icons in case you wanted to maintain touch functionality, as well as a simple and comfortable structure with buttons. And it is that if you try to use the touch screen, it does not work well: maybe you touch the options button, and it does nothing, or you touch the load button, and it does nothing directly. It is, without a doubt, the worst of the game, which gives it an aspect – why not say it – a bit shabby, which does not correspond to the quality of the rest of the product. It gives you the feeling of playing a mobile title on TV and not exactly a good one. Everything else, the truth, fully complies with the version of Switch, which even offers the always appreciated possibility of aiming with the gyroscope of the console. 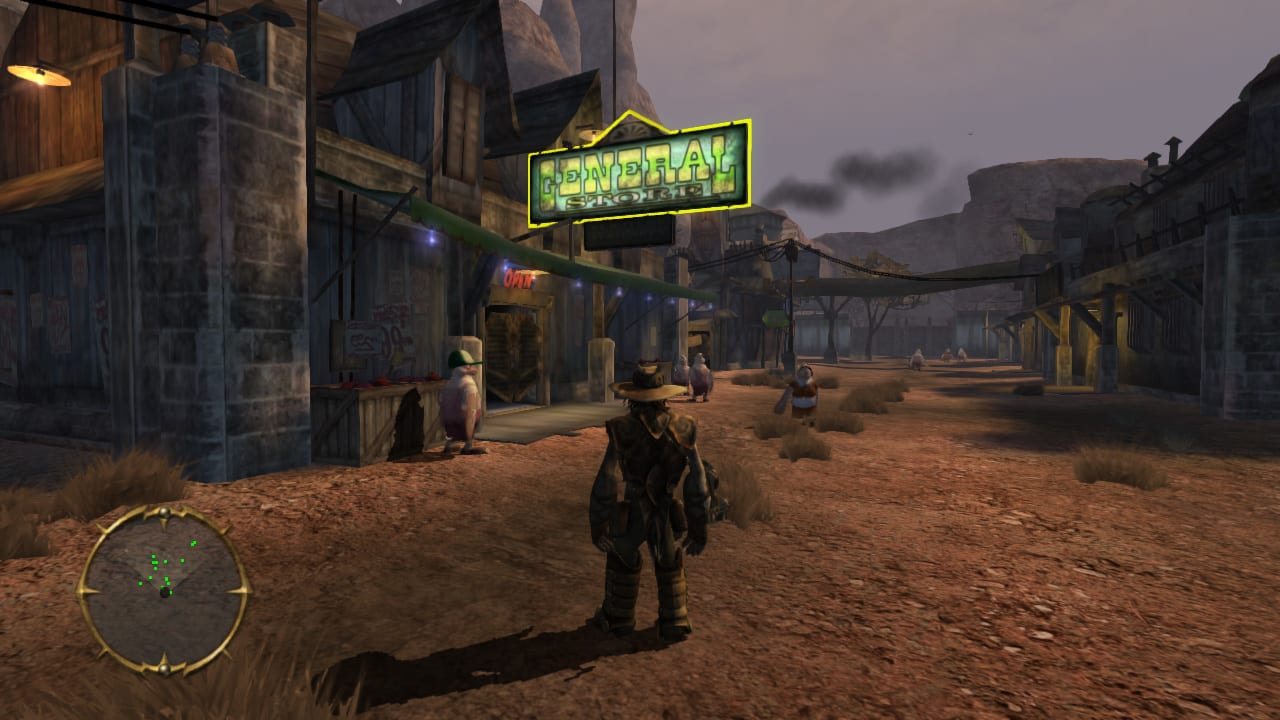 15 years are not in vain, but the truth is that Oddworld: Stranger’s Wrath holds the type very well. Yes, some aspects could have aged better, such as the narrative or the control in particular moments, but in general, we have enjoyed it very much. We would have liked some aspects such as the interface to have been taken care of more or that the Switch version had added some detail to celebrate the fifteenth anniversary of the launch. Still, in general, it is a version more than worthy of a game that, at least at the time, did not it got the welcome it deserved.

We prepared this review with a digital review key for the Switch version provided by Redner PR.