Housemarque has brought some of the best titles within the genre of twin-stick shooters, a genre in which they have practically no rival. After titles like Super Stardust and Resogun, it is clear that they know how to make a shoot’em up with the flavor of the classic arcades fusion with modern style gaming. Now, with Nex Machina, the studio takes the genre one step further.


Avoid the bullet hell and keep on shooting!

Nex Machina is a twin-stick shooter; A shooting game in isometric view, where we move with one analog, and we shoot with the other. The mechanics are simple and you can also use shoulder buttons to dodge or make use of some exotic heavy weapons. Of course, we will have to use all our skill and strategy to get out alive from a very challenging game. 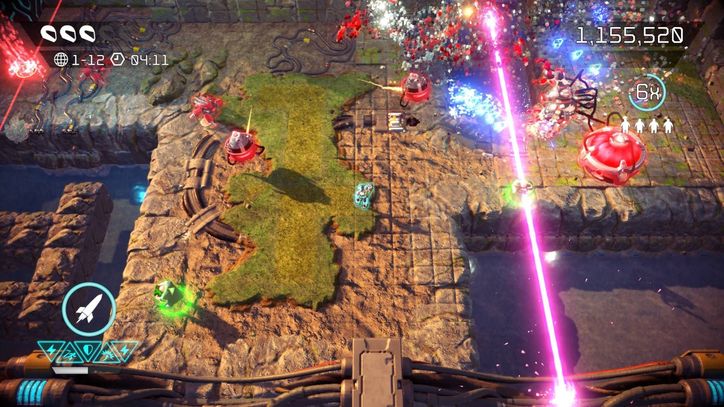 Behind this basic concept, Nex Machina is a very hard game, where each zone is different. Unlike previous games from Housemarque, here we face the enemies in limited and narrow areas, each with its own mechanics, the game ultimately forces us to understand the advantages and the disadvantages of each one and to react quickly to Counter the attacks of the enemies. 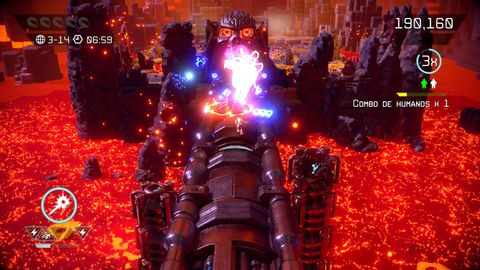 There are some details that you will find familiar, such as enhancers or having to rescue humans to increase our score multipliers. The enhancers can improve our weapon up to five times, offer us additional protection or different types of dodge, as well as an additional powerful weapon. Depending on our style of play and the situation in which we find one weapon will be better than another, and while the enhancer is accessible, it will rotate between its different variables, so we have that small strategic component to wait to get it at the appropriate time at the risk of losing our lives.

In essence, it may seem that the thing does not change much, but think that in the zones we can have parts in which to hide, parts in which to be trapped or even new mechanics, like having to flee a giant rock. This changes as we constantly play, avoiding that there is always an easy way out. Also, with every game we play, we are better, not only because of our ability but also because we know the scenario.

All the zones are connected, and when we finish with all the necessary enemies of one, we go to the next one automatically. Apart from what it supposes at a playable level, this also makes it a more dynamic and varied adventure, and many will find it a greater sense of progress, at least in the visual sense. Although previous Housemarque titles also had their beginning and their final boss, here we have a way to go to reach it. 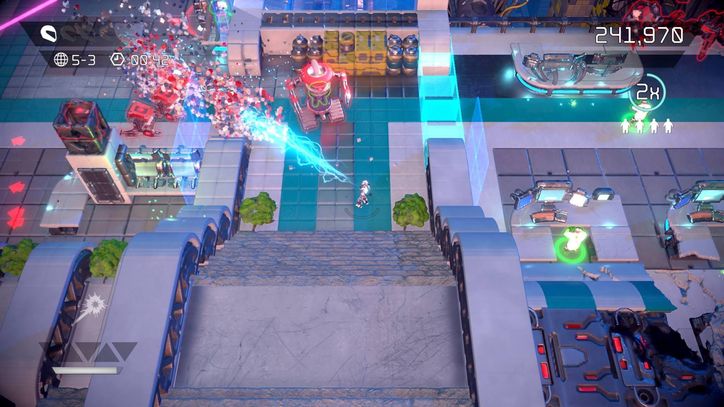 There is also more complexity in each phase, something that positively affects the gameplay. Each level has secret zones and sub-challenges (killing a certain type of enemy, rescuing all humans, finding hidden humans …), which encourages us to replay each phase. All this, of course, without counting the times that we will die and we will have to retry an area, at least in the higher difficulties. In fact, the final battles can be very complicated, with patterns that approach the bullet hell.

There will be no lack of additional modes where we can squeeze the experience to the max. We can play the worlds individually outside the Arcade mode; we have local cooperative, a list of “feats” (independent challenges to the trophies), and Arena mode, a kind of league where we compare our scores with those of other players Much more complete than with mere leaderboards.

Nex Machina is a game with amazing art, with a brilliant staging (in the most literal sense of the word), which is ideal for the style that offers, and always clearly distinguishes the different elements of the gameplay. It is one of the most varied titles in the graphic from Housemarque, something that is greatly appreciated, especially to accompany that feeling of progression that we mentioned before.

We also see details inherited from Resogun, such as those small cubes in which the scenarios and enemies are undone, as well as curious visual effects that punctually modify the stage to give it a grid effect. The design of the maps helps make it more spectacular, with colorful transitions between zones and zones that defy gravity and bring variety to the whole.

Nex Machina also supports HDR displays, and the results are great. A game with so many particles and effects, with so many explosions and lightning, becomes a visual spectacle, which helps us to justify a little more this technology that comes to us with eyedroppers. We do not want to finish without dedicating a few lines to the soundtrack, which has seemed pretty good and ideal to set the scene, with some themes, like those of the final bosses, quite motivating. 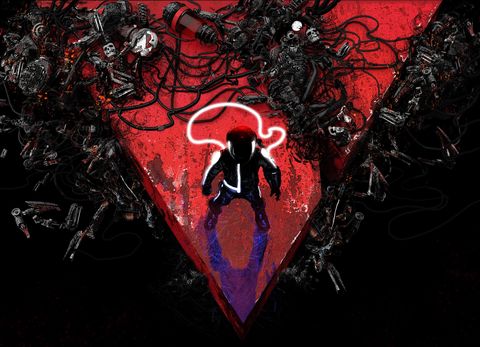 One of the best games of Housemarque

Nex Machina is simply one of the best Housemarque game and one of the best twin-stick shooters we’ve played. It is fun, complete, dynamic and very visually appealing, and introduces interesting ideas to rejuvenate it over and over again. If you like the genre and dare to challenge other on the leaderboard than this title is a must-buy.

We prepared this review with a review code provided by Plan of Attack on a PS4 Pro.

Outriders introduce the cooperative and the Devastator class
August 26, 2020