Entertaining Survival-Adventure that takes place in the Jurassic era, comes loaded with so much content to its final build.

Ark: Survival Evolved arrived at Steam back in June 2015 and welcomed by the community as a title set in a strange world with full of dinosaurs.

Thanks to the good marketing department of studio Wildcard,  Ark soon became tremendously popular on Steam despite having serious performance problems during the first few days, although the development team was responsible for solving the issues quickly to please the players. 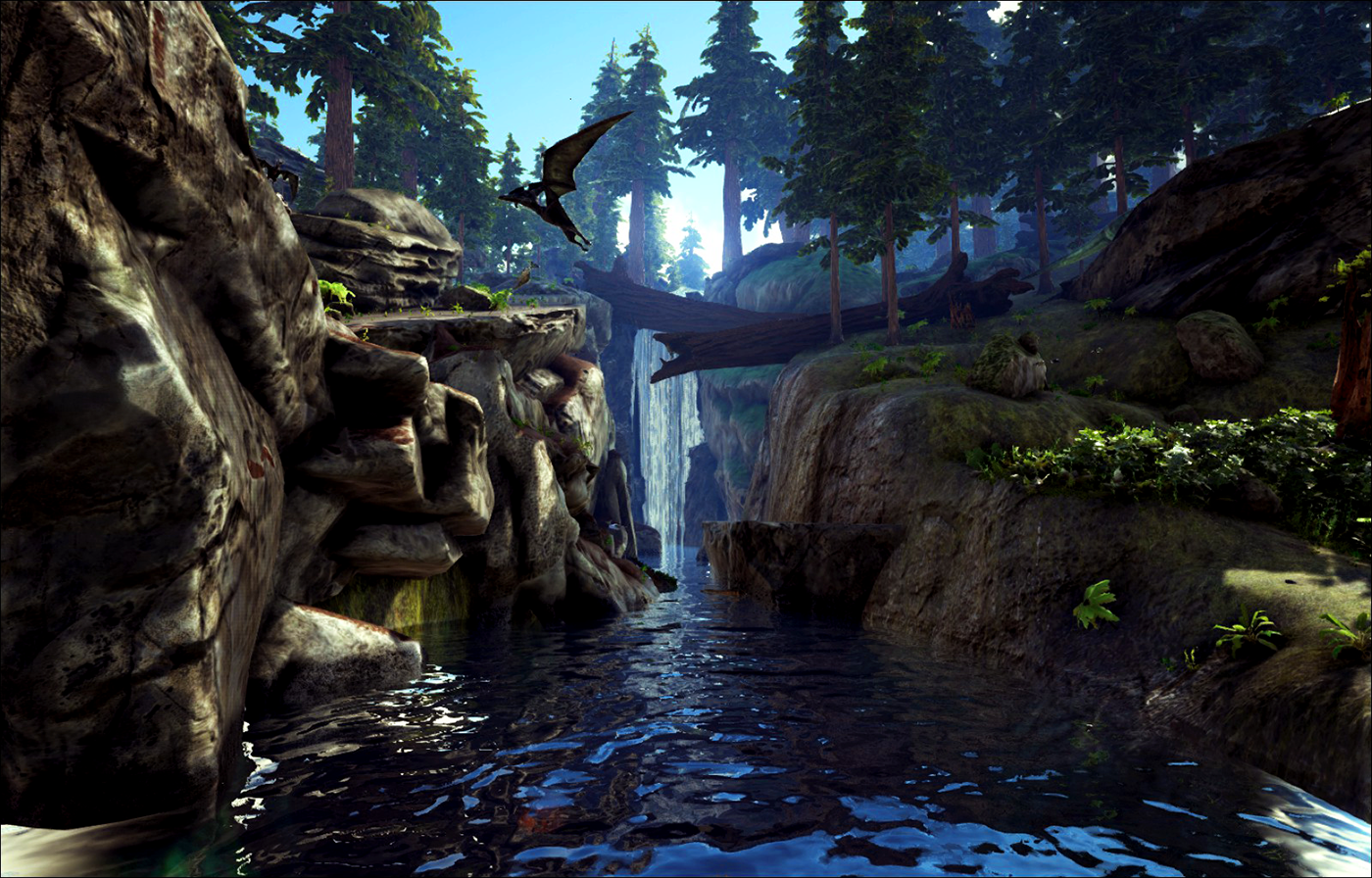 Now, after more than two years, hundreds of updates and a good amount of extra content Ark: Survival Evolved reaches us on PS4 and Xbox One and on PC dares us to survive in its wild universe.

Fighting against or with dinosaurs to survive!

After choosing whether to undertake the adventure alone or one of the hundreds of multiplayer servers and define the appearance of our character on a physical level, Ark will wake us to the edge of the sea to start our adventure practically naked and without any object. 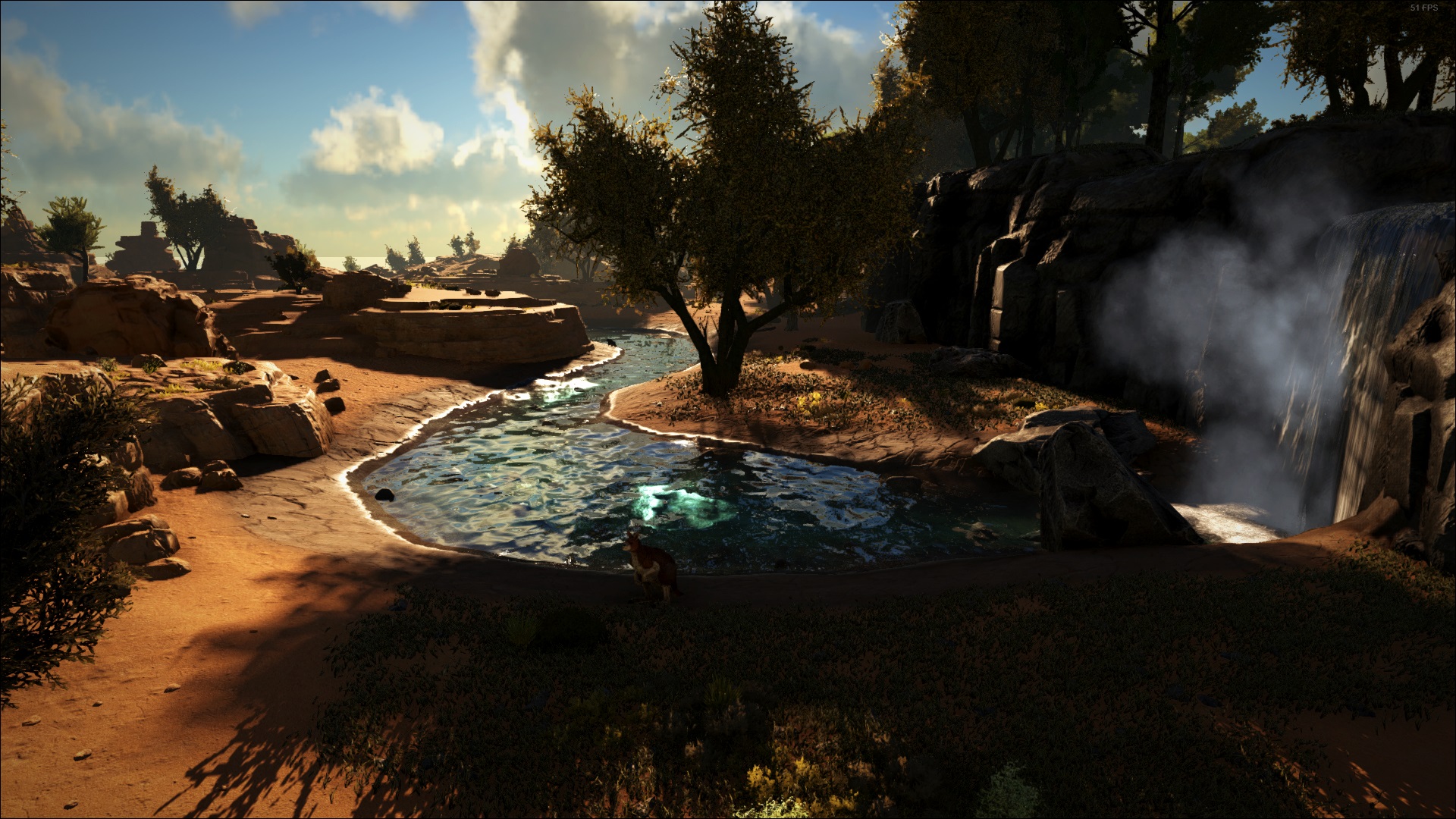 From then on our only objective will be to survive the dangers that we have around us that can come in the form such as hunger, thirst, other players willing to end our life or even worse, some deadly dinosaurs that inhabit in this winding world may come charging at you.

You must collect resources to build and create, but at the beginning, you have to hit hard logs with your knuckles to create your first tool and from there, our struggle for survival starts for real. 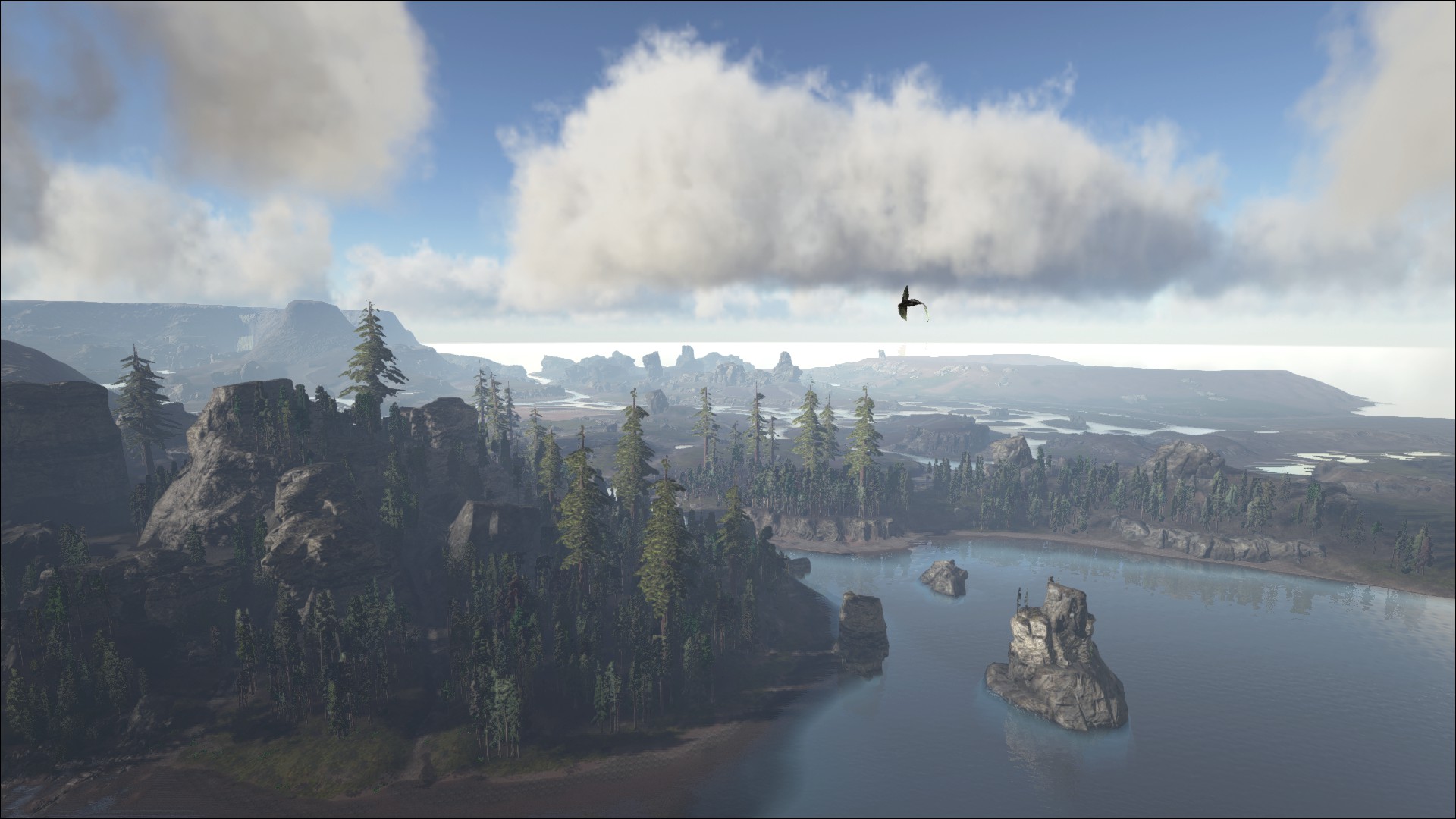 As we go collecting materials, building weapons, killing dinosaurs or creating various objects, we will gain experience that will allow us to level up to improve our character. The first aspect that we will be able to improve will be basic features like the Health, the Energy, and our strength so we can carry more …

The second, and perhaps the most important, is to choose the new engrams that will allow us to construct new objects such as a bonfire, clothes, foundations, and walls of a new home, fields of harvest and a long list of possibilities that Ark: Survival Evolved it gives us as we progress with our character. 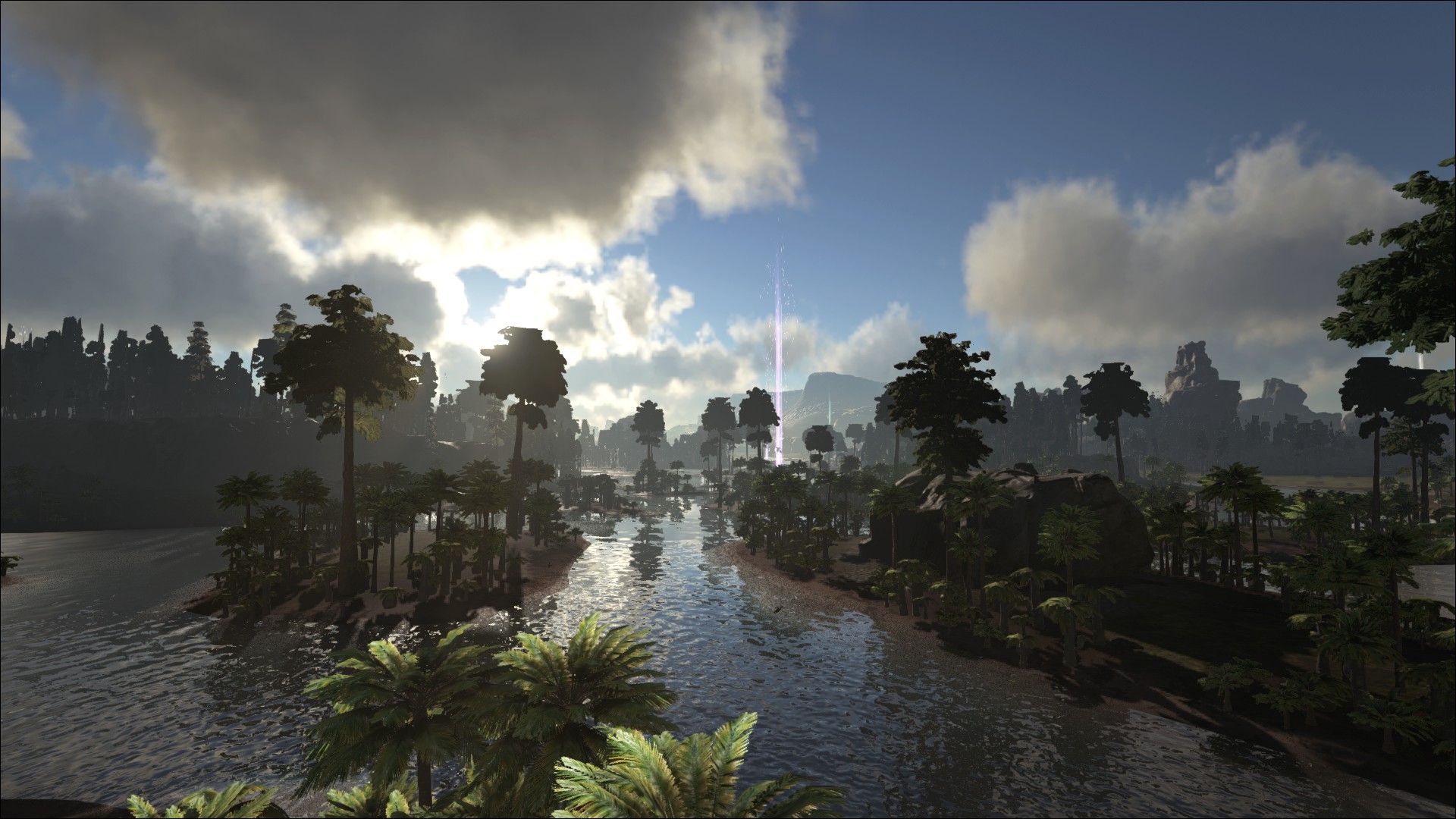 ARK is a huge world that’s full of possibilities

What makes Ark shine is that both in its early access and in its final version is the great amount of content available and the evolution that we can have with our character such as, you can go from dressing a few ragged clothing while living in a bungalow house to gigantic fort with mounted missile turrets and equipped with riot gear, possibilities are limitless. 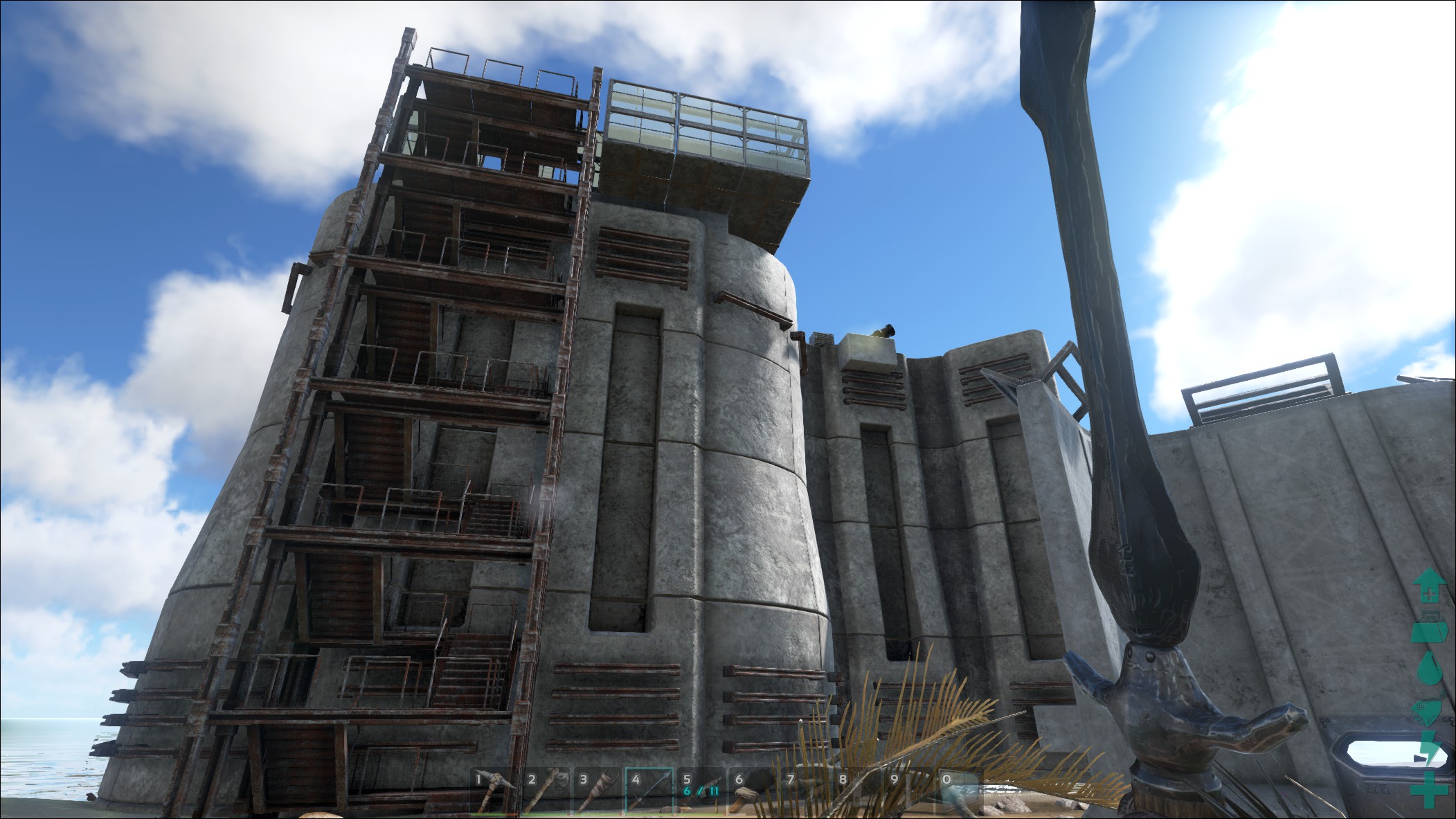 This evolution, along with all the content that is available within Ark in terms of dinosaurs, different “worlds” to explore like “The Center”, “The Island” or Scorched Earth and being able to tame our favorite dinosaurs to have them at our command make this survival game unique in its kind and you do not get tired of completing objective one after another, over the course of countless hours feels as a wonderful reward. 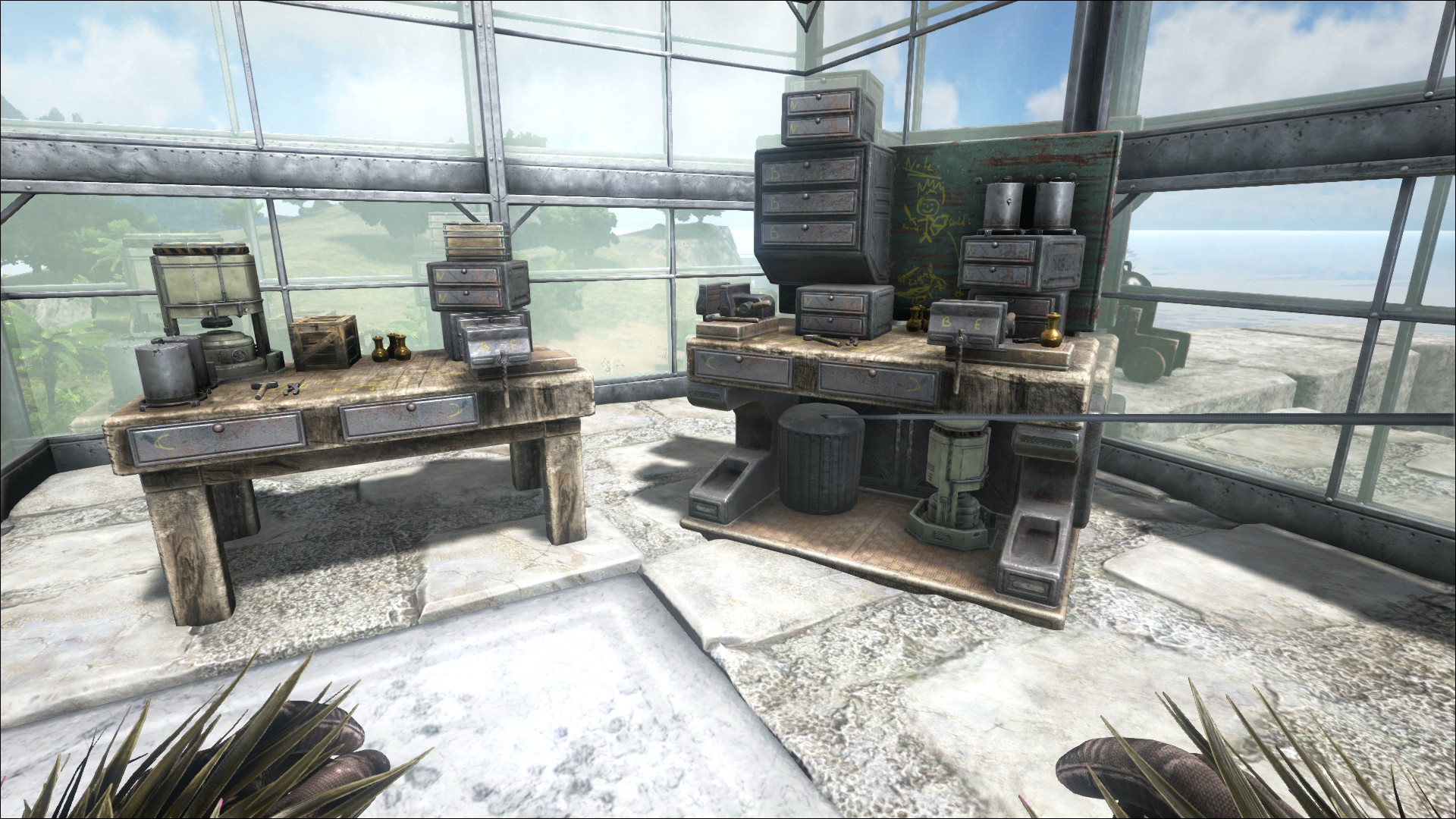 The game has a single person mode, although the true potential of this title can only be experienced in multiplayer servers in which you can join powerful tribes to share your knowledge, your materials or you can build imposing buildings and fortresses, or form hunting teams or you can go exploring the dangers of this beautiful world.

Ark: Survival Evolved is a game that has been developed with the Unreal Engine 4 engine that gives the game a visual beauty that never ceases to surprise in terms of the color of all its elements, the modeling of the dinosaurs and other detailed environments, objects, and plants, The great work they have done with the different lighting effects is also important to mention. 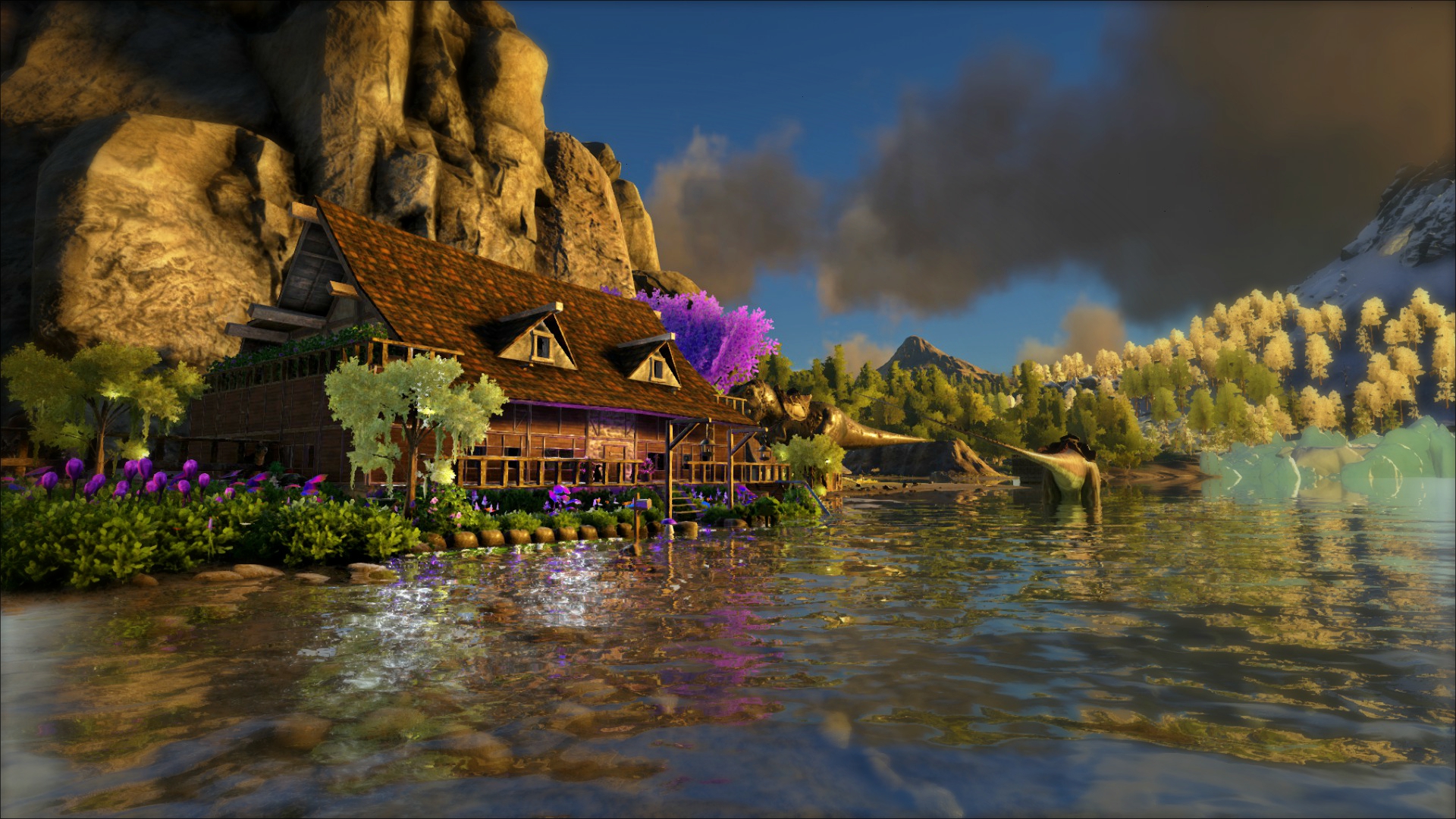 However, the game has few bugs in terms of loading certain textures, dropping frames and other common graphic defects that are not a deal breaker but these issues need to be polished.

Of course, Wildcard working on launching different updates since the official game launched on August 29 to correct some of these errors and make a major restructuring of official servers to reduce any problems that the players may experience.

The performance, in general, is quite decent although with a frame rate with continuous ups and downs that cause some discomfort especially when you enter combat. Even so, the game looks pretty in terms of graphics and we have not encountered any game breaking problems, if there were any that we have not detected, Wildcard probably have corrected it with some of the multiple updates for the game that have also come to the PC and  Xbox One. 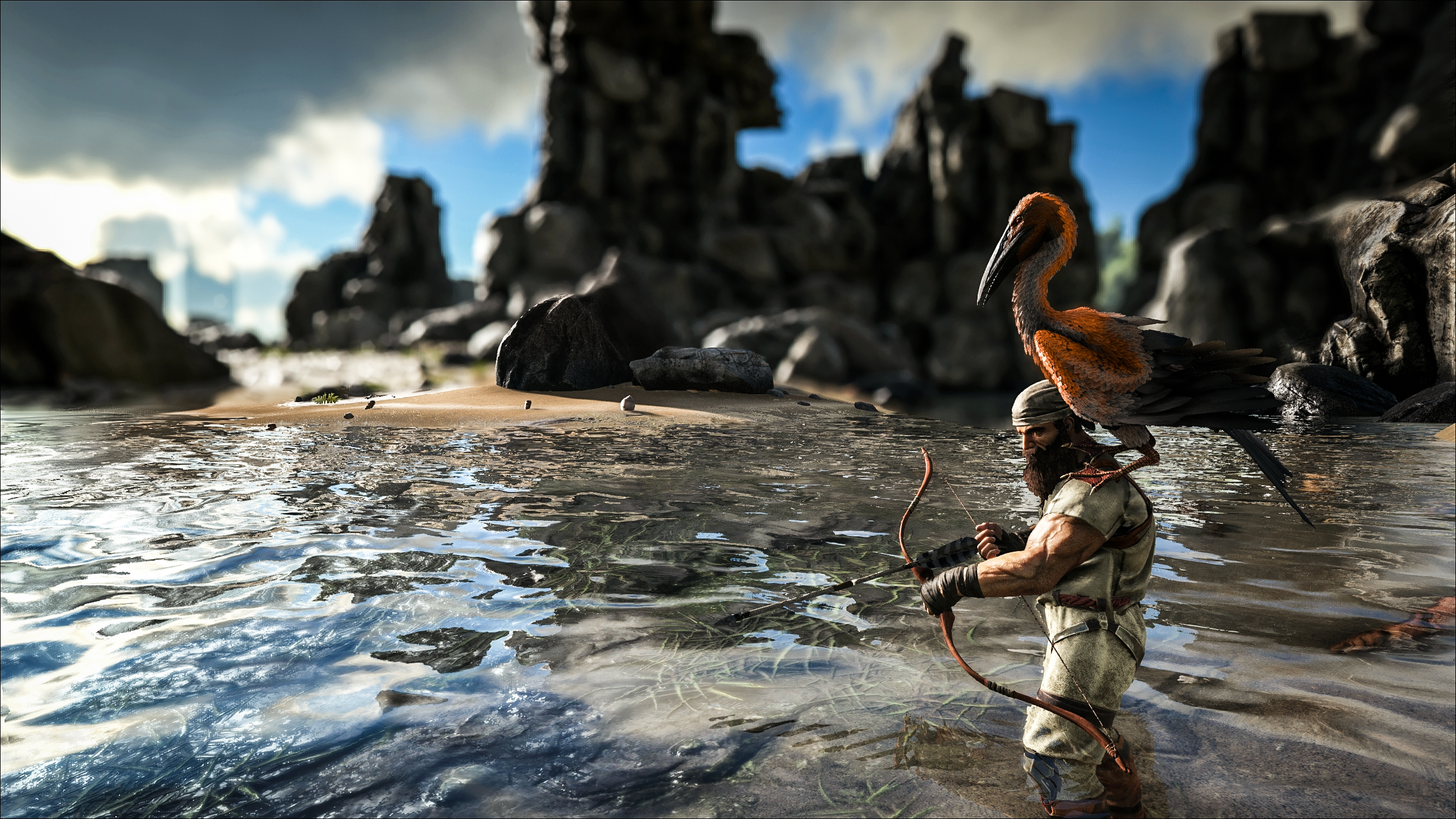 What we have not finished convincing in the console of Sony is the particular interface that has been chosen to adapt the game to the console and is really tedious making it takes a lot more to perform all our actions and sometimes breaking the rhythm of game showing, clearly, little useful and suffering an improvement that should arrive urgently.

Ark: Survival Evolved is a fun game in which you can spend hundreds of hours trying to survive, building our refuge, taming our favorite (or perhaps the most feared) dinosaur and even joining forces with other players to create a tribe and face dangers that we could not overcome alone. 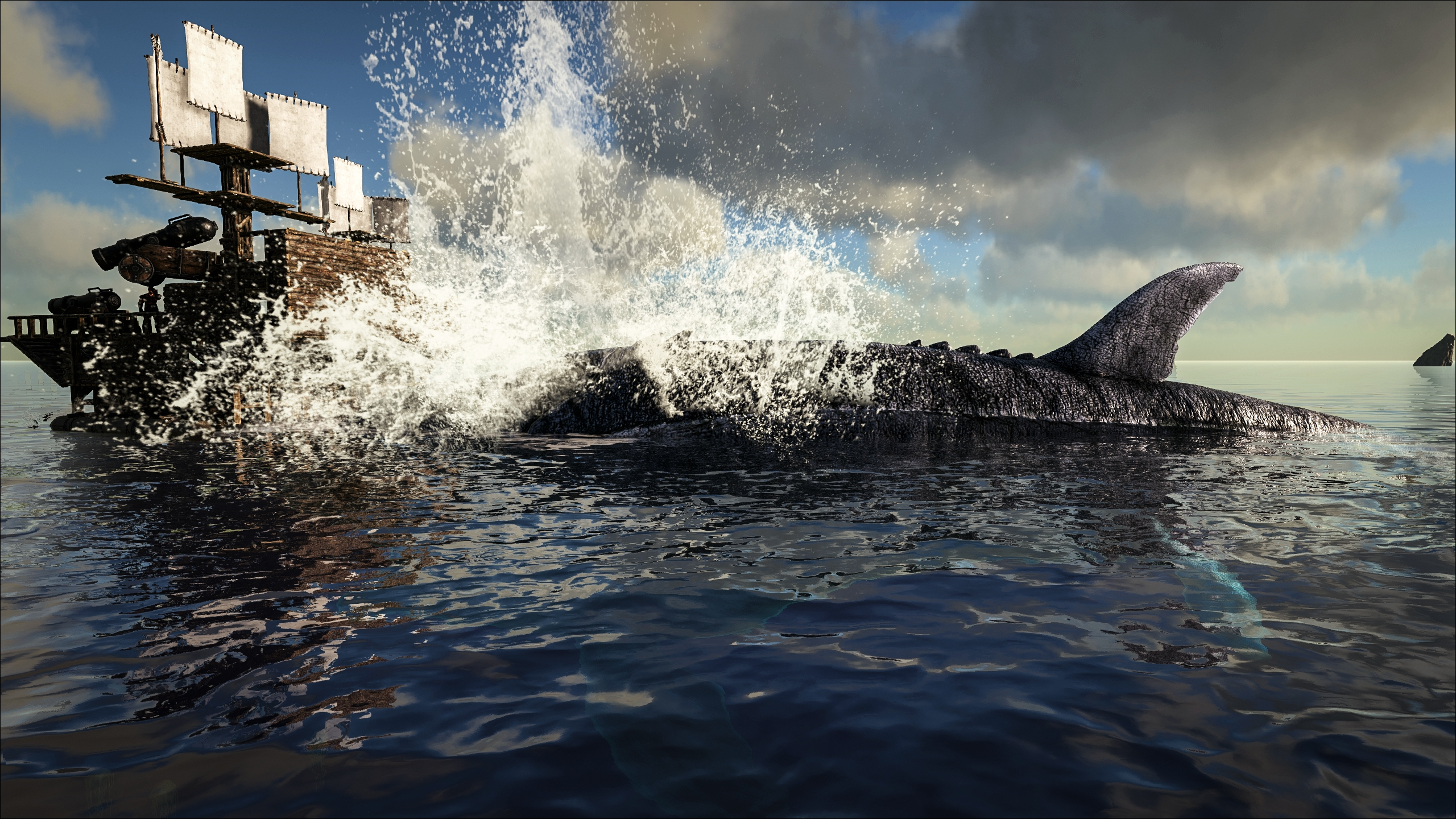 As a title for the survival category Ark is one of the most attractive selection on the market, especially for all those who like dinosaurs and a universe with touches of science fiction, in addition, the game has managed to survive well through a long beta/early access period that has served to improve overall quality as well as adding  more content to the final build without losing its core values.

If you have the slightest interest in the genre or even curious to try out, Ark is a must buy and well worth your every penny.

We prepared this review with a PS4 code provided by Reverb Communications.